Discover the mystery of a broken land.
Shadow Heroes is an online game where players from around the world compete in epic battles with hundreds of units using weapons, magic and tactics. Level up your units and customize their load-outs with items you have collected from previous battles. Combine items together to make them stronger and give you an edge in combat. Can you find the enemy's weak spot and exploit it? Are you able to react accordingly to counter your opponent's strategy?

Strategy without tactics is the slowest route to victory. Tactics without strategy is the noise before defeat. ~ Sun Tzu, The Art of War

Multiplayer Game Modes
In Shadow Heroes, you play through a series of battles that escalate quickly and vary depending on you choices. Depending on the game mode, you will have different objectives. The game modes we are currently planning are:

Singleplayer / Multiplayer Experience
We didn't want you getting stuck on a any particular level when it came to the single player campaign. The goal of it is to tell a story that is enjoyable and challenging but if you can't make it to the end because of one troublesome part, then it's no fun at all. Because of this, we setup the leveling and item systems to be cross compatible between single and multiplayer. This way if you are stuck on a single player mission, You can go play some online matches to get better items. If you are stuck at a certain rank online, level up your troops in single player missions to unlock their potential.

Active / Passive Items
Shadow Heroes has two types of items in it. Active and Passive. Passive items provide bonuses to your units stats and in some occasions, abilities that the AI will use automatically. Using passive items is a great way to boost the overall effectiveness of your army without adding to your workload. Active items on the other hand only provide bonuses when you select the unit with the item and activate it. These effects usually come with some added bonuses or additional control like being able to focus down individual targets. The down side is that they are a lot of extra work and are hard to use efficiently! If you are up for the challenge, they can really help turn the tides of a battle. 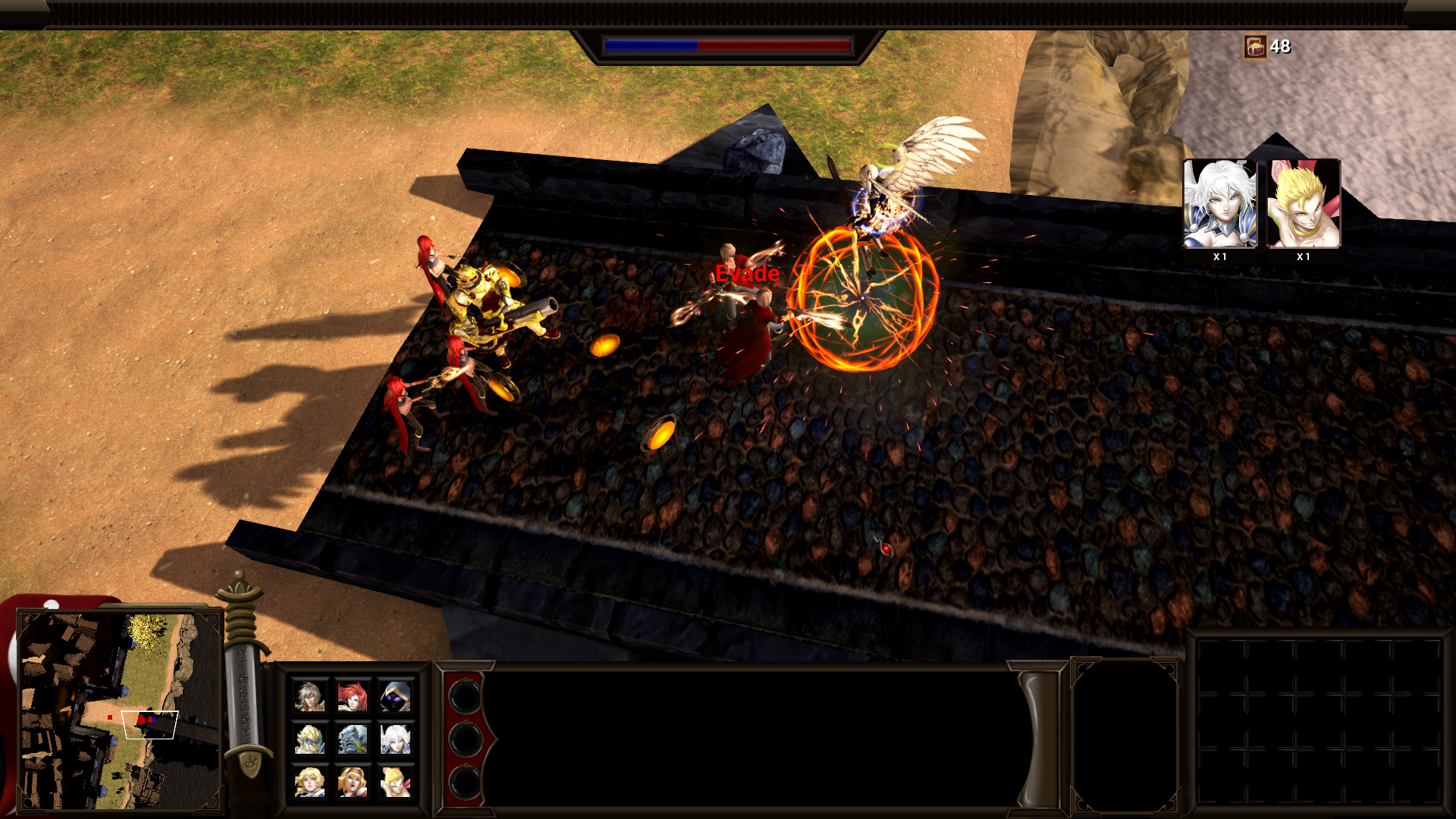 Let us know what you think! If you like what we're doing, please leave a review. There are more updates coming every week so keep your eyes on the Shadow Heroes: Vengeance In Flames Steam Page. Thanks again for your ongoing support, we hope you enjoy the changes!

We have tons of updates as we prepare for steam greenlight. These are just a few of the major ones.

Thanks for giveaway :D
Good luck everyone!