DISCLAIMER: All of the content below is heavily conceptual and may never be in the game. All Images and Text are stand-in. Please read this before taking the images out of context!

@Max We were about ten hours deep into discussions about logistics changes when Dukesalt posted his Reddit thread about everything he thought was wrong with Logistics. We didn't ask for it, never even hinted at it, but there it was: concise, painfully critical, but constructive. Now it's not like we took this feedback as gospel, far from it. All of us could hardly agree on what, exactly, he was saying. Instead, we took what he wrote and composed a set of goals that we felt would satisfy at least the major points and what we wanted the future of Foxhole resources to be.Tactile Resources over Automation:No more hiding behind complex UI or backend number tweaks to tape a broken system together. We preach all the time that every bullet, every vehicle is made by the players. But it stopped feeling that way. Our logistics players were pushing buttons and watching timers tick down. And while that is inevitable for some aspects of the game, we wanted to get rid of that as much as possible. 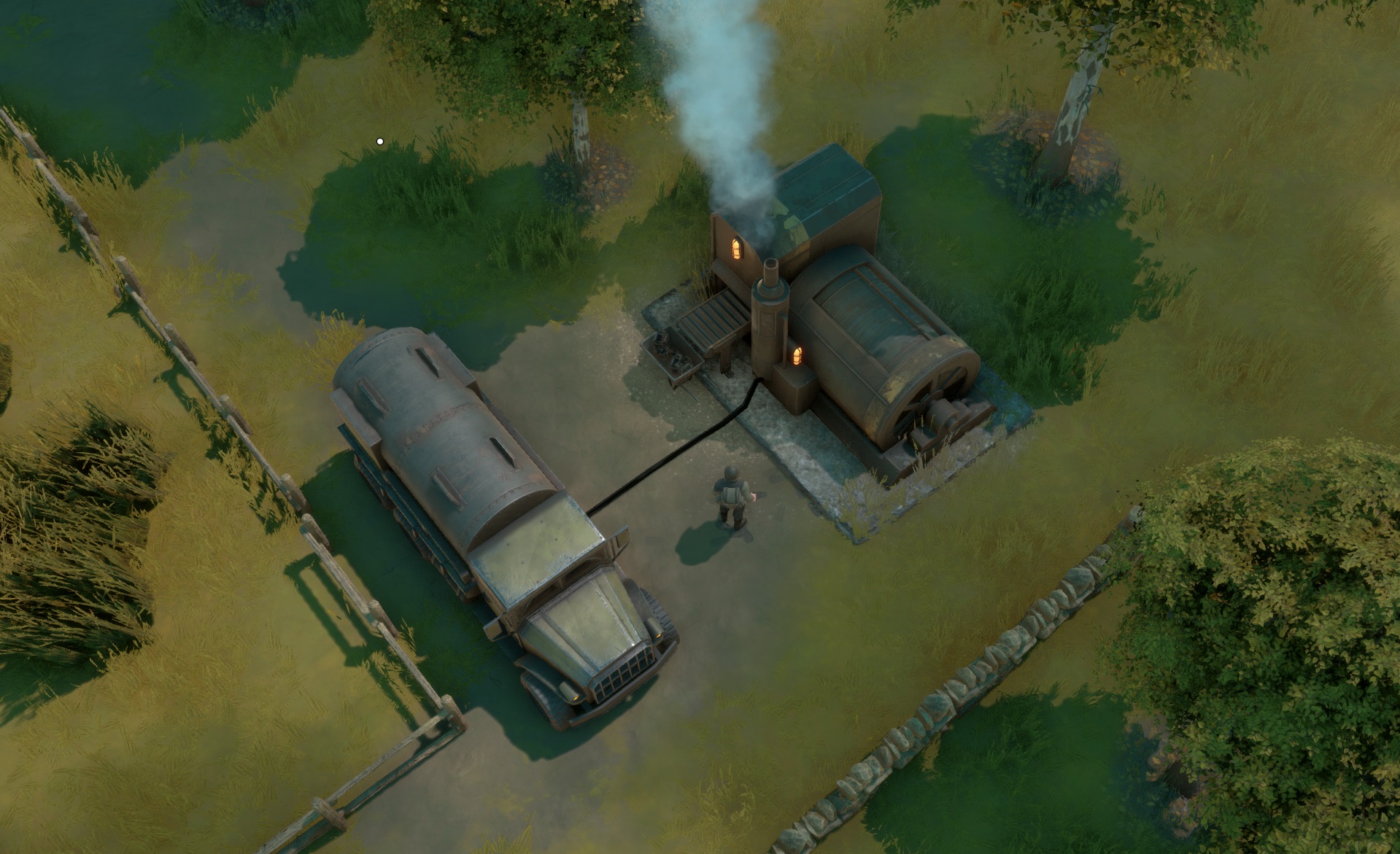 We almost got rid of mines entirely, but we think they still perform a critical function of making towns at least marginally significant economy-wise. We don't like having players droning mindlessly between nodes, so instead these mines should be seen more as supplements to other resource gathering operations. 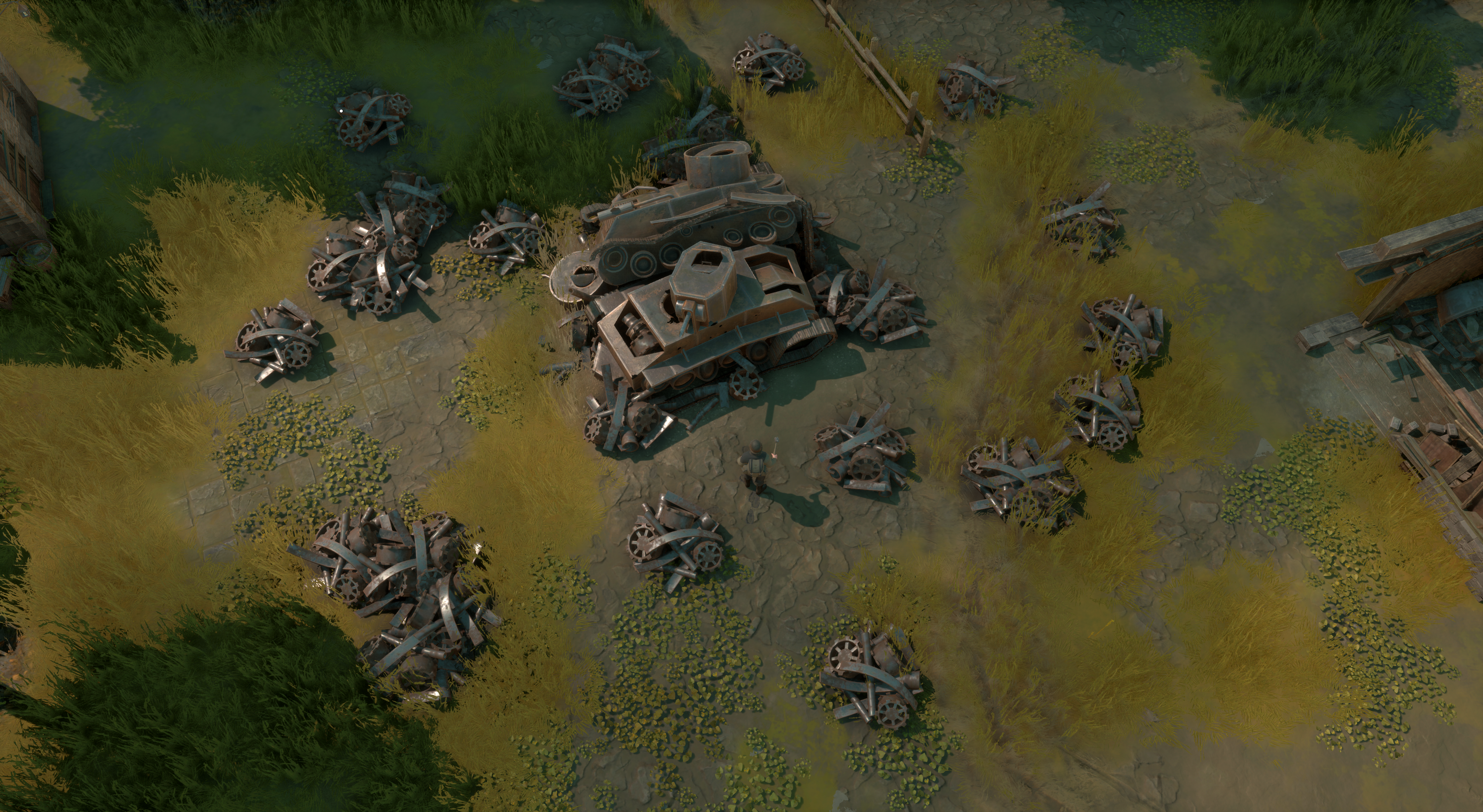 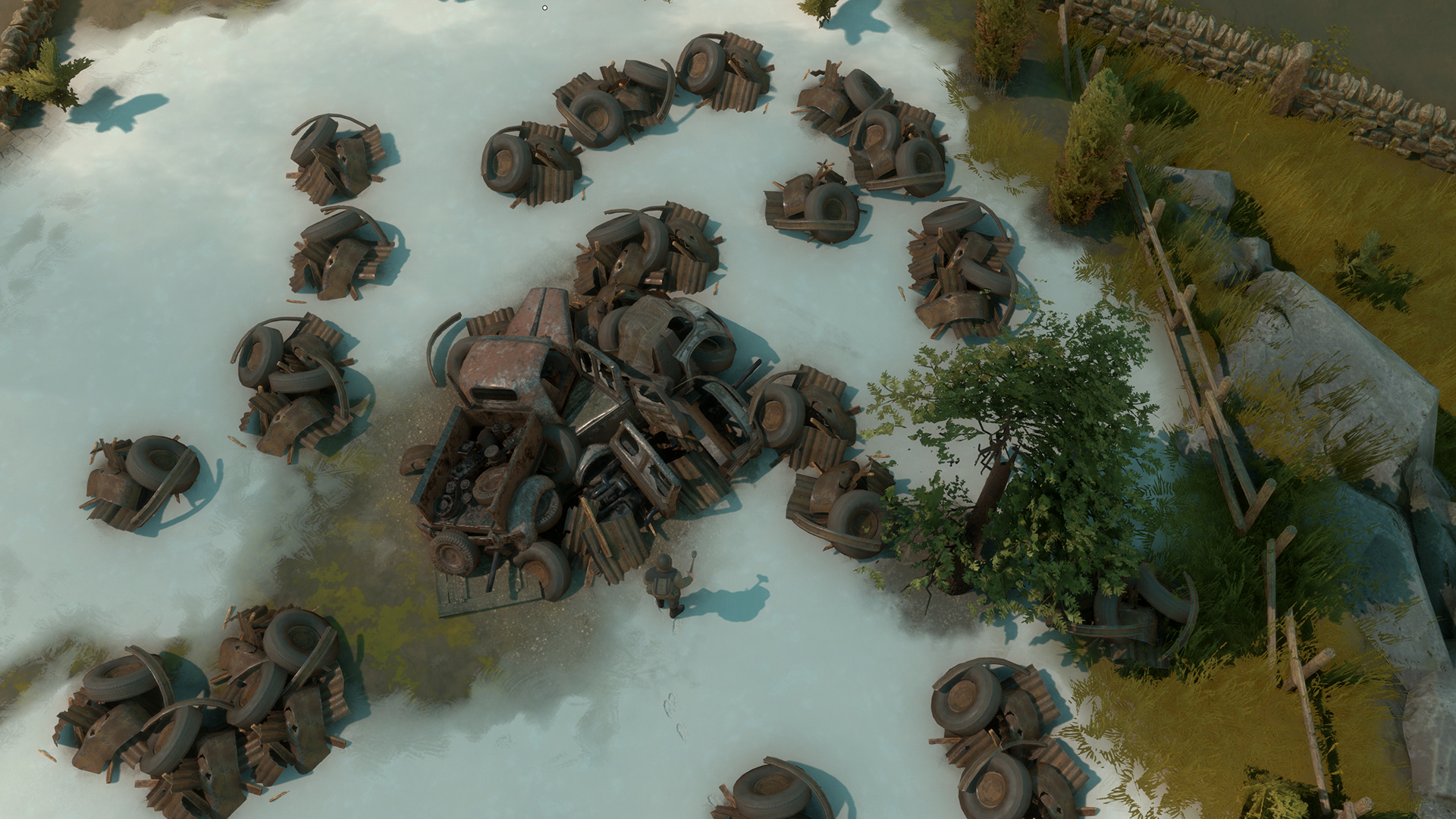 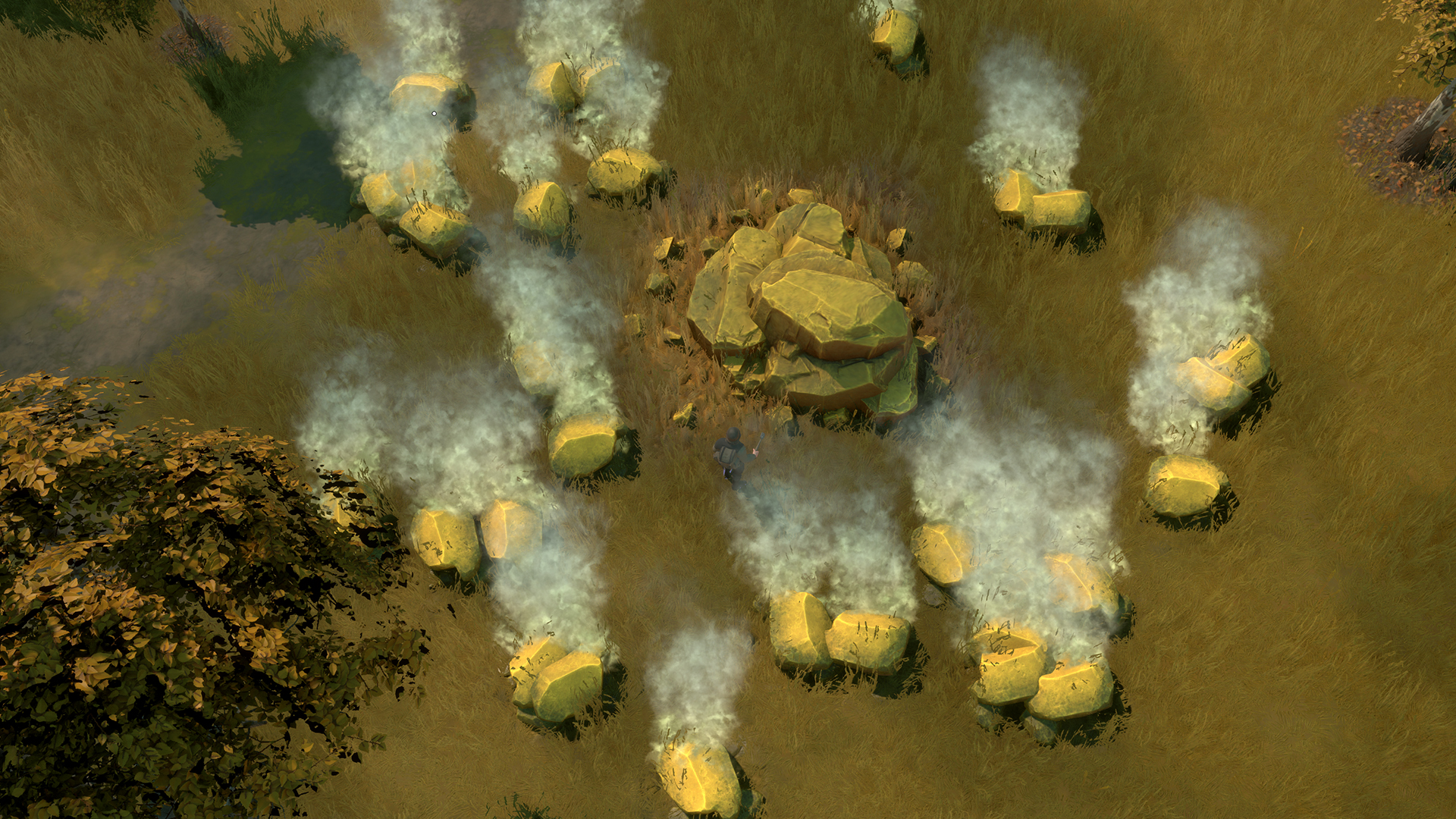 Nobody likes holding down left click to mine resources, but that's a huge part of the Foxhole identity (refrain from riot for a second). That isn't to say we want our players bored out of their mind for the sake of 'the grind.' We want to build on its complexity in a cooperative way. 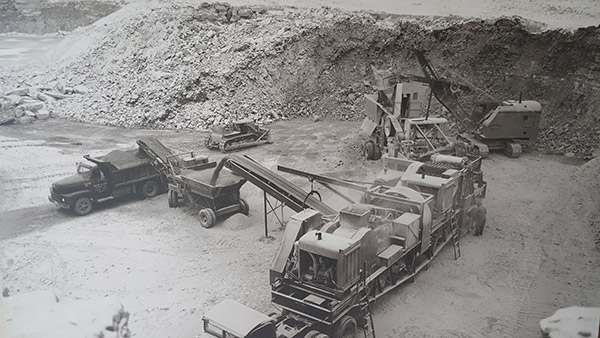 This is what our ultimate vision for a Foxhole resource operation should look like, just add guns! We want to see people mining, some driving, others guarding or scouting, and we want it to be a fun, communal experience.

Ever since port bases were implemented, resources have meant nothing. Fuel, scrap and sulfur all spawned ad-infinitum in complete safety. So we're going to stop holding the players' hands for resources. If you aren't fighting to secure resources, you're going to lose.When material fields respawn, it should be an event. Players will want to mine them as fast as they can. Partisans will want to disrupt them. And when you mine out a mountain of sulfur, your mind should be reeling with the possibilities of how to spend it.Individual Player Decisions over Streamlining EconomiesPlayers naturally gravitate toward streamlining their economy, and we only helped them do it with the Industries of War update. We were to a point where logistics players could have been turned into bots, and nobody would have noticed. 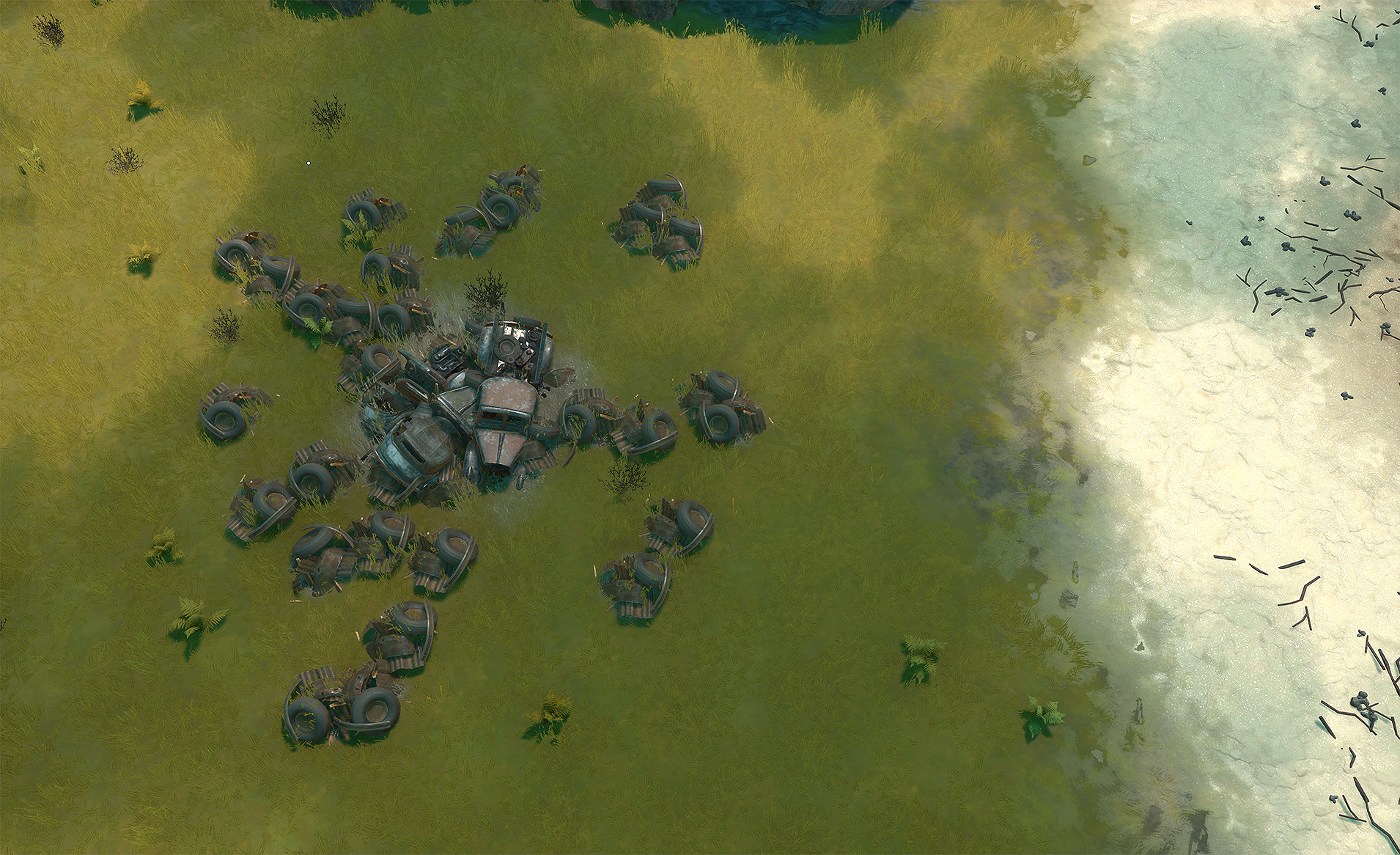 Resources will move between wars to slow down the development of a meta. If we want players to make by-the-minute decisions, we have to make them always re-evaluate their circumstances. Survival is adaptation. 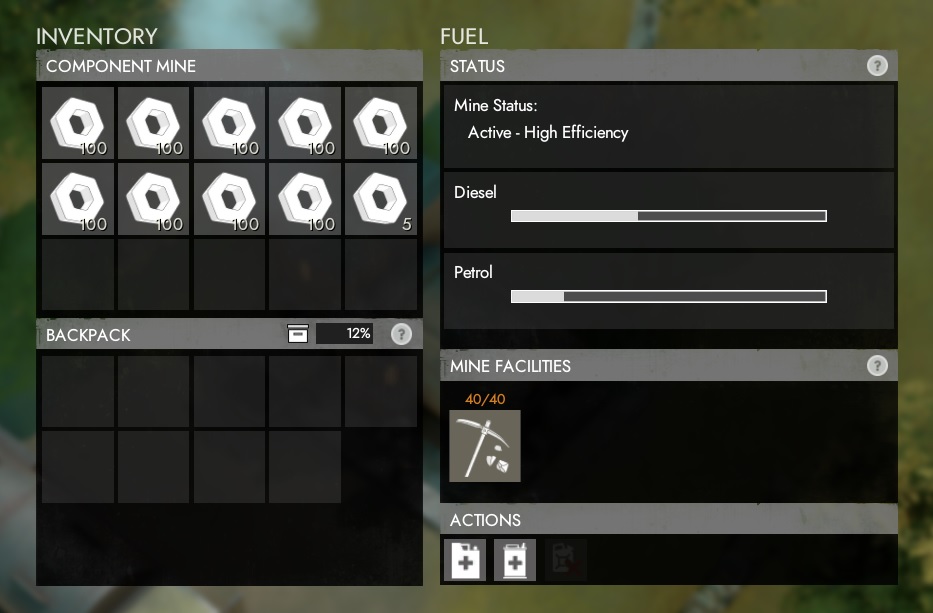 The reason mines used the order system was that we wanted players to have a guaranteed pickup. We thought it might be frustrating if they arrived behind another logistics player and had nothing to grab! That will now be possible, but also it'll be possible to stumble across a town brimming with resources that may just make it the most valuable economic objective in the world until you and your team empty it out… And that's at least a little cooler than it used to be.Take pity on me, because this was a hard devblog to write without touching on logistics which would have made this the longest devblog ever, so I'll leave that for the next guy. 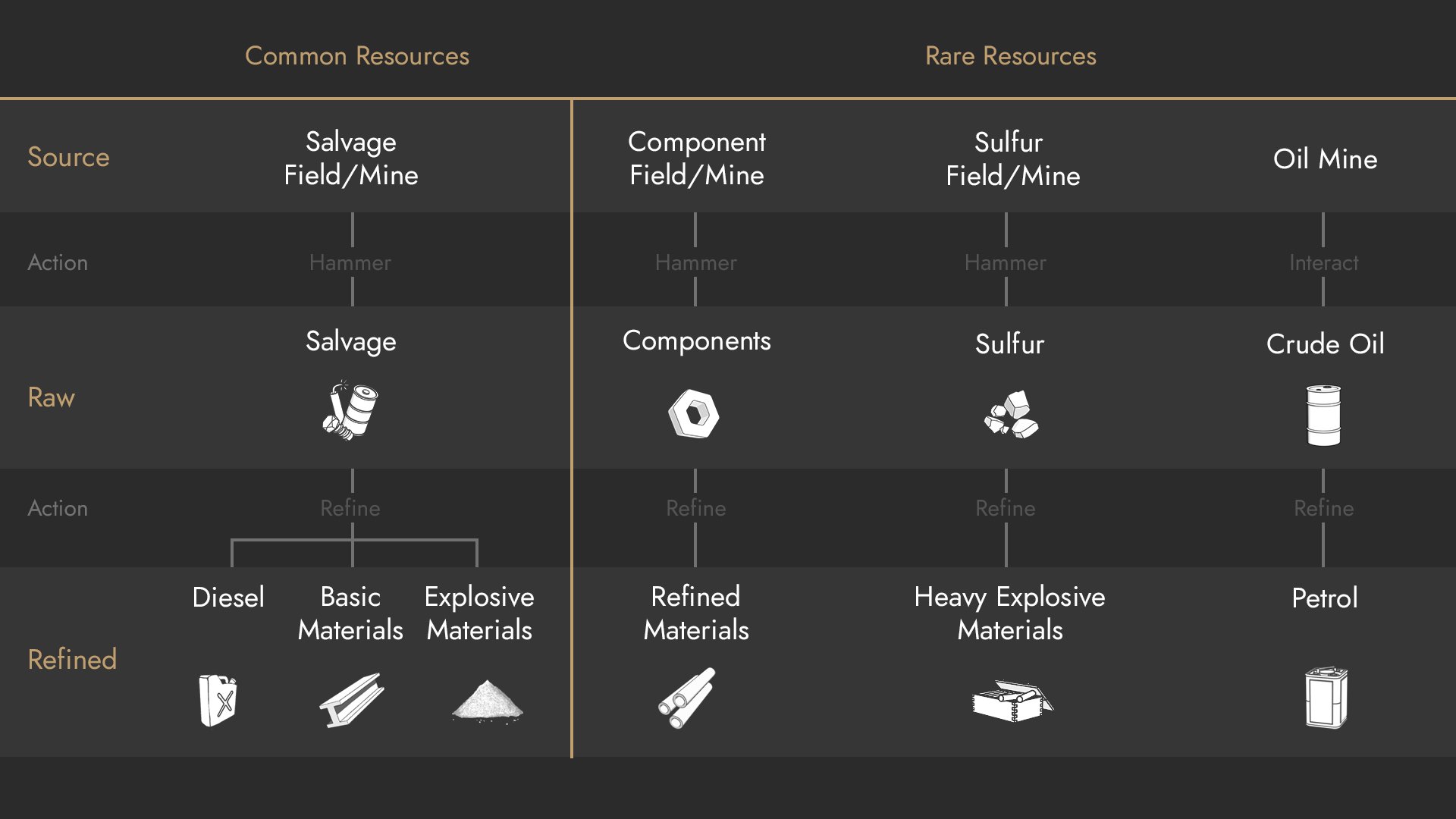 @MarkRemoving the Port Bases has been one of the most challenging game design and technical problems that we've had to face, which is why we've kept them in the game for so long. Port Bases were safe zones that conveniently resolved a lot of edge cases in gameplay so they served a good purpose when we transitioned to World Conquest, but they also prevented the war from being as dynamic as it could be. The first thing that we had to become square with, was the fact that there was going to be quite a bit of pain involved in making this happen, both for the dev team and the playerbase. However, we knew that their removal would be the key to eventually delivering a fully open ended war sandbox with very few magical barriers or artificial safety nets. This change had to be done even if the cost would be great. Removing the Port Bases presented many problems that needed to be solved, including a total redesign of the economy, a reconsideration of how we distribute towns, changes to the starting conditions of a war, and more. However, the biggest problem was how we were going to resolve the scenario of one faction being pushed out of too many or possibly all regions, resulting in the game being unplayable for the other side. 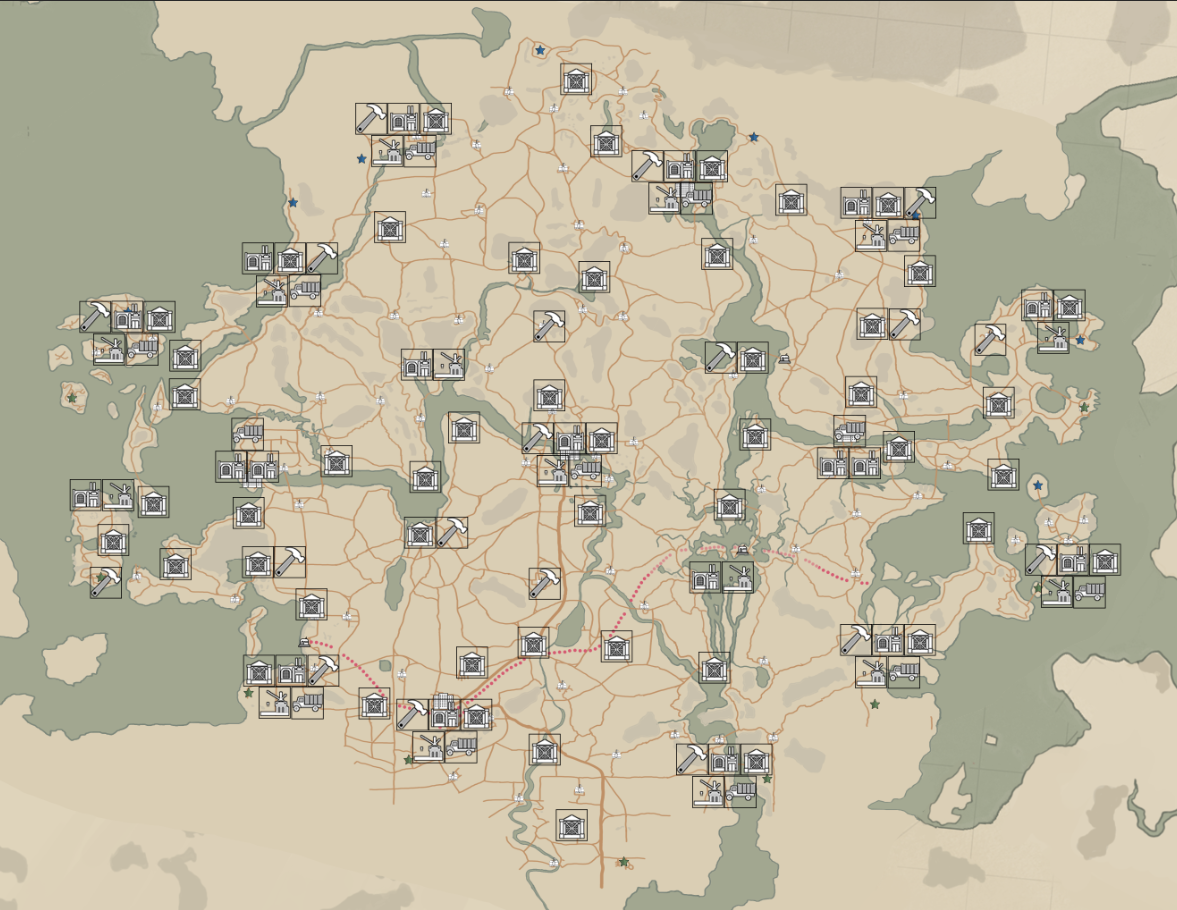 A post Port Base worldWe explored many solutions, including some that resembled bringing back some form of a Port Base like system. In the end, due to scheduling constraints we decided to defer any novel solution to the future and instead use existing tools to get our foot into the door of a Port Base-less world. Our current strategy for solving this problem has three parts: 1) Tune the win condition in such a way where its naturally easier and faster to win the war than it is to push one side out of the conquest. 2) Make game balance changes to naturally slow the pacing of wars without an artificial barrier. 3) Discourage players from holding out on triggering the win condition so they can push them out of the world instead (i.e. "toying" with them) To implement this strategy, we are going to be removing the artificial barrier to the win condition once again (by not requiring tons of Upgrade Parts to claim victory towns) but will make game balance changes to push the pacing of the game towards naturally longer wars. These balance changes will take months to implement as some of the issues have deep roots, but we will start with a few things in Update 26. These changes will be discussed further in the coming week, but generally speaking players who invest in building up towns will be rewarded with more fortified towns while those that prefer aggression while disregarding everything else will have a harder time in holding the ground they gain. These changes are going to be the small beginning of our longer term plan of rewarding the hard work of dedicated builders while nerfing low effort structure spamming. 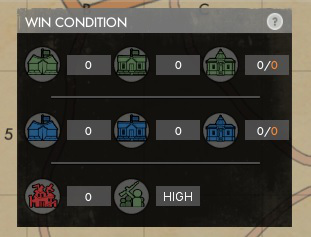 In addition, to discourage one side from maliciously holding back on winning the war when they already have taken enough towns, there is a chance that an Uprising will happen at a town owned by that faction in this case. This way, if this rare event occurs, there is a guarantee that at least a certain amount of players on the losing side are able to enter the war instead of being locked into their home regions. The chance of an Uprising happening will be indicated on the new Win Condition widget that will be visible on the Unified map screen. To be clear though, if the system is working as intended then Uprisings should only occur if one side is acting maliciously or some other unintended edge case has been hit. Also note that we will be looking for other ways to resolve this corner case in the future so this should be viewed as a temporary solution.We are nervous as hell about entering a post Port Base world and we know that there will be great challenges ahead. Update 26 is a new beginning that will be uncomfortable for many including us, but we're incredibly excited about possibilities that a fully open ended persistent world will bring.Unfortunately it's very difficult to explain all the finer details of these changes here without writing an essay and I'm sure that many of you still have a ton of questions regarding this topic. I hope I will be able to answer some of them during the Discord roundtable on Friday and on Reddit in the coming days.

@MattIt's that time again, on the road to update 26 where I talk about some maps and show you some screenshots. 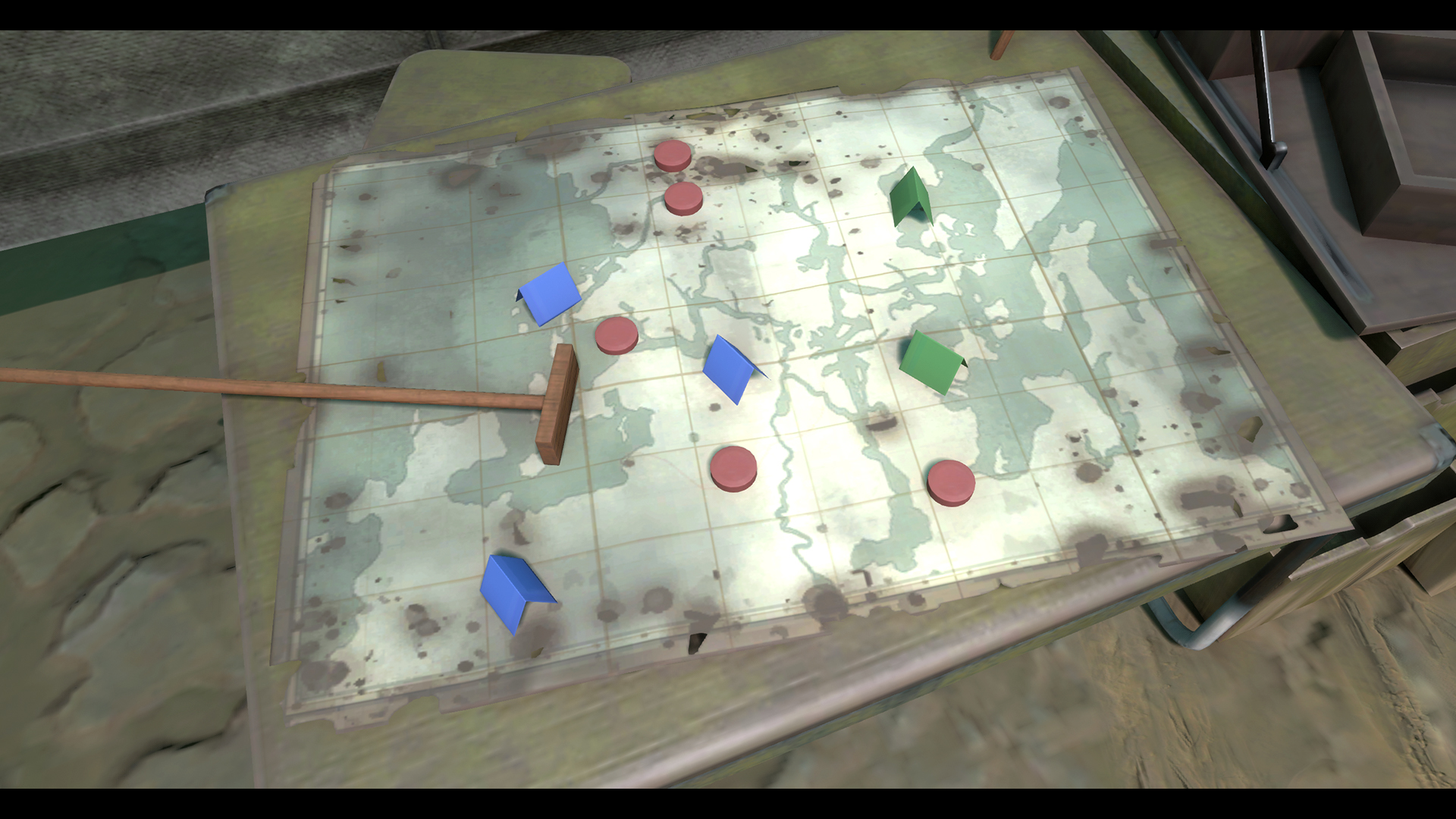 Almost every cat is out of the bags we filled, and now they're wreaking havoc, clawing your faces or purring on your lap. We've announced our major logistics overhaul, we've shown off the entire world, and we've announced hex borders. Boy, what an update this will be. Foxhole? What's that? I've been enjoying highlighting these new maps with you all. It's been a fun challenge. A lot of Foxhole is in how you interact with the world, not the world on its own. Though we try to make memorable locations--cough, Jade Cove, cough--until you get your boots on the ground, you just don't know how it's going to play out. I sincerely hope you enjoy this world we've been building.

Shackled ChasmIn the southeast corner of Caoiva lies The Shackled Chasm, a path cut through the rocky crust of the earth straight to the border. One must take care when navigating the clear blue waters of the gorge. Abstract rock formations cut deep into a winding river fed by northern mountain runoff. 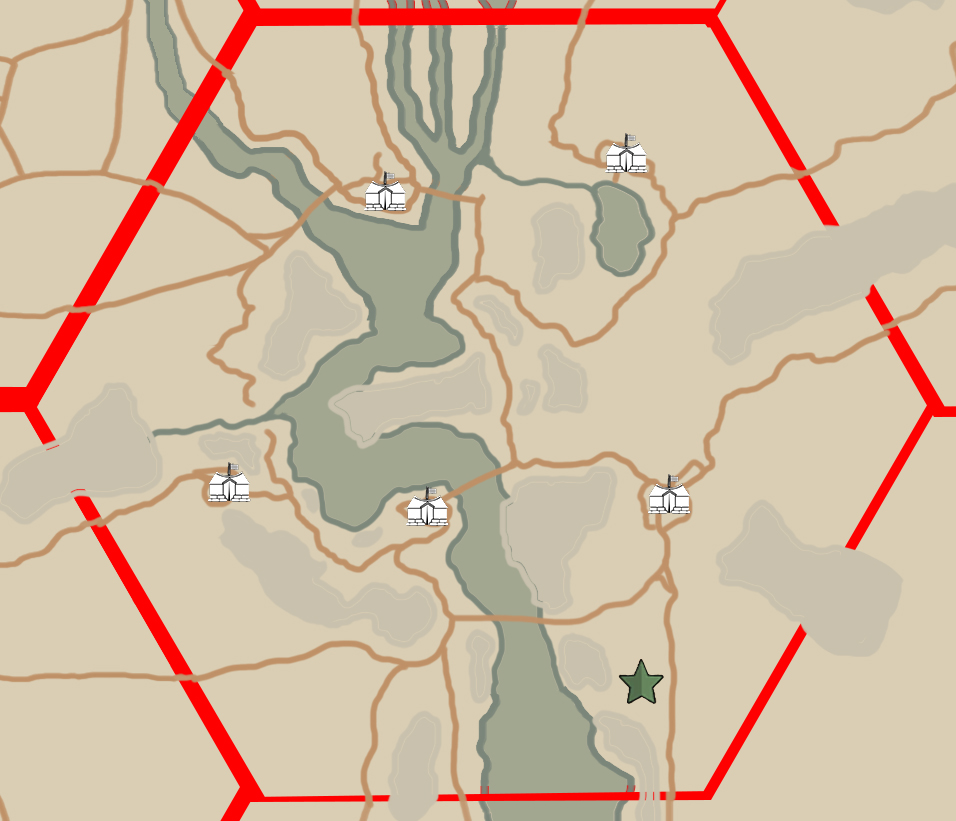 Shackled Chasm is one of the southernmost maps in the game and definitely the rockiest in the region. Colonials have been complaining about endless fields of corn for centuries. Most of them just never walked a little east, I guess. 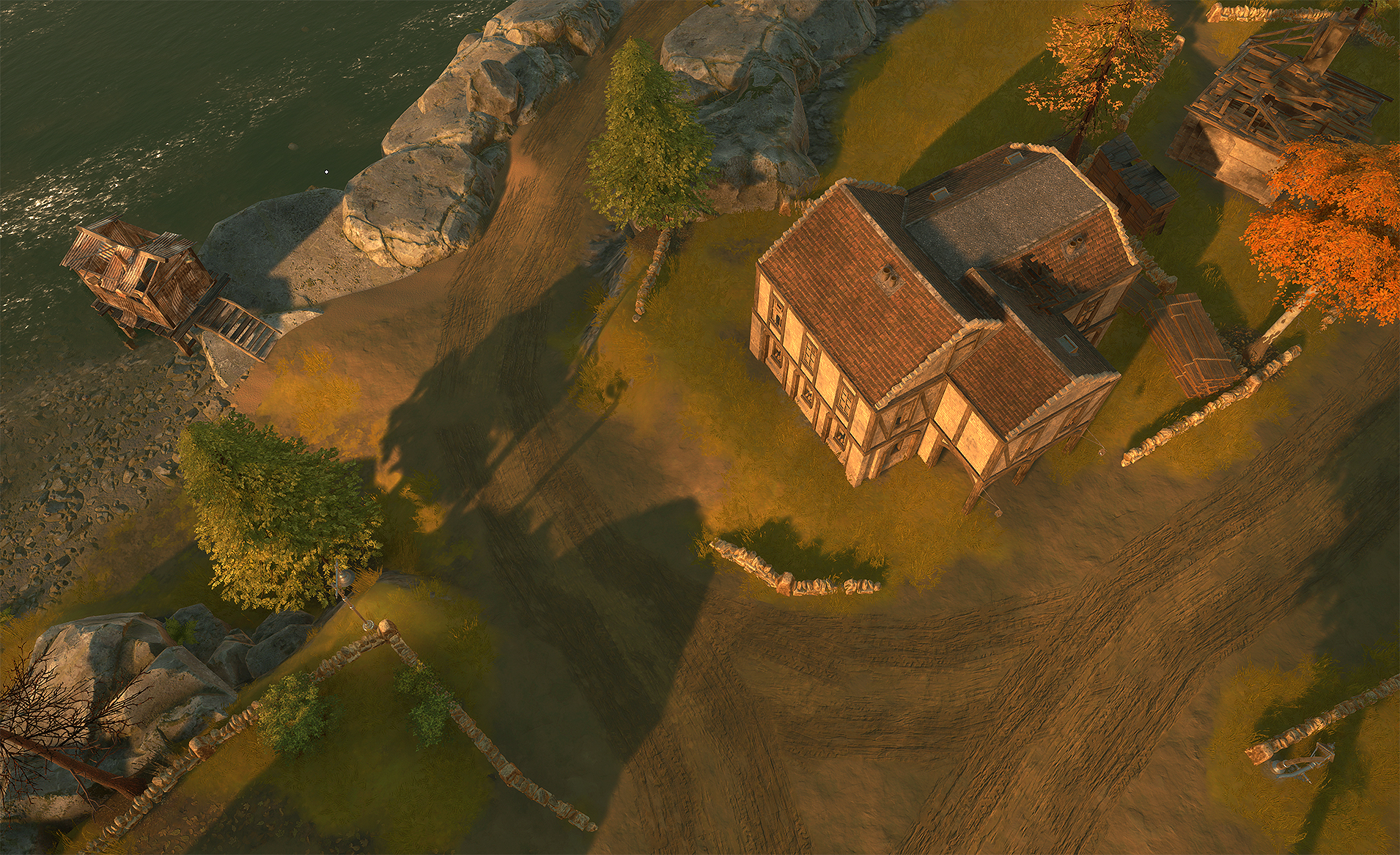 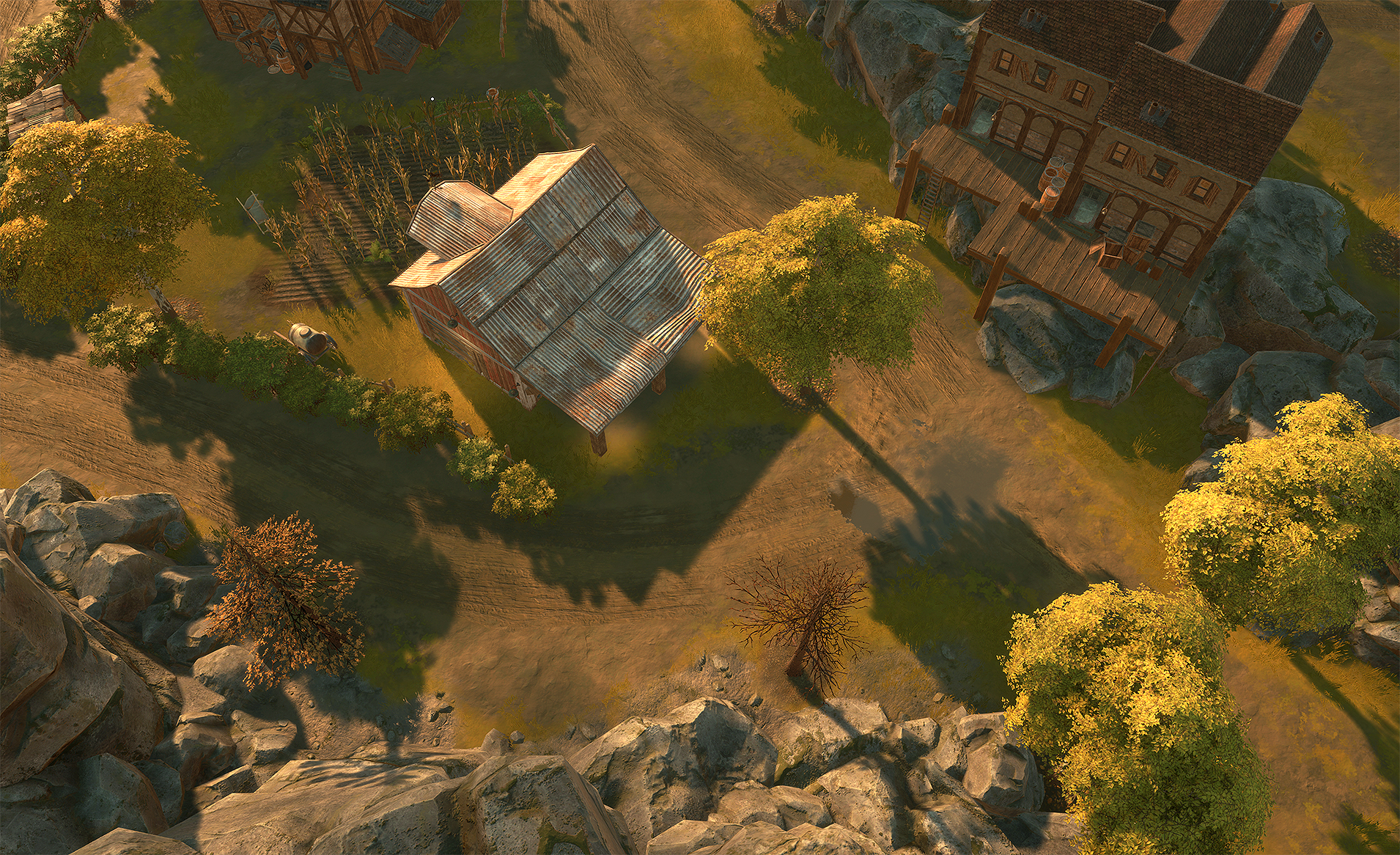 StonecradleThere's not much at the edge of the world, but for the Stonecradle. Sprawling flatlands brush against rocky shores upon a vast, arcing peninsula. Since the wars, it has become the perfect home for outreaching airfields, and a grave for countless unlucky aces. 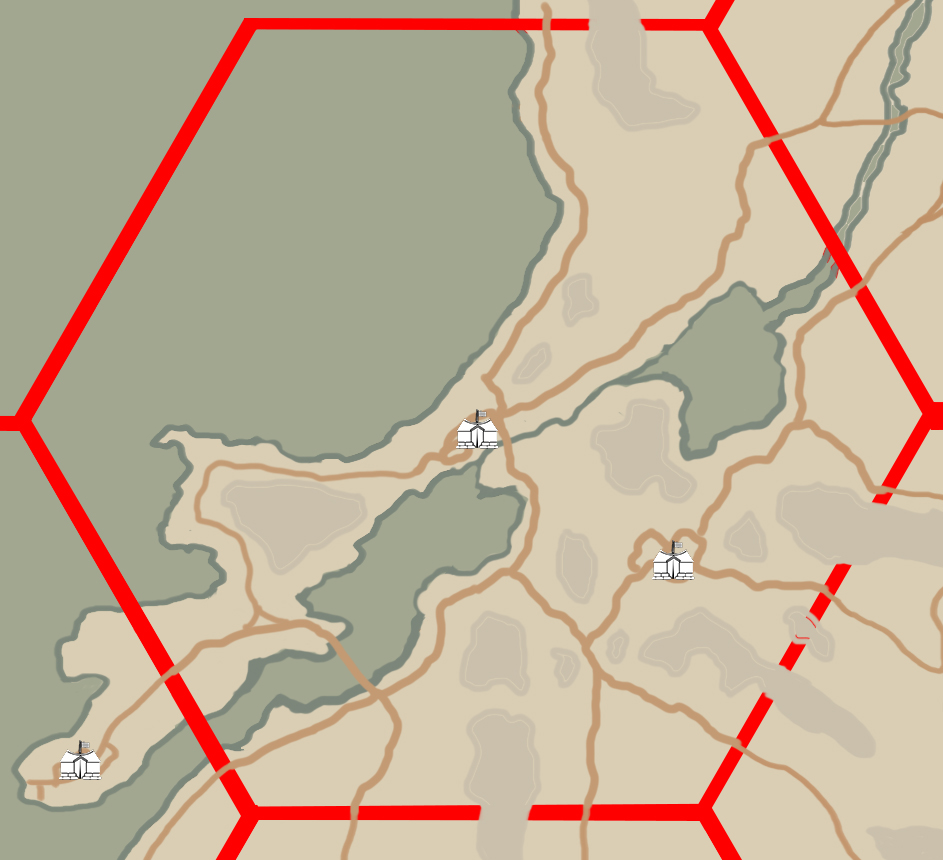 Want to add a caption to this image? Click the Settings icon.The Stonecradle is one of a handful of maps that is mostly wilderness. The few small towns in the region are remote and quaint. There should be plenty of room to stage a wide checkpoint or build a fleet for a naval landing. 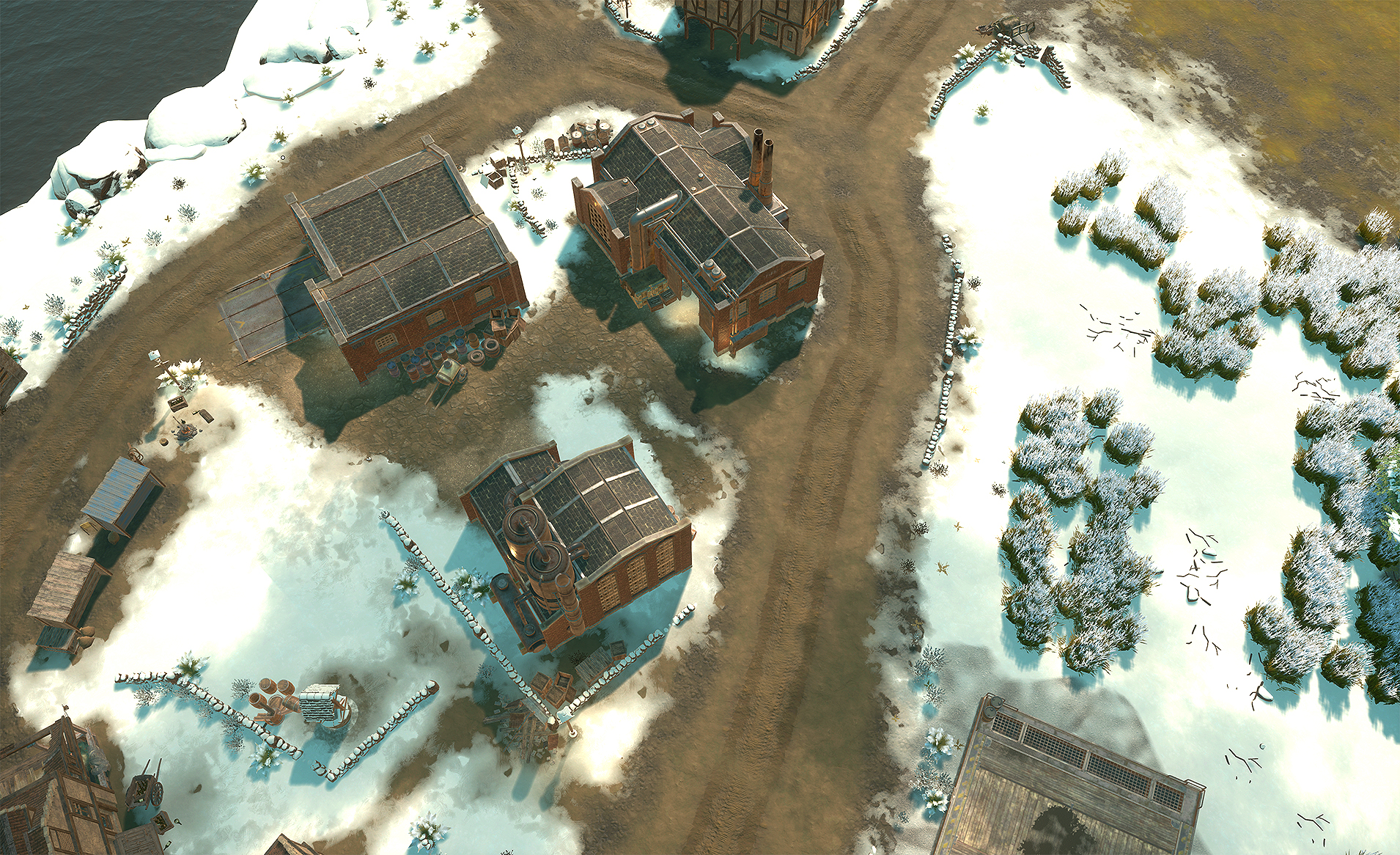 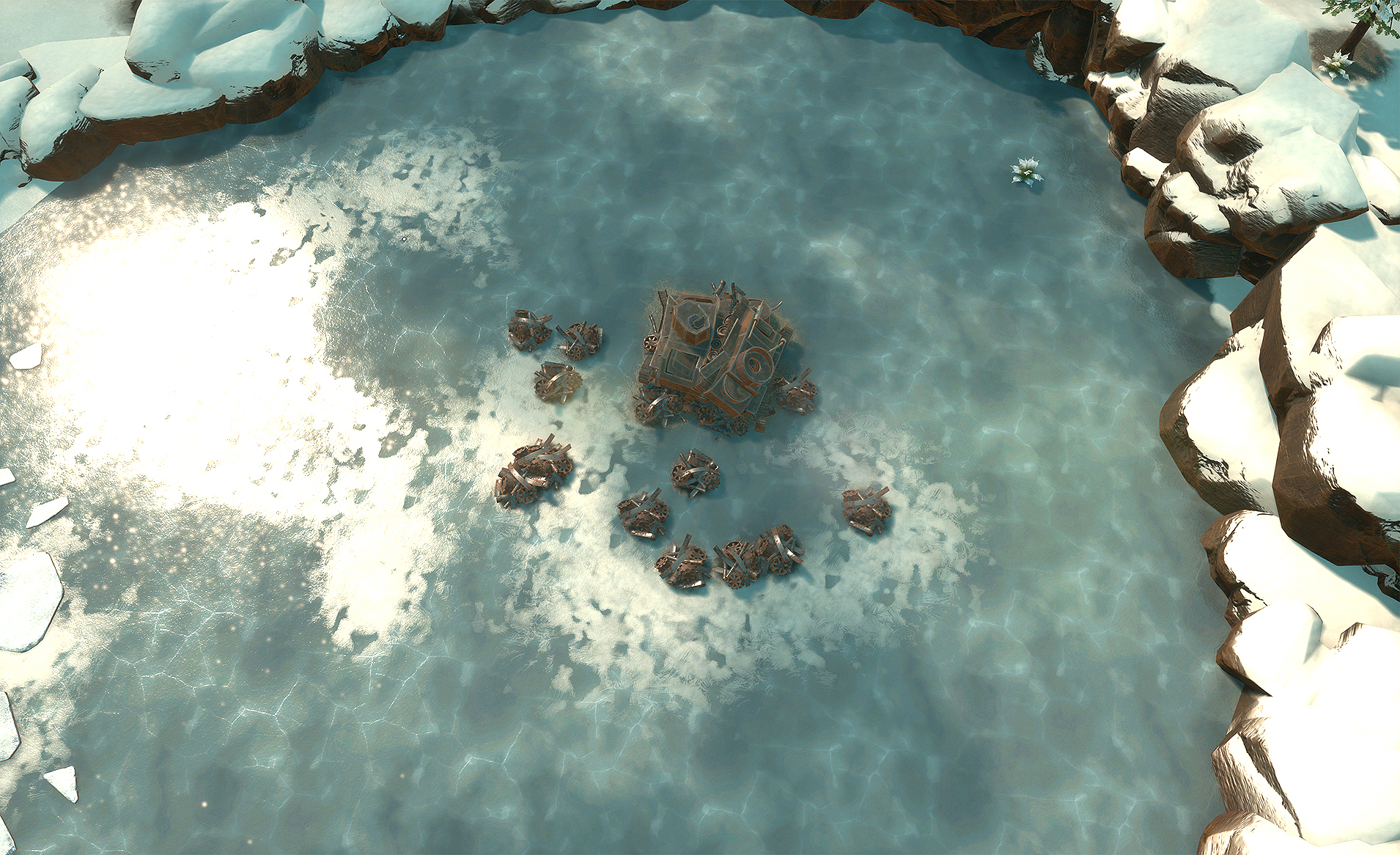 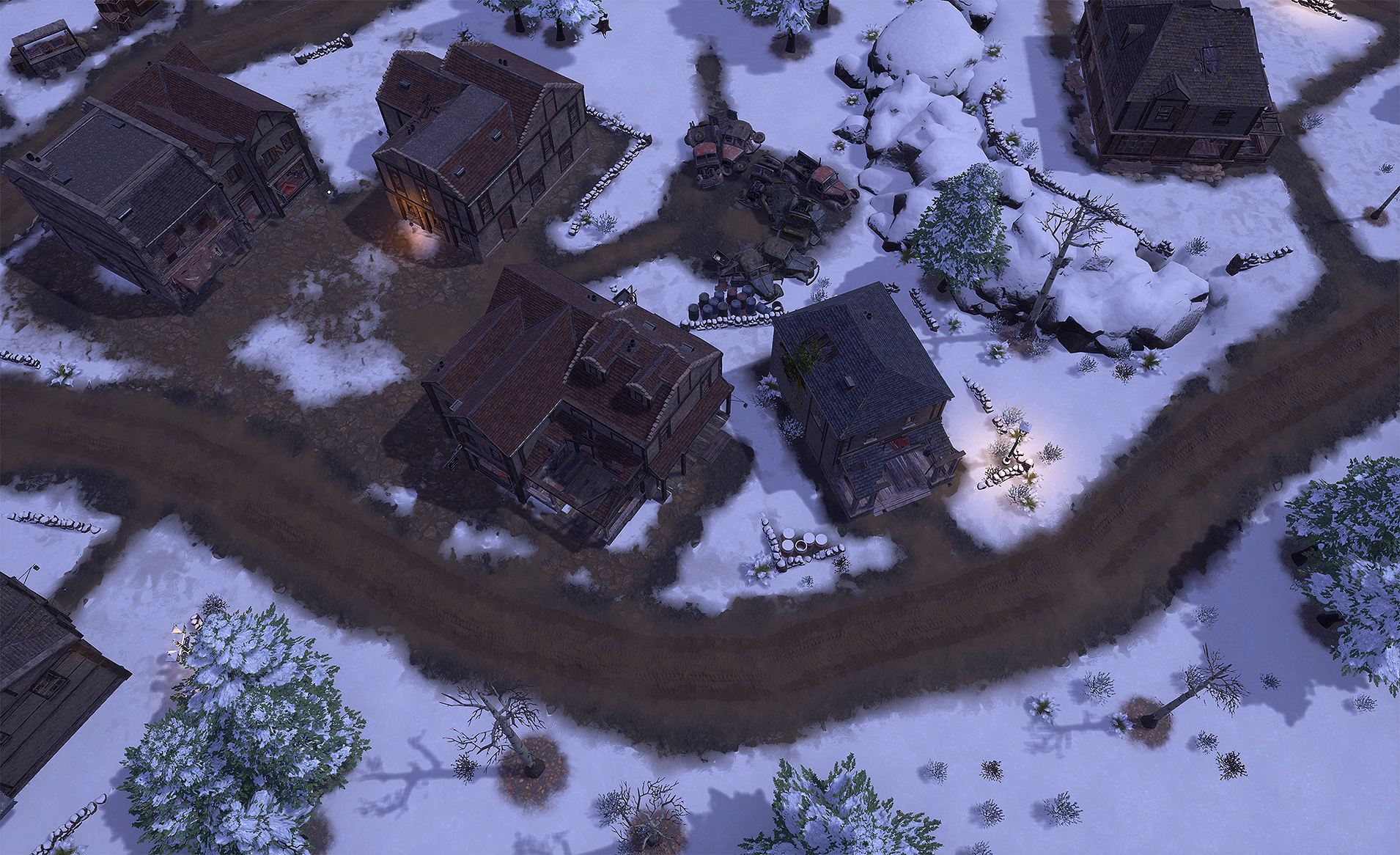 GodcroftsA winding atoll lined with berths is the perfect hideaway for smugglers and reavers seeking to break bread. The Endless Sea is to the brim with corpses of fools who began their journey from the Godcrofts. It's no wonder so many fear the place: it's the first brick on the road to hell. 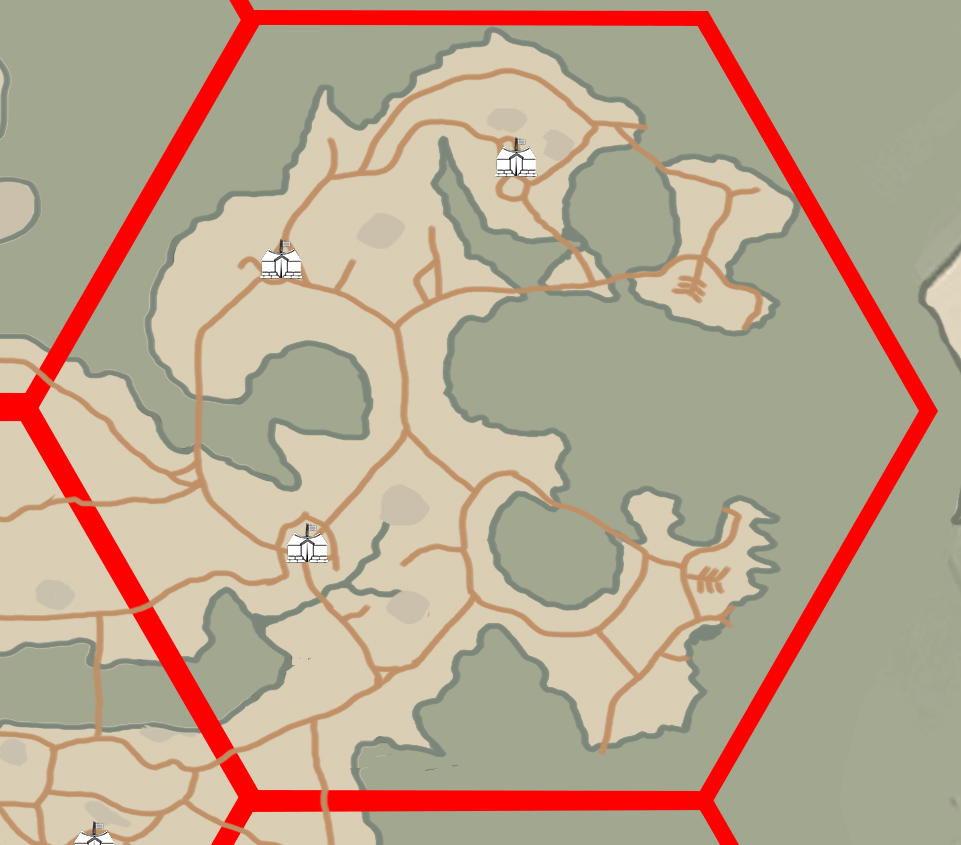 One of the most significant changes to existing maps is in the form of Fisherman's Row. The old 'Row was one of our favourite maps internally, and I'm happy to announce that it's been split off into a more classic form. Meanwhile, the additions that came later have the opportunity to shine on their own merit in the form of Godcrofts. 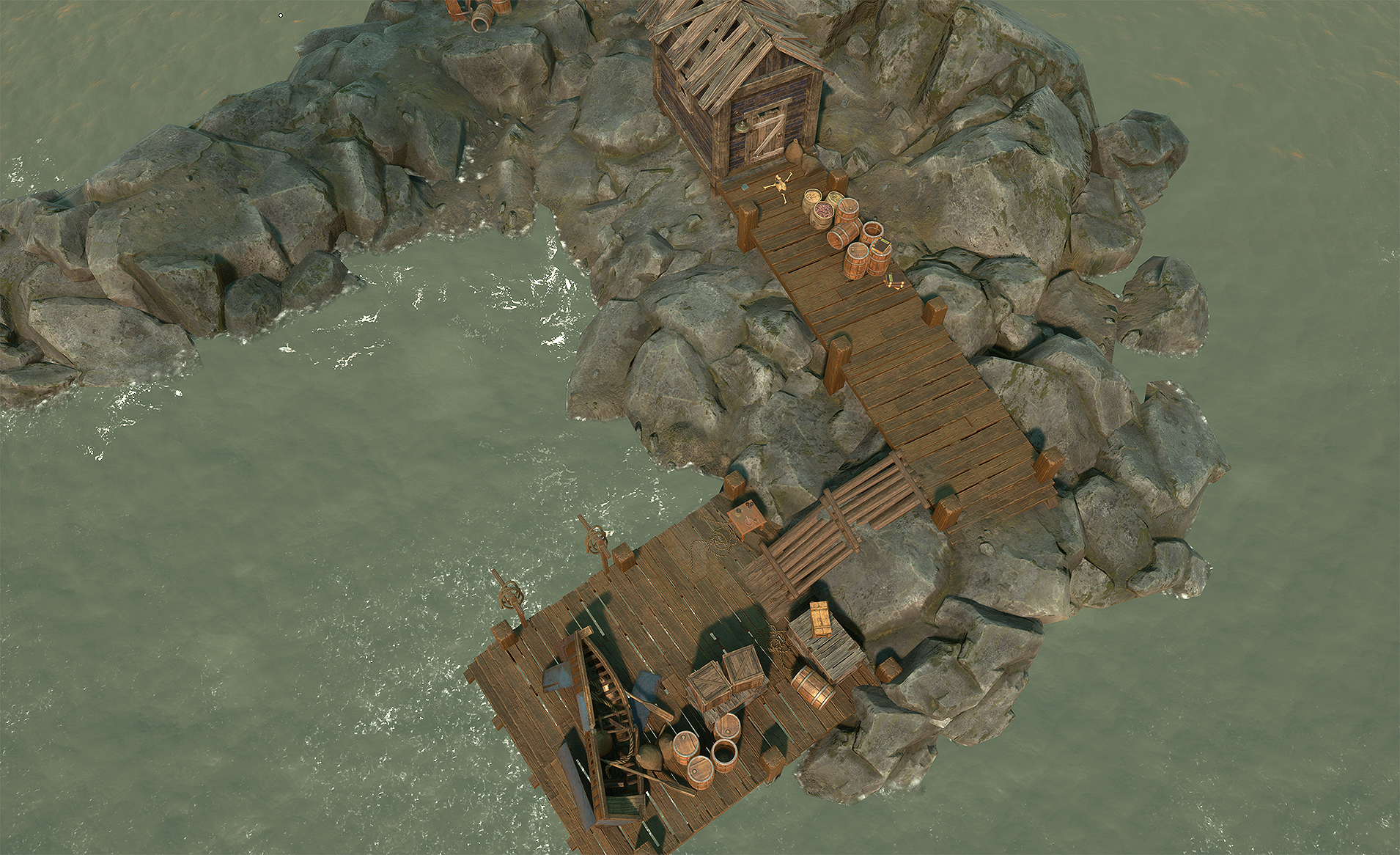 With that, we have come to the end of the Expanding the World blog series. Thank you guys for coming along on this journey, and look out later this month for update 26 and the foundation for a whole new world in Foxhole. As always, stay foxy,- Matt ------ 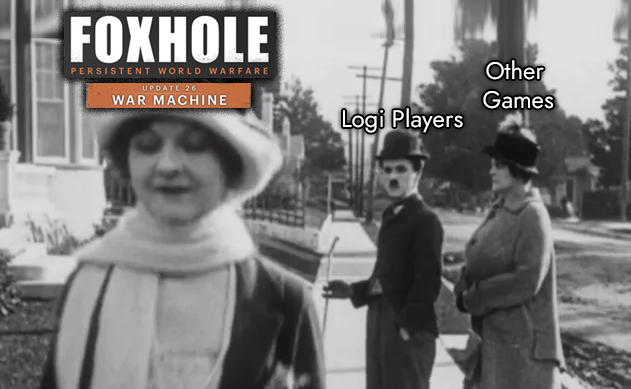