This week we decided to take a small break from the animations and wanted to show you a little bit of our current art in game studies that are being worked on, at the moment!

In our previous posts we have been showing you the main character animations progress, but this week we decided to take a small break from the animations and wanted to show you a little bit of our current art in game studies that are being worked on, at the moment!

For the inside of the temple, we have been discussing a few ideas between the team that could work for the game, as for that our artist decided to start working on some art in-game studies, so that it becomes easier to understand how many assets will be needed to build our level, as well as the size of each one of those.

Our artist decided to start with the first section of the temple, he made four different designs with some slightly changes that ended up being discussed among the team, of which one might work the best, this first room is being inspired by super traditional looking Japanese temple walls, although this is the only section done so far, it has helped the team to get a better idea of what might be the final art outcome with the current level design.

Besides the temple, the game will have a little outside area and for that our artist started working on some tiles, he has worked a bit with colors and shapes, and after some discussing with the team he ended up adding a bit more of contrast on the grass area, which is more noticeable on the last picture, since it was hard to perceive any kind of depth at the begging and that was something we were trying to aim for. 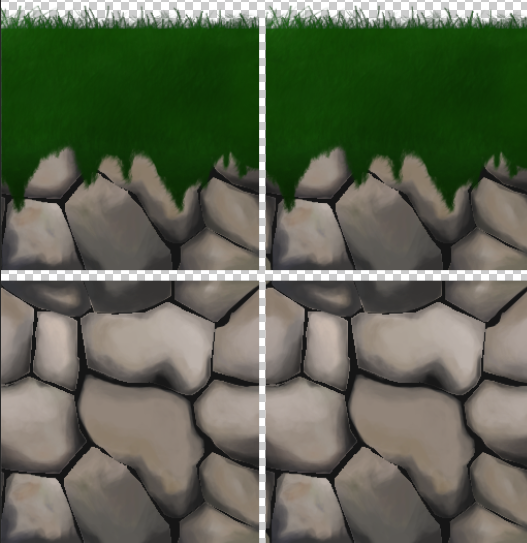 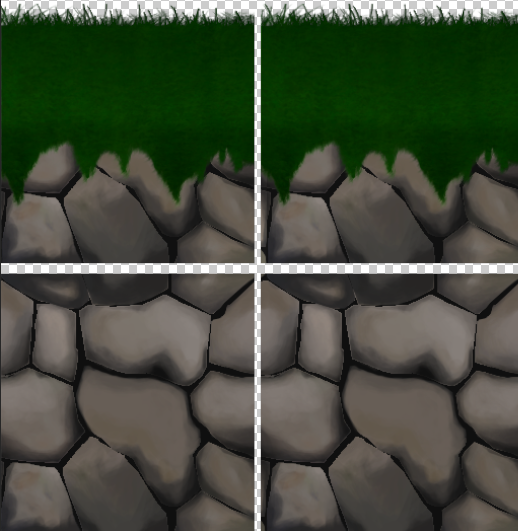 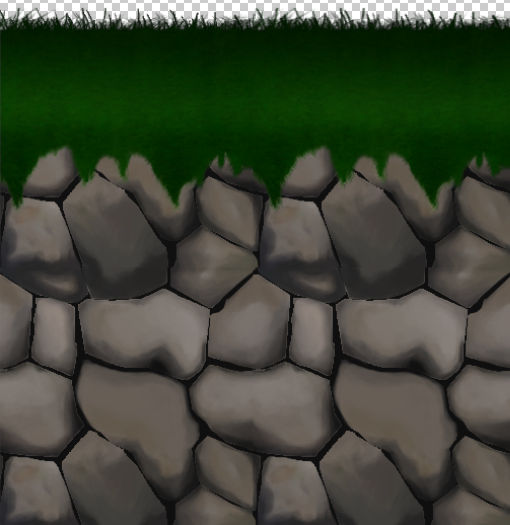