In this update we talk about Combat Animations, Mini Map and navigation as well as new Characters. Also more supported platforms and supporting game systems.

I hope everybody had a great Christmas/Hanukkah/Festive Season, Other and New Years Eve.
We took some time off to spend with friends & family and unwind after a whole year of game development.

Somehow we also managed to squeeze in some game development.

First off, Scott and I wanted to express a heartfelt Thank You to everybody who supported Lord Of Decay by voting for us as Indie DB's Indie Of The Year 2015. Especially to those who shared on social media.

While we did not make the Top 100, we did get a fantastic response from people who wanted to take part in the Closed Pre-Alpha.
Ten winners from Twitter and ten winners from Facebook were selected at random and notified. We're still waiting to hear back from some of you so check your Twitter mentions and inboxes to find out if you were lucky.

If you missed out do not worry. There will be a second wave of Pre-Alpha testers in February.

Mowing down the same peasant characters can get a little bit boring. What you need is a plethora of human characters that come in different shapes, sizes and colours to really spice up your soul harvesting.

Scott has heard your payers and has been hard at work adding some new and varied characters to make the populated areas in the map feel more alive. This is also to experiment and perfect our character pipeline.

I've touched on this before, but almost all of the characters you have seen to date are only placeholders until Scott can tailor make better quality characters.

Work is ongoing so expect models, textures, clothing and other features to change after we complete character concept art.

Most humans have daily activities based in their vocation when you are not around. We have been playing with how humans respond to your presence with something new called Notoriety. You can read more about that on the forum.

Here are a few types of humans that can be found in Lord Of Decay.

Merchants are generally found behind stalls, in markets and travelling the roads in between towns and cities. Their clothing is notably of higher quality and comes in more bold colours. 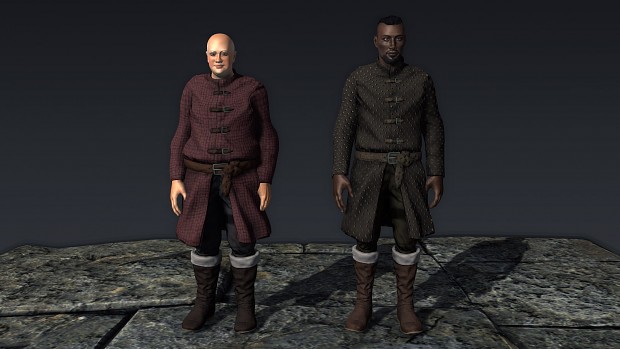 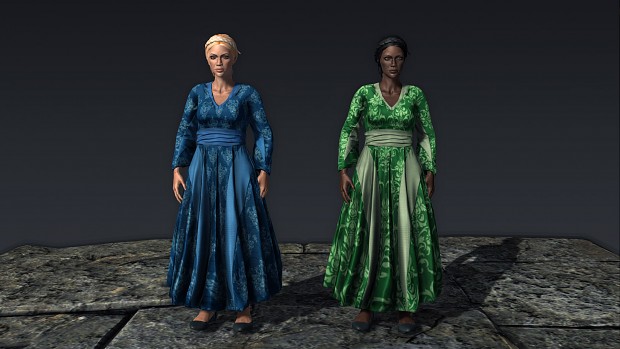 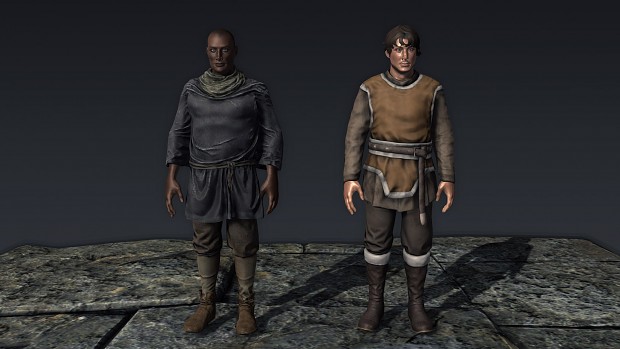 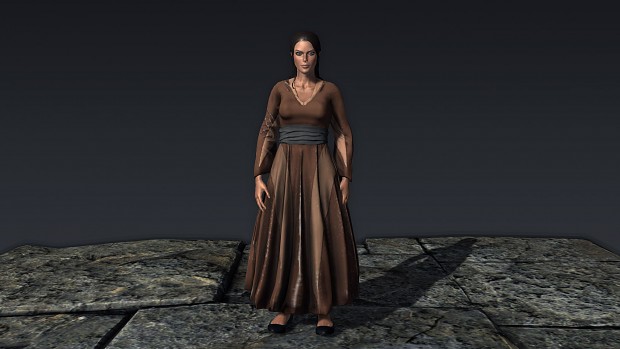 Beggars are commonly found in cities and built up regions. They are quite often partially clothed or wear tattered rags. 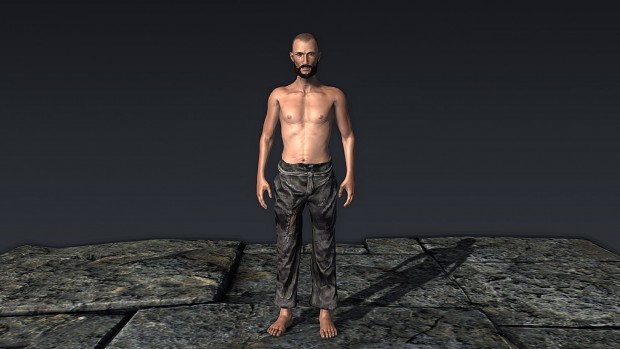 I have added some new animations which vary by equipped weapon. The player now walks and runs freely when not in combat, but will drop into a combat stance when enemies are near. I did this for a few reasons:

Previously it was very easy to run around and evade you enemy's attacks, but very difficult to do that and inflict damage with your own attacks. The game feels much better balanced and your combat technique 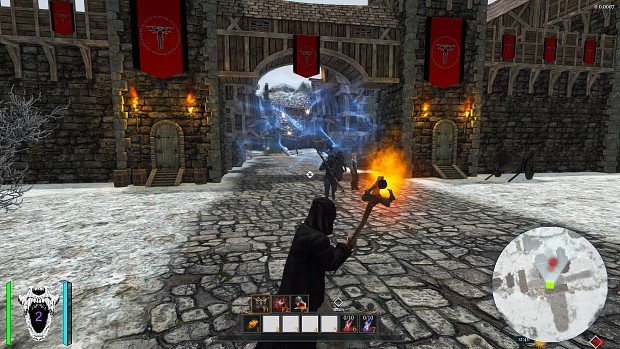 I never really liked the the diamond waypoint icon that you may have seen in our screenshots. It's ugly, takes up too much screen space and does not give you a lot of information about your location in the world.

I really needed to free up up some screen space and convey more information about buildings, landmarks, roads and enemies in your immediate vicinity.

So I implemented a mini map to convey all that in real-time. There is still some work to do here, but it should be ready for the Closed Pre-Alpha.

In just a couple of weeks our testers will be the first to see Lord Of Decay outside our family and friends and will help us shape the ultimate necromancer game.

We are gearing up systems for the Closed Pre-Alpha that sit beside and outside the game to get the most information as possible. This information will be critical when we prioritise the next steps for game development before we go to KickStarter.

The website is getting a much needed revamp to provide a download page for our testers to get the latest version of the game.

We now have an email service to notify our testers of updates and other information. This will be useful going forward for newsletters and the like for a wider audience.

Crash reporting has been implemented so we can locate and fix critical bugs as soon as possible.

The forum has threads setup to gather valuable feedback from our testers.

Our build system is crude at the moment, but it will permit us to do weekly builds for PC, Max and Linux (experimental) throughout the play test so testers can see their changes taking shape in the game quite rapidly.

That wraps up another update. Leave us a comment below and tell us what you think of Notoriety.

Awesome work i'm pretty hyped to see more about this game, i will be sure to let my friends know about it.

Thanks, Darth_Cameroth. We appreciate you spreading the word.
Stay tuned. Things are really going to heat up in the next few weeks :)

The clothes are really beautyful!

Thanks, OJeskulke OJeskulke. We'll be working with concept artists to improve the clothing even further

It's looking good! I like all i'm reading, This will be a true game! very good work guys, this is a really good game! ^^

Thanks JohnSpider554!
I can't wait for you to play it. Just a little longer now :)

Yeah! ^^ i will wait all it's needed for play this awesome game, I always dreamed a game like this, i love to have armies (or little armies) of undead and kind of monsters :D