Details about the new user interface (UI), animation, screen shots...and some other stuff.

Posted by damianturnbull on Oct 9th, 2015

Firstly, a big thank you to everybody that took the time to read the Dev Diary #5 (Flesh Crafting), watch the Dev Video #3 and follow/like us on social media.

631 people visited our page here on Indie DB that day. The Flesh Crafting video has received 238 views and we doubled our number of followers.

I was glad to answer your questions and reply to your comments. I know many of you have been watching and waiting from the shadows, but it was good to finally hear some voices.

We look forward to hearing more from you in future.

I spent some time polishing the UI with richer images and attempted to reduce the complexity of the information we need to convey to the player.

I'm fond of minimalist interfaces that make use of translucency and do not obscure the player's view of what is happening in the world.
That turned out to be considerably harder than I thought.

There is a still a ways to go and it will likely change again before we release the game, but I feel good about it. 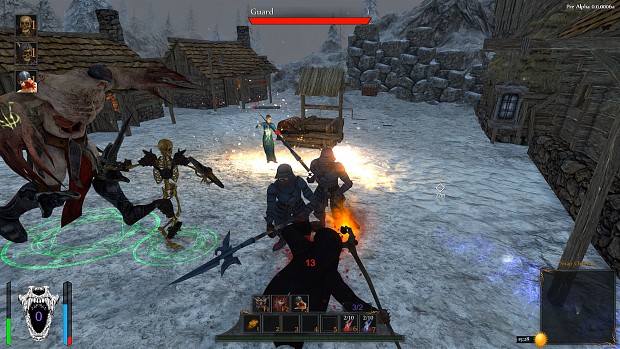 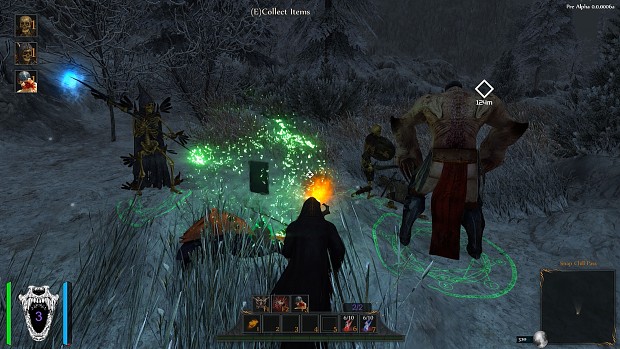 The player's running and strafing animations have been modified to present more natural movement. I also fixed the bug where some characters appear to be slipping or ice skating.

As funny as a figure skating zombie is, it isn't what we envisioned for Lord Of Decay.

I also added the ability for the player to jump while running or standing still. I can already hear our play testers cheering. Some people just love to temporarily defy gravity.

Of course after adding jump animations I was forced to add a falling/tumbling animation when the player falls from a height.

It just looked super weird when the avatar stood comfortably upright and idle whilst plummeting to his doom.

The game has changed immensely in the last few months and the screen shots we had posted earlier no longer accurately represented the game.

So head over to the images tab and enjoy a whole bunch of up to date screen shots.

Unfortunately not all game development is glamorous and exciting. Surprised?

Much of September was spent tidying up game systems and program code that was less than perfect.

Some systems were slapped together pretty quickly during prototyping for the sake of expediency. It's common practice to write code like this early in the project, but it eventually starts to catch up with you and cause game instability and generally annoy me.
I know it's there and it eats away at me until I feel compelled to fix it.

I achieved an awful lot so here is a quick summary in list form: 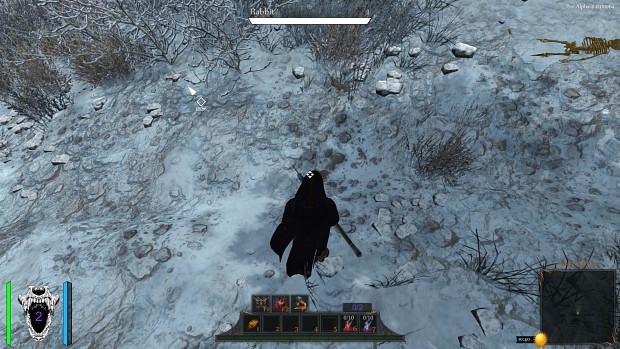 That's all for now.
Let us know what you think of the new UI. Is it a step forward or do you prefer the simple floating icons in the previous build?

Through the power of necromancy, an insane mind, and bunnies the beast will be created. Hope they don't have a holy hand grenade.

Haha. You'd be surprised how often we get requests to weaponise the bunny with "nasty, big, pointy teeth" :)