This Is the first entry in what will be a fort-nightly dev blog where I give the community an inside update on what developments we have made over the last couple of weeks. This dev blog is intended to keep the community enlightened about the continued progress of the game in the form of work in progress screenshots, videos and gifs of any of the modelling, texturing, concept art or animation that we are in the process of creating. Enjoy.

This Is the first entry in what will be a fort-nightly dev blog where I give the community an inside update on what developments we have made over the last couple of weeks. Instead of our Facebook, where we only really show things when they are completed, this dev blog is intended to keep you guys enlightened about the continued progress of the game in the form of work in progress screenshots, videos and gifs of any of the modelling, texturing, concept art or animation that we are in the process of creating. Naturally as we will be showing lots of WIP screenshots, the items shown will likely be liable to change considerably, so please don’t take them as a finished product. With that being said, let’s begin this opening dev blog!

This will likely be one of the most active areas of the dev blog due to the sheer amount of work Matt produces every week. Recently he has been rapidly progressing through the buildings Rafael modelled, but his pace has been so impressive that I’m unable to show any WIP screenshots as he just finished his 9th building. However, I can show you a blurred compilation of the work not yet posted to Facebook all of which will begin to trickle through in the next few weeks. 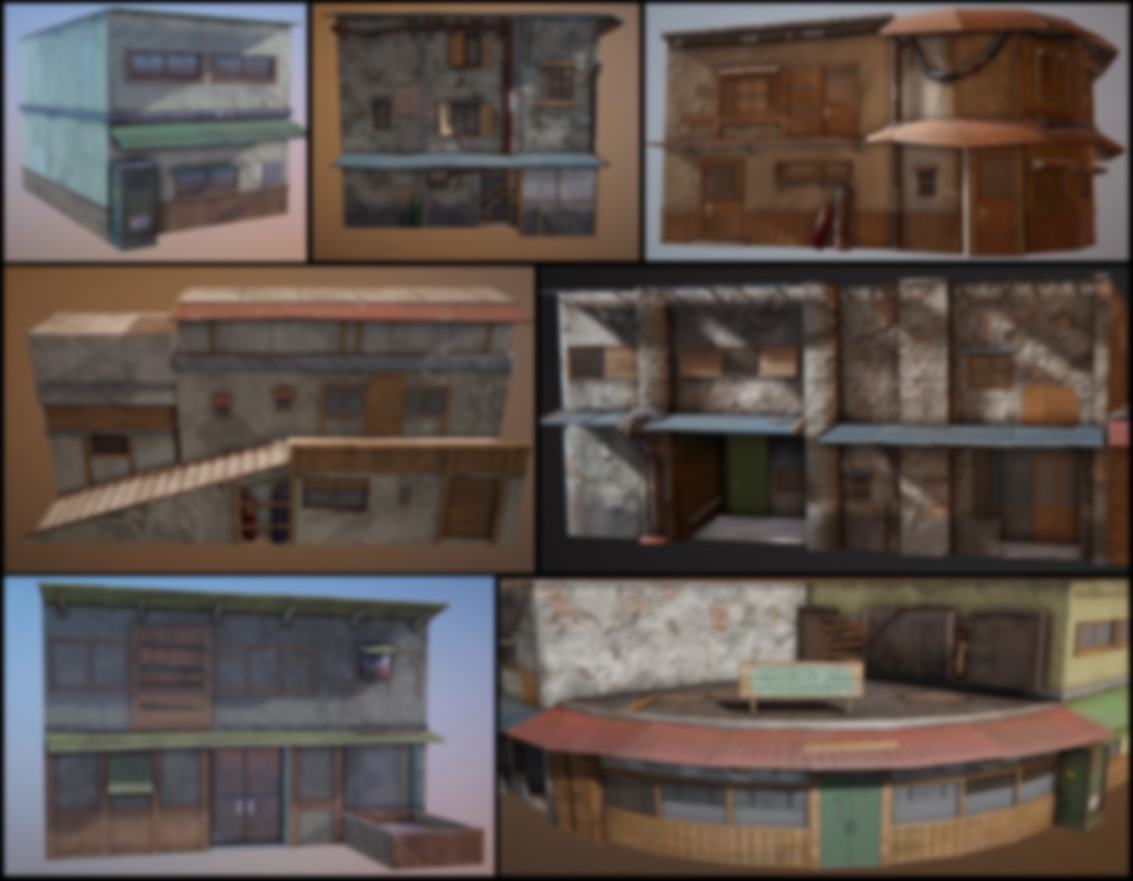 However what I can show you clearly are some screenshots from when Matt loaded up these completed buildings in engine, giving you guys a small indication of the attention to detail and quality that will exist throughout the village. 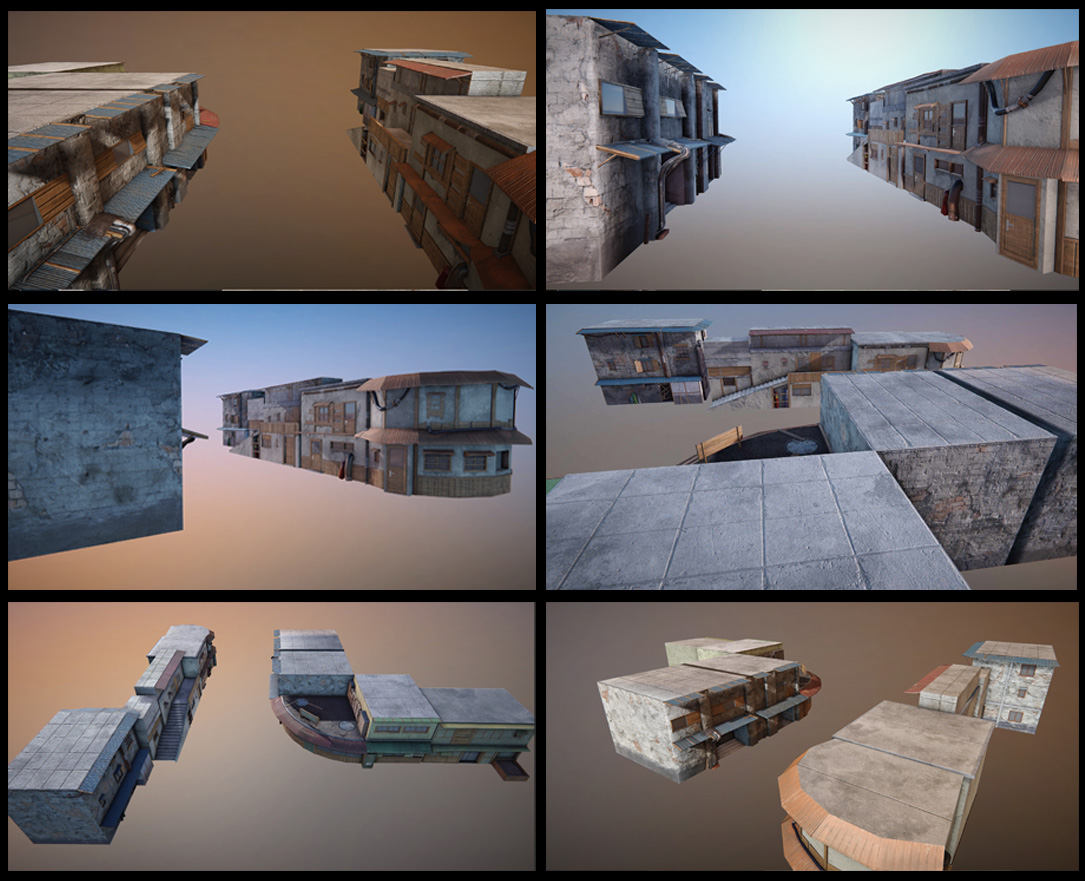 Unfortunately, the creation of real modelling content has slowed a bit due to Rafael needing to focus on his personal life, but still has continued to work with Matt in polishing up each of the 50+ buildings he has produced thus far so they are ready for texturing.

With this section it is time to more formally introduce a new member of our team, Daniel or Dati, who has quickly settled in and produced lots of top notch designs at a quick pace. With his great sketching ability, he was put onto designing some more buildings and village props to populate our village with, as shown below. In regards to myself, I have been sliding into more of an Art Director role whilst working with Dati on design and Matt with texturing, but I am working on getting back into concepting myself, starting with the hidden snow environment design, for which I have done 9 very quick thumbnail sketches to be refined to 3 digital ones, then 1 final concept. The thumbnail sketches can also be seen below. 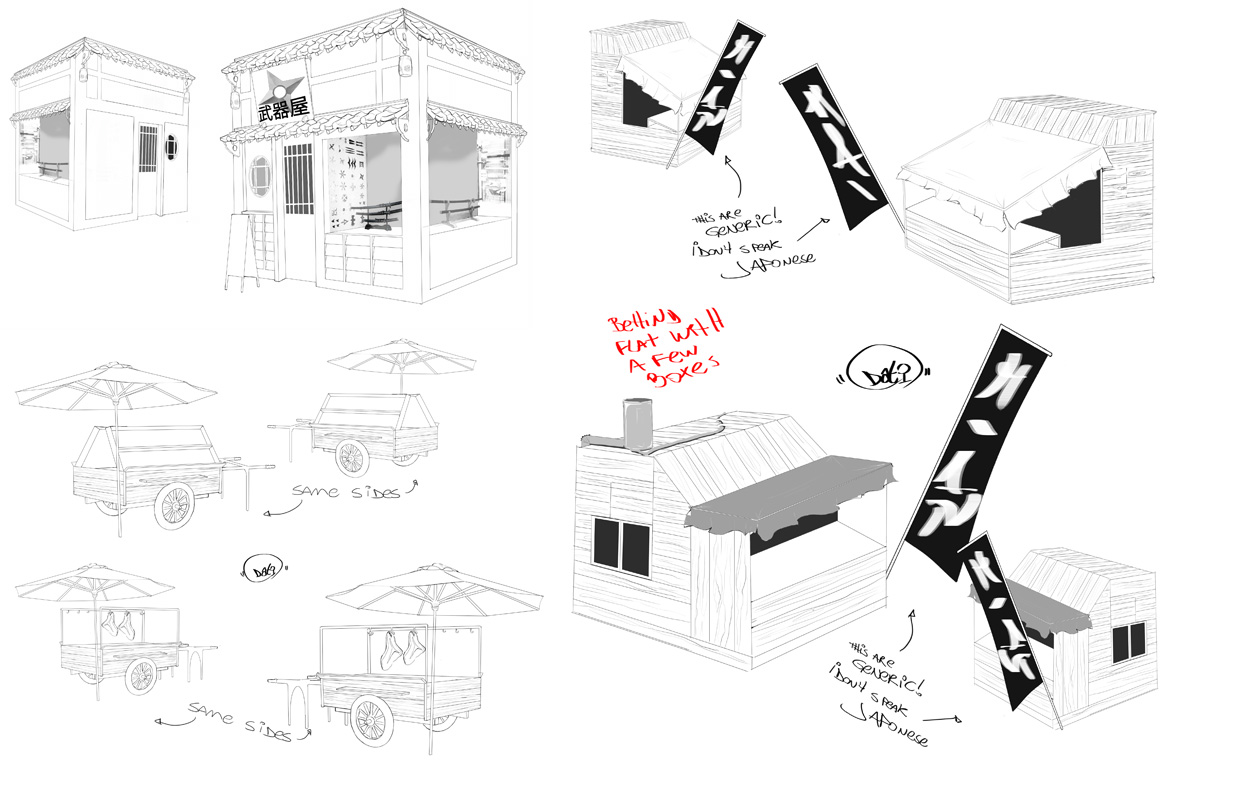 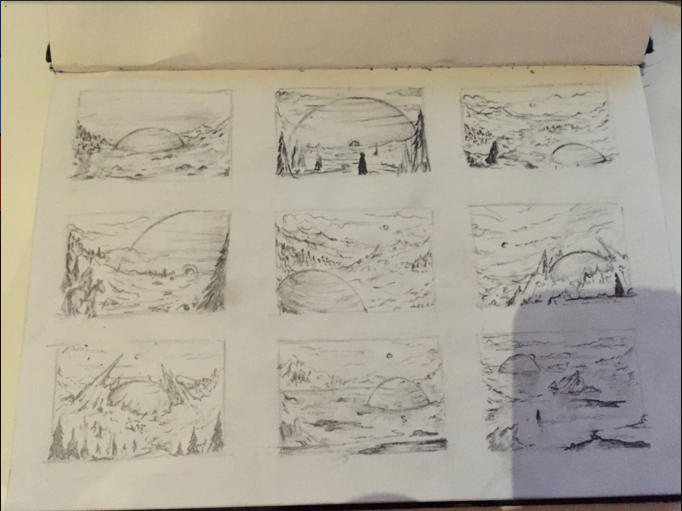 Vreg has been going through the early stages in concepting out how the earth jutsu will look. This initial process involved going into an animation software in order to create a number of quick animations fitting with the idea of a earth dome to be used mostly for defence in warding off jutsu attacks ,or, if the user has the required skills, offense through trapping the opponent in the dome itself. We thought this jutsu would be beneficial to gameplay as it allows the player to slow down and regain chakra and health in what is an fast paced and deadly environment. Ill show you some of the various animations below, but you will have to wait to see which one we decided to develop. Feel free to comment below on which one is your favourite.

And with that the first dev blog is complete. I hope you have gained a small insight into the development progress we have been making and are happy with our work rate thus far. As I intend for this to be a continued blog I will be back in a couple of weeks with yet more developments we have made, from stuff in early WIP states to close to completion. Please comment with any critiques or suggestions you might have for this new format. Until then, sayonara shinobis!

the first one is accurate to the anime, Actually it's a series of planks that form from front to back forming a dome

look at this video closely Youtu.be