Latest dev blog detailing why we postponed last fortnights blog and all the progress we have made since then, including our latest update, SLO Pre-Alpha version 1.0.9.8.

And we’re back! Sorry about the postponement of this dev blog, exam season is upon us and as a result less time is able to be spent by us developing the game in this period. However, we have done our best to put as much time into SLO as possible without wrecking our futures; still, keep in mind the content we have available will not be to the same extent as the other dev blogs. With that said, let’s get started!

Matt has maintained his ferocious pace and has completed the texturing of yet more of the hidden hill buildings over the past month, all of which will be added to the rapidly growing building compilation which is sure to fill up my hardrive pretty soon. His exceptional skills have also landed him some freelance gigs with Raf which have taken some of his time away from SLO, but he still has found time to help Vreg implement the character into the game and once those are wrapped up he will be back to focusing applying his talents in completing our village, jutsus and characters! 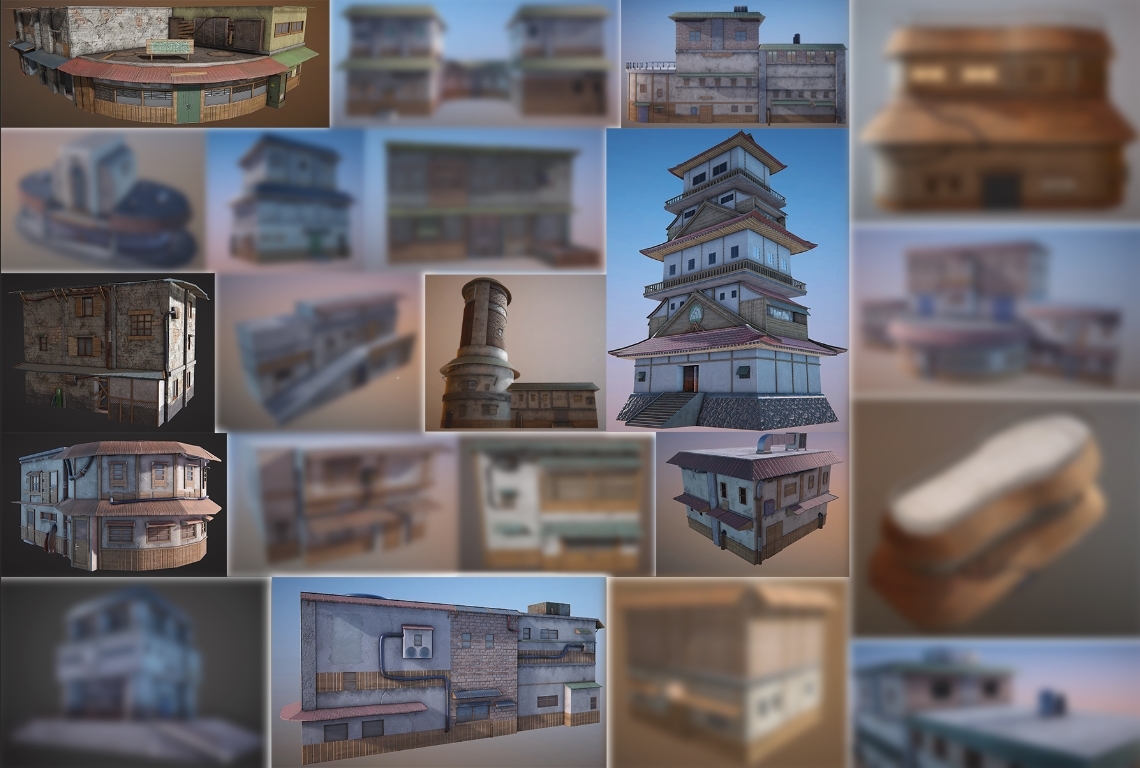 Unfortunately, little has occurred in terms of actual modelling since the last blog, with Rafael being occupied with his work in the military as well the freelance project in conjunction with Matt, but he has continued to help Matt with polishing the buildings to be ready for texturing, and Vreg with implanting the character clothing models into the latest SLO build. Similarly, Othman has decided to postpone his work on the hair until he has completed his exams- hence the continued presence of the bald character within the game.

In regards to Concept Art, I have dedicated any revision breaks to continuing to develop the hidden snow concept, and have made some decent progress, fixing some of the perspective issues and laying in photo textures to start to establish the realistic quality our game is going for. Due to the slower progress in the other areas of development, I've decided to show an early WIP of this concept, side by side to the thumbnail to show the iterative steps that have been taken and the changes that have been made from the thumbnail to now. I would not be showing this normally and actually this will be the first time even the team have seen it, so expect many changes from now to final. With that being said, I welcome the critique of any issues you may see in regards to the concept, better to get them fixed at this stage rather than once everything has been tightly rendered. 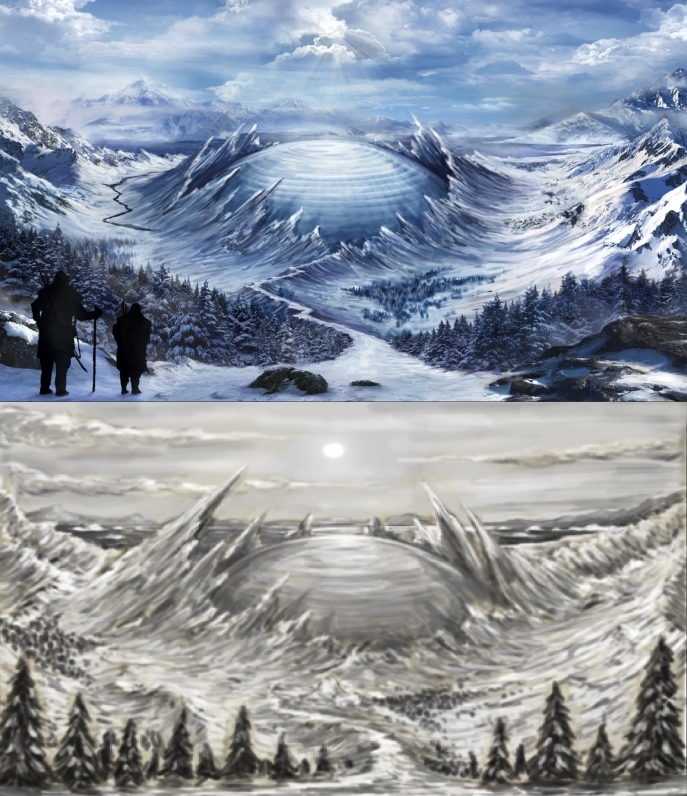 If you have been paying close attention to Rustams Soundcloud account, you might have again got an early look at the two gems he has created in the past months. The tracks, entitled ‘Training Hard’ and ‘Heart of the Shinobi’ are opposite in style, with ‘Training Hard’ being a faster paced, action based soundtrack that will no doubt act as perfect background music for intense shinobi training regimes, and ‘Heart of the Shinobi’ being more of a soulful piece that will likely serve as ambient background music for when the player is wondering around the world. Rustam’s soundcloud account is linked below.

If you haven’t yet picked up on my references throughout this blog, we just released a new update to the game, SLO Pre-Alpha version 1.0.9.8, which was pretty much single handedly implemented by the one and only Vregmeister. This update is centred around the addition of the new character clothing seen in the last dev blog, and includes the ability to both change the colour of the vest or remove it to see the shirt underneath as an indication of our clothing modularity, aswell as the inclusion of a new SLO title screen OST from Rustam’s growing collection of tracks. Like the rest of us, Vreg has been heavily tied down with vital university studies; I hope the fact that he was able to dedicate some time to getting this update out to you guys is appreciated – I know it is a long anticipated addition to the game for many of you! I’ve put some screenshots of the character in game to give you guys an idea of how it looks, but I urge you to go test it out yourself, they don’t do it justice. 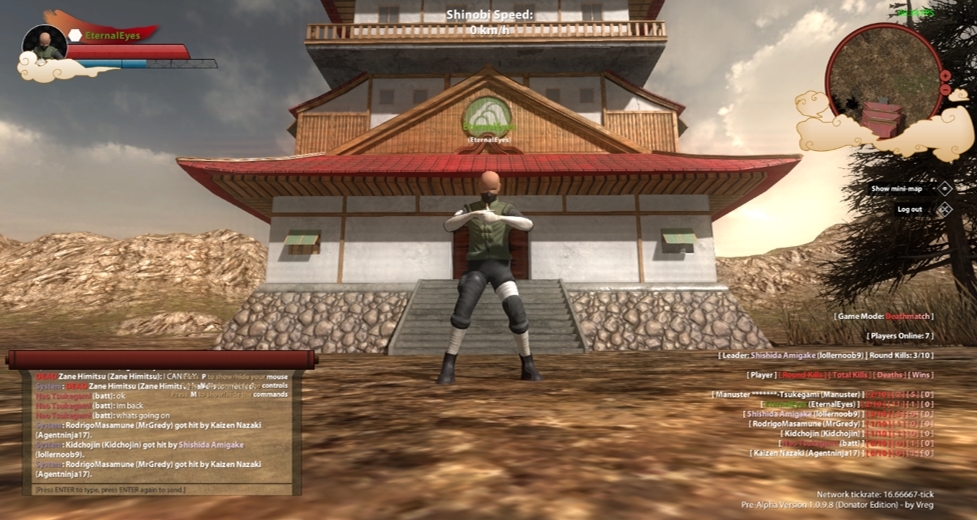 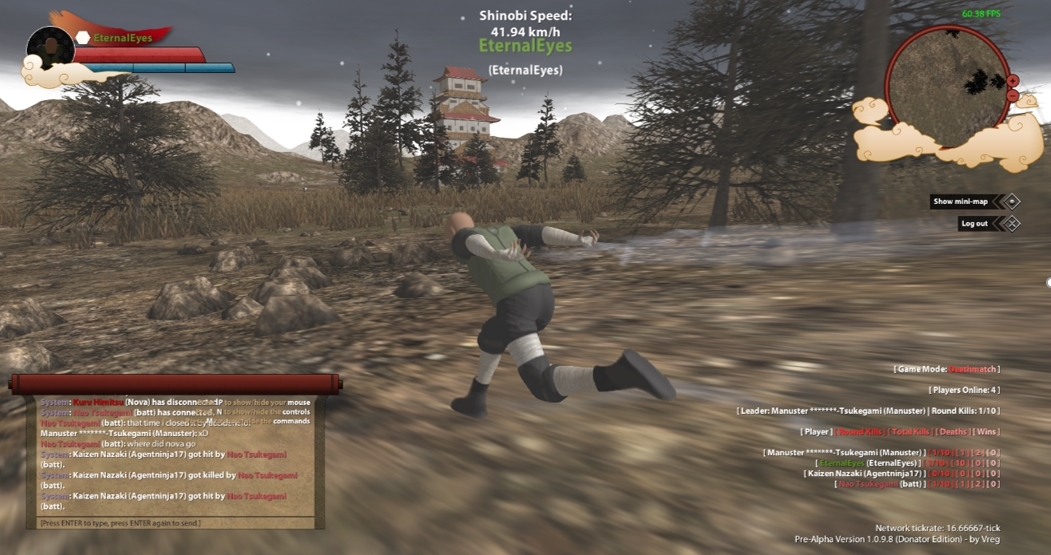 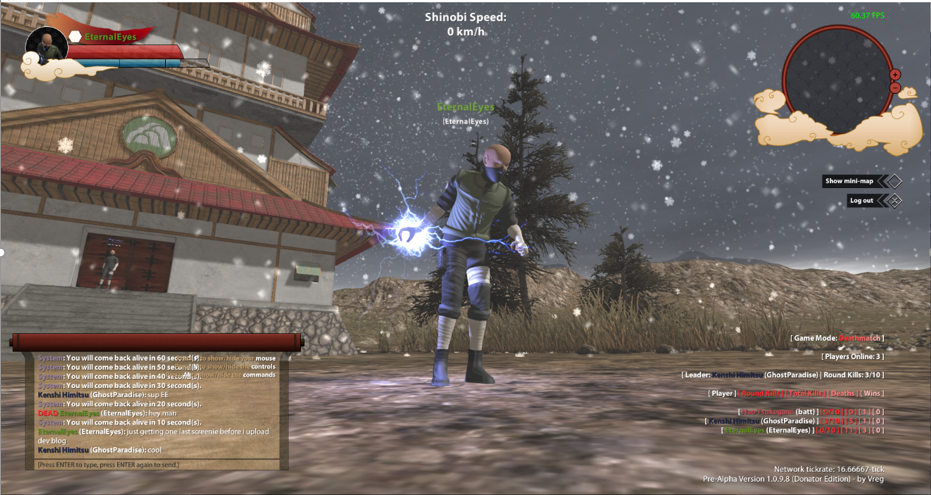 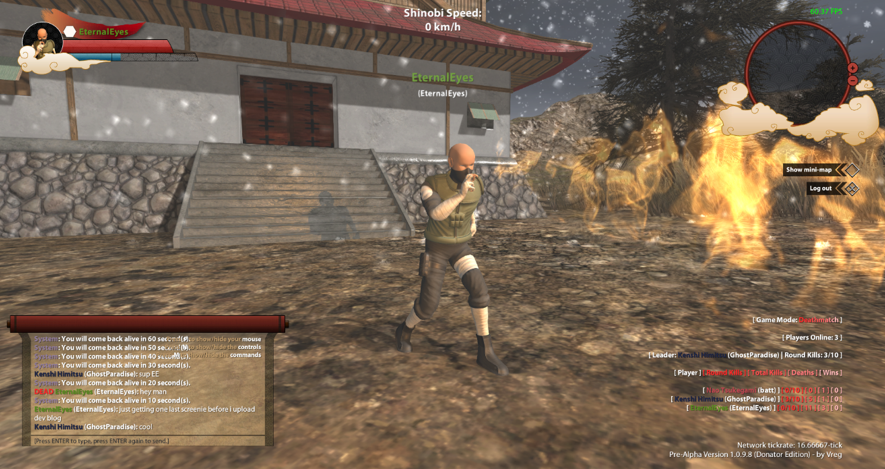 And with that our forth dev blog is complete. As I have mentioned throughout, this is a tough and unusual period for much of the team, and as a result unlike the other dev blogs I won’t confirm that we will have a dev blog next fortnight. However once the exam season is over for us, we will have far more time than we had even before exams (summer holidays), allowing us to get to work on getting the village and new systems, jutsus, environments and character models into the game for you to enjoy. Until then, sayonara shinobis!