The big voting time is upon us! Meanwhile Cold Shell development is in progress, and goes on slowly, but steadily.

As for the overall progress the game itself is techically around 60-70% completeable. I am working on a ton of new main storyline levels, but they lack a lot of art pieces, will share them later on, when it's ready.

Firstly i tried to make those cool horizontal gifs for steam game page, but failed a bit.
Still, they are cool, so sharing:

DLC the cat and street brawl.

Some people on social networks asked for a small update on street traffic. Now cars have their wheels separate from each other (they were a single object before that). So the roadkill trails now look better, as they start where the very wheel got into a pool of red pixels. 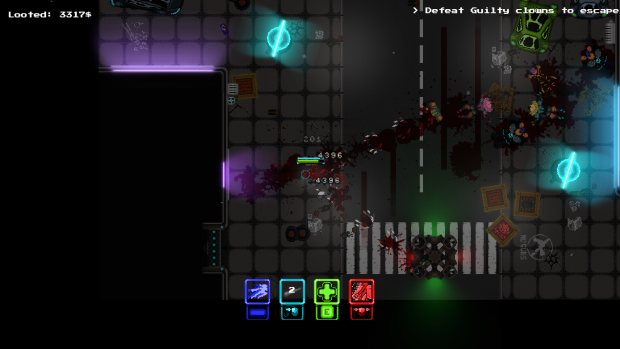 Also, I've added statistics screen to the player's room menus. Originally used for testing purposes, it evolved into a solid info screen available for everyone. As for now it displays enemies killed and missions completed counters, but maybe i will add something like total playtime/money earned or smth like that. 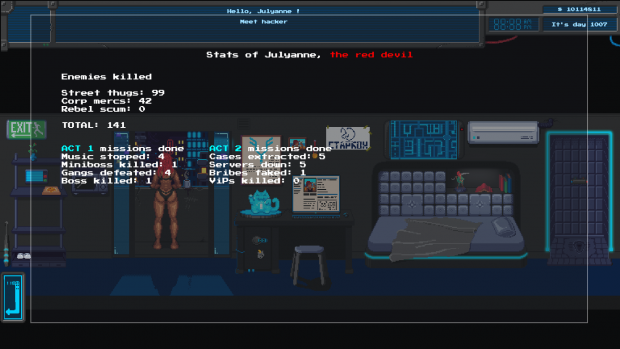 Map markers were updated. It took me and the artist a couple of iterations to find a more or less suitable color and form for them. Also the arena marker (upper right corner) is new, so you can tell it from others. 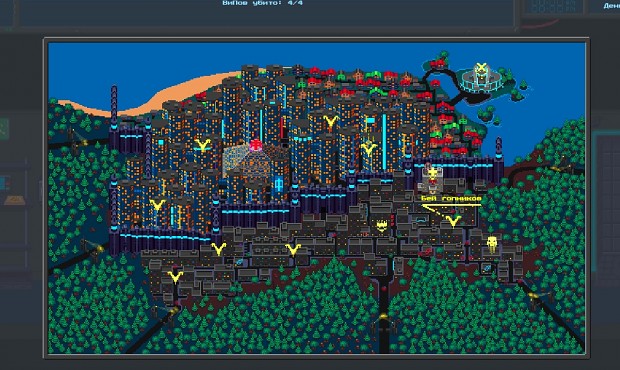 Lots of stuff is in the works now, will share the progress as soon as it's ready.

That's it for now, will keep you updated on how it goes on!
VOTE for Cold Shell here on IndieDB > Cold Shell IndieDB
Wishlist Cold Shell on Steam > Cold Shell Steam page :)
Thank you for reading it all the way here. It means a lot to me.