Post news RSS Cancer as a samurai village, the story of Yamai Village our new map

On April 9th we release our new map Yamai Village as part of our Early Access v.4 patch. Hanako: Honor & Blade will be free to try from April 9th-12th on Steam Free Weekend.

The newest map, the Yamai Village, releases on April 9th in Hanako: Honor & Blade is chalk full of atmosphere, death and a tremendous amount of personal metaphors and symbolism. It seeks to answer the artistic challenge of "What would cancer look like if it was a samurai village?" Within the theme of our game.

The Yamai clan serves as the antagonistic counterpart to the game’s namesake clan, the Hanako, who are a personification of my mother, who passed away from cancer after a long battle shortly before the project started as a college senior project in 2008. The antagonist represents cancer, death, brutality and all things bad and this new map was a canvas to explore these dark themes.

Many of our developers have lost a loved one to cancer and this map was a deeply personal expression of transforming our own grief into a visually stunning, atmospheric space that captures the theme. We live in crazy times and the takeaway from this level or our game is that there is light in the darkness, and a path to overcome the challenges of our lives. 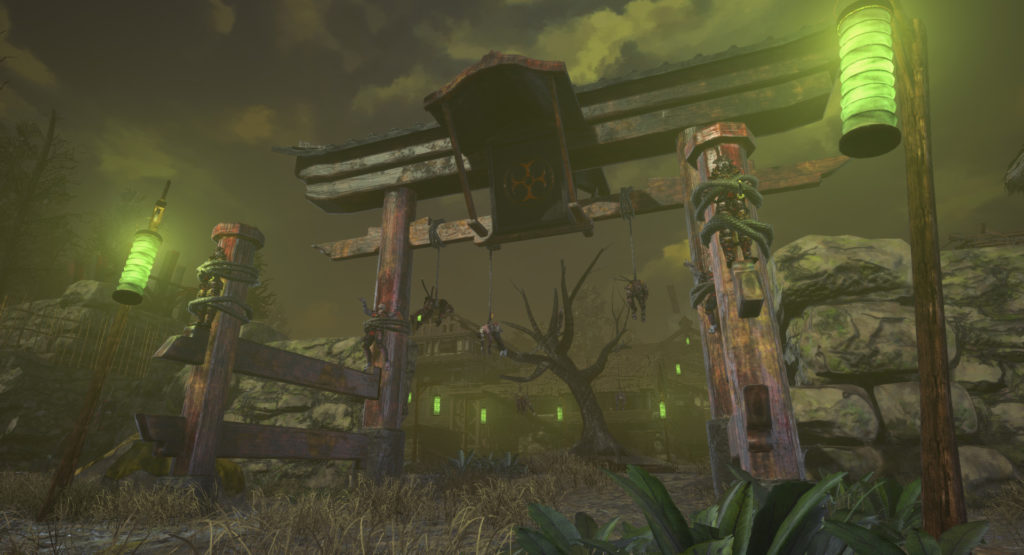 When I work on these maps I make a lot of internal goals for what I want to “feel” when I look at them, play them and the sort of pathos or triumph of every map. I wanted to feel what it felt like to stare the disease that took the one closest to me, right in the face and explore those emotions artistically within the world of Hanako. From every crate and sword to the music of each map we seek to strike strong emotional chords. 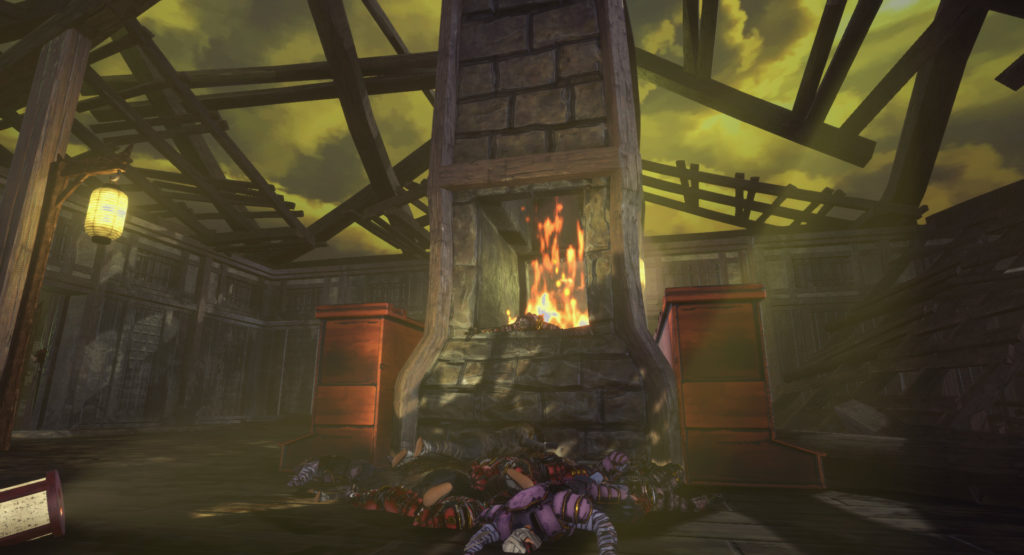 On the other hand, should you play as the Hanako clan on this online battlefield, you have a chance to face the Yamai and bring peace, beauty and hope back to the world. As much as it’s ridden with death and pain it’s a chance to stand up to it, acknowledge it and come to terms with it. At the same time, it’s a video game and if you don’t care about the symbolism at all we still have to deliver a fun, balanced play experience and that’s what I think we did a great job. 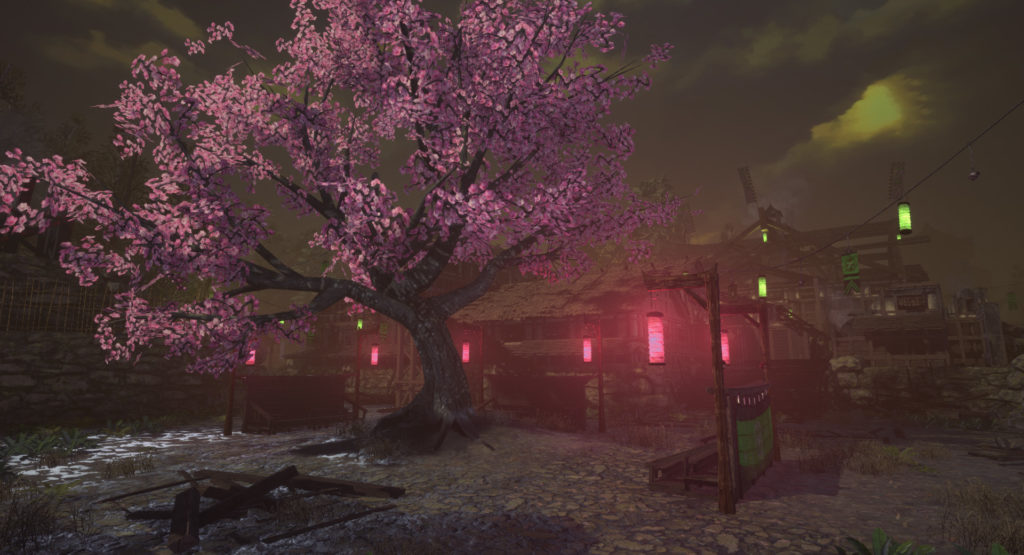 Technically speaking we wanted to push the envelope more with Unreal Engine 4. We’ve been working on this for a long time so we wanted this map to set the standard for what you all can expect from Hanako. We wanted to make better use of Unreal’s superior volumetrics and visual effects, physically-based rendering and other features that make UE4 the best engine on the planet to make games with. We wanted to make cool Blueprint tools like our hanging ropes and give the map more context with end-of-match cinematics that give epic finality to winning or losing a match. 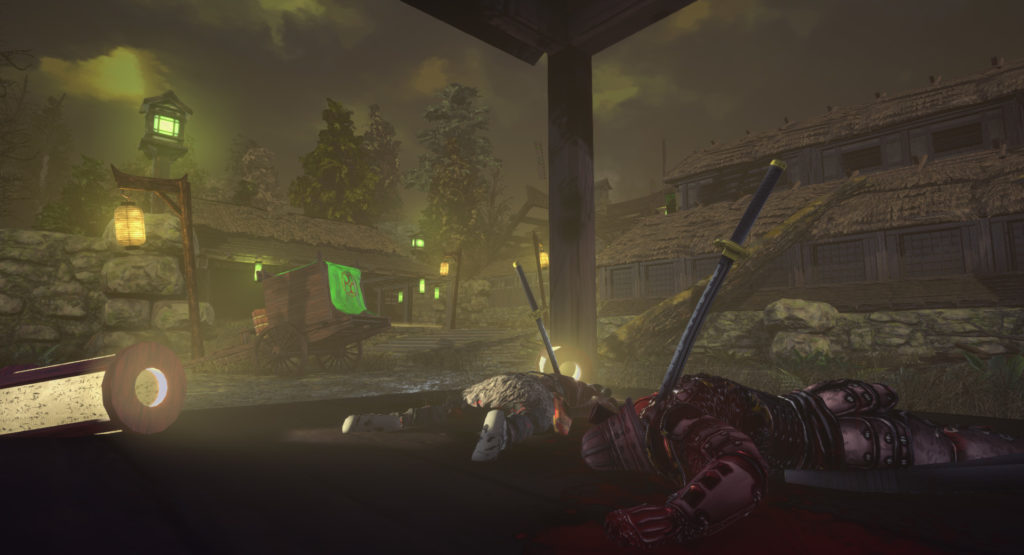 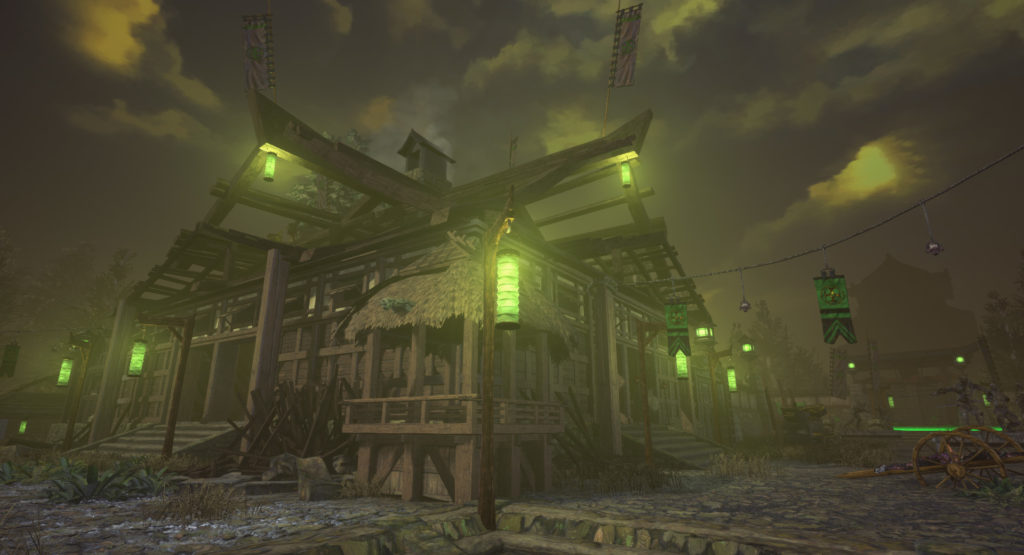 So after all the months of work we’re finally releasing the map on April 9th and also making Hanako: Honor & Blade free to try until April 12th on Steam. We’ll have servers playing Yamai Village 24 hours a day through the free weekend and the dev team will be happy to answer questions and join the community on the battlefield. You can always find us in the following places:

It was a really challenging map to make, many of you saw every bit of it get made live on our Twitch dev streams and I’d like to thank all of you all for bouncing ideas back and forth and pushing me to make Yamai Village the best map in our game and some of the best art and fun gameplay our development team has ever made. We’re super excited to bring this Early Access v.4 patch to the world with much more polished combat and a bunch of other features on top of this new Map. We hope to see you all April 9th and after as we near release later this year (hopefully). 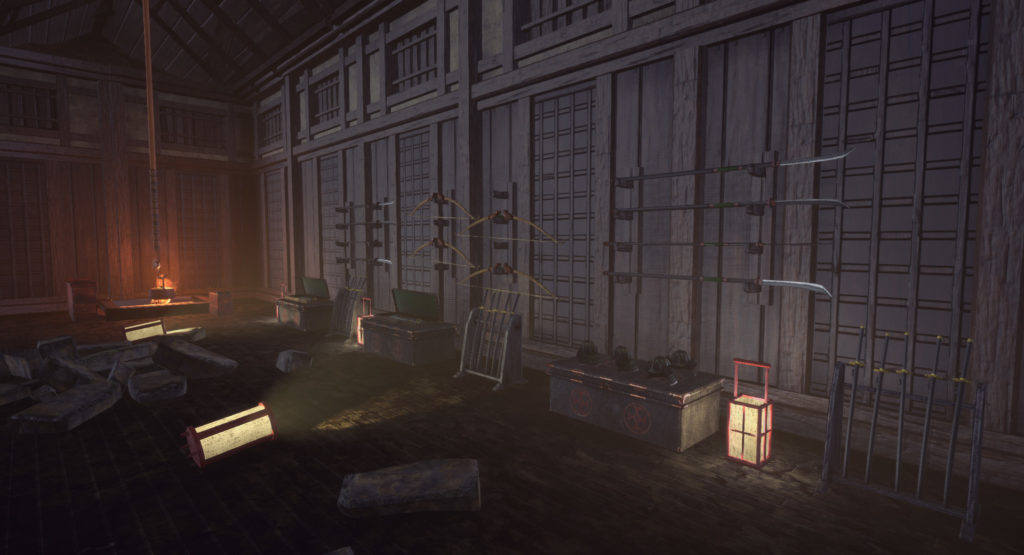 -Matt and the Hanako Dev Team.