The Blacksmith update focuses revising the crafting and upgrading menus into a Blacksmith shop, while increasing intuitive designs for players and quality of life updates all around. 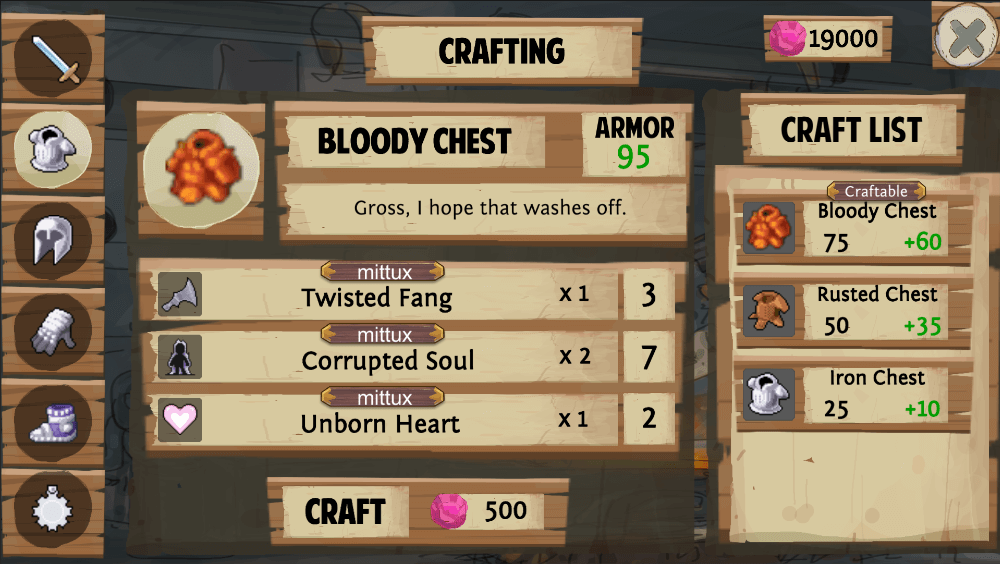 Design and Direction – initially I was planning to combine everything into 1 single crafting/inventory system due to how the original crafting and inventory systems were very similar.

From having a difficult time combining them and making them more intuitive design wise, I then thought about the separation and building upon the idea of a Blacksmith concept piece of art we had. With that, it allows making any type of craft system I would like without having to worry about combinations, and it gave me the ability to cleanly list crafting and upgrading as 2 options within that. I’m also able to show a larger list of items, and show descriptions to each item – which I used similar to Disgaea to add in humor to the world.

Another idea past this, was to further improve your equipment through enchantments using an enchantress in another unique shop, but that will be a future addition.

Continuing on from more feedback, I’m now aiming to improve the harvesting style within Dreamland into a more enjoyable and engaging system, especially for the PC version.

I’ll also try to add another Victory Sequence update, which will include a chest for the player to bash open after defeating a boss with loot that plops out.

And the last addition tech wise will be to auto loot/collect loot, so there won’t be a need to mass click/tap to collect everything that flies out afterwards.

Animations have begun now – maybe not this build but the build after should have some Gallow animations to replace the first temp boss art.

Art wise we’re looking at creating our first trailer, finalizing the second boss, and replacing remaining free temp art assets with roughs to match the rest of the game world.

Adding in some art here as well in case you haven’t seen it yet.

Final design for Gallow – animation has started on him to be our first boss. 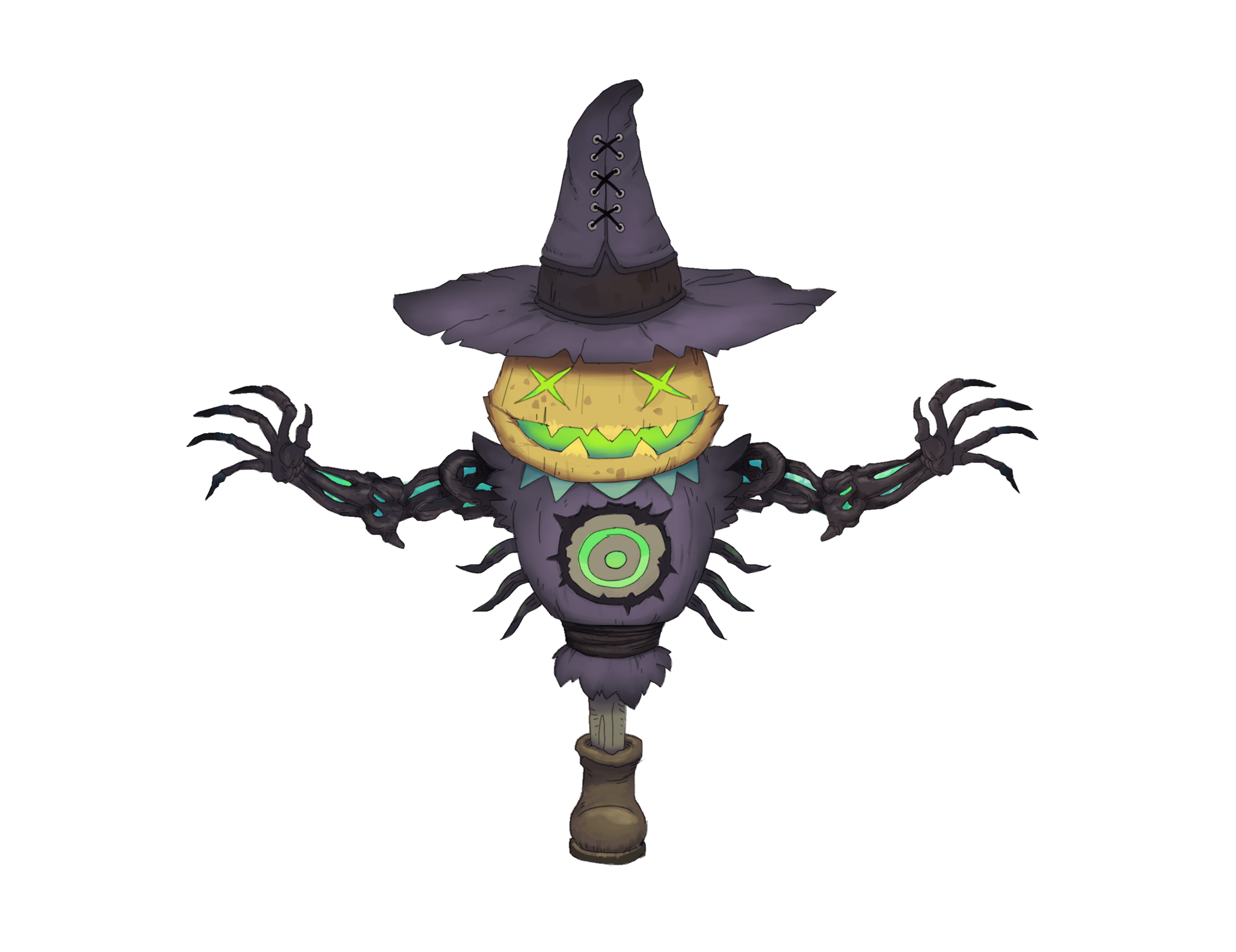 Concepting out Boss 2 as a Blob type boss, here is the art for his designs so far. 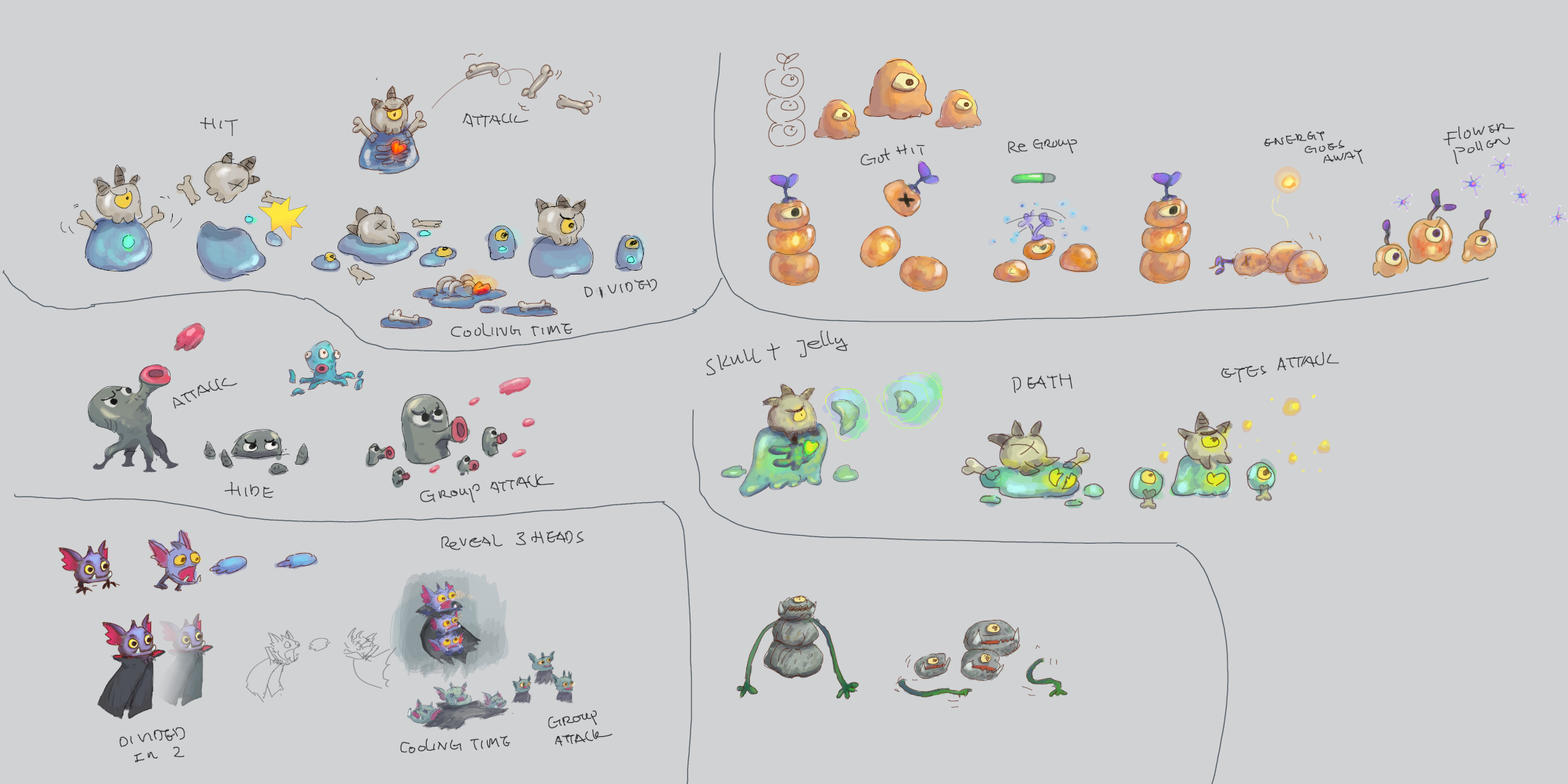 Let us know any feedback you have and what you’re most excited to see next!

Keep Up to Date

If you want to see more constant updates, check out our other social media platforms as well!

A lot more art is posted on our Twitter: Twitter.com

Game discussion, play testing and more through our discord: Discord.gg

And last, we have a new Instagram showcasing art: Instagram.com