You’ were exiled to an old desert castle. Command your people, watch their condition, explore, upgrade your castle, and make tough decisions - all of this to survive! And while you’re struggling the hottest summer, the temperature only rises, and storms won’t subside. 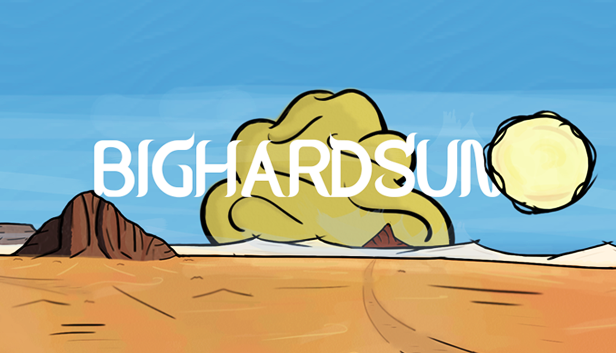 I am new here, so i decided to give you summary info about my game — BIGHARDSUN. How would you play it? What about story? And of course some info about team.

There can be russian of gifs, dont worry, translation is on the work right now. Here we go:

When the Old King died, an enemy invaded the country. You, the captain of the Royal Guard, were among those who decided to fight. And you lost. They saved your life but exiled you to the edge of the world. Now, this is your home. There you meet a mysterious Old Man, a resprected resident of the desert. Here begins your story.

BIGHARDSUN has a full story told through daily events and dialogues with the Old Man. Your decisions affect the story.

Its my solo indie game. The release is scheduled for late October and I am doing my best to get the game on time. There will be gameplay demo on STEAM, just before the release. Actually i got one one my hands, but it's completelly on russian :(

If you are interested in the game, add it to the Steam wishlist, so you will not miss updates, release and subsequent discounts.

If you want to support me, but do not know how: Steam wishlist, again. Whether you buy the game or not, it helps with Steam algoritms.