First months of development of Area Raiders brought together in this post. Wanna feel how raiding the area feels like?

Released on Sept 19th around the time of the famous FB storm area 51 event was announced.
The basic version of the game with raiders storming the areas trying to breach their defenses and save the aliens was released. Prestige system added with the skill tree as well. 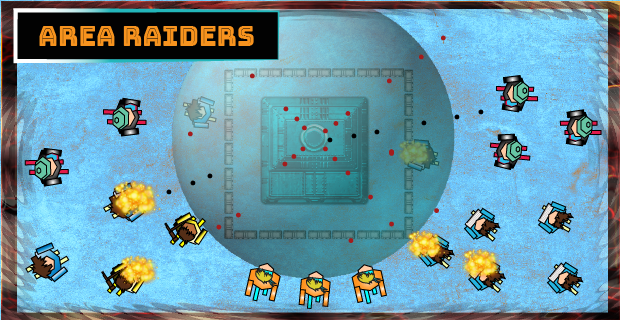 Development in October
Our first game expansion plans were soon implemented on Area Raiders. After fixing the most urgent bugs and adding some improvements on top, we started building up more skills by integrating a new convert feature (sacrifice rescued aliens for new skills), adding Quality of life stuff (like OCD buttons), progression scalings, …
Started to work on the bigger update with goals/ missions and new mini-game feature. 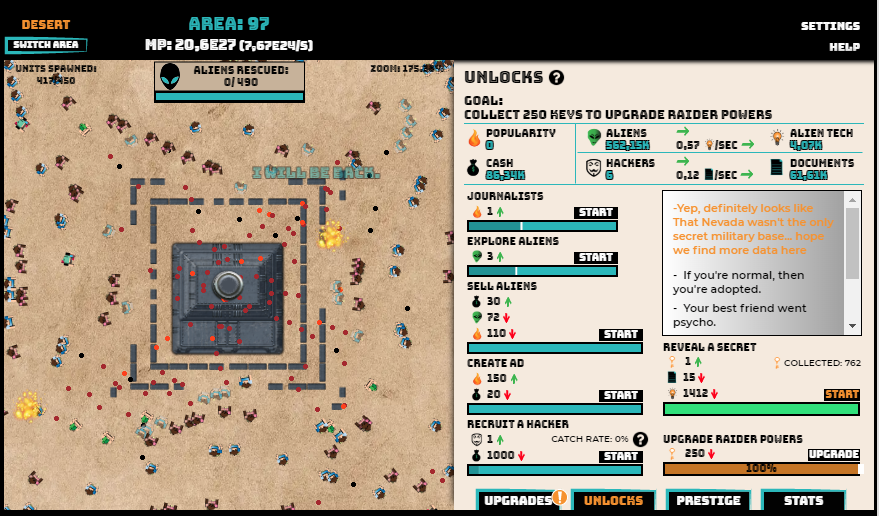 Massive game performance optimizations were done during that month:

…and we added Time Machine and UFOs update on top of all previous updates.
That included:
a) Content additions/ changes:
- UFO spaceships added to the raiding part of the game (hmm… might they be carrying some boosters!?) 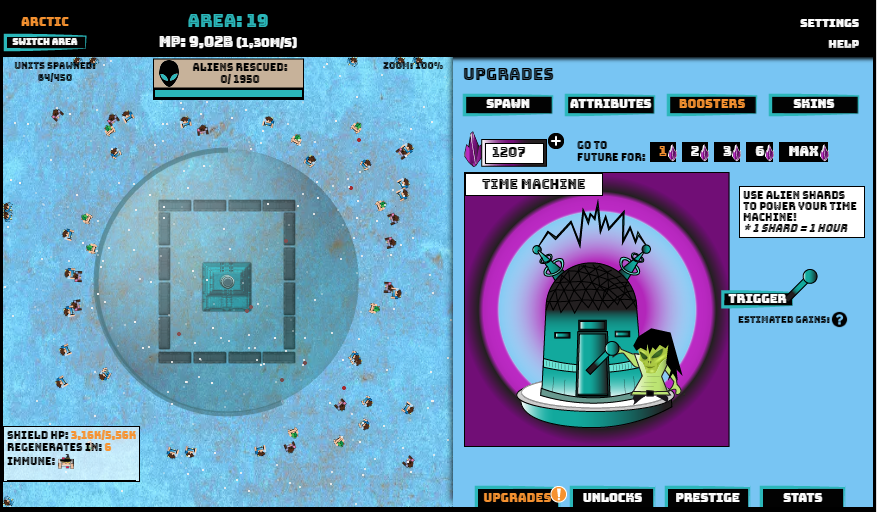 Focus in December
We didn't stop just on those updates, as we still have tons of stuff to prepare and add it to the game in the following weeks/ months ahead. Let's not reveal too much today, as we'll try to update you guys here every now and then when we find some time to write about the updates.

But just in short:
- we are working on adding cool new content
- improving the UX, UI, progression and adding some smart tutorials where needed to make the game more friendly for a first-time player
- we're about to publish the game on new platforms
- ?? lots more…


Feel free to follow our social media channels (we just started with, so you're going to be one of the first :)
Facebook- Area Raiders
Twitter-AreaRaidersGame

Join us on Chat:
Discord Invitation