Our new character is ready to get some animations and we came up with a way to create new Event Screens and updated the stone textures to be more realistic!

Hey everyone.
As all of you probably know the Covid-19 virus is spreading around the globe and all we want to say is: Stay safe and take care. Help each other out - maybe buy groceries for the elderly people next door - and stay connected - we live in the 21st century, we can just call each other and talk via Discord or Skype. There's no need to get all depressed and lonely in your room :)

With that said let's move on to the things we managed to do in the last two weeks:

One of the main things a single-player game has to deliver is atmosphere. A world you can completely immerse into. But how can one achieve that?
Well, for us one way to do it is through the right interaction of different gameplay elements.

As mentioned in the last DEVBLOG, we're implementing 3 different types of weather conditions into the game (Normal/Snowy, Snow Storm, Cold Weather).
First, we wanted to set up the basic look of the game with normal weather. To do that we created reflection probes, adjusted the fog, worked on the lighting and the post-processing and added a new skybox. We also created a new VFX for the snow.

To connect all the gameplay elements, pictures in event screens now display the current weather and day time.
For example, if it's night in the game and a snowstorm is making it hard to move around, the event picture will also show a snowstorm in the night.
To make that look as good as possible we're reworking all the event screens.

Making pictures out of pictures - a creation method.

To design new event screen pictures, our artists came up with a really efficient way to create new event screen pics.
First of all, they search for and choose a fitting UHD picture which is three times the size of the final event screen one.
Afterward, they cut out skies, backgrounds, and midgrounds. Now they stitch one of each together and can create a vast number of pictures. 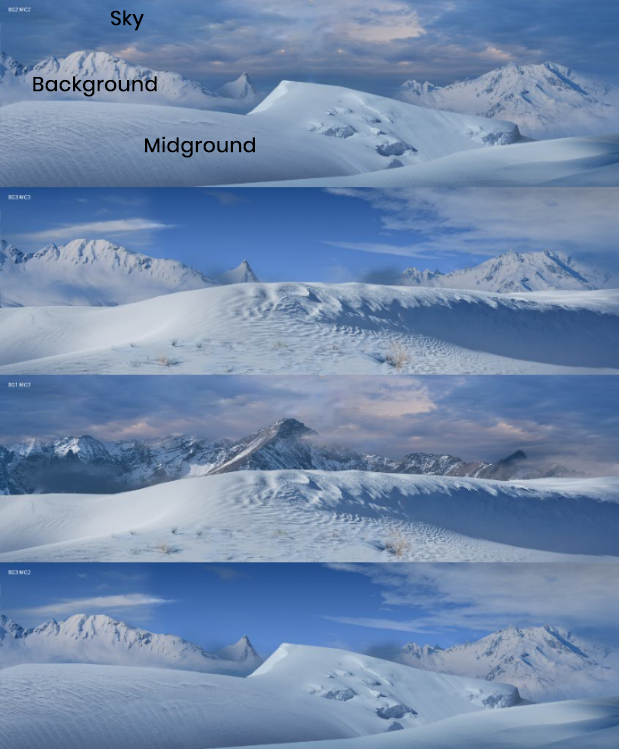 They can also zoom into small sections of these pictures and cut them out to work on some details.

The same method can be used to create the inside of a cave, but instead of 3 different sections, they just use two - the wall and the floor.
With some photoshop magic, they can then create different light settings and add in a few different details to make it more pleasing and fitting.

The last things left are realistic pictures of caves on the mountain. For that, they just use one of the two earlier methods,
depending on whether it's a cave on the outside or a cave on the inside, and create a simple black triangle with rough edges where the cave should be.
The next step is to smoothen these edges "a little bit" and lastly, they use the content-aware fill tool (Shift + F5) on these smoothed edges which creates a nice realistic cave entry.

Path of the new Character

As you may know, we're always working on the appearance of the hextiles. Last time we created a workflow with tileable textures and this time we worked on their visuals.
We changed the texture of the stone from more stylized to a more realistic version to give our trusty mountaineer real stones to step on. 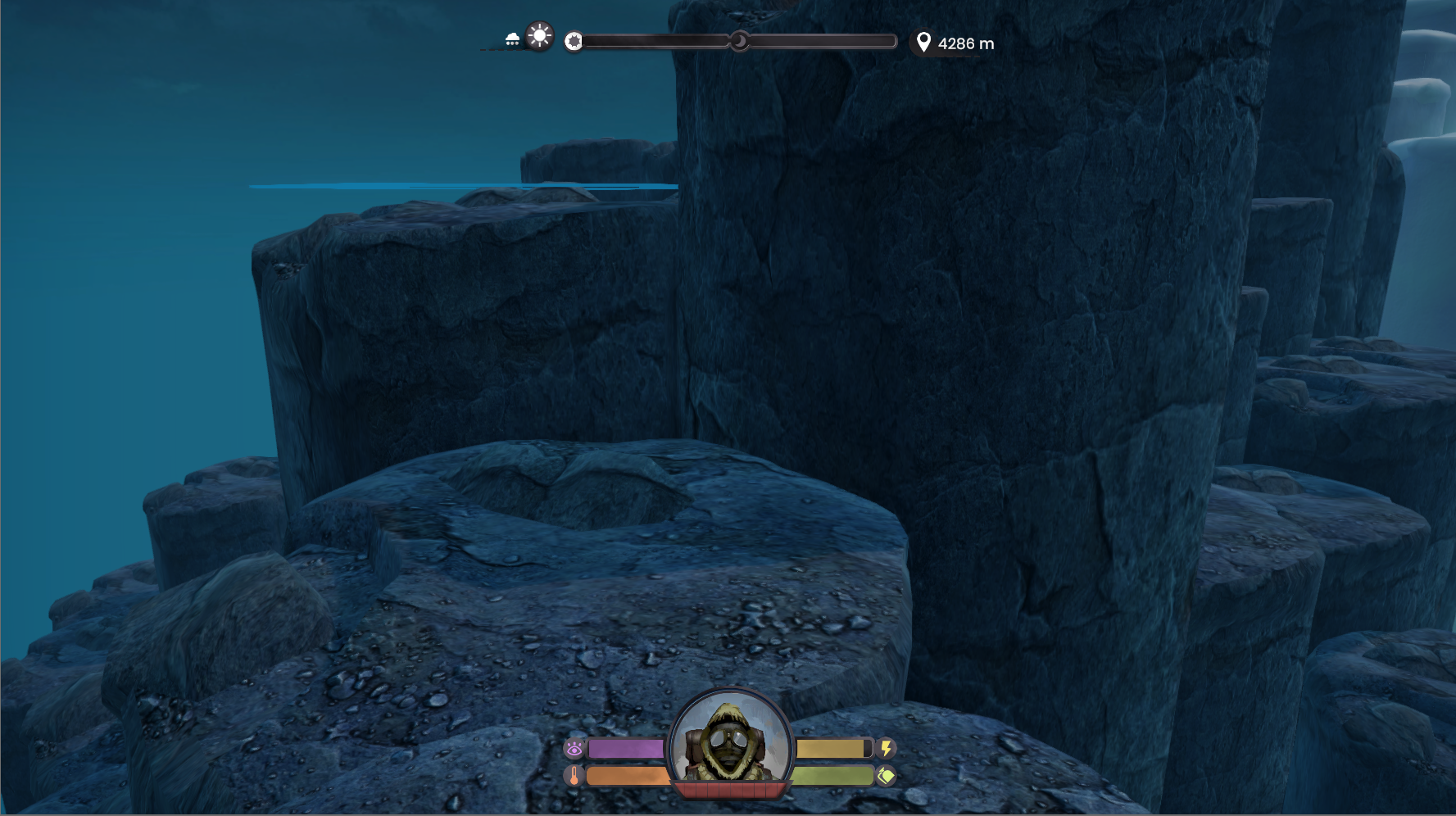 Speaking of which: the new character model is ready to get some animations. If you're interested in how we made the concept and the look of the character check out our last DEVBLOG our artist gave an in-depth explanation of his progress.
This is how our character model looks like and how he's gonna be in the game next week.

As already written the animations for the character are still in the making, but should be ready soon.

In the next two weeks we want to implement the remaining weather conditions into the game and will continue working on the textures of the snow and the ice to also give them a more realistic look. We will also put the character into the actual game.

Thanks for reading our DevBlog.
If you want to support us and be part of the community feel free to follow us on Twitter join our Discord. There you can also send us your ideas, suggestions and wishes for the game, discuss these ideas with the other members and later on be one of the beta testers.