Nearly 250 Players joines the first big playtest of Army Ops. Over 3 million lines of Serverlog later I compiled a growing list of changes in a Roadmap and share some stats. Hooah!

the Spring 2020 Alpha playtest is finished and most of the data is evaluated. Time to talk about the things I learned. 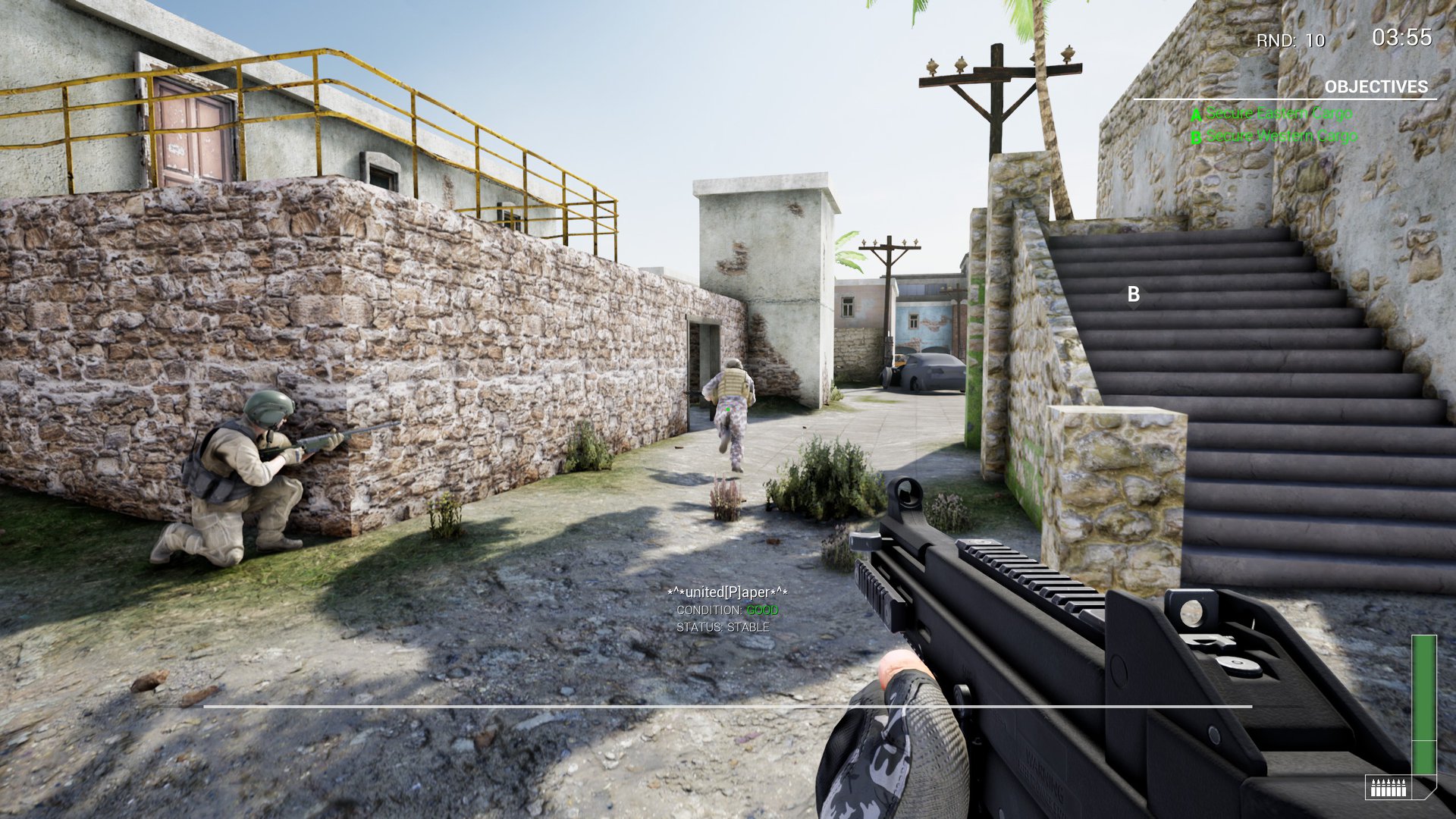 The main goal of this Alpha Test was the Server Stability, Netcode and Account server. As ARmy Ops is a one man project driven by incredible passion to America's Army, it's hard to get everything right on the first try. But Army Ops stand it's test. Nearly 250 unique Players connected to the Gameservers and Account Server.

Everything went without a crash and servers scaled with increasing load as intended. Over 3 million lines of Serverlog where created over the weekend, rougly 500 lines of these logs point out easy to fix error or warning, but nothing gamebreaking. 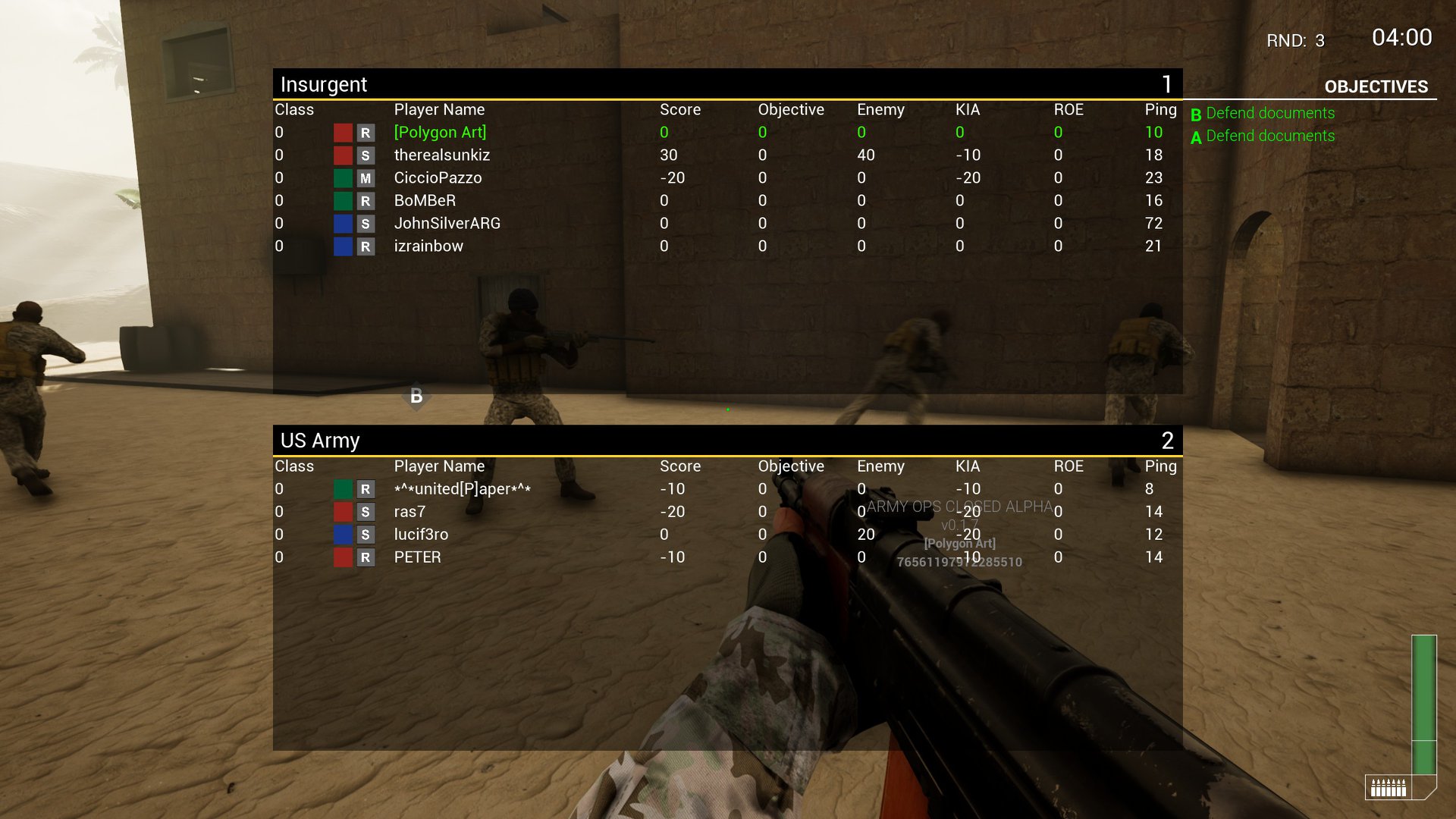 In conclusion I can assume and proudly say that the server stability and with this the netcode at 60hz runs stable. Feedback from players in a seperate survey pointed out a overly positve feedback on connectivity, netcode and stability.

The work is still far from completed but a solid base to work on. 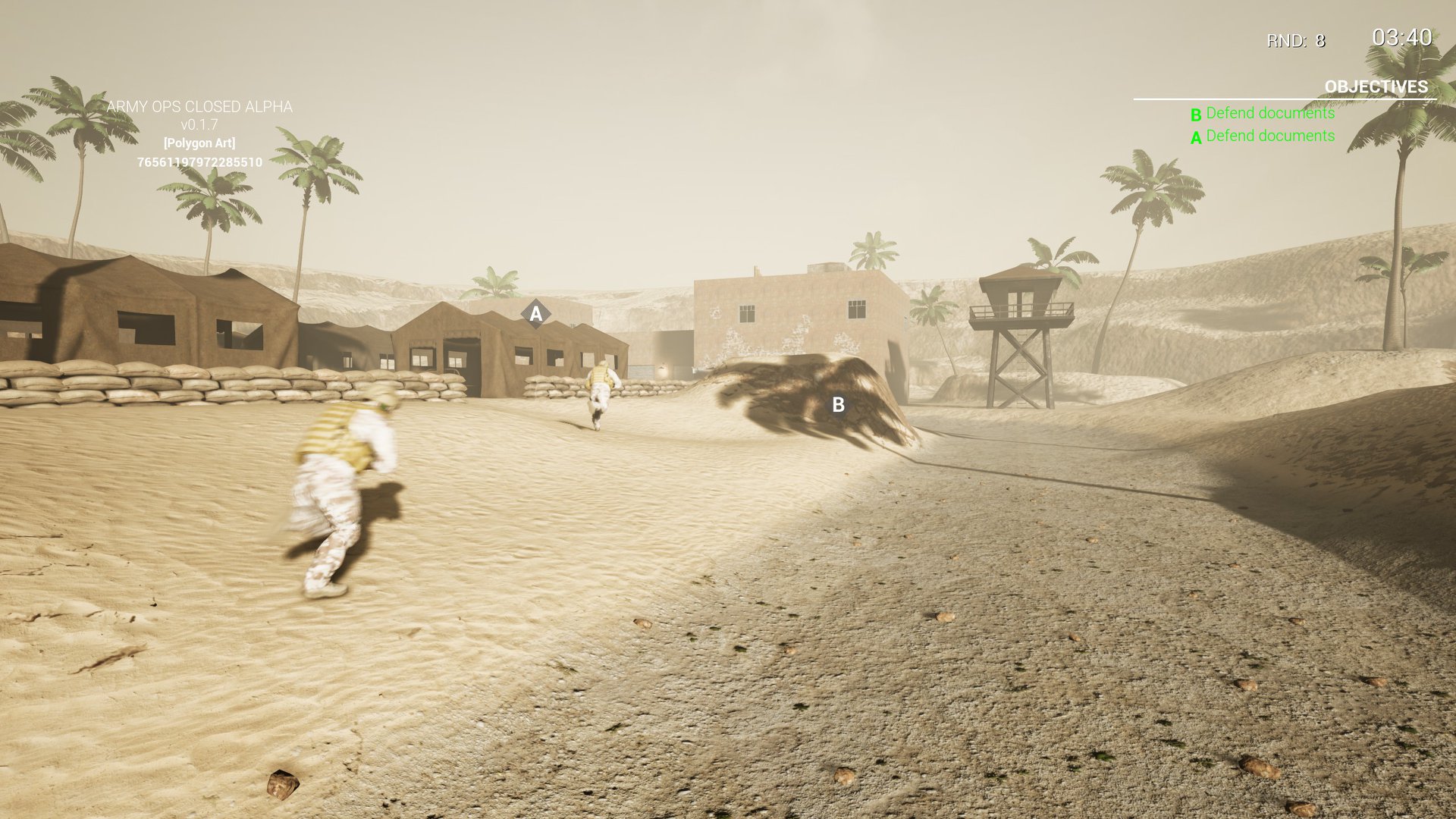 Target of this playtest was everything around server and netcode, but gameplay is always a point to discuss. And so I gathered feedback in this department as well.

But not everything that shines is gold and so is the Gameplay still in a very rough state. So here is the roadmap to the next Alpha test with a still uncomplete list of changes which I will take to adress the current issues and improve the gameplay in the future. 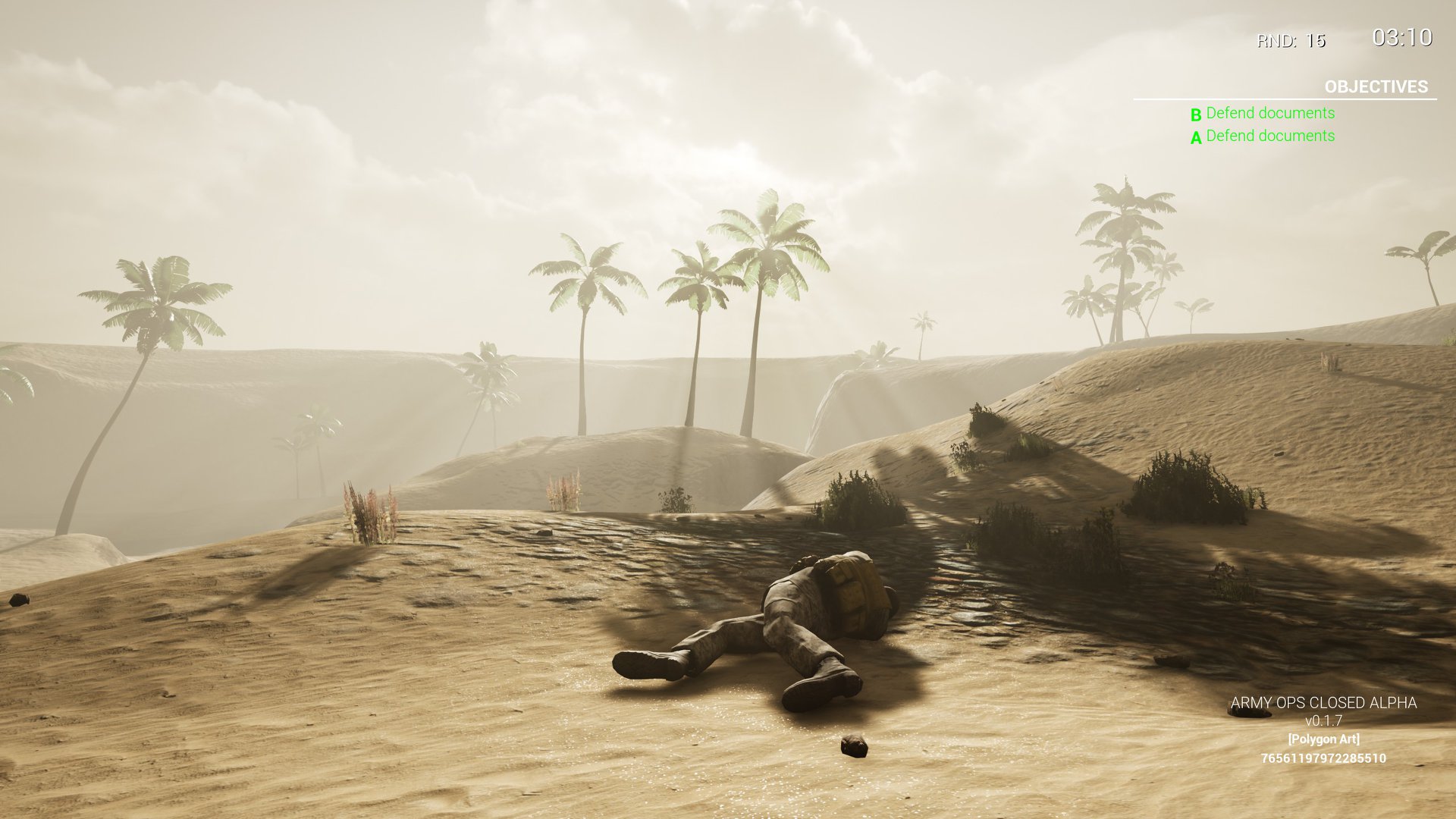 In the coming days and weeks I will tweak and improve the game in several directions.

Gunplay will be improved with shorter and faster animations, tracer ammonition will be introduced and the overall weapon balance and heandling will be tweaked. We'll add the ability to prone and lean left and right as well as make the ping system context sensitive.

Take a look at the constantly updated Roadmap here:
Trello.com 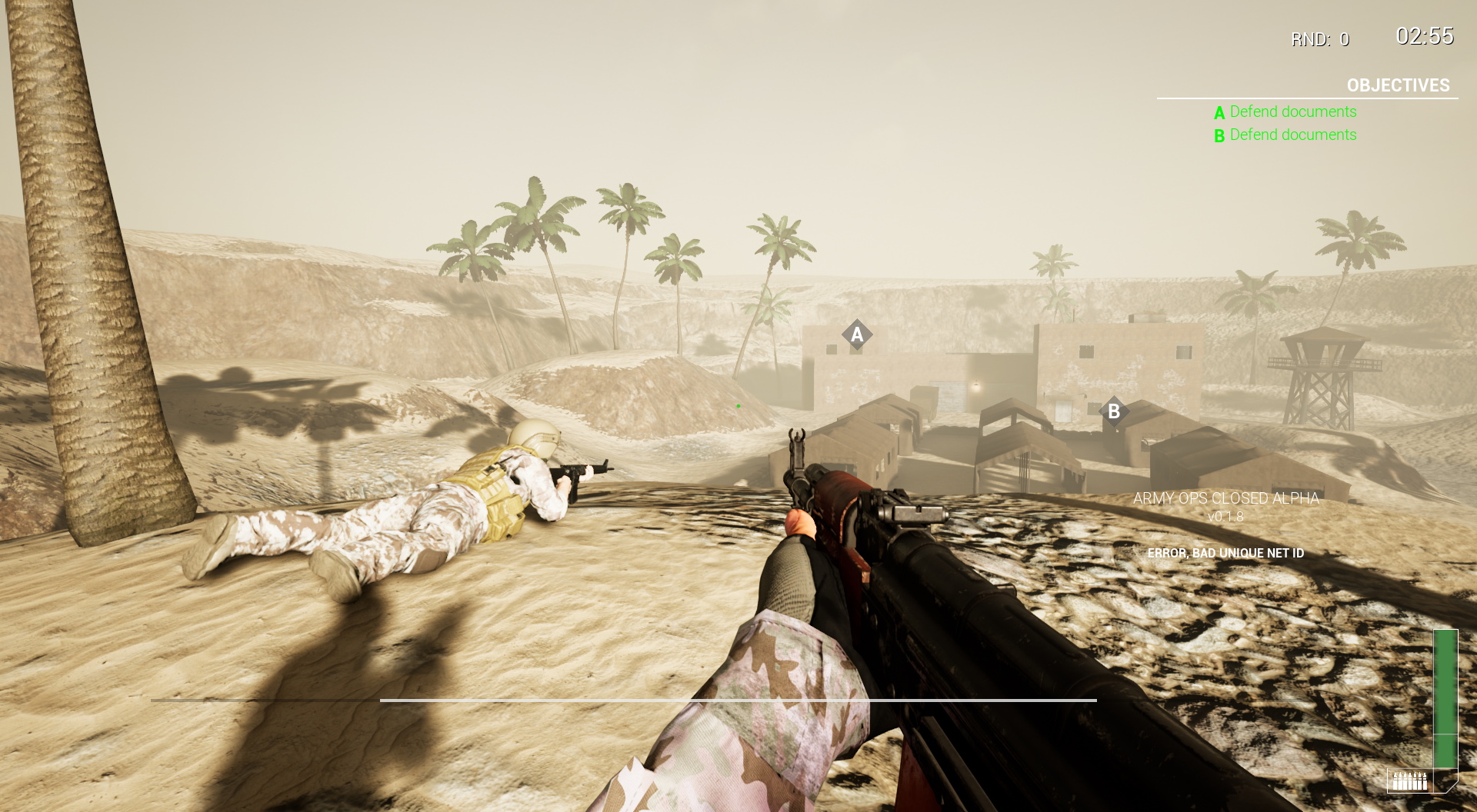