Army Ops is a spiritual successor to classic America’s Army and a realistic, team and skill based tactical multiplayer FPS with focus on small unit tactical maneuvers. With attention to teamwork around unique classes, a challenging progression system, leathal and unforgiving gameplay in short matches.

Army Ops is going into Alpha Test v4! This time we are using Steams new Playtest Feature! If you already have a Key for Army Ops, make sure to still sign up as this Playtest will use a different App-ID!

We don't have a exact date right now but we are very close to Alpha 4!

To close verything up: Here is a short preview of the newly recorded Voice Over for the Training coming in the full version of Army Ops and some new Screenshots! 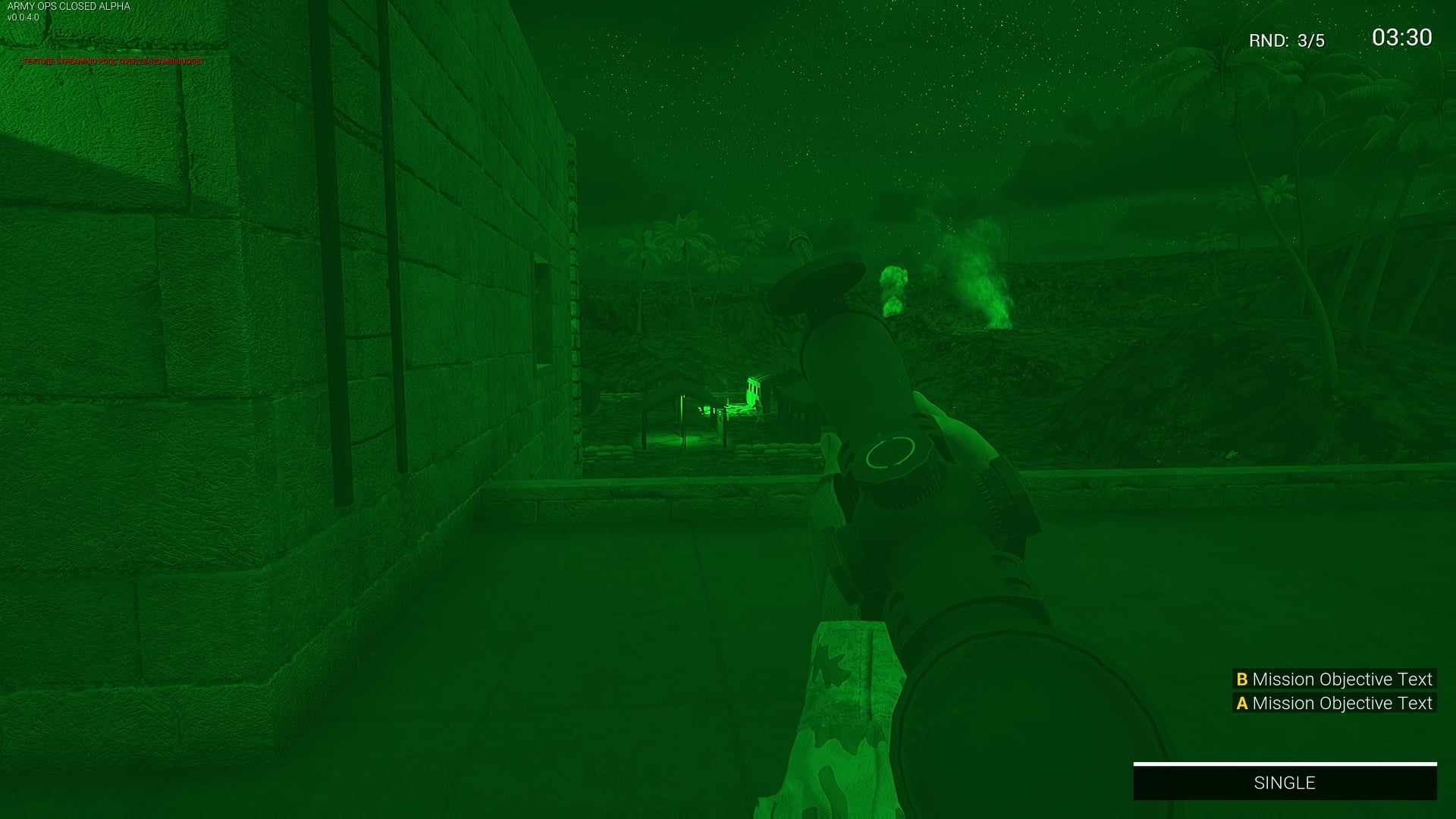 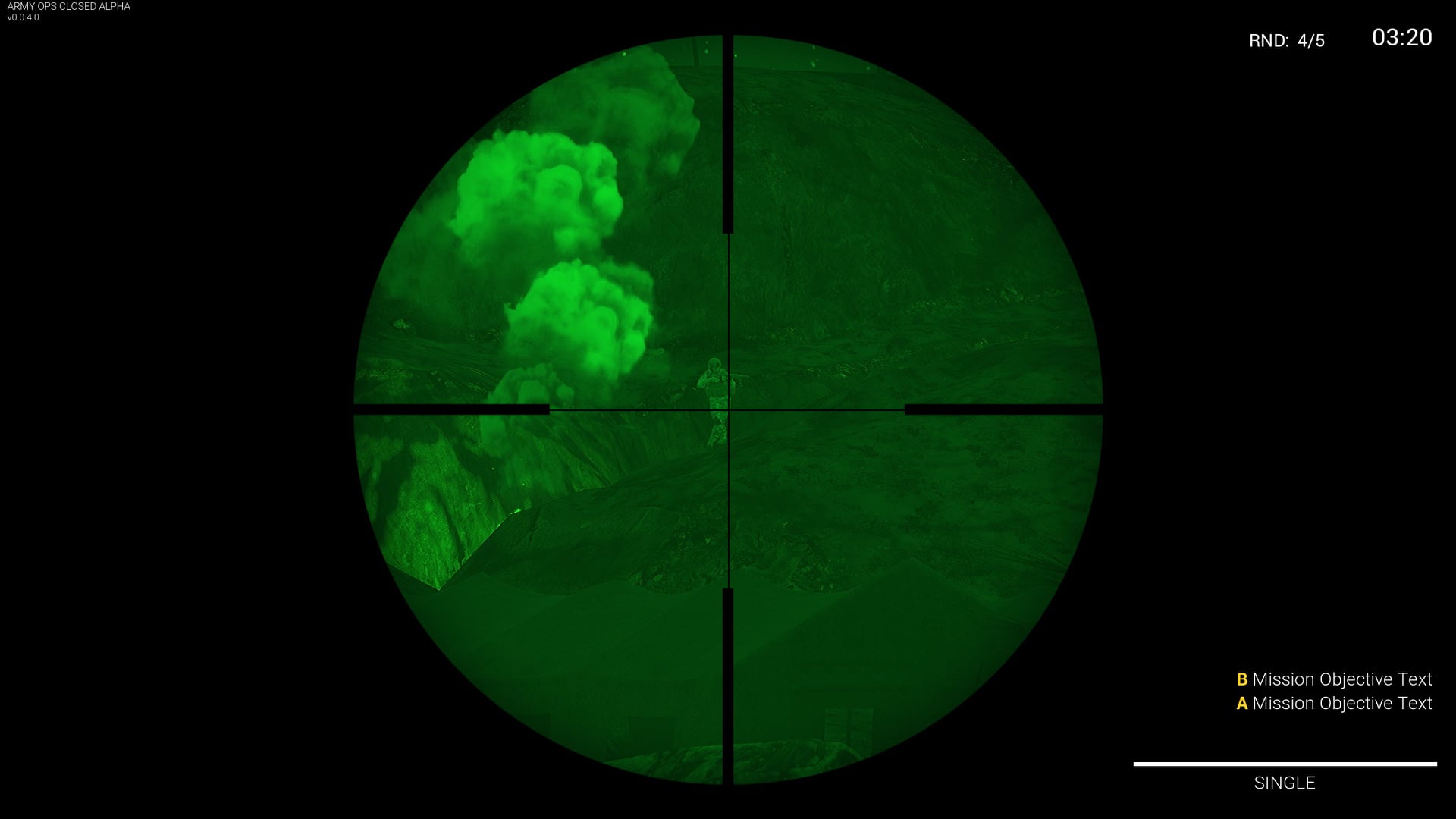 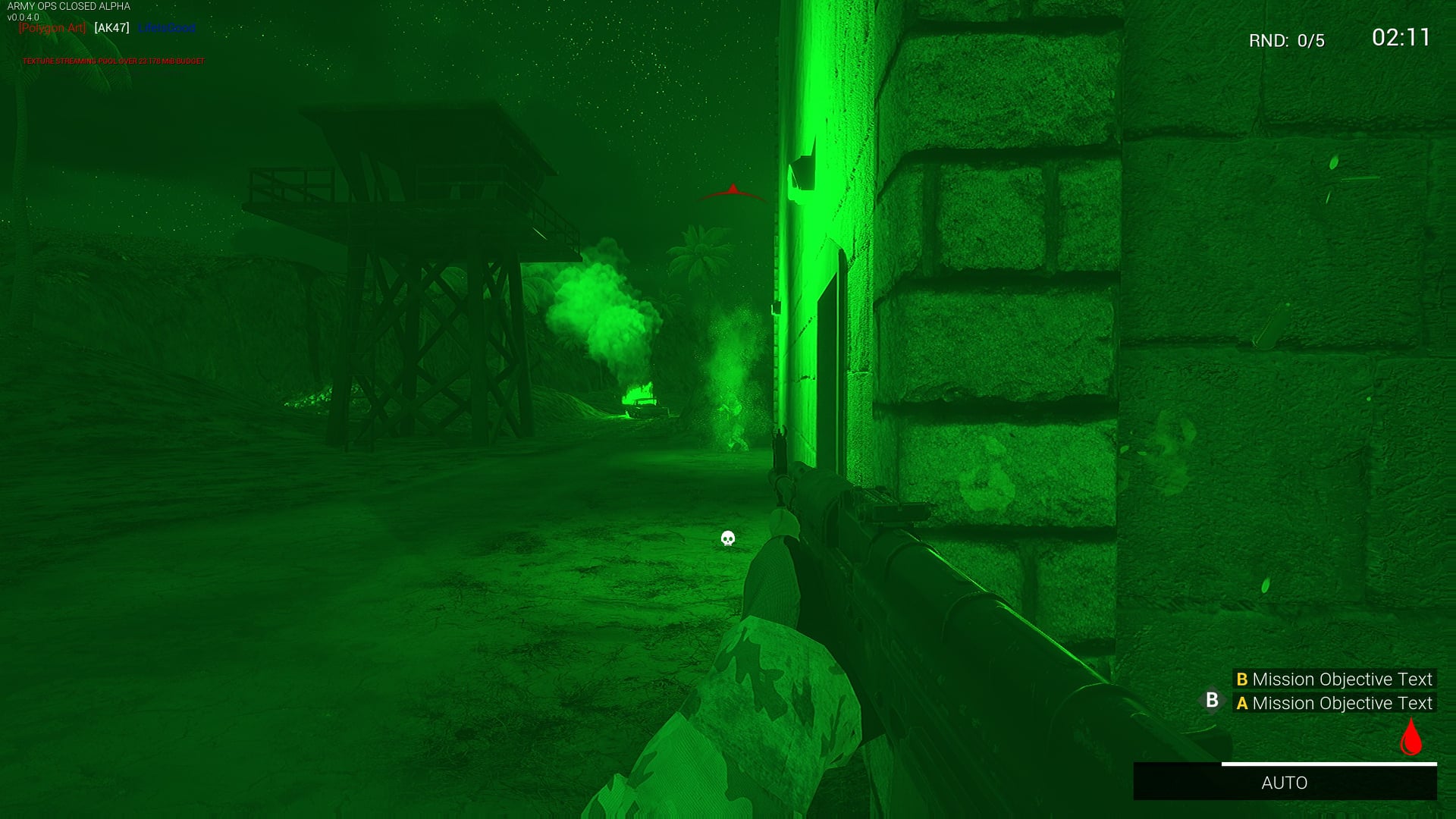 We are working hard on polishing Army Ops and get Alpha 4 ready as soon as possible! For the meanwhile, here are some updates on what we are working on

The next Army Ops Alpha is runing this weekend from Friday 17th July until Monday 20th July. Explore the all new Mission Ruins, throw Flashbangs and snipe...

Take a bumpy ride across the Tesselated and Parallax Occlusion Mapped roads of Insurgent Camp to talk a bit about the visual future of Army Ops.

Nearly 250 Players joines the first big playtest of Army Ops. Over 3 million lines of Serverlog later I compiled a growing list of changes in a Roadmap...

Create your own basic Map layouts and submit it to Polygon Art and get a chance to get your creation features as an official Map! Read the guidlines!

What factions are currently in or going to be in the game on release?

Right now US Army and Insurgents. We plan to add Russian forces and a more "generic" Terrorist faction to the game in the near future.

More factions are planned for the future and will be announced once the time is right :)

Okay! Are current maps based on Iraq or Afghanistan, or both?

And I hope you put Pipeline in there aswel :) that would be awesome !

Don't worry, there will be tons of maps coming in the future!

Good job keep it up!

The Alpha is now live and running!

The one of the most importent things of the old AAO Game was the movement Youtu.be

Beyond the Lines:RR First Person Shooter