After months of work and skipped Alpha 3, the CoffeeBiz Tycoon Alpha 4 update is released!

Posted by TheSociopathSoftware on Oct 18th, 2019

After months of work and skipped Alpha 3, the CoffeeBiz Tycoon Alpha 4 update is released!

New objects placing system
Kiosks and A-board advertisements can be moved around the district. No more "lost" and its restrictions, you can run your business almost anywhere.

New ingredients system
Rewritten from scratch. Every ingredient now can be different quality, have different taste and freshness

Customers evaluate and make decisions about where to drink (or not to drink) a coffee in a new, more complicated way. And players now have new instruments to understand customers' needs. Also, each kiosk now can be promoted on every district, even if it's not placed at all. 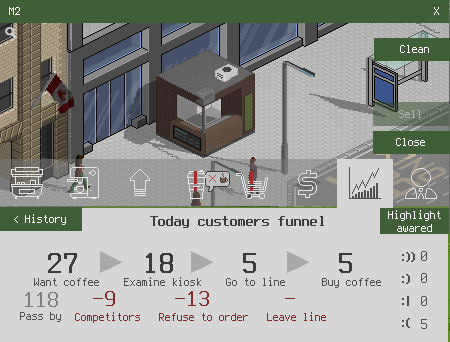 Some screenshots of Alpha4 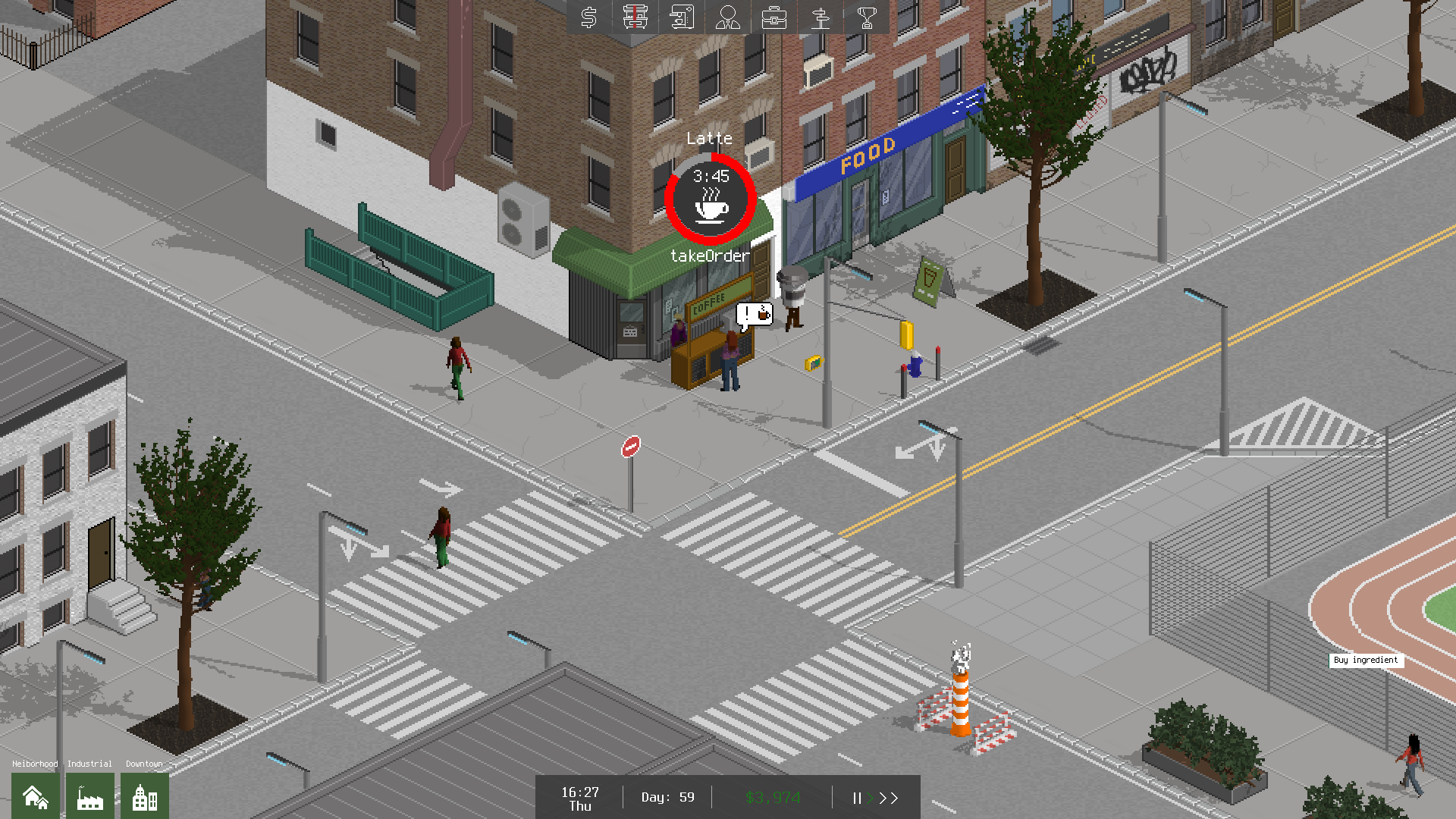 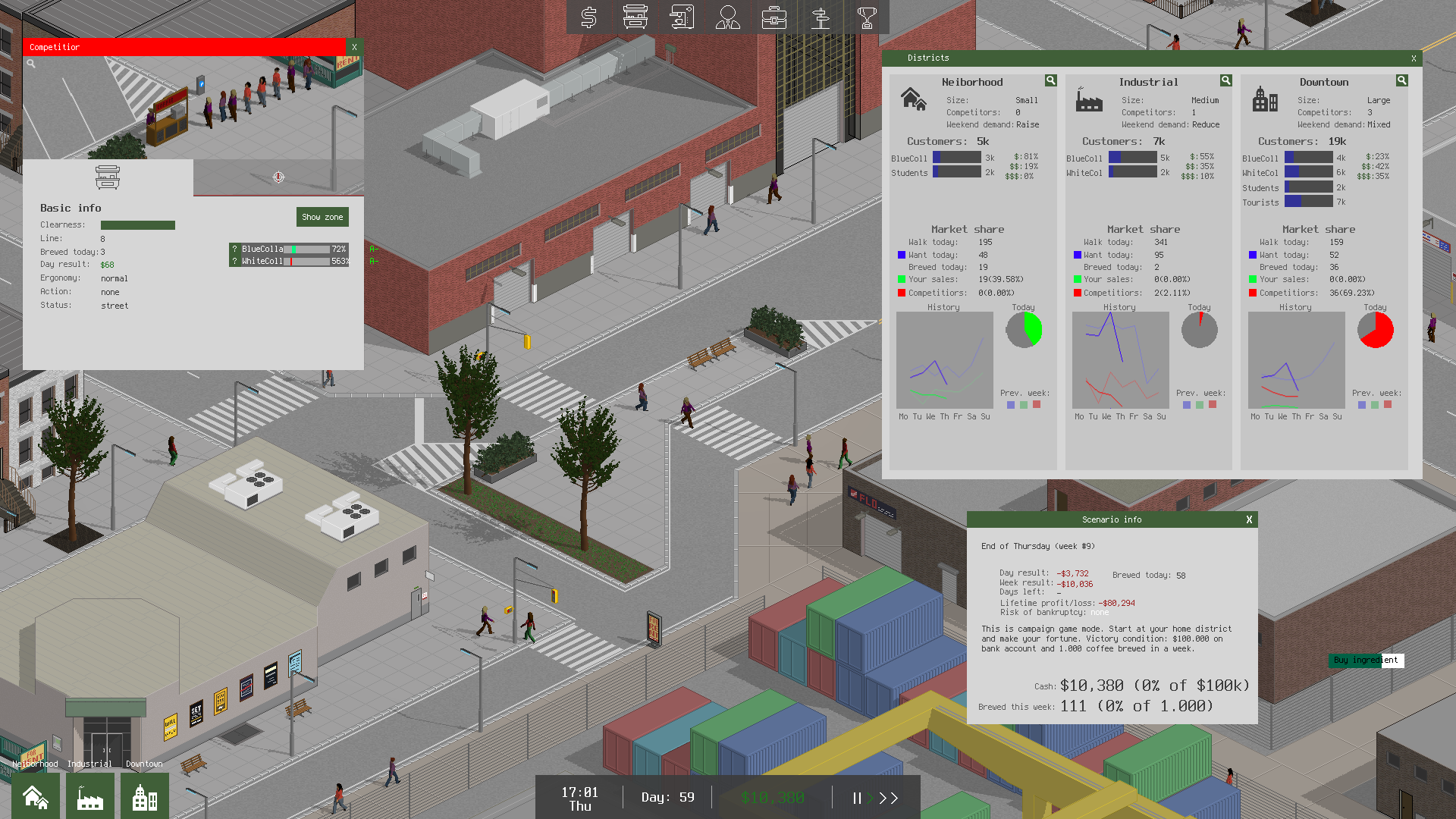 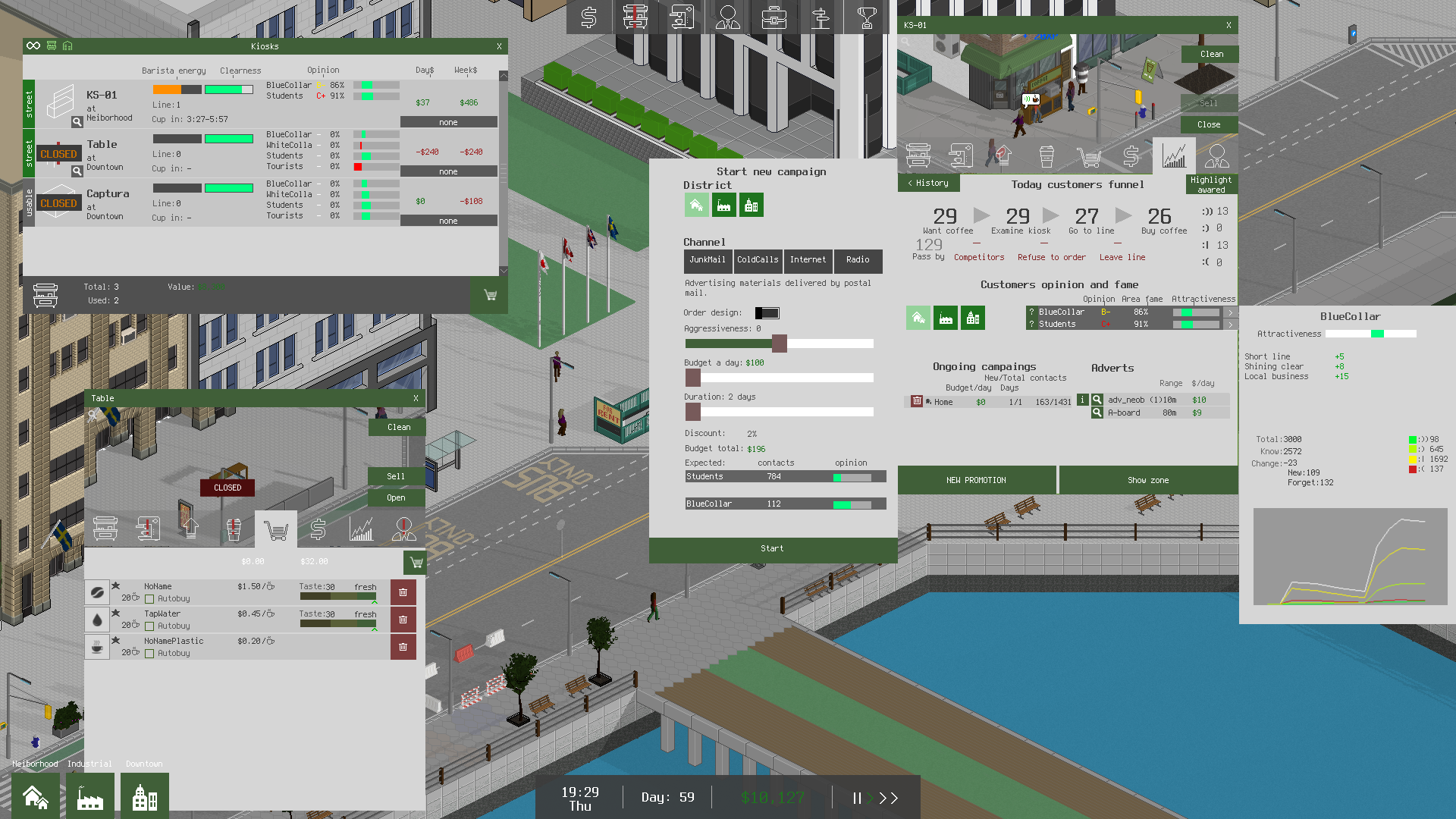 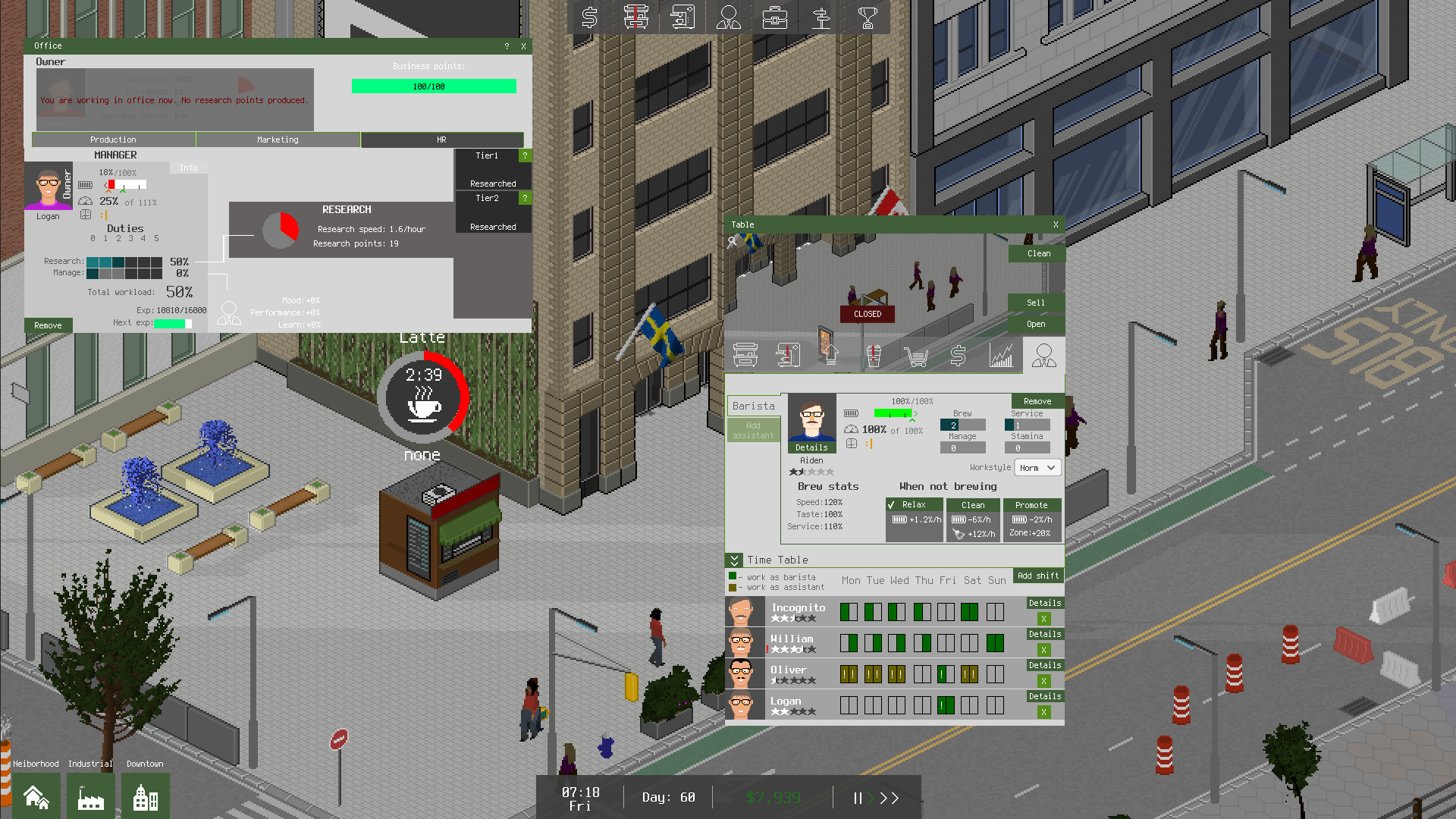