This time we worked on the story of the game, the item effects and their depiction and the overall HUD.

Hey everybody. How's it going?
Welcome to another of our DEVBLOGS. This time we worked on the story of the game, the item effects and their depiction and the overall HUD.

So let's head out and see what we've done:

Tell me a Story

Months ago we started to work on the story of the game and back then we weren't fully sure what kind of actual things should happen or how exactly we want to tell it. We first took the approach to tell a full plot that leads you through the game. As we build the game more and more we noticed that such a full-on revealed story doesn't fit the way we want the game to be and began to work on a more fragmented way to let some parts open that the players can fill with their imagination.
Because it has to serve the atmosphere and immersion of the game and it is more important HOW the story is told than WHAT it tells (what it tells is also very important), we came up with a guiding principle for our work: "The mountain tells the story, not us!"

Always keeping this principle in the back of our heads, we started to search for inspiration and references.
Working ourselves through several articles and stories about weird happenings on mountains, we decided to use anomalies to move our plot forward.
They fit good for us because they don't distract the player too much from the actual goal of the game, but still produce a tension to keep the player engaged.
Things like people getting lost in the mountains and never been seen again, supernatural events, cryptids and time holes became resources for us to write our story.
Knowing that many people explain these things with different explanations, we got the opportunity to integrate this into the concepts for different characters and their reasons to climb up the mountain.
For our believing Pilgrim, this meant that he's making his way to the summit, because he wants to save his village by serving the holy entities, therefore, he faces spiritual and godly events on his way to the top and receives signs from them. It also opens up the opportunity for us to give different characters different approaches to the same events. For example when finding a tree in heights where they normally can't grow the characters could have different explanations and interactions with it. But this still lies in the future.

Here's the current start of the game: 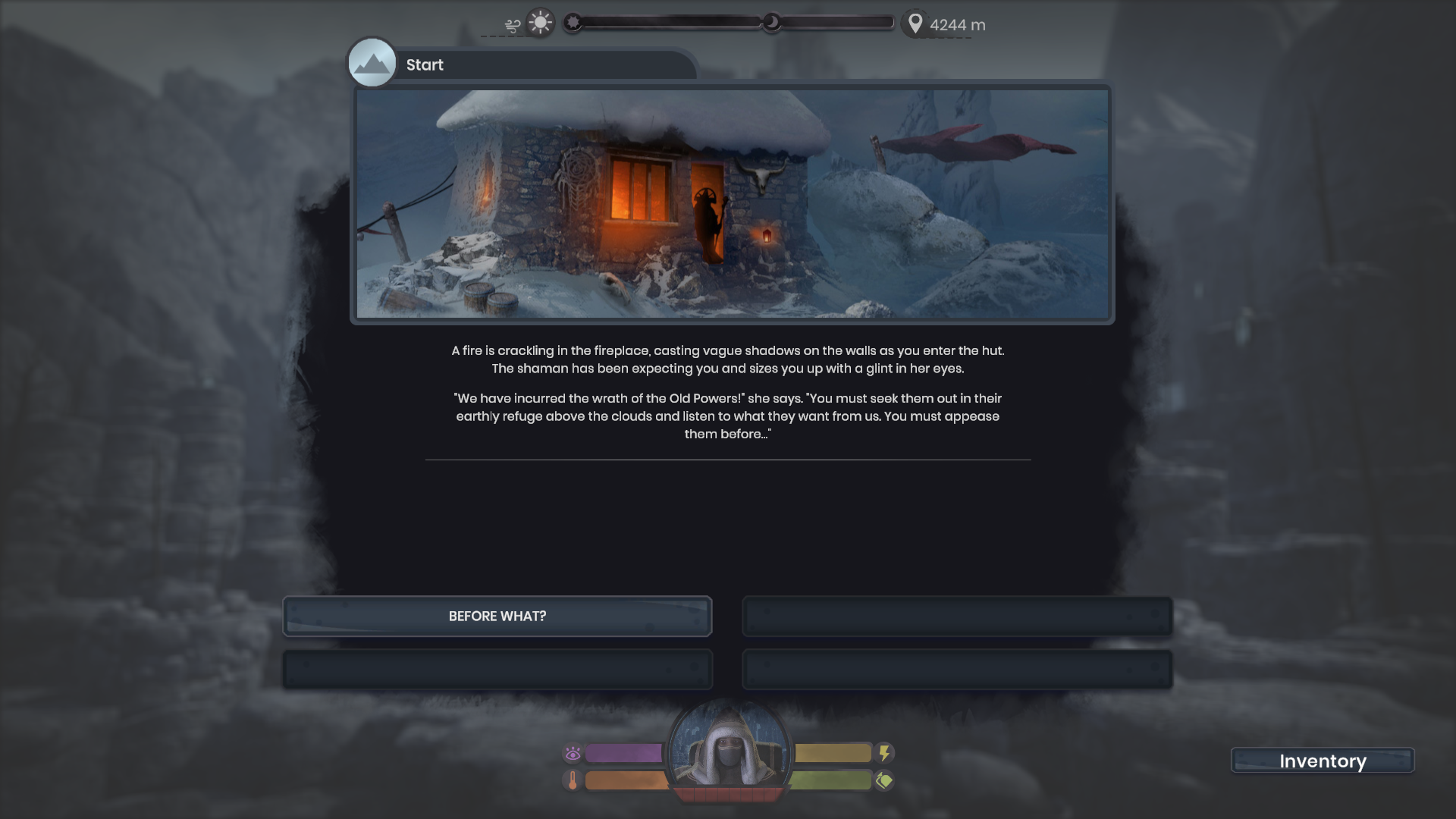 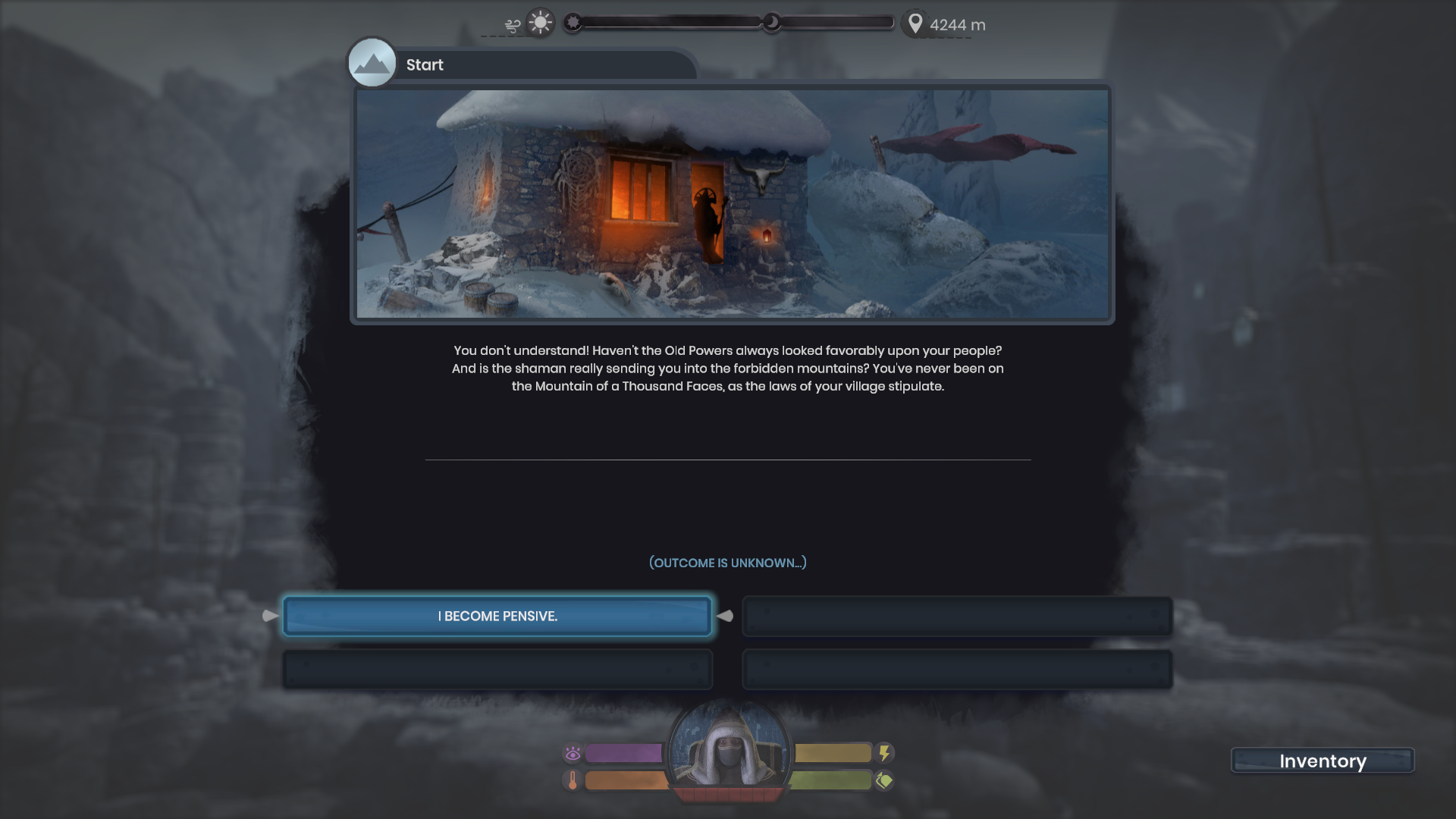 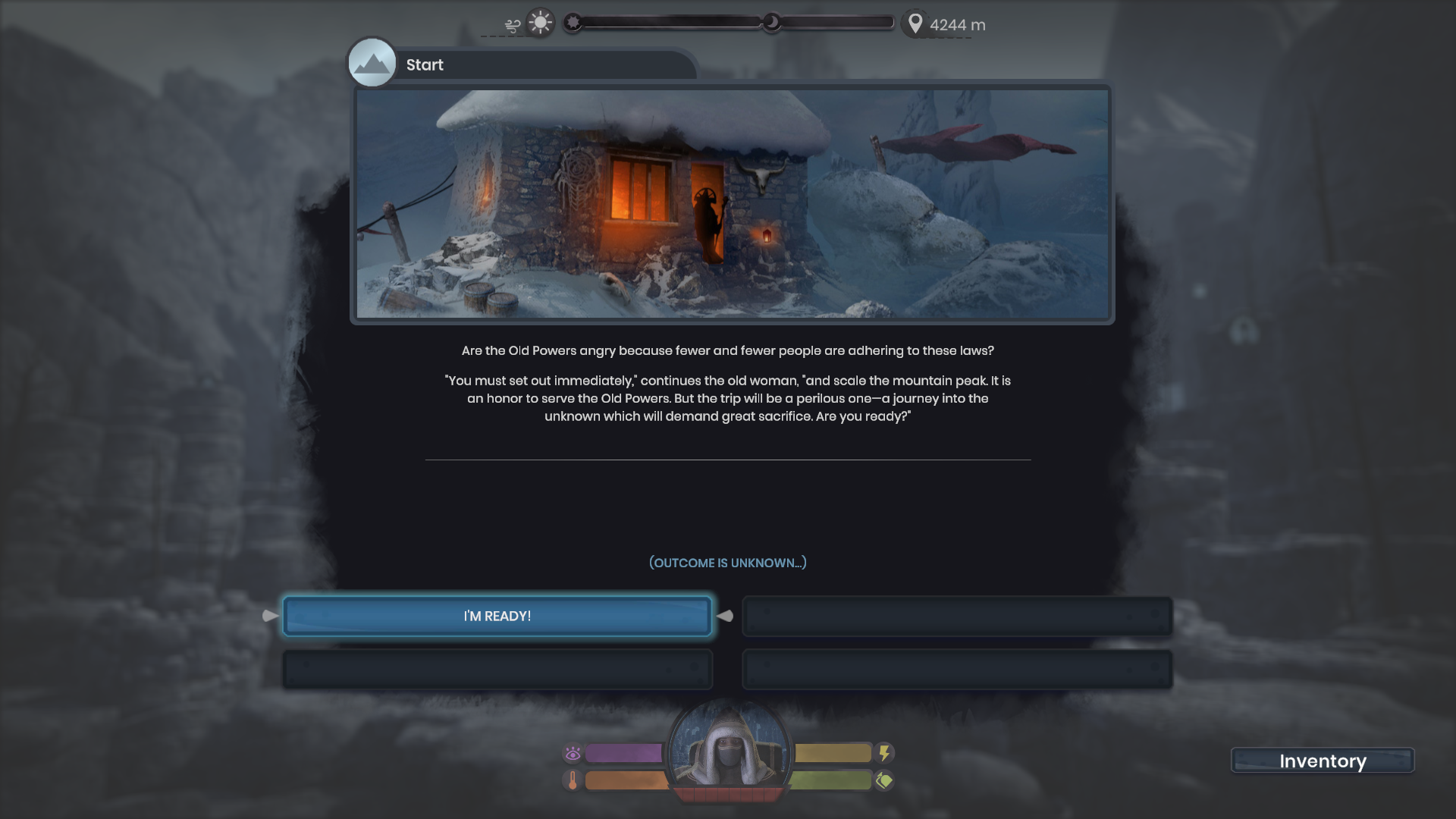 Getting Items and developing Traits

We updated the game step by step. From switching to a new render pipeline over updating the hextile visuals and creating whole new weather effects. Now was the time
to put our hands on the items and the temp effects.

We added some new items to the game and also separated the items into activatable and equipable items.

The equipable items can be equipped by dragging and dropping them into one of the 3 special slots in the inventory. They will give you certain buffs while equipped. But you can only equip only one of each type at the same time. For example, you can't put on snowshoes and crampons at the same time. The activatable items didn't change that much. Most of them only got a small debuff to make them more situational instead of just using them at all times. 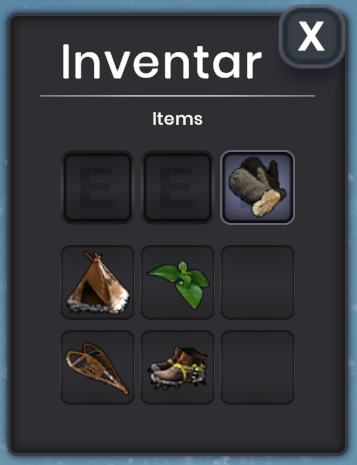 Another thing we updated are the traits you can receive through leveling up. There are now more traits you can choose between. All of them give you a buff for the entirety of the run and will be shown in the lower-left corner with all the other temp effects that are active as you play. 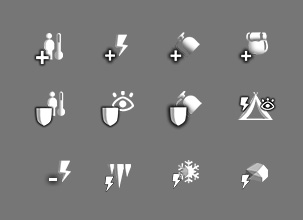 Both all the items and the temp effects got new icons. When updating the item icons we oriented ourselves on the older versions of them and made them more appealing. Most of the temp effect icons are based on the icons of the stats they affect. So an effect that boosts your Energy by 50% will have a similar look to the Energy Stat icon.

We also unified the formatting of the hover texts to clean up everything.

Thanks for reading our DevBlog.
If you want to support us and be part of the community feel free to follow us on Twitter or join our Discord. There you can also send us your ideas, suggestions and wishes for the game, discuss these ideas with the other members and later on be one of the beta testers.