Animations for the new character, updated weather and day/night cycle visuals and overall visual updates of the hextiles and the decoration!

Hey everybody. How are you doing?
Being inside your own home has its downsides, but we still manage to maintain our work habits and routines.
Maybe that's the reason why we managed to step up our game another level and change a huge amount.

You want to see what we worked on? Well here we go:

The Pilgrim and his animations

As mentioned in the previous DEVBLOGS we really put our effort into giving our character a realistic look for the setting of our game. As you may know, we used a lot of different mountain tribes as a reference for the design of our character. We also decided to give him a very archetype look and no name to really let the player identify with the character when playing. Therefore he's just called the "Pilgrim". 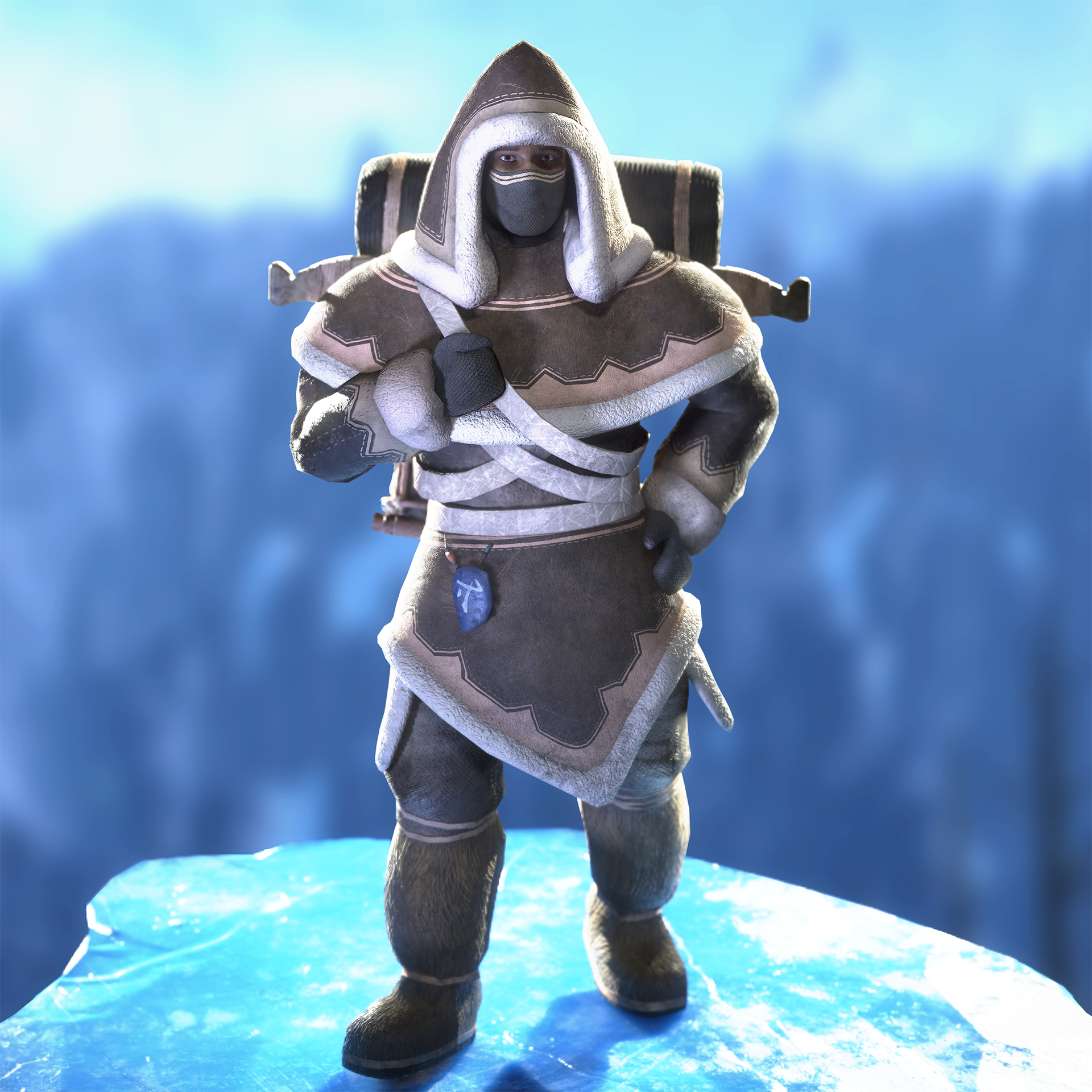 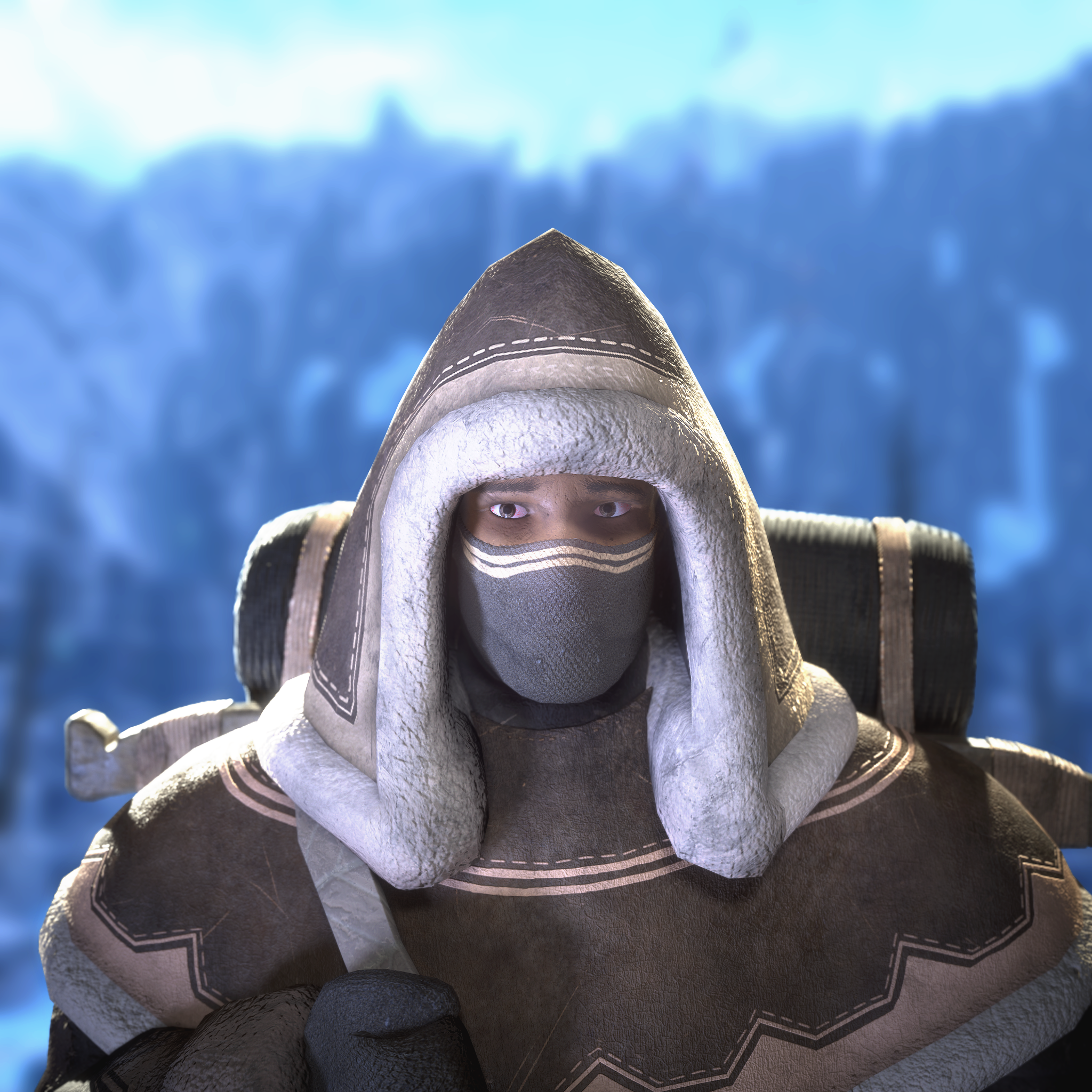 But not only did we want him to look natural and fitting, but also move in the right way. So we worked a lot on the climbing, walking and also the idle animation. We're happy to say that our character is finally in the game with all of his animations.

That doesn't mean that he's not getting more. ;) It just means that we finally can work with him in the same way we do with the hextiles - with step by step improvement!

Weather and the day/night cycle

Speaking of step by step improvement: All the weather conditions planned and concepted in the last weeks are now fully in the game with smooth transitions between them.
That means as you make your way to the top you can now be greeted by a ferocious SNOWSTORM which takes away a lot of your vision.
You can literally freeze to death on a clear but absurdly COLD day depicted by an icy frozen vignette.
You can also just have a cloudy day with a little bit of snow, but getting up and down the mountain will still be a tough task.

To give them a full-on realistic look our artists designed different skyboxes for all weather states - day and night. 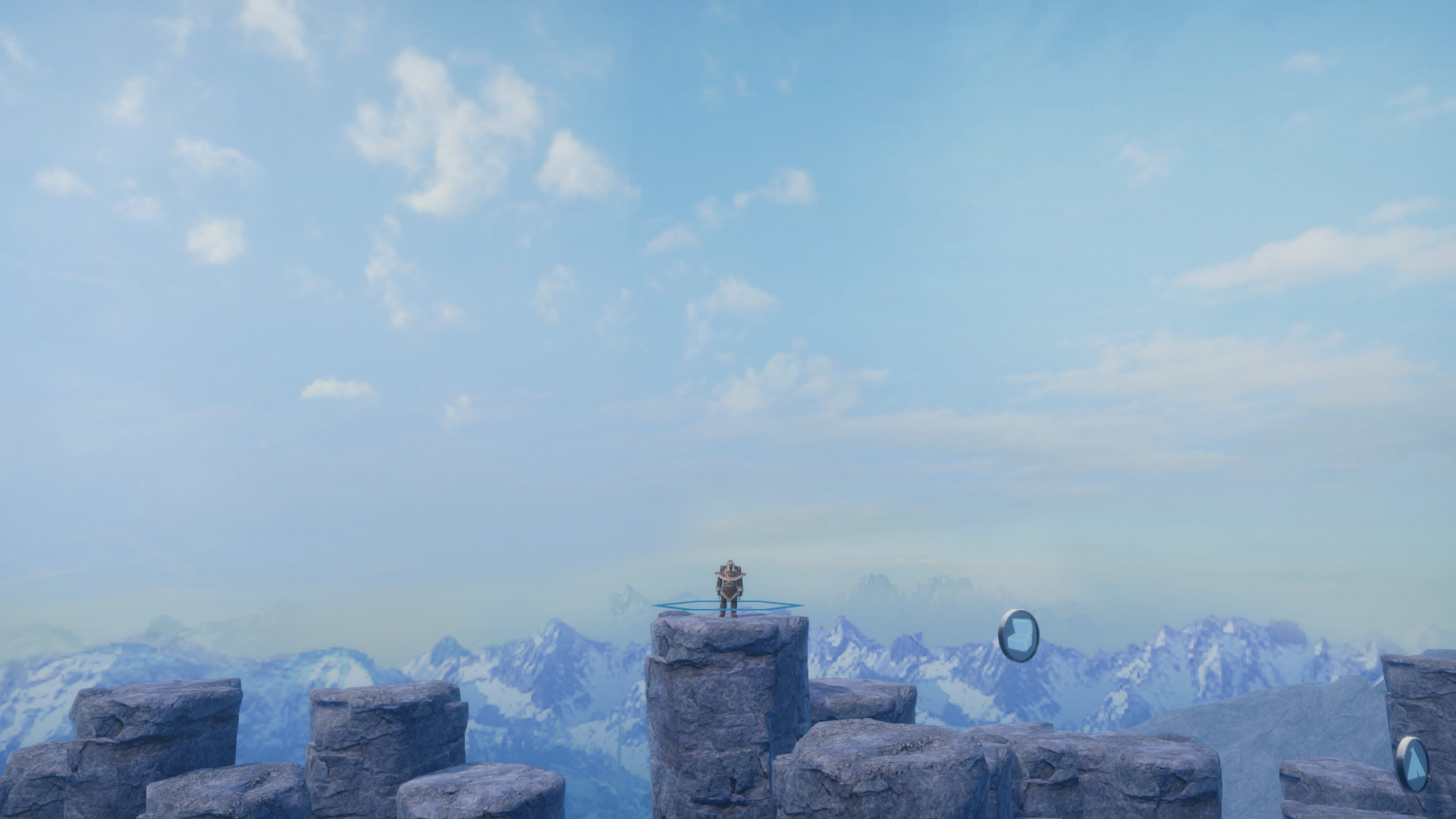 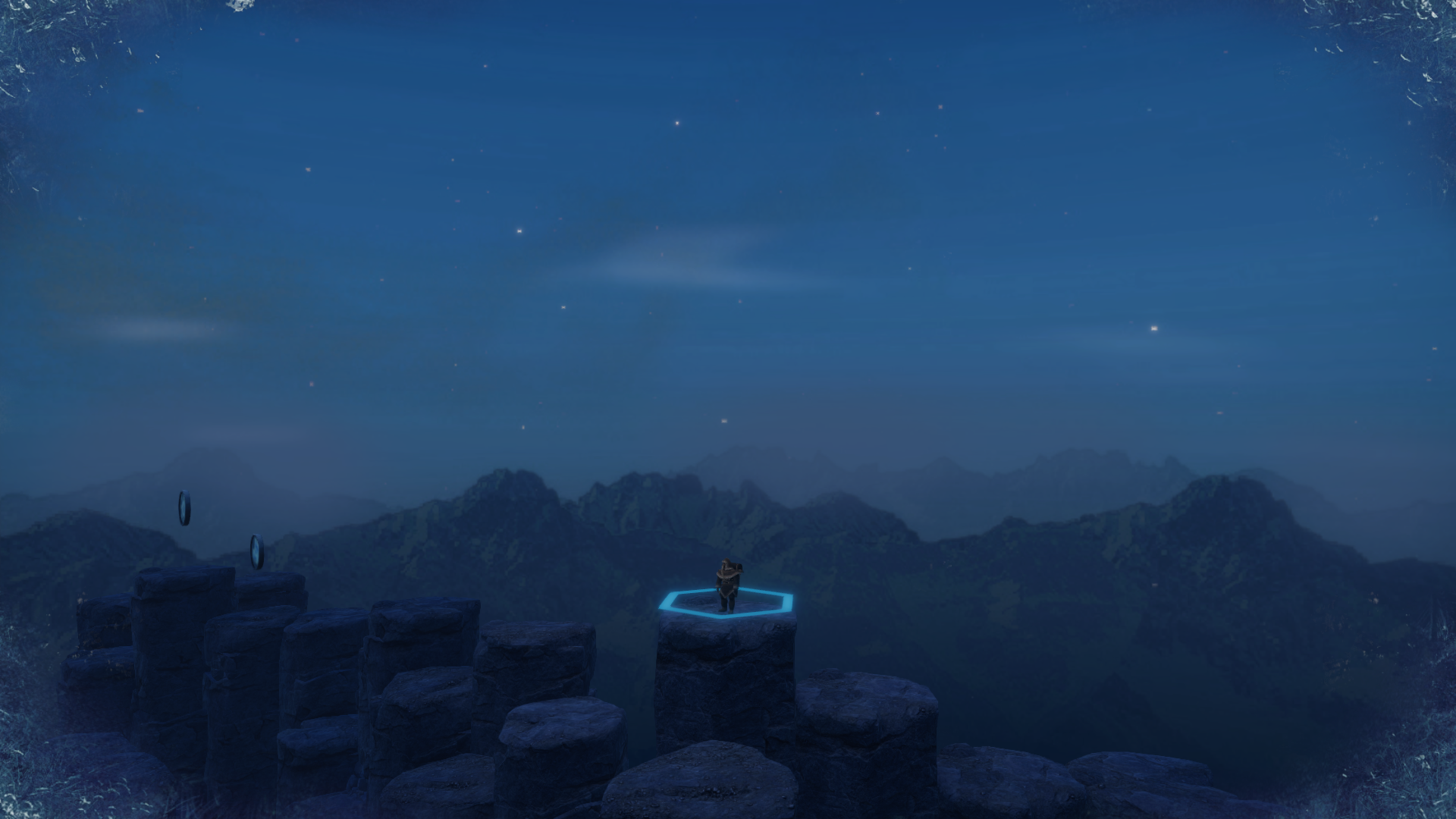 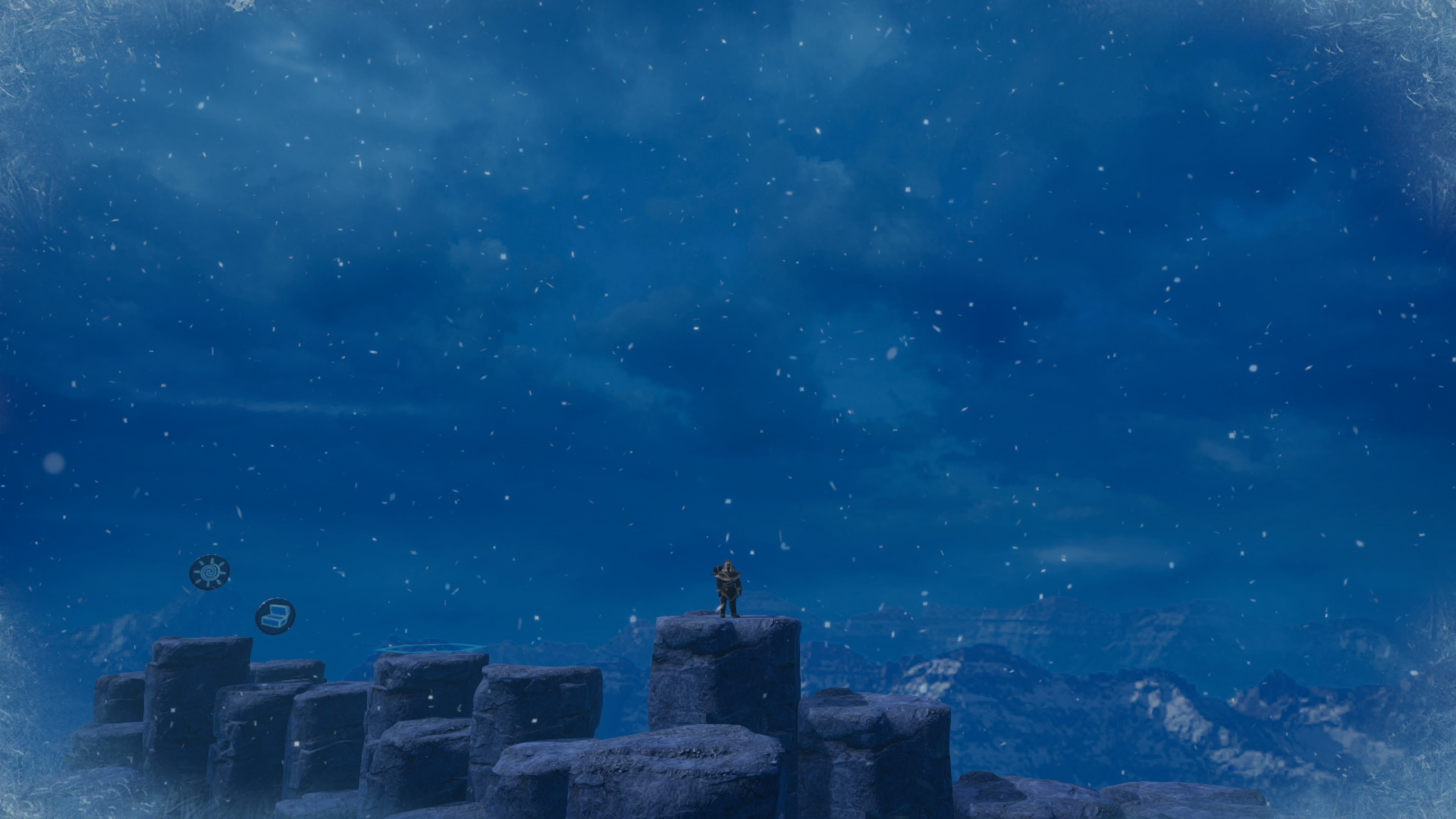 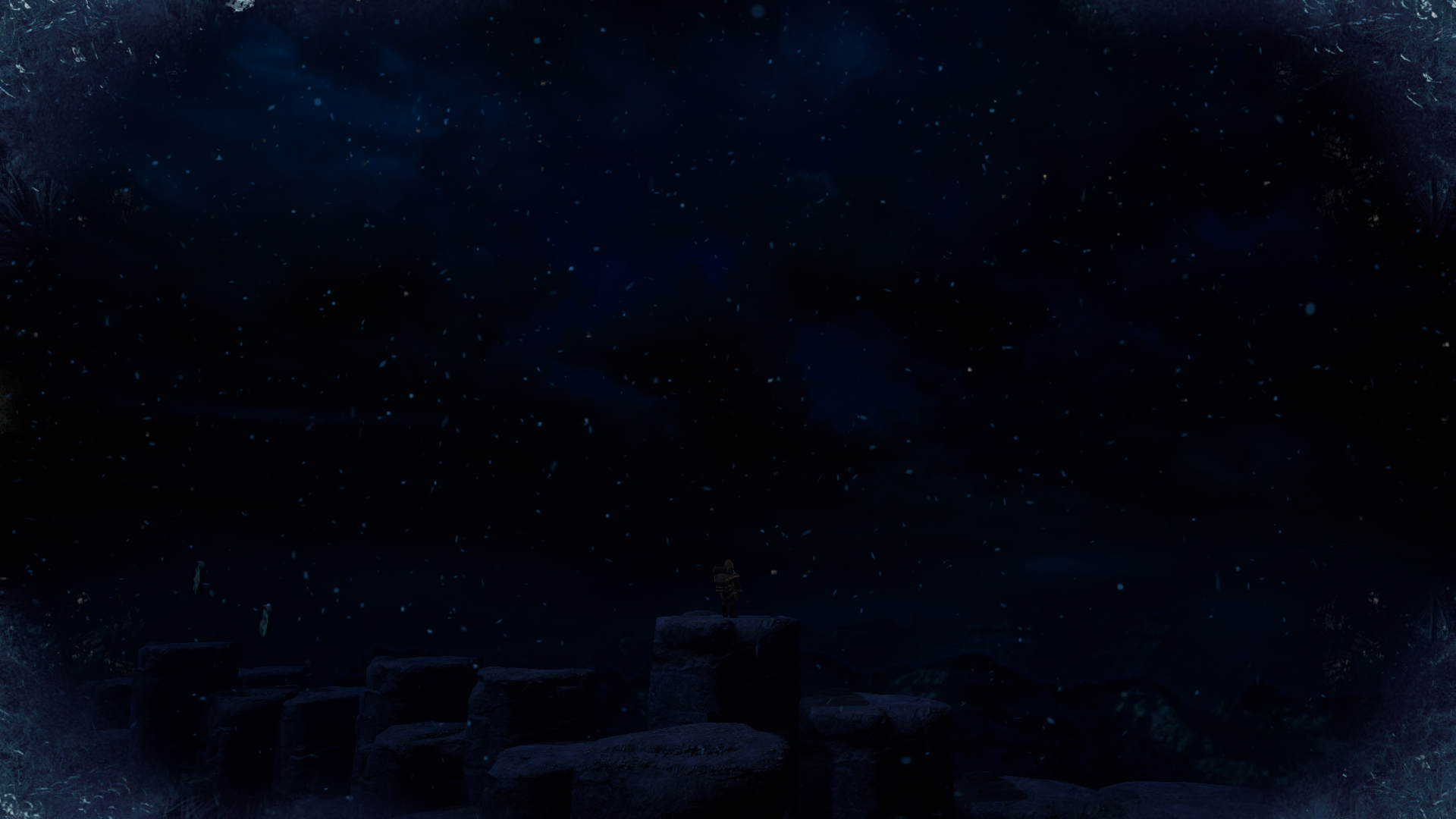 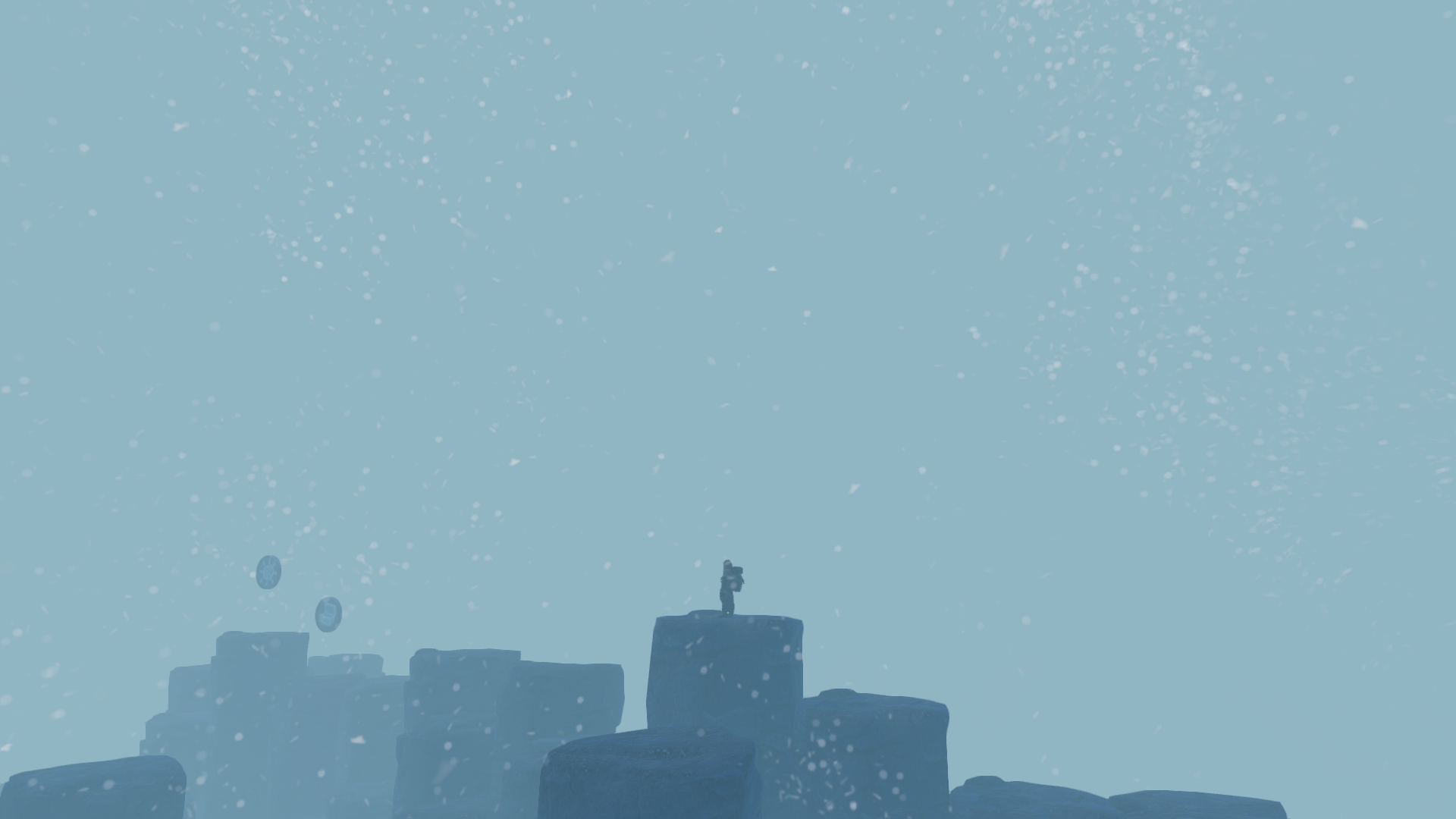 As you can see we also improved the look of all the hextiles and the overall decoration on and next to the mountain.
Our artists put a lot of effort into making the hextiles look the way they are right now.

We worked on the tiles with the premise to make them distinguishable from each other, but also have them harmonize with the rest of the game.
We managed to make them as detailed as possible without creating too much noise, by keeping a good balance between the shapes.
Through spots with a different amount of reflection and a stronger glossiness, we got our life-like look.
In the end this workflow, many references and a lot of feedback in between resulted in the final look we have right now. 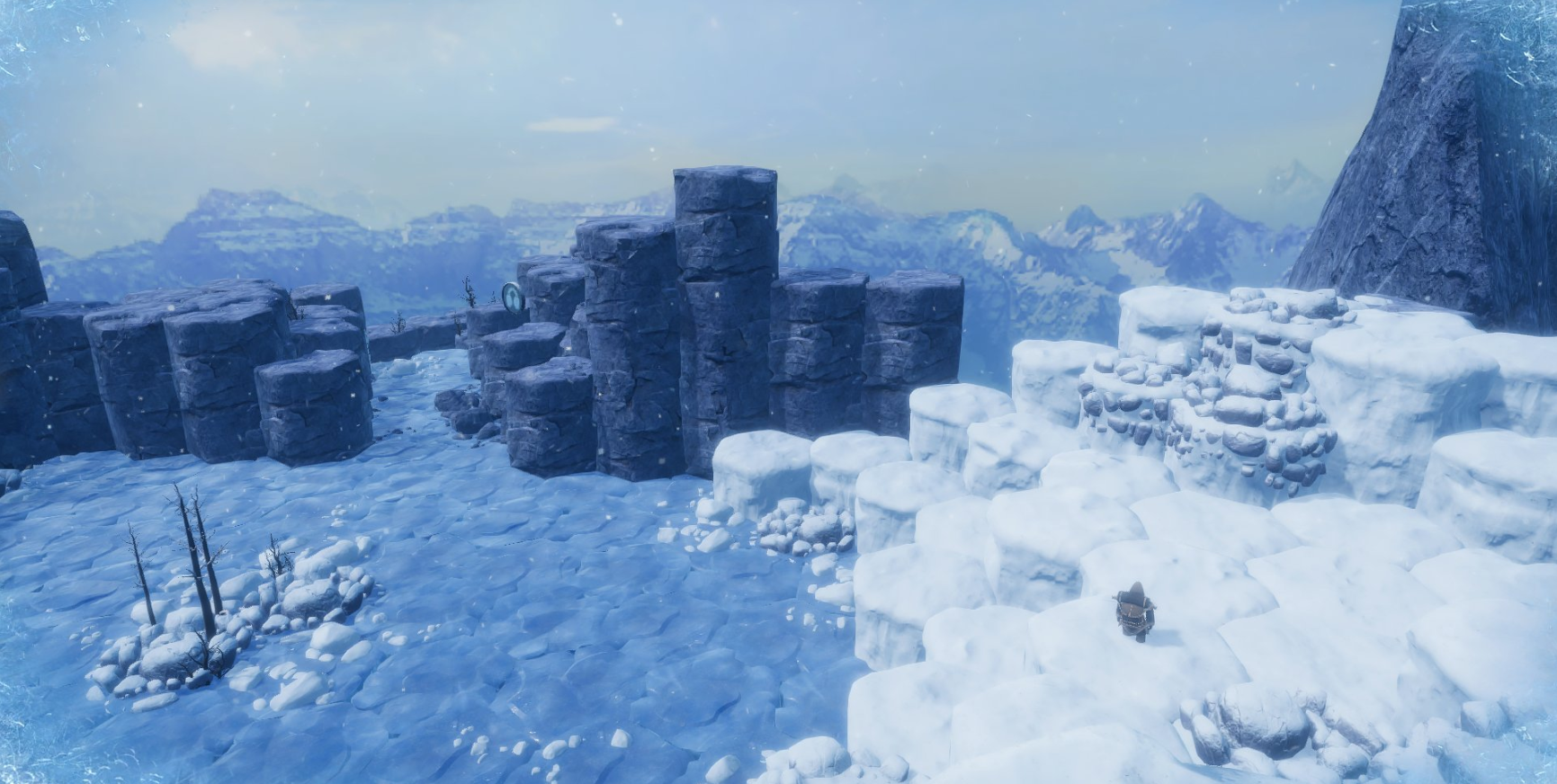 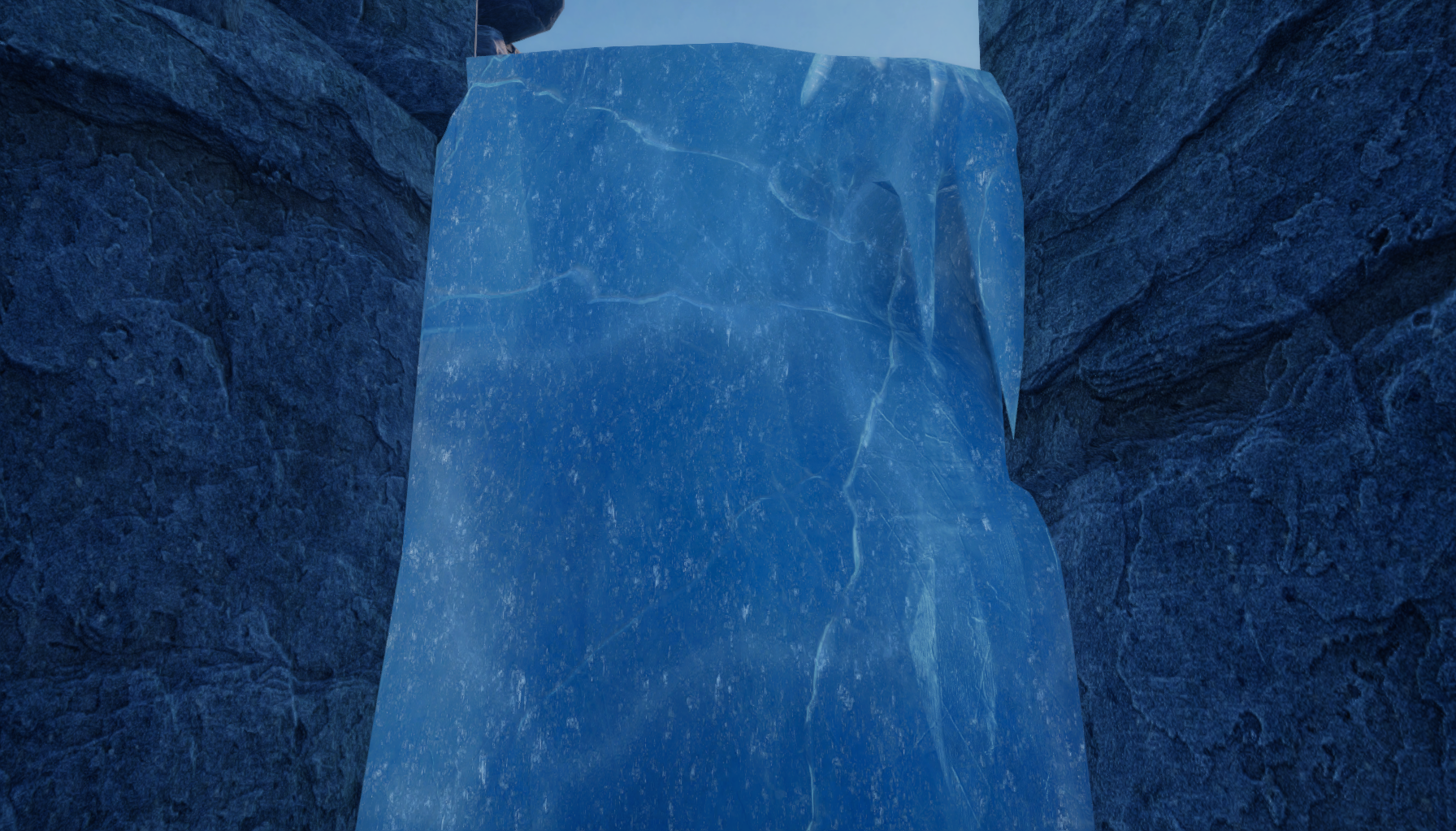 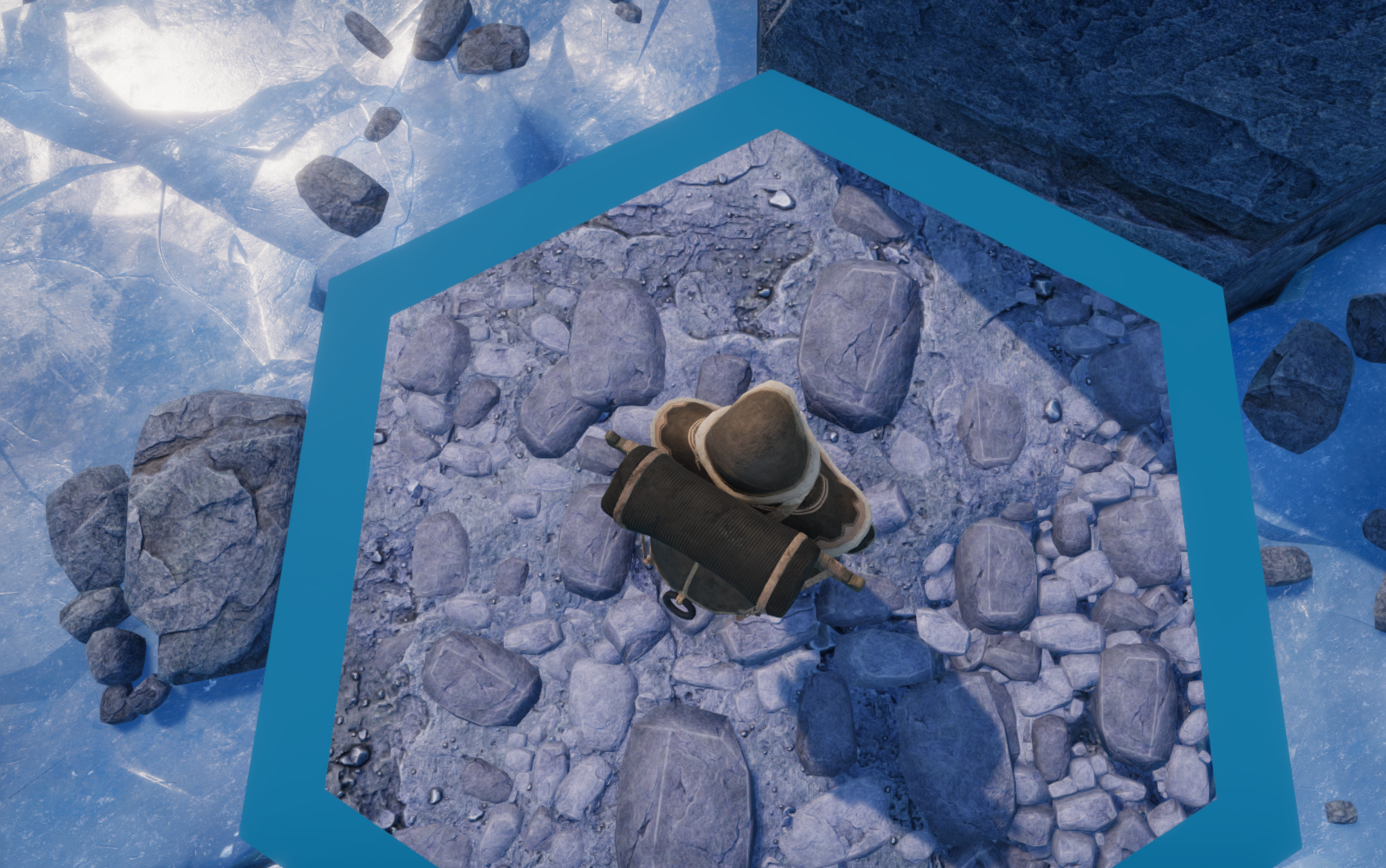 Due to the detailed character model and the fully improved visuals of the game world, we were also able to add a start screen to the game, which later gives you the possibility to enter the options or take a look at the credits to see all the names of the nice people who created this game :3 It also fills you with the right feelings and motivations before you enter the actual game!

Alrighty, that's it for this week. Thanks for reading our DevBlog.