Why move just around the ground when you can jump and shoot your enemies from above?

Don't just stay in the ground! Get to the second floor and shoot enemies from another position or you'll be doomed

Hi, dear friends. This week, I’m back to the architectural basis of Immortal Redneck. What I mean is I’m talking a little more stuff about how the rooms are built in our game. Don’t worry, I won’t go much into technical features or detail, I’d rather show you how different heights integrate in Immortal Redneck and why we chose to build the game around jumping and shooting while moving through some floors.

Immortal Redneck, as you know, has randomly generated floor layouts with rooms that have been designed very intentionally. That’s is, the rooms are our creation, but the position and doors assigned to them are random. That means that even if we don’t know what room is on the other side of a door, we know that is has an intentional design, that its built with some ideas behind. It’s not proceduraly built, but proceduraly placed with others.

In other words, we control the design, and that’s why we decided to make rooms with different heights: you can move around the ground, but also jump or go up some stairs to get to the second floor of that same room. 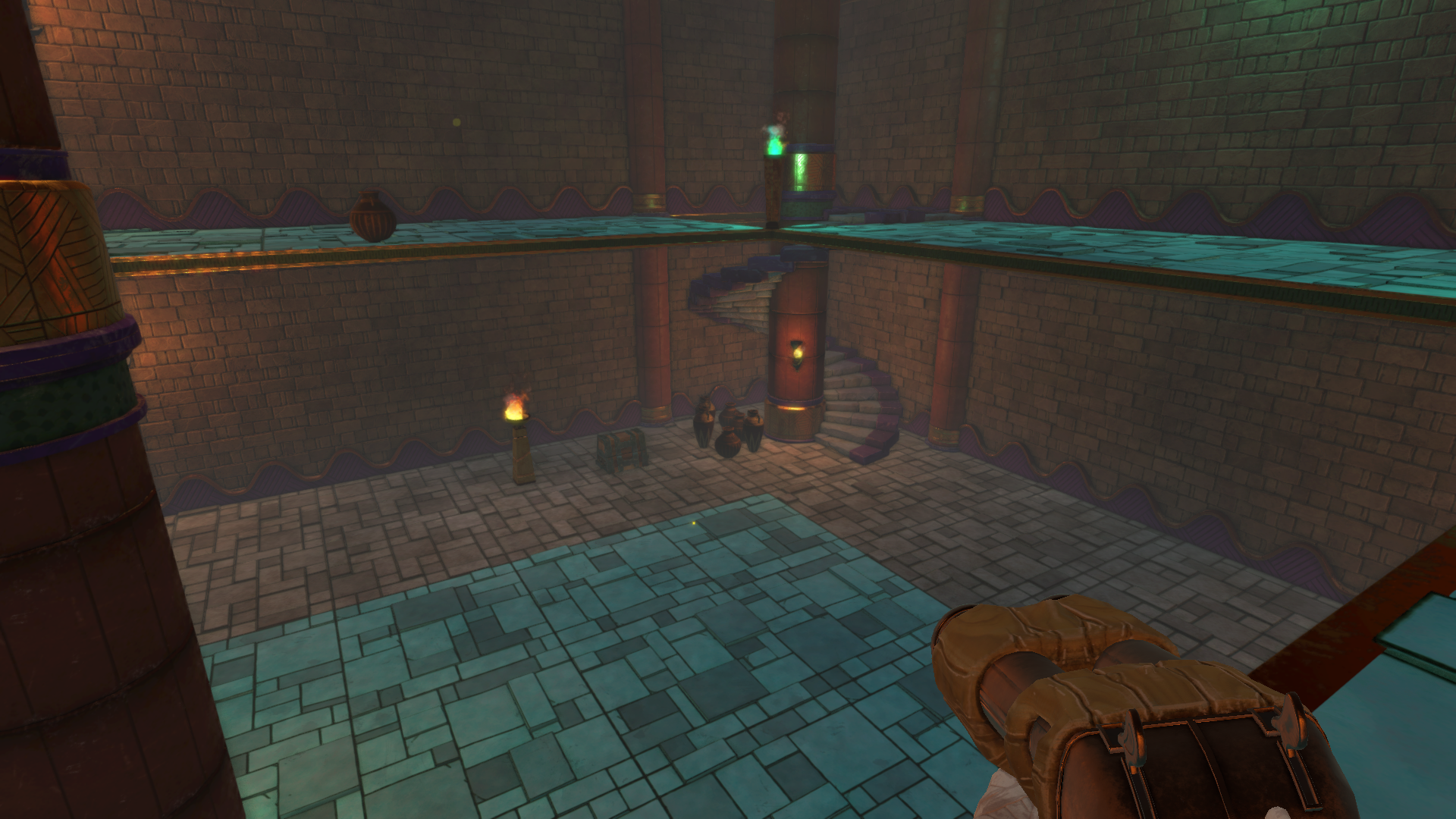 We did this, mainly, for three reasons: not many FPS roguelites have this – they mostly have rooms with a ground floor and enemies –, it allowed us to experiment with the redneck’s moving patterns and made the shooting far more interesting.

After all, moving and shooting is the most interesting mechanics of Immortal Redneck, so we had to make them both available and interesting. Going around a room dodging enemies, killing them and using the stairs to go to another floor and get away from the danger is a common thing in here. Also, player awareness is increased, because some enemies will attack you from above.

Now that you now that, let’s see what we’ve got.

In first place, we have smaller rooms and bigger rooms. Thanks to our awesome algorithm we can make all kinds of rooms and place them however we feel like. That’s why we made it so awesome, because we didn’t want to feel contrived by the partially random nature of our game. Look a these room, for example: 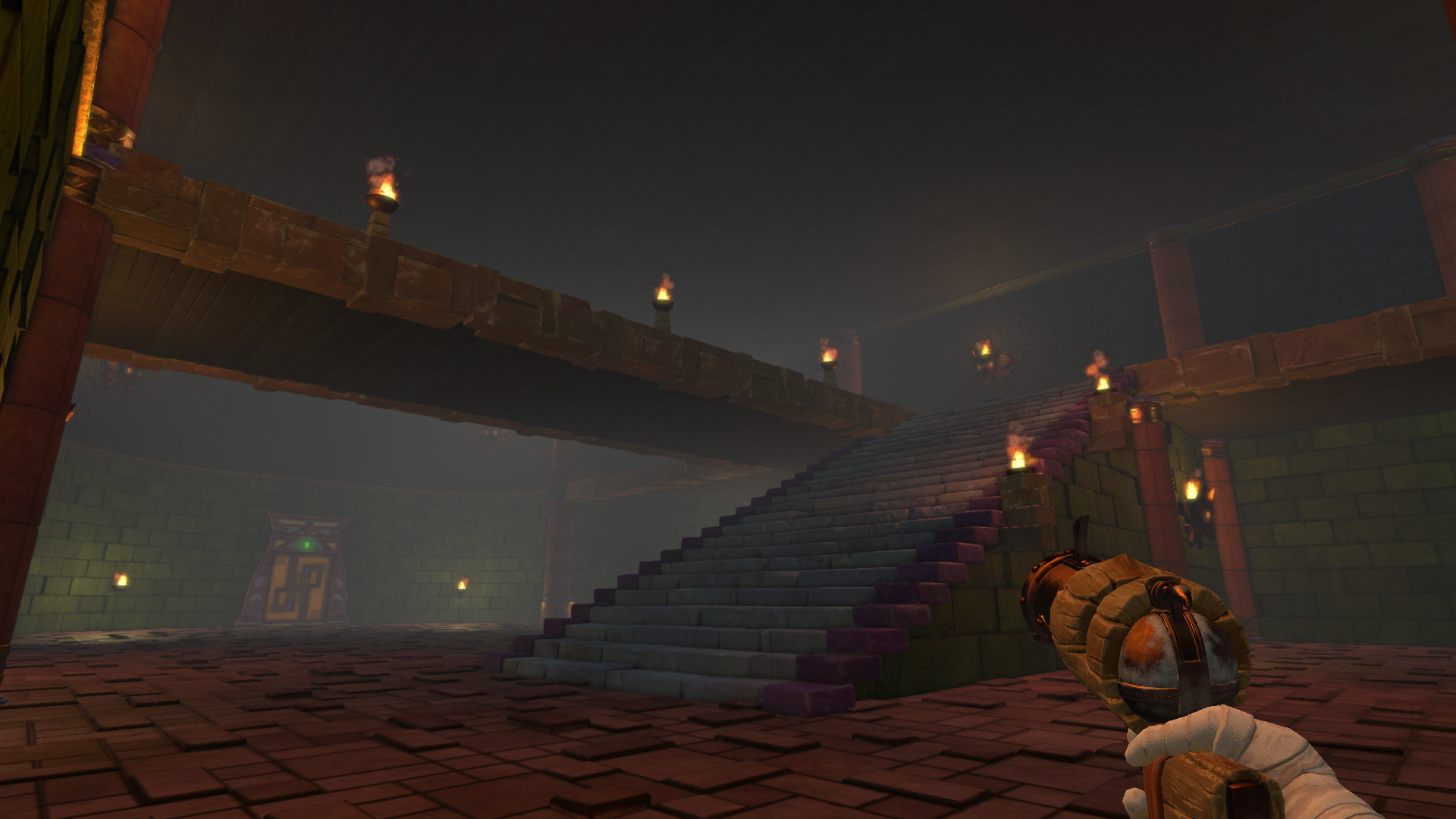 The good thing about both layouts is that they work as well when you throw enemies into the equation. Shooting ranged creatures and dodging flying ones that pursue you up and down is great, no matter if the room is 20 or 40 meter tall. 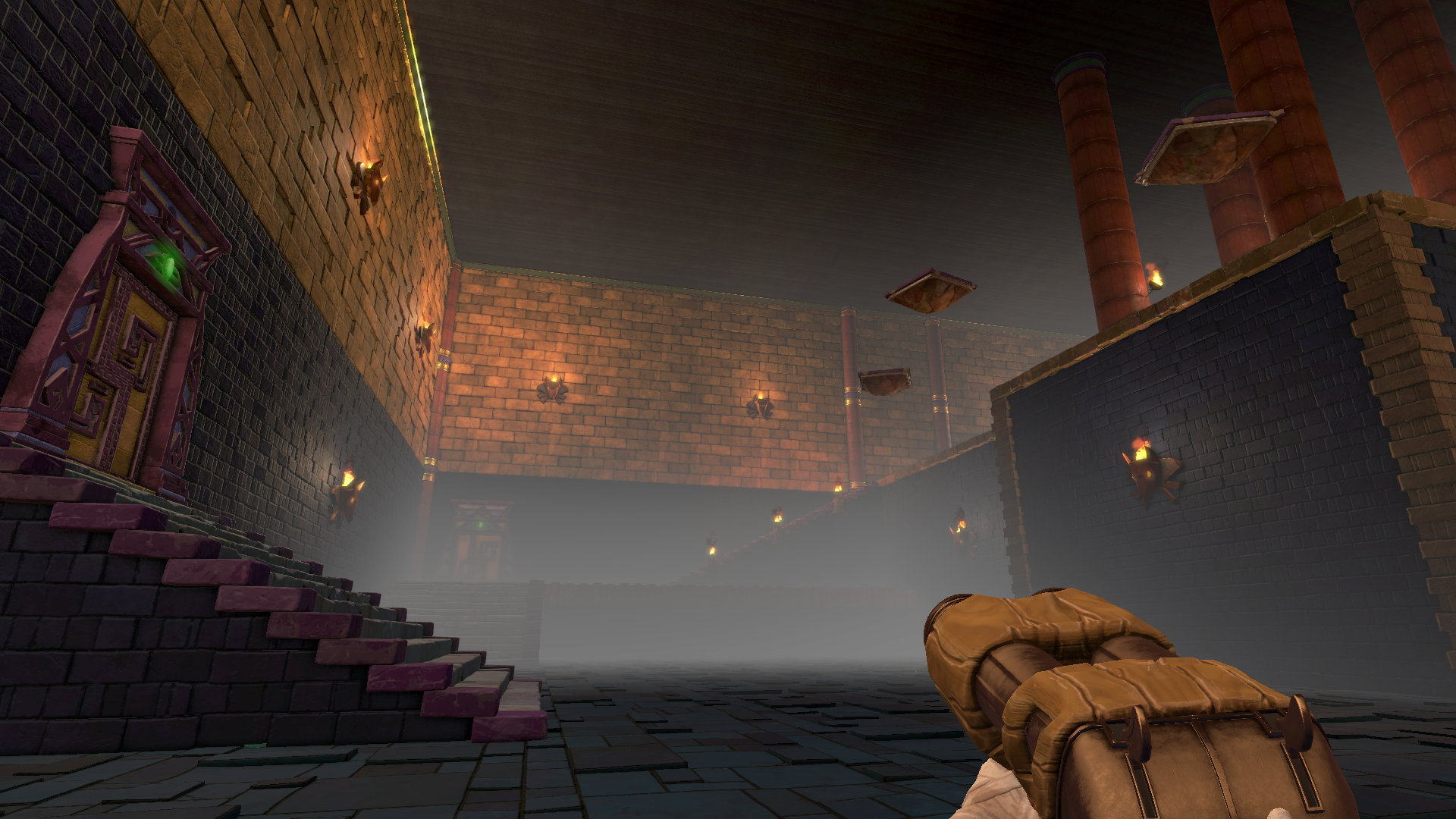 Obviously, this bring up some question. How would the enemies follow the player into a different height? How do flying creatures move around those heights? As you can imagine if you have developed a 3D games, the creatures have a navigation mesh that tells them how they must move around.

Since our enemies wander when they don’t see you, they can go up and down as they wish, no matter if they are terrestrial or aerial. But the moment they see you, all the creatures will go after you: if it’s terrestrial, the navmesh help them know which is the shorter path, through stairs or jumping down from a higher place; if they fly, they will charge towards you, no matter if you are in another floor or they are.

In the end, having two or more heights in Immortal Redneck help make it more complex, in a lot of ways. It’s hard to believe at first, but you need a lot more awareness when you can be attacked from above, when you can run away from a difficult situation by going up some stairs and make the enemies follow you into a more favorable position for you.

If we add the abilities and more specialized enemies, this gets better and better. How about an enemy that shoots grenades from above and makes moving into the ground floor really hard? That’s something we have kind of planned and that we have to test, but that’s where we are going from here.

It’s not just that the rooms look great and the game seems bigger: having this structure makes playing Immortal Redneck a lot better.

And now, a new short video with some gameplay. We have enough stuff into the game to record how we play and show it to you. Remember that this is pre-alpha gameplay and we could change tons of stuff prior to launch.

Remember that the game is still in a pre-alpha state. This large room, for example, is pretty empty right now. In a close future, it will have lots of stuff in it.