New decoration, tweaks to trade, lots of bug fixes and

I missed the devlog last week as I needed some time off, but development has been ongoing. Ideology work is still underway. Ideology is a huge undertaking as it makes significant changes to core systems and so it's still some ways away. In the mean time, there's still a road map full of items - this road map will be posted in the forum soon to replace the current one. The new one is more detailed and grouped into different areas.

- Changed the upkeep calculation for decorations - each decoration now has an individual upkeep cost instead of upkeep being calculated on the total amount of decorations.
- Parking lot decorations now generate a small amount of money.
- Education and health now always shown as green on industry in view modes (as these buildings do not require health and education buildings nearby).
- Adjusted maximum trades.
- Increased step size in the UI for long trade contracts when there are more warehouses.
- Adjusted monorail colliders.
- Tweaked hydrogen plant and hydrogen power plant inputs and outputs. Should make balancing own production of hydrogen with hydrogen power plants more viable.

- Fixed continous trades cancelling automatically.
- Fixed bug where 10 import/exports could be initiated before time tick has checked the number of goodsports in the city.
- Fixed another bug where overpasses could be demolished with things still built on them.
- Fixed ugly LOD for one of the new sixth density residential buildings.
- Fixed being able to build bridges off of the underside of newly implemented side block.
- Fixed monorails not being possible to build over roundabouts.
- Fixed being able to build monorail and vactrain tracks even when there is a collision (one frame bug).
- Fixed bug where fifth density 4th tier commercial building was not set to be upgradable (to top density).

Decorations have been redone slightly. It used to be that each decoration was counted and upkeep was then calculated based on the total number of decorations. Now each decoration has an upkeep cost, and some have also now been given a negative upkeep value - ie they generate a bit of money (parking lots for starters).
A new parking lot decoration has been added: 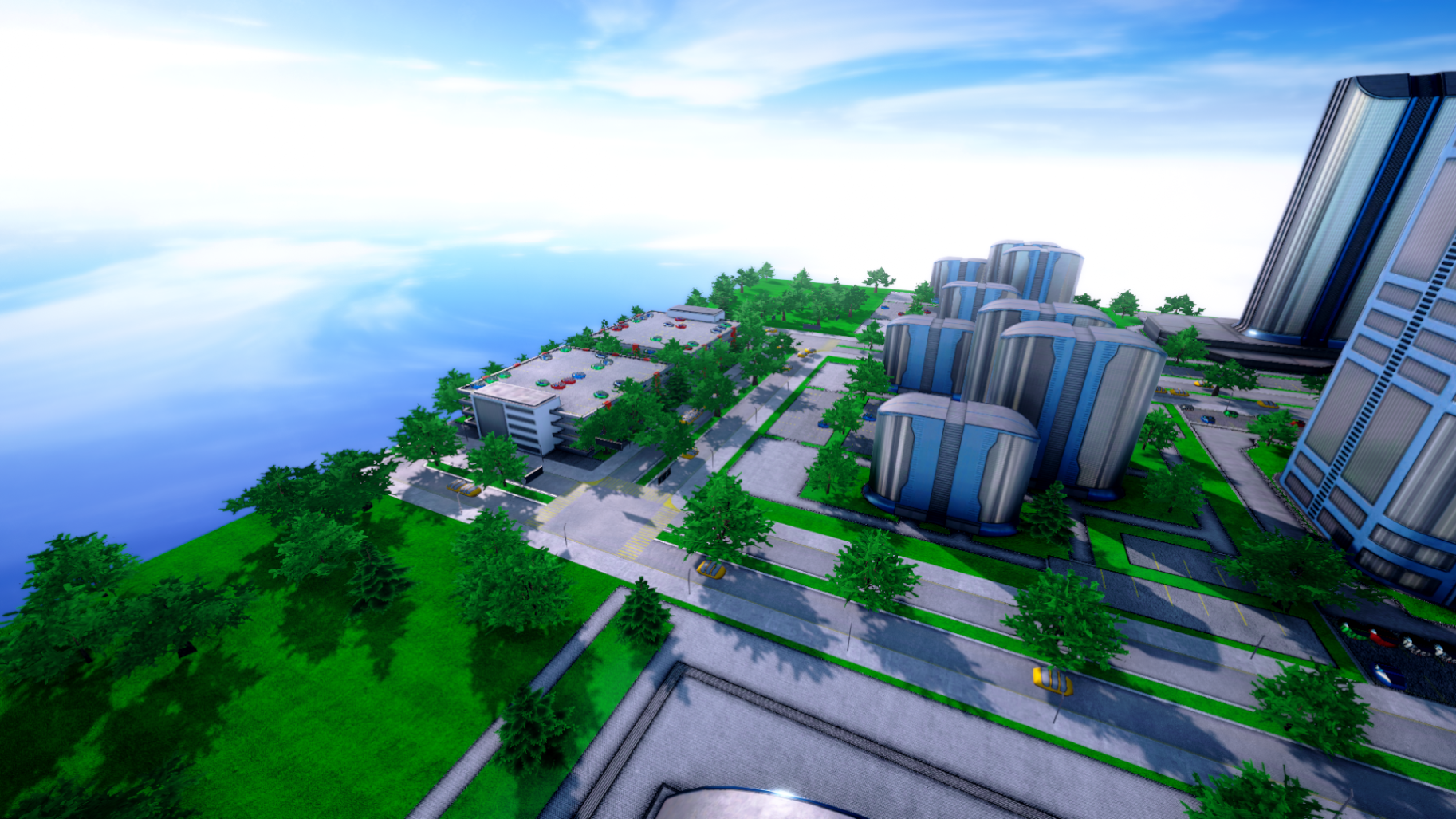 I found that the fourth tier commercial building could not access the top density. This has now been fixed and all buildings should now be able to appear in the city. 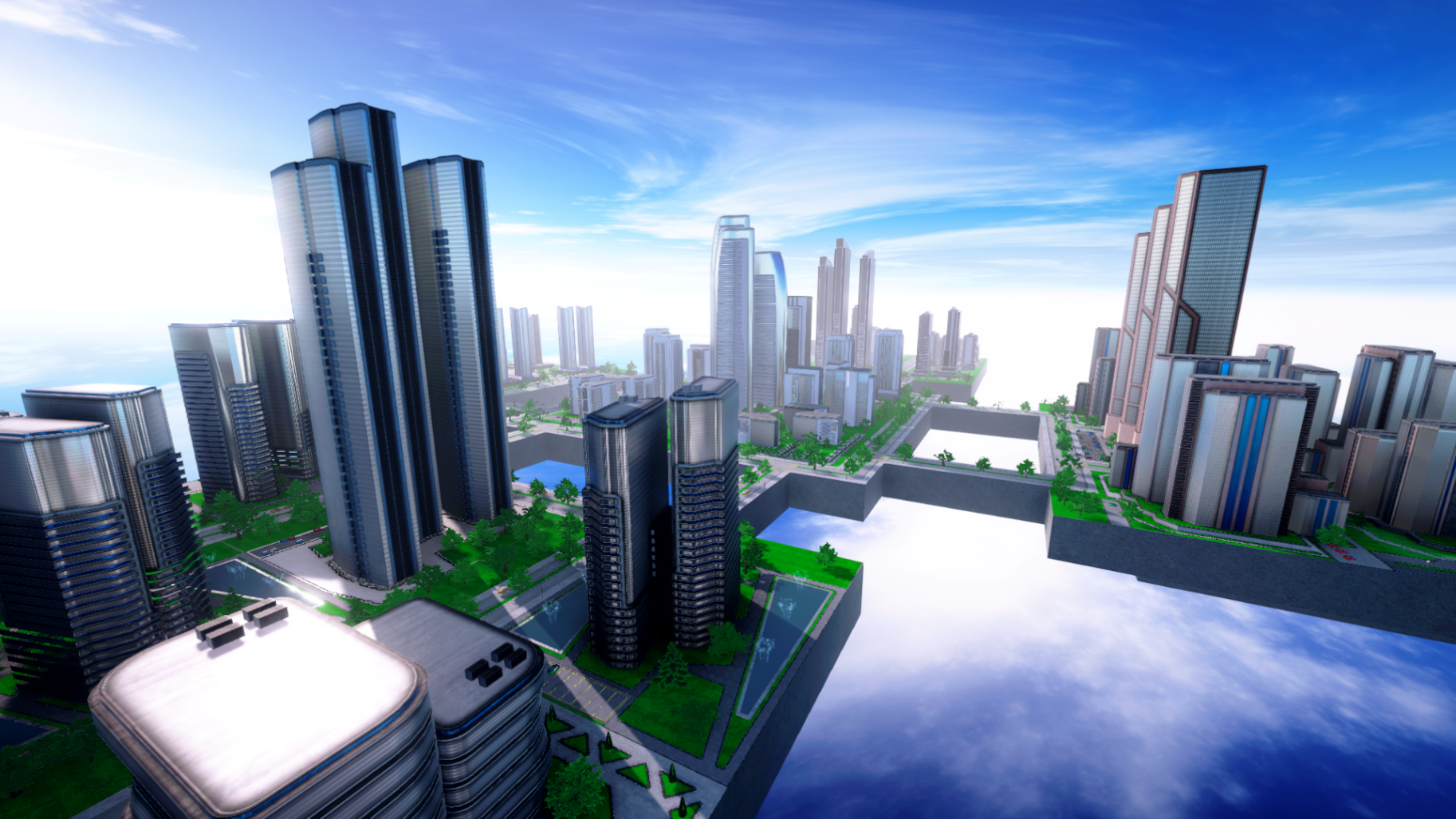 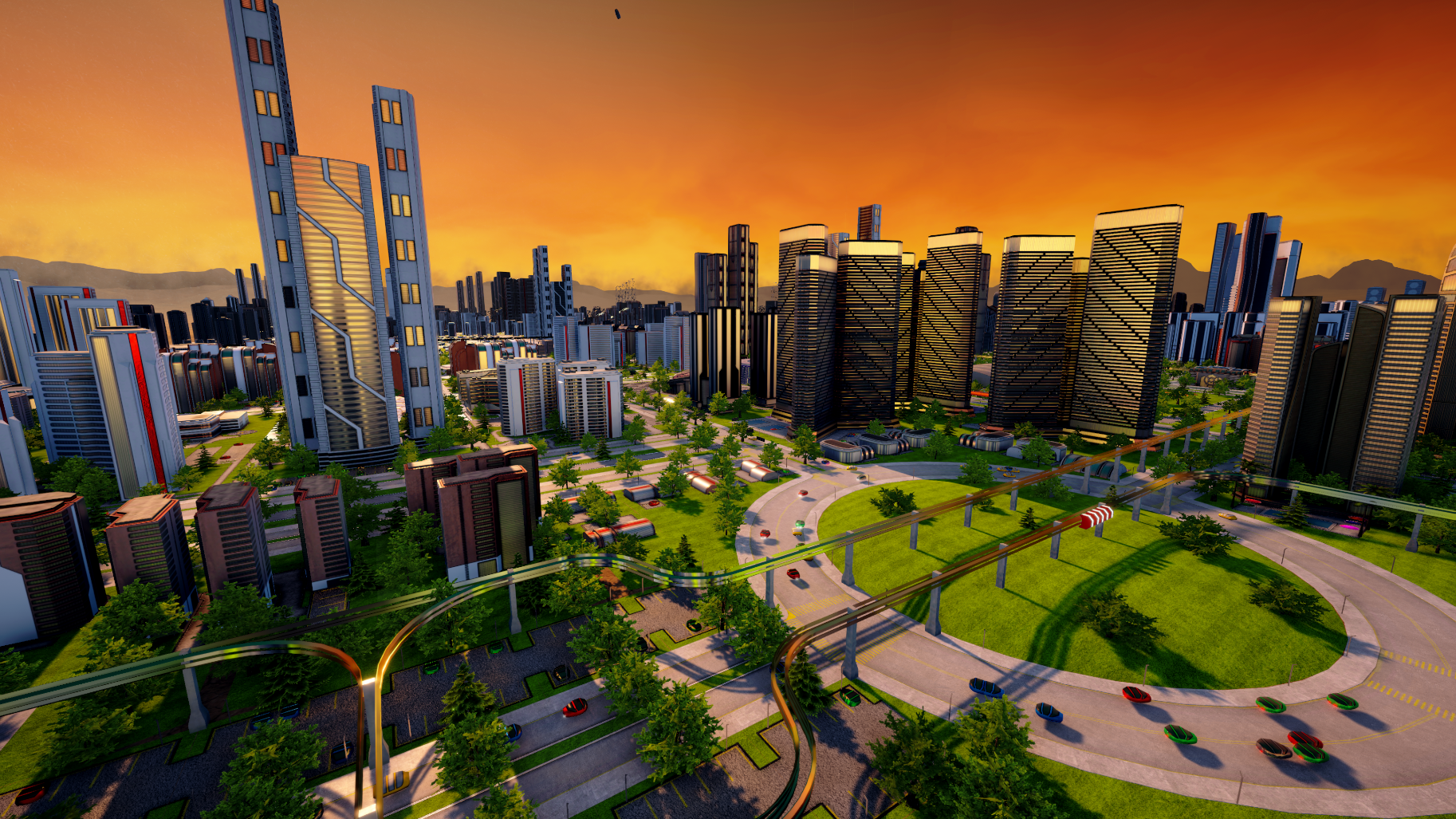 There was a bug in trades, where a continuous trade would instantly time out.
I also increased the increments when making a long term trade of more than 500 units so that it depends on the number of warehouses. Generally speaking, the more warehouses you have, the more you can store, so it makes sense that the increment is larger if the city is large and has many warehouses. 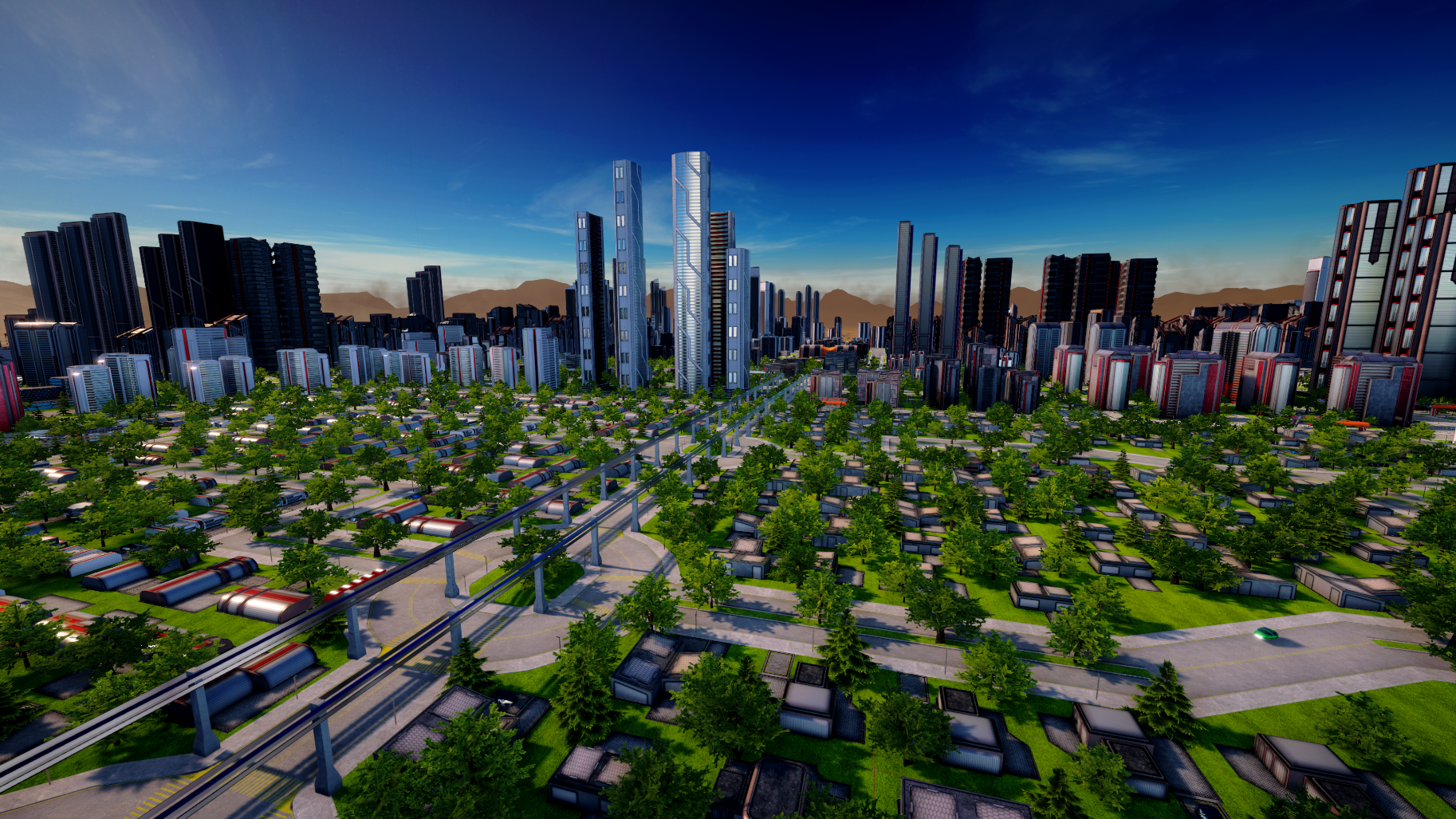 A tram bridge has also been added to allow trams to cross over different islands. 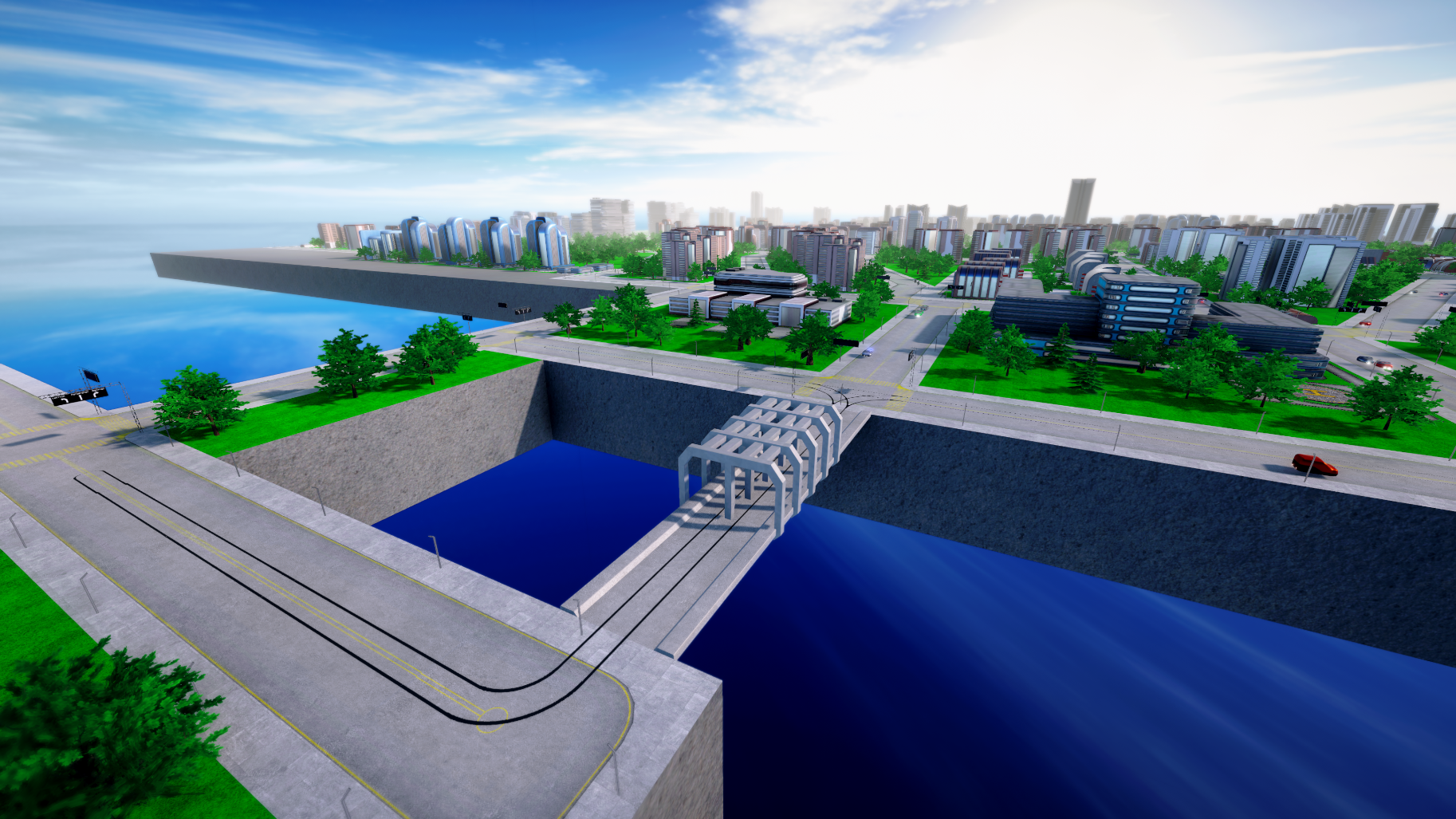