This is a list of 6 mental motivators for human brains, created with the objective of pleasuring and motivating people to take action and to work on life-related jobs. In this case, I apply it specifically in digital gaming.

Open your mind, but be CAREFUL! 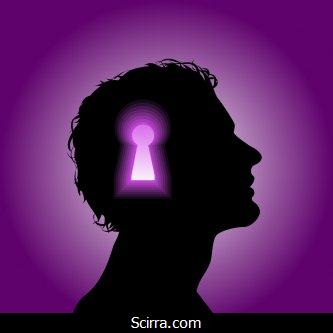 This is a list of 6 mental motivators for human brains, created with the objective of pleasuring and motivating people to take action and to work on life-related jobs. In this case, I apply it specifically in digital gaming.

1) Experience Bar (Progress Measuring) – Experience bars record the progress, something that Jesse Schell really emphasized. The idea of not rewarding the player for his achievements (tests, tasks, objectives) but by always getting 1xp, for any action. This invokes a notion of always evolving. 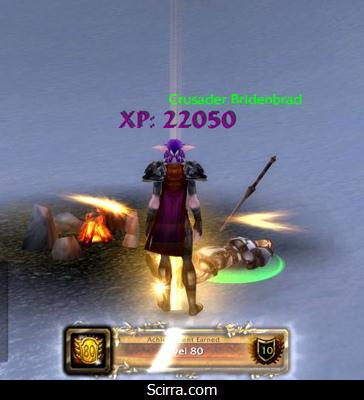 2) Multiple Tasks (Long and short-term) – Getting 10.000 special cards is boring, getting 10 especial cards, is fun. And to get the 10 cards there is several small different tasks. Finding one, fight for other, studying to get another, and by getting them all, the objective of collecting is done. Short objectives together sums up to a long one, and it’s all worth it. The complex quest is split in important pieces, so that people can grasp it with the limited human vision and feel encouraged to win. 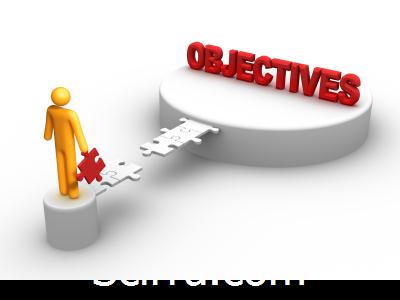 3) Effort Reward* (All efforts are rewarded) – Every time something is done, it is won credit, experience, money, pieces, blood, souls, mana, power... not just for completing, but also for trying. You don’t punish faults, but reward every little effort with small rewards, but instant ones. 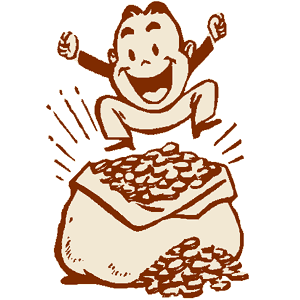 4) Feedback to the player (Clear, quick, clean) – This is absolutely necessary. The best example is to note that people don’t relate acts to consequences and the human brain needs this to worry. Pollution, global warming, flooding, public violence are problems caused by us too, but the guilt is shared, the manifestation is small, it stays out of the human worry, the consequences are distant in space and time, it’s hard to learn a lesson from this. By direct and quick feedback they can understand, learn and change very fast. 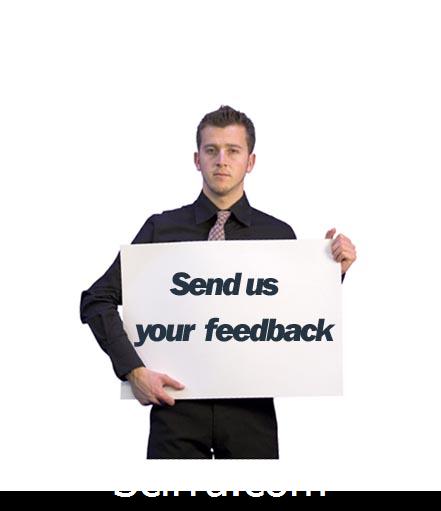 5) The element of uncertainty (Neurologic secret, the magical reward of the brain) An known effort delights people, but an effort with variable possibilities fascinates the brain, makes it sparkle. Dopamine is associated with an “effort-search” behavior, so if the player have to save a tree to get a card, and by saving the tree, he also saves, unexpectedly, a bird that accompanies him in his travels, this fascinates the player in a high manner. 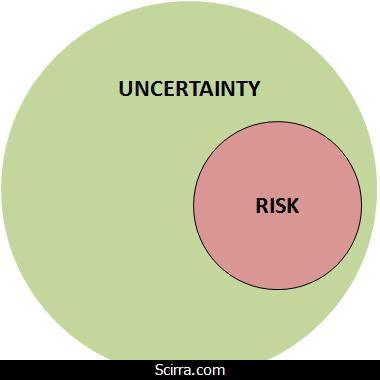 6) Social Network (other people are exciting) - What really excites the player the most are other people, in terms of effort, not money. In the sense of people seeing, commenting, participating, working together. The Social Network organizes and carry on games by itself: it creates items, expansions, patches, websites to improve what was done by the network. In a collaborative effect, they thrill, in a “competition” sense, they also try harder and hotter to keep up trying and growing. Competition balanced with comparison are keywords here. 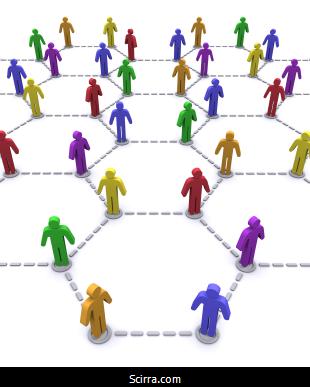 The power you get by using this 6 characterics is huge. It’s really powerful in the good and bad sense. Whether for education, conscience or entertainment, as in for addiction, domination and control of the mental faculties influenced by centuries of evolution of the human brain to a better life, survival and interaction of our race.
The use of these gimmicks can be cruel, or they can be a mind treat. Be careful and respectful when using them. I could even cite some of the bad uses of these, but I’ll refrain to talk about this because of that little thing called ‘ethics’ that I don’t like very much.

Thanks for posting. Quite thought provoking for the stage of development I am in (beta).

A little provoking I have to agree. But I like to do it.

Great read, right up until number 6. In my experience both in real life and gaming, people are a pain in the arse most of the time.

There is one element of 6 I strongly disagree with.
"Competition balanced with comparison are keywords here."
In my experience, bad things tend to come from this. Take any competitive game with a leveling system. How often have we seen high level players bully low level ones, or scream and rage quit when a lower level player beats them? In some games, low level players are kicked from games simply for being low level.

Competition are so strong in the games, Blizzard use and abuse of that with your games, Stacraft II have a great balance with all races, making the game really competitive to team terran, zerg and Proton. Other way to see it is the cooperative and competitive Horde Vs Alliance in WoW and similar MMORPG.

I have more posts, but only in portuguese, I looking someone to traslate to me and I will post more.

Oi Thiago.
It's been a long time since that post of yours, but if you're still looking for someone to translate your portuguese articles then I'd be glad to do it.
IndieDB can always use quality content.

A worthwhile read.. I agree completely until number 6, since other people can be a bit annoying at times, but i guess that depends on the style of gameplay and what the game is about..

I agree with SabreXT though: element 6 is not always true!

Yes. All the points can be be used for destroy the game. Need be careful with it.

You need to be really careful about the psychology of game design though. If you're constantly using reward impulses as a gimmick, you've done nothing more than invent what basically has become the modern slot machines (which are a plague on society). Put in some kind of itemshop and it might as well become gambling. (in the case of EVE.. IT IS GAMBLING)

I'm more the sort of person that goes ahead and just creates a game that naturally flows, it needs to feel more closer to a simulation for me rather than some kind of game, as in the sense that I'm really just exploring and doing what ever I feel like instead of having these clearly defined "DO THIS NOW" stuff thrown in my face, I also dislike games that are purely about the reward when really they should be about the steps in which you go from starting a sequence of gameplay to completing a sequence of gameplay.. Both success and failure should be their own rewards (yes even failure can be a reward- non-linear/emergent games show this the best).

That's how I feel about the mind of the player. Just try to create a game that feels natural, forcing the player into mindsets just encourages power gaming (which gets boring after a while). I'd rather have a game that keeps me interested and doesn't let me win so easily.

Of course you don't can separete the psychology time in the game. And just say "now have a good experience" now still playing. Is not hipnotise or something like that.

The way to do it better is explore the natural of human mind and give feelings to your player. Of course is really hard to do it and really easy abuse of this, I don't wanna say names of bad examples here.

The idea is create a natural experience with hided strong feelings in story, scenary, mecanic, characters and go on.

Very interesting points. It inspired me to write a blog post about the wrong use of these techniques, check it out if you want. I believe just using these steps isn't bad in itself - it's rather to what extent they're used. I don't know if I am glad there are many games who don't employ them, or if I'm afraid that these games are becoming increasingly popular.

6) This is why game developers should add modding support.

Great one. Mods are really interesting for the creator of the game. Dota is a very good example of case of sucess.

Brilliant idea.
I shall put it to good use :P haha

Hmm, while I agree that these things do exist in human behavior, is it really something that you want to promote?
I mean clearly it's being used (and abused) in the gaming industry at large, but where does it stop and is it beneficial overall (apart from just making money that is) or is it actually hurtful.

I had a long answer coming but comments are restricted in lenght.

At point 5, you bring Dopamine into the mix, which, in the end, is what your article is all about.
I have the feeling that everything you listed above has one only goal: flood the player's brain with Dopamine, at every corner. This totally works but unlike real life, where Dopamine production is regulated (by, err, reality?!), this just makes it keep flowing and flowing, which makes the player used to it, and therefore, to get the same "feel good on reward" process, needs more and more every time.
When you see what is linked to Dopamine in our brain, it's kind of scary and an abuse of it not only risk making the "little things" in real life meaningless, but also create disorder in other cognitive functions, especially memory formation (learning, etc), attention, concentration and more.
When you realize that entire generations of kids are playing these games quite a bit in our western societies, not to be catastrophic here, but we could have an entire generation coming to adulthood completely hooked , for years, on levels of Dopamine never seen before, and then, good luck facing the little troubles and pleasure of real life...

Once again, I agree with the article, it's obvious but it's true overall , heck it's just science, and has been applied by the gaming industry (and others, but not as much) at large for some time now. However my question is:
- Do we really want to be drug dealers to 8 years old, selling for a dose for 60$?

Durnit, forgot to past the last bit when editing for length. I'll add it here, sorry.

[..]And that's the point the author tried to make at the end, though in a, to my opinion, too discrete way.
While Dopamine is still being studied, especially on long term over-dosage, the trend of mainstream games we've seen for the past...decade or so, is worrying.

And the biggest problem comes in this:
If mainstream games use and abuse of this, players will no longer be prepared for experiences that don't feed their addiction. Therefore, for game development (and especially indies), if you don't follow that trend, you risk being forced into a niche, no matter what the base concept is, because mainstream players will no longer "connect" with whatever you can offer, since you cannot feed them enough, and only players not on overdose will come to your product.

Great article again, on a touchy subject, but I'm sure in the years to come we'll see more analysis of the consequences of all this.

Thank you for tip #3. I never really thought about that. Whole article was very nice!

pretty good but i was looking for general gaming tips with or without exp. thanks anyway :)