The GDC attracts over 23,000 attendees, and is the primary forum where programmers, artists, producers, game designers, audio professionals, business decision-makers and others involved in the development of interactive games gather to exchange ideas and shape the future of the industry. The GDC is produced by the UBM Tech Game Network.

Hey everyone,
here is the promised video made during GDC.
This is a very early multiplayer gameplay of CARTONEROS® Game, currently in prototype stage. Version 0.00.2.

We're aiming for a late june v.0.01.0 Alpha release with all core game mechanics in place, after which players will have profound impact on the features that will make it into Beta, through forums and Kickstarter.

The gameplay will change radically from what you are able to see now in the video. Currently you can only move characters, switch between 6 characters dynamically, attack and collect resources step-by-step. This results in an action game like gameplay. Later on, you will be able to give commands to characters and they will carry them out automatically, giving you the ability to oversee the map and control multiple characters at once, like in a real-time tactics game.

The game will be a hybrid between a video game and a board game. More information on our web: Cartoneros.co

Crytek looks to be targeting the indie scene with a subscription based service mirroring epics announcement at GDC earlier this week.

The new CRYENGINE update expected in May,
Will include the recently announced features such as Physically Based Shading, Geometry Cache and Image Based Lighting.


Whats this mean for developers, Is you can get a competing development platform for half the price of Epics offering, along with a no royalty based subscription service, with maintained updates. It might be hard to hold back the tears of joy! But wait there's more!

The "Engine-as-a-Service" (EaaS) program seems to allow more open access for those projects not looking at making a profit, making the engine extremely attractive to indies and start ups, that have no expected profits or forecasts and generally don't need further publishing expenses. 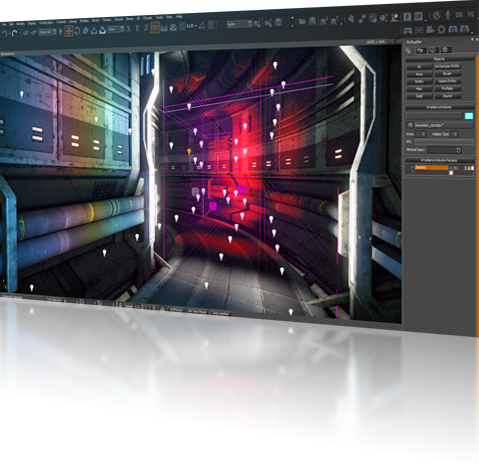 The other news to note is Crytek partnering with AMD on its Amazing mantle API, this means more direct access to the video hardware in your PC giving Crytek a possibly substantial edge come future tech and graphics performance.

We will keep you posted come the May release with a overview of the engine, the license details and a catalog of supporting development tutorials.

Till then here's some eye candy of the new rendering features in action. 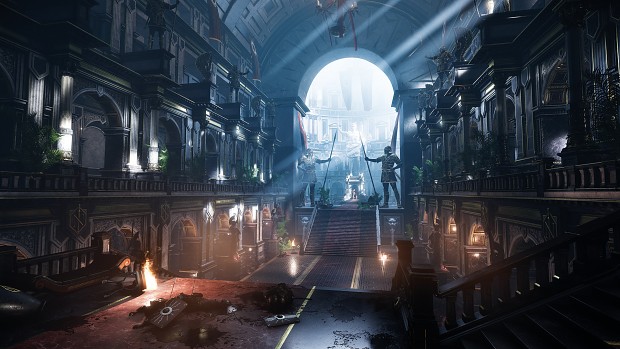 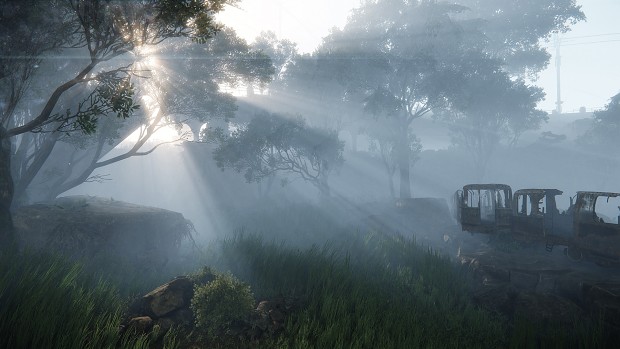 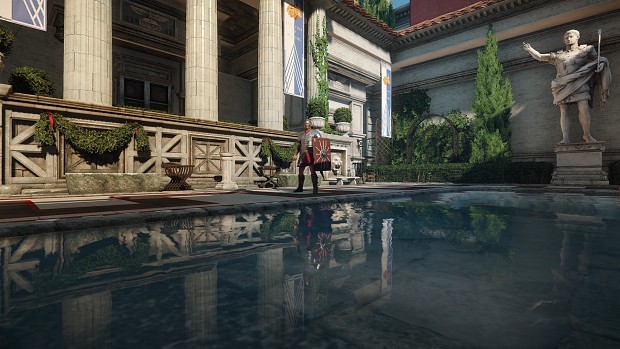 See our Current CRYENGINE Games Listing or If you are working on a CRYENGINE powered Indie title Add your game to our listings.

What engine will you choose? 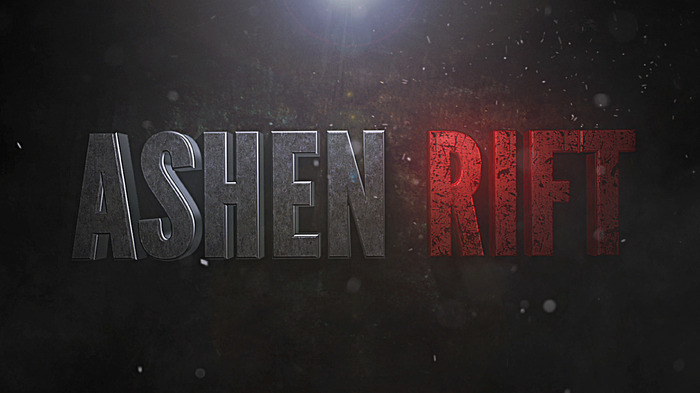 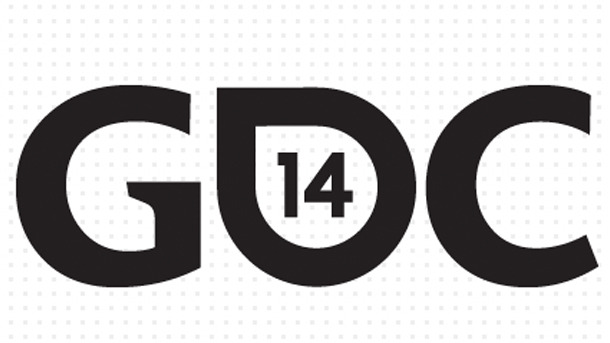 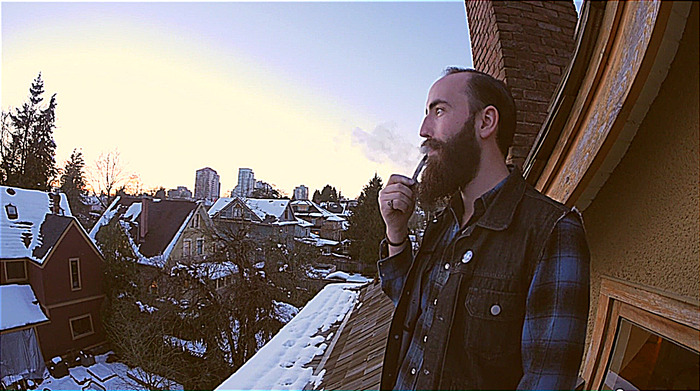 Look for this guy at the GDC!I shouldn't be too hard to spot, with my big beard and Jacket! Look for me, do as the jacket commands, Ask me about Ashen Rift! 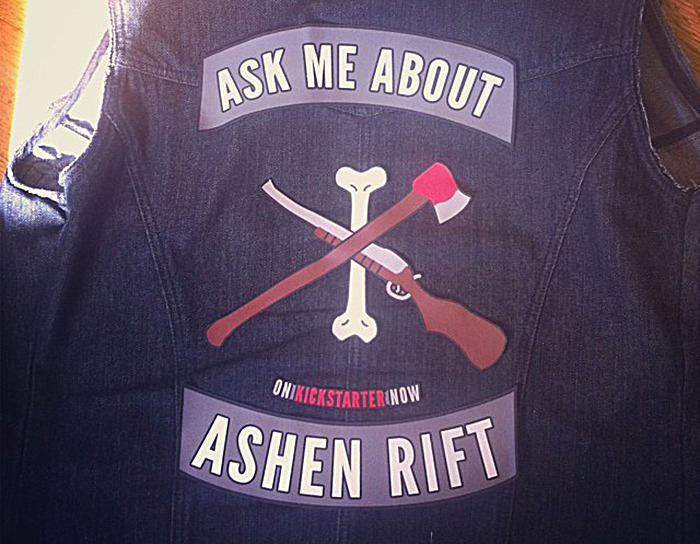 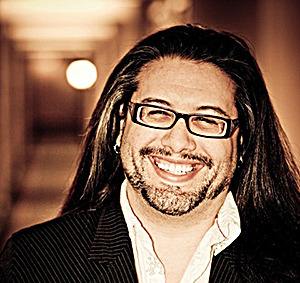 John Romero :
Yup, That's right, The one and only John Romero (Quake, HeXen, Doom, just to name a few of my favorites) who is one of my all time heroes, his games are moody, atmospheric and bring me more joy than any other games.
He recently tweeted about Ashen Rift! What an honor that was."Check out @AshenRift on Kickstarter T.co by @BarryMCollins, A new take on classic shooters, Please share!"— John Romero (@romero) March 11, 2014 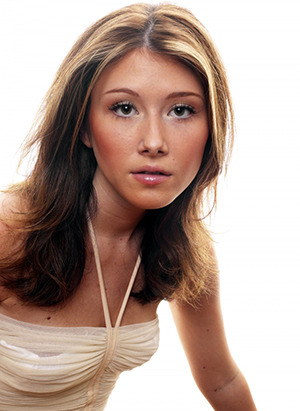 Jewel Staite:
Yup, Jewel tweeted about Ashen Rift! some of you may know her as Kaylee from Firefly!"I like games. As in I start playing and can't stop and lose all my friends. Pls support my pal's kickass new game!T.co"— Jewel Staite (@JewelStaite) March 10, 2014 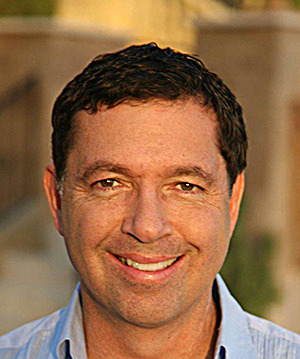 Brian Fargo:
Wow, Again, blown away by the shout outs from amazing game industry folk like 30 year industry vet BRIAN FARGO.
"I just backed Ashen Rift: A man and his dog. on @Kickstarter I like his vision for this.T.co"— Brian Fargo (@BrianFargo) March 12, 2014

Thank you ALL for the kind words, I've had many many more amazing tweets which blow me away and have brought in many pledges and much support! Rock Paper Shotgun also recently covered Ashen Rift, which was great, It's the first bit of Major Mainstream coverage Ashen Rift has received!

Still hoping for some Kotaku exposure! could really help blow the lid off of this kickstarter campaign.Kickstarter Highlight:I've had some wonderful Highlights in other project updates, like the Darkest Dungeonfellas (which currently is in its final 3 hours!) Their shout out to Ashen Rift really helped! so I would love to pass the torch! Help out another great game (which actually did a shout out to Ashen Rift also!) namely DUELYST!The description reads:DUELYST is a tactical turn-based strategy game with a heavy focus on ranked competitive play, brought to you by veteran developers and creators from Diablo III, Rogue Legacy and the Ratchet & Clank series.But what I get out of it? I see a really cool tactical game, great art and some really unique lighting effects which really appeals to my artistic side. Great game by the looks of it, brought to you by competent and experienced developers, Worth a look! do them a favor and back them if you like what you see! 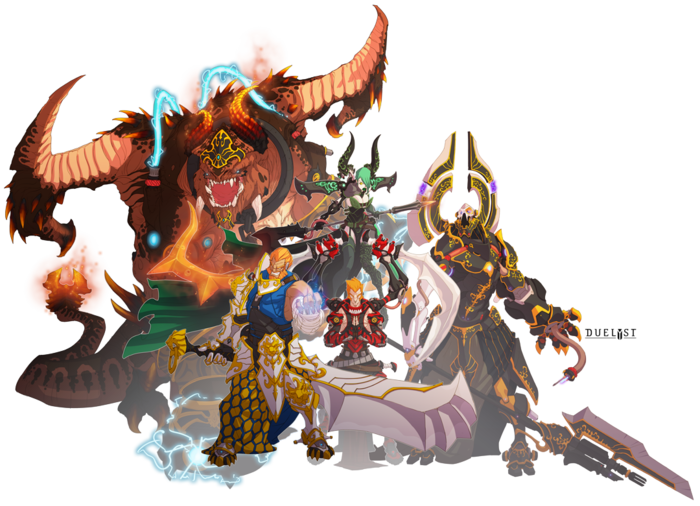 They’re asking for a humble amount of money, so help them surpass that goal!

We’re announcing today that we’ll be showing at EGX Rezzed a the NEC arena, Birmingham from the 28th to 30th March! If you're around, come along and play the Pre-alpha demo, and let us sign your forehead / sign our foreheads!

I’m sure that a lot of you reading this have been massively excited by all the news coming from GDC 2014 in San Francisco! Those of us back in the UK are loving reading about all this cool stuff as it comes out, while busily working on Eden Star!

John (CEO) and Matt (Art Director) are actually at GDC now, hard at work showing our Pre-Alpha demo and talking to other developers, technology experts, journalists, and game tech enthusiasts. Ironically, because they’re so busy at the stand, those of us in the UK are probably more up-to-date with GDC news than they are! Poor Matt and John.

So what’s been happening at GDC?

We were pleased to see Virtual Reality being a strong theme, and were impressed by Oculus’ new Rift devkit, and Sony’s Morpheus HMD! There are many more hopefuls in the VR space, and this will hopefully keep the market competitive, and drive the development of better, cheaper VR hardware, and a greater number of game titles developed for VR! 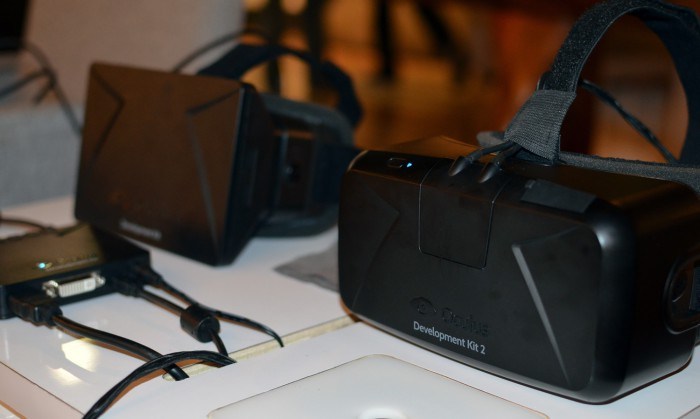 Unreal 4 was released to the public! We have had a great time seeing what it’s capable of over the last few months, and give our sincere thanks to Epic for their amazing support and for developing such an amazing Engine. 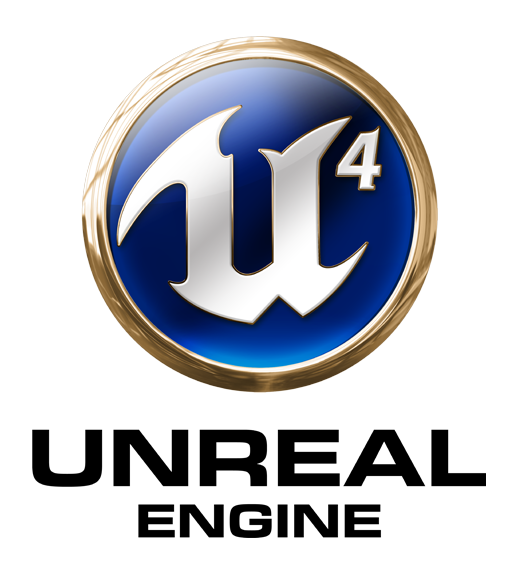 An honourable mention must be made for Unity 5! The improvements in lighting, shading, UI and sound mastering look truly amazing. It’s an exciting time to be in the Games industry!

Microsoft and Xbox One have stepped up again, and are showing their support for Indie teams by releasing 25 more Indie titles via the Xbox One Marketplace.

And Matt and John have also been lucky enough to attend the première of Valves new documentary movie Free to Play, now available on YouTube!

And here’s a shot of the theatre it was presented in. Very nice. 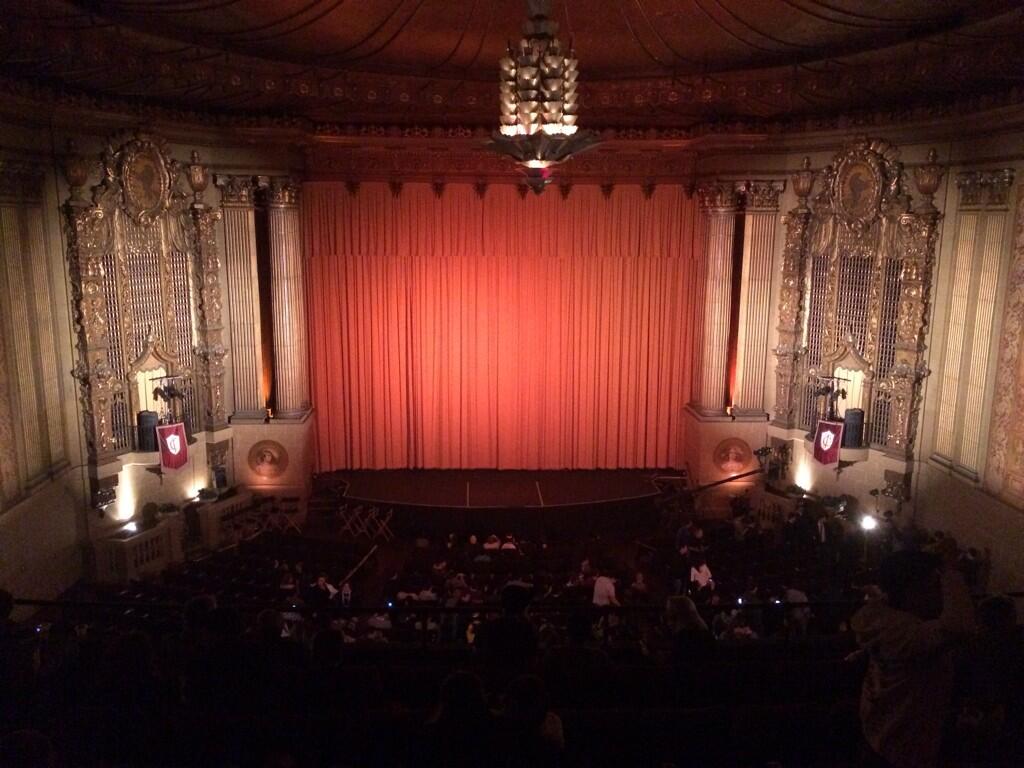 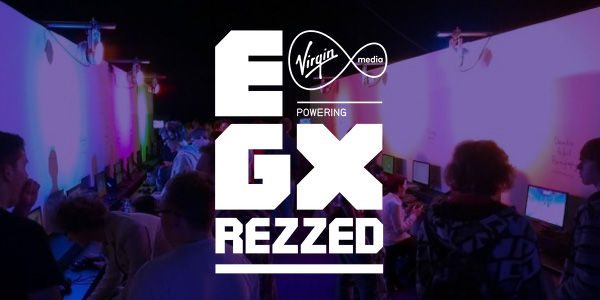 EGX Rezzed is brought to you by the team behind EGX London (formerly Eurogamer Expo). The show floor will be rammed with all manner of playable games and other game related features and attractions. In previous years the event has had a distinctly PC & indie game flavour, however, for 2014 the show has been expanded to include next gen consoles.

We will be at Stand #11 on the show floor, and will be giving attendees a hands-on demonstration of the Eden Star Pre-alpha Tech Demo. We may even have a cheeky surprise in store for everyone who comes to see us at the stand! As this is our home event we felt we should treat the people of our hometown to a little something special.

One more thing! Last week we posted a PFX blog, and we had a few replies asking for a video or gif! Marcin has very kindly obliged!

Stay tuned for further news!
Thanks for reading! If you've got anything you want to say about today's news, or anything else, head over to the forums to talk to the Devs!

As always, if you haven’t already, you can play the Pre-alpha Combat Tech Demo now by pre-ordering Eden Star here!

Only $15 gets you the UE3 Tech Demo and full access to the UE4 based Alpha and beyond!

We are proud to announce that Umbra features in Crytek's GDC 2014 FreeSDK showreel !
Chek out the video !

On a technical side, our AI middleware partner Kythera used our game in a technical presentation of their solution.