Welcome to the 3rd annual Indie of the Year awards, a celebration of the best independent games released in 2012 as well as the up and coming whom we hope edge towards release in 2013. For the next 30 days, it's time to recognize the dedication and creativty of so many developers who have given everything to their craft (which, in many cases amounts to years of development).

Welcome to the Editors Choice award for Indie of the Year 2012.

Welcome to the Editors Choice award for Indie of the Year 2012. Here the editors of IndieDB have their say on the most prolific apps both released and unreleased to grace our presence over the past year. 2012 very special however, since the winner for Editors Choice Best Overall will be receiving a one of a kind Connie trophy as a physical reminder of just how amazing their indie game actually is.

Our poopie cameras really do not do it justice!

Without further ado, here are your winners for Indie of the Year Editors Choice 2012.

Interaction is a complex and strange beast, it could be as simple as removing traditional controls or as complex as breading a new strain of camera controls. Interaction is not limited to just what lay between the computer and the chair. The winner of this award needs to reinvigorate our perception on how video games should be played, and Faster than Light does all of that and more.

Faster than Light is a very deep game. How deep I hear you ask? How about that you control all the aspects of your ship? Combat requires quick reflexes and clever use of ship assets to overcome some daunting opposition. As fire comes in, crucial components will be damaged or destroyed and your pool of power needs to be diverted, you are also tasked with the movements of each staff member. Faster than Light is a deep game.

To say that a game is creative in it's design is a little like saying it is hip to be different (sometimes). The indie game needs to stand out from the pack in both the direction of the gameplay and the overall look and feel of the project. And Pixelry is one of those games.

Creativity comes in many forms, in Pixelry the core concepts exist to make the player grow with the game. You build up your little pixel man, you fight for honor and gold, craft better items, improve your own reflexes, and take down those who seem to tower above you. Being pixels in a pixel world gameplay is extremely precise (down to the pixel) so your mistakes are your own. While development of this game has ceased it still needs to be recognized.

Without communities Indie games would be nothing more then a static object on the web, communities are responsible for keeping mods relevant, motivating the developers and expanding on the game in their own way. To win the Community Award the mod needs to support the fanbase around the game giving the masses a chance to participate within the overall design of the title. Project Zomboid is the most deserving this year.

The mere act of listening to your community and growing into something players want is why Project Zomboid gets the 2012 community award. Project Zomboid would not be as sound without its community, they have hired community members, incorporated modifications like camping and farming and still listen to their feedback for new patches. A well deserved award.

Just about anyone can create a world in a game, you could simply say this boxed room is a world and be done with it. That will not cut it for Editors Choice. To even be considered for the Worldly Award you must first create a world, then fill it with lore, places to explore and no shortage of a looming threat helps as well. Miasmata is a fine example of this.

A relatively late entry in 2012, the world of Miasmata is exceptional. Abandoned on a island you need to find the cure for a strange illness you have contracted. Seek out components of local flora and synthesize what will ultimately save your life. Expect to get lost on your journey and only use of traditional orienteering will help you find your way.

Art direction and style is very elusive, sometimes it is used to make up for the lack of skills, other times correct use can create feelings or drive player intentions. To even be nominated for the Visuality award indie games need to have either represent a style or present a new one that is unique. Hotline Miami proves that it is all possible.

Set in the underbelly of a 1980's Miami, Hotline Miami's art style mixes the disco eighties and what could only be described as a murderous gore bath. Imagine white suits and bloody wooden baseball bats and you basically have the idea. The visual elements do not stop there as the UI and character portraits make you feel as though you have taken the wrong little round pill for that headache you said you had. Hotline Miami is a perfect prescription for a severe case of the oversaturated.

Music can be used for so many different applications, within movies it is used to influence how the audience is supposed to feel during a scene, in a game it could define a game's genre. The use of music can not be overlooked with games, some make better use of it then others. To win this award the game needs to have music be intertwined into the game and have a kickass OST too boot. Zombies. is that game!

In a game about zombies that is not really about zombies who would have expected the soundtrack to blow everyone away? The pure unconventional use of music stands out in a sea of orchestrated soundtracks with choir backings, ho-hum indeed. We here at the IndieDB offices welcome our not so zombie overlords if this continues into the future.

New unreleased indie games appear all the time, it takes something really special to announce and make an impression. You need to have something considerable to show, have an intriguing presence/idea and capture the attention of a large audience not just on IndieDB. Stardew Valley did just that.

The head editor for IndieDB was bit a very long time ago and it grew into an obsession that until now has yet to be truly satiated. Welcome to Stardew Valley, isometric farming/community simulation done the right way for PC. Needless to say if you also have the hunger for something that meets the standard you have always wanted look no further. Dinner has been served.

Alpha Funding has seen many a success since it's creation. The idea is simple games pay for early access to alpha versions of their most anticipated games and the developers get early funding to help push development along. In this category we celebrate the best of Alpha Funding 2012. Our pick for 2012 is Towns.

To even qualify for Best Multiplayer for Editors Choice you need two things. First you need to be released and a new IP within 2012 and secondly you need to be super fun with other people. Natural Selection 2 gets two ticks!.

2012 has seen so many awesome singleplayer indie games, it was very hard to pick just one winner, just take a look at our top 100 to get a vague idea of the quality we were dealing with when we made this selection. However in the end there NEEDS to be a winner, and that winner is Mark of the Ninja.

Stealth games are normally quite tedious, spending a considerable amount of time sneaking around unsure of when to execute your plans. Mark of the Ninja does things a little differently. Being 2D everything is extremely precise, you can move with ease and silencing your opponents is very satisfying. Not to mention the game looks amazing in motion. If you want to feel like a badass you owe it to yourself to pick this game up. 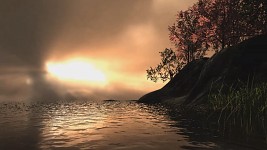 Miasmata
Miasmata is a first-person survival/adventure game, developed from the ground-up by brothers Joe and Bob Johnson. You play as Robert Hughes, a plague-stricken scientist on a journey to discover a cure. Your adventure begins on the shores of a remote island called Eden. Long ago, Eden was inhabited by a group of indigenous people, whose extant monuments still decorate the island landscape.
2 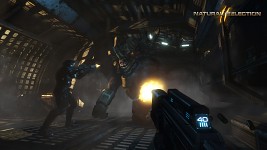 Natural Selection 2
Whether you play as one of the elite marine Frontiersmen or the vicious alien Kharaa, you must use unique strategies and your abilities to win. Marines buy weaponry and form persistent squads to find and destroy alien hives. Aliens can choose a wall-running Skulk, pudgy Gorge, flying Lerk, murderous Fade or gigantic Onos that can devour enemies whole. 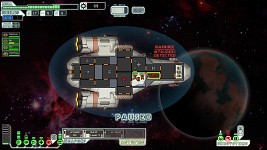 Faster than Light
Faster than Light hits on everything that makes Indie gaming so special. Not only is it a game we would never see big developers risk working on but the controls and gameplay are designed to be stressful. All in all it was a very surprising release that had our staff playing for months after the beta. A fantastic game that deserves its place at the top.

they all totally deserve it.

Congratulations everyone! Happy Holidays and best wishes from all on the ST Excalibur team :)

Brilliant year, so much amazing work! Congrats to the winners, well-deserved.