Welcome, stranger! This page is for the demo of my game Wiggert. 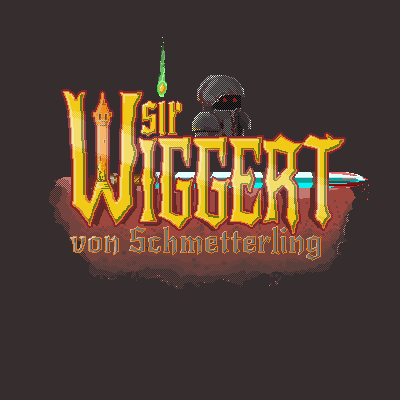 Imagine you wake up with a heavy headache. All your stuff is missing and the worst part, your wife, princess Jessybell is missing too! All you remember is, that there was a pair of glowing red eyes and a heavy club.

You are standing on the edge of pine woods, there is a big castle on the horizon. Wind chills thru yellow grassy fields. Winter is in the air. 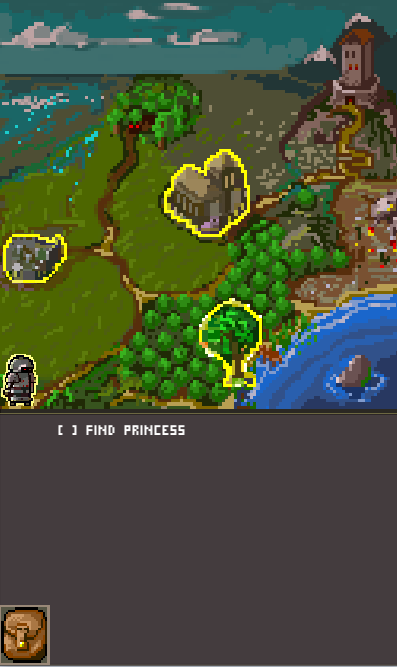 That would you do:

if A) press Alt+F4
if B) You found nothing except rotting leaves and a fresh grave. Hmm, a shovel next to it.
That would you do?

if B.b) Return to initial choice!

if C) Download Demo
if D) You've walked around for 3 hours and get lost in marches and bogs. There are seems no direct way to that castle. Return to the initial choice!

So, that's how begins our adventure of sir Wiggert von Schmetterling, the warrior in heavy armour.

In this demo chapter, you will solve a little problem of the little and vulnerable girl.

Desecrating graves are the price you will pay.

So, there begins our adventure of sir Wiggert von Schmetterling, the warrior in heavy armour.

In this demo chapter, you will solve a little problem of the little and vulnerable girl. 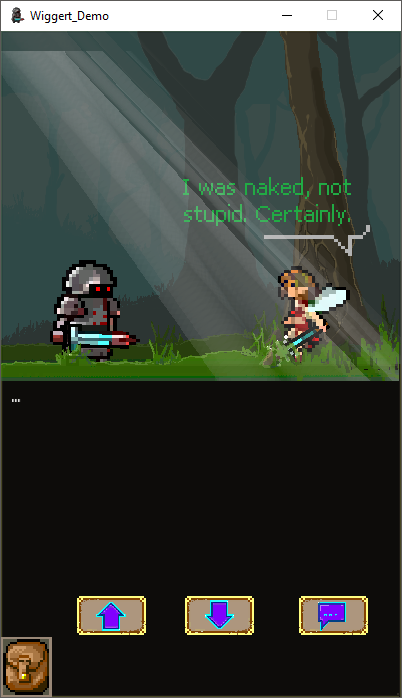 Speak and travel around the map. Some people can barter, some can give you a job, others will attack you.

During a demo, there is no definite prices system, yet, so coins mean nothing!

To test the battle system there a whole map with wolves. Attack them at your will! They differ only in difficulty.

The task is easy - attack and don't let the foe attack you.

The battle goes in turns, during yours you can deal damage, during enemy's - riposte or defend.

There are four types of attacks: High, Medium, Low and Spell. During your turn, you can restore up to 3AP. Defend costs 1AP, and protects from any kind of attack. If you quick enough you can repel an attack by a riposte from the same direction - turns will change. Beware, an enemy can do the same! To make a fient - target enemy in one direction and then it start to defend that point - quickly change target.

So, you are welcome once again, benevolent strider, to participate in the journey to the depths and wastes(not yet, lol) of Pine Woods Kingdom.

New graphics: Sides returned back- player at the left, foe at the right. Experimenting with side was fun, but useless. Next step - sprite animations during actions and animated backs and foregrounds.

New mechanics: Battle charms.
While building a battle system, I stuck upon a choice between various versions and mechanics. Some have already overused dice base some hard to play and boring. So, I decide to use a little tricky system, then every unit has basic hits and can level them up only by items. 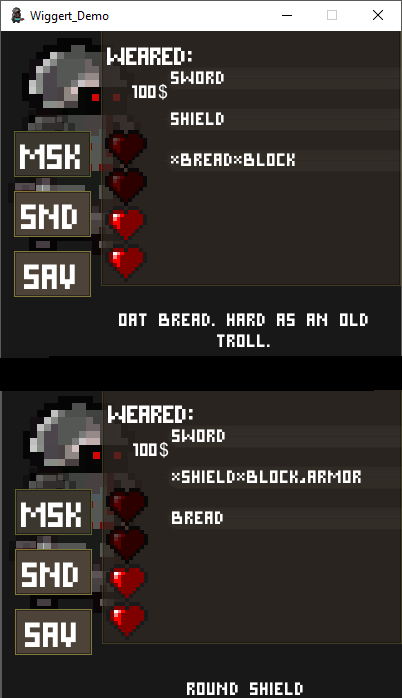 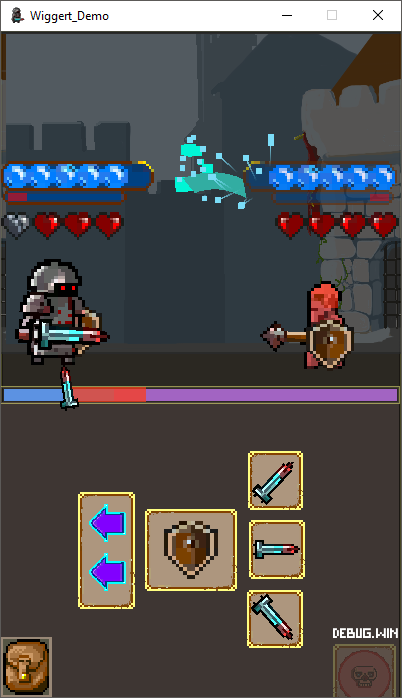 Some items can combine this chars, creating various combos.
Although, there will be enemy weaknesses and resists for some kind of items; spell combinations or item cross combinations to make new weapon or armor.
So, a "dull" sword can be resharpened and "poisoned" dagger becomes "rusty".

Here is a battle gamplay overview:

Gameplay demo. There are a simple quest and battle testing location.