When Earth Falls, is a Sci-fi game that is going to have 50+missions and variety of modes as the game reaches 1.0 Some of these modes are: 1) Sandbox mode, 2) Story mode, 3) Race mode etc... Post release we will be adding Co-op mode and so on. This project is being built from ground up, basic story is: You and your team are trapped by an AI (artificial intelligence) and placed in the virtual prison. This virtual prison, buildings are scaled 10x the size of the player including the house hold items making you extreamly small. Enemy drones and other types will be all over these maps, for instasnce: on the fridge, table, under chair, etc... In story mode you and your team must locate green shards whitch are used as a key to leave the prison witch will be guarded by a Warden of course. The idea of the game is to be fun and do fun things, one of the planned features will be to destroy many objects around you as well as be able to throw a lot of things.

So as mentioned i basicly finished with the whole design things at the moment. Now i can finaly focus on the main thing of the game. Yes vertical bug has been fixed along with rest of the things on the following list:

(Note! The V.S.4.1. will be uploaded somewhare tomorrow)

Fixes:
- Vertical issue fixed, now you can look up, down, left, and right

This news are about the new 4.0 release. This will explain no AI aliens and what has been added inside this release along with issues.

Hello, yes there is going to be slight delay in releasing V.S.4

Hello everyone; I am going to release V.S.3 later today as it's 2:14 here right now. And some news about V.S.4

To start i apologize for lack of screenshots, i wish i had more time to spend on development but sometimes i dont. Why you might ask? Well i sever issues...

Work on the modeling side is done for now, so we can focus on the core development again update 4.2 should come around in about 3-5 days depending on...

You can read the patch notes on the news bar or visiting when earth falls facebook. As always please post issues bugs etc..

This version is full of structures (houses etc) no npc's added fog and lots of trees. Extended road work on terrain and that is all.

Also known as VS 2 as i have mentioned in news this is vary old version of the game and it was made mainly for performance testing and general terrain...

Looking at the latest video it looks like GM/Garry's Mod

Thank you for your opinion

OK no textures can't walk much and it is very glitch I see the colors blue and black and that's it or is that just because you haven't finished these things yet but idk am I exposed to view with the 3d editor or something?

Can you please tell me what version of the V.S. are your using? When i know what version you are talking about i can test it on a seperate pc. And can you give me a little bit more information about the problem? I promise i will take care of it and reply to you as soon as possible.
you can send me an email: freedom-studio@outlook.com

Thank you for your comment. I know i listen to Wayne Dyer :) 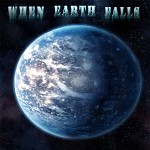 Tags
Embed Buttons
Link to When Earth Falls by selecting a button and using the embed code provided more...