Story is set in a province called Yerland.

Yerland is a province that is oftenly attacked by Dragon Knights. There is only one man to protect Yerland. He is Warlord XVI named Drake Varkan. With his soldiers, he protected Yerland for years. But then Dragon Lord Drakanass had enough. He started studying old, forbidden magic. He was almost killed in the process, but he uncovered the magic of mind controling. So he
attacked. This was the first time he was personally fighting with his
forces. When Warlord saw him, he wanted to end the attacks once and for
all and attacked Drakanass in rage. Drakanass used his mind control spell on Warlord. And that was
it. Soldiers were nothing without Warlord. They lost. Then Draknass ordered Warlord to go to his castle and kill everyone in it. Warlord did what he was ordered. But not quite well. While he was killing, one soldier went to Warlord's quarters, took the baby from the crib and ran in the secret escape tunnel. He then gave the baby to a farmer named Jack Enclaster. Then he returned to castle to help other soldiers. No one knows his fate. When the work was finished, Warlord returned to Drakanass's domain. Together they conquered 80% of Yerland. All that remains is now called Erinland. Because there was no Warlord's son, they had to have a leader. So now the leader is king Erin. Then Drakanass didn't need Warlord anymore. Some say, Drakanass killed him, but others say that Warlord
destroyed the magic and went to make his own domain to location
unknown, but the Evil of the magic remains in him. So our story begins
24 years later out of eyes of Ryan Enclaster, which is wondering why he has red eyes, so he adventures to find the secret behing them.

My Return with New Version!

Hello guys, I have returned after 4 months. I got a virus and I lost all my game data. But I recreated it all and now I am back with a new version!

I have ben busy with school for a quite long time now, but I have finally took some time to remake the progress that was lost and make a new part in the game. It's called the Run! part. It's a part where you have to escape the guards that are on your tail, it's pretty basic, but I am very proud on it since it has my very own first 2 scripted scenes in it. This is the only new feature of the new version, thanks to the virus. I am afraid I won't be able to make any new version for like a month now. I will get last grades in school until the end of this month, so I will be VERY busy. But look on the bright side. When I am done with school, BAM summer, when I will be making more things for my game.

Well, now the features of the new version:

- the Run! part
- minor bug fixes and changes on maps 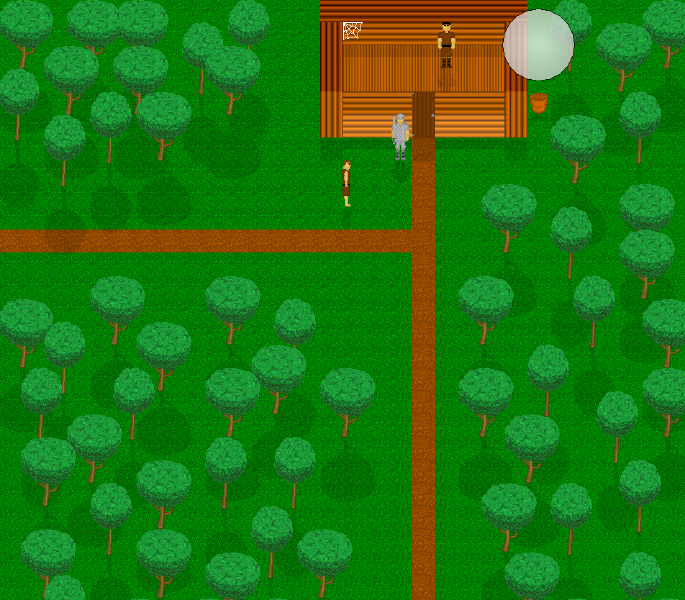 Enjoy and post any bugs you find on the forums!

I have revived John's Adventures into Warlord Era: Yerland Chronicles which I had in mind for a long time.

A problem, the end of John's Adventures

The new test beta is finally released. I forgot the features because I made this a while ago and I said today that I will release it. There have been...

Here is the new recreated version with Run! part and minor bug fixes.

The new version of Test Beta. Discover features yourself. Enjoy!

The test beta that shows you the basics of the game.

I tried the latest beta (Test Beta 3) and I think this will become a good game. The story is gripping, the quests are interesting and there are many features and plenty of interactivity in the game.

Really LOL for the guy who lost his AK47.
This game is interesting.....