Frozen Flame is a Survival RPG set in the vast world of Arсana, an ancient land once governed by the Dragons. Addled by the curse, it now beckons for souls capable of harnessing the powers of the primeval magic. Those who seek to govern over these lands will have to amass power and allies to bring the fight to the Ice Citadel, home of the Faceless that spreads rot over the realm.

Tailored for those who love to explore, Frozen Flame offers so much more than just an open world full of beautiful vistas and ancient ruins riddled with monsters. With a fully-developed progression system, it’s up to you to choose your own path and endure the harsh world full of mystery, threatening enemies, and gigantic creatures guarding the secrets of this world.

Recruit allies, build your keep, gear up with dozens of craftable options and get exploring in search of ancient artifacts left by the ancients. No journey is like any other in this realm: bound by magic, the shape of the world is unique for every playthrough, with islands, floating in the air, changing the layout in an unpredictable way. Spread the wings given to you by the power of Frozen Flame and explore the ever-changing landscape in search of ancient treasure. 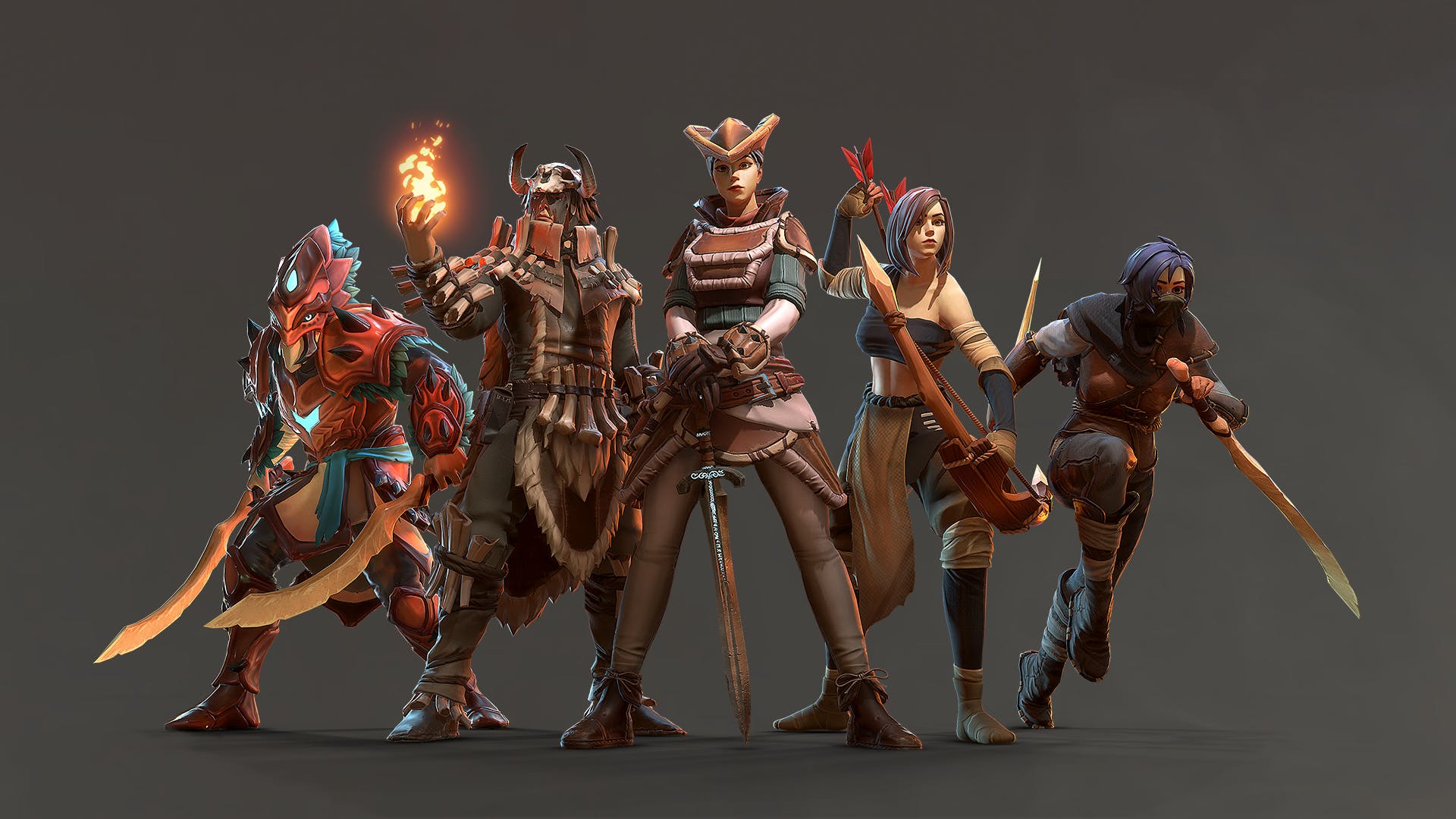 Shape the Destiny of the World

Looming over the horizon, with its massive silhouette dominating the landscape, stands the Ice Citadel. It now captured by the Faceless – a being of immense power, blighting the lands of Arсana. His power grows ever stronger, sending waves of destruction across the lands which will freeze the world in eternal ice if it is not stopped.

Rediscover the Knowledge of the Ancients

Your ancestors were once beings of great power, who shaped these lands with unbending wills of iron and the skills of great masters. Gather their knowledge, absorb their essence to obtain their powers and choose your own path in this fully-developed RPG world.

Build a fortress capable of protecting your party and the possessions you’ve amassed along the way. While keeping the destructive powers of eternal winter at bay, it provides you with much-needed means of production to overcome the harsh conditions of the cursed lands and rest when the breath of ancient Dragons brings the destructive powers of winter to your doorstep.

Host a server with custom rules to bring an additional challenge for your party or create a custom game that works the way you want to play it. The procedural generation of the landscape provides the ability to create an experience unique in every way possible. 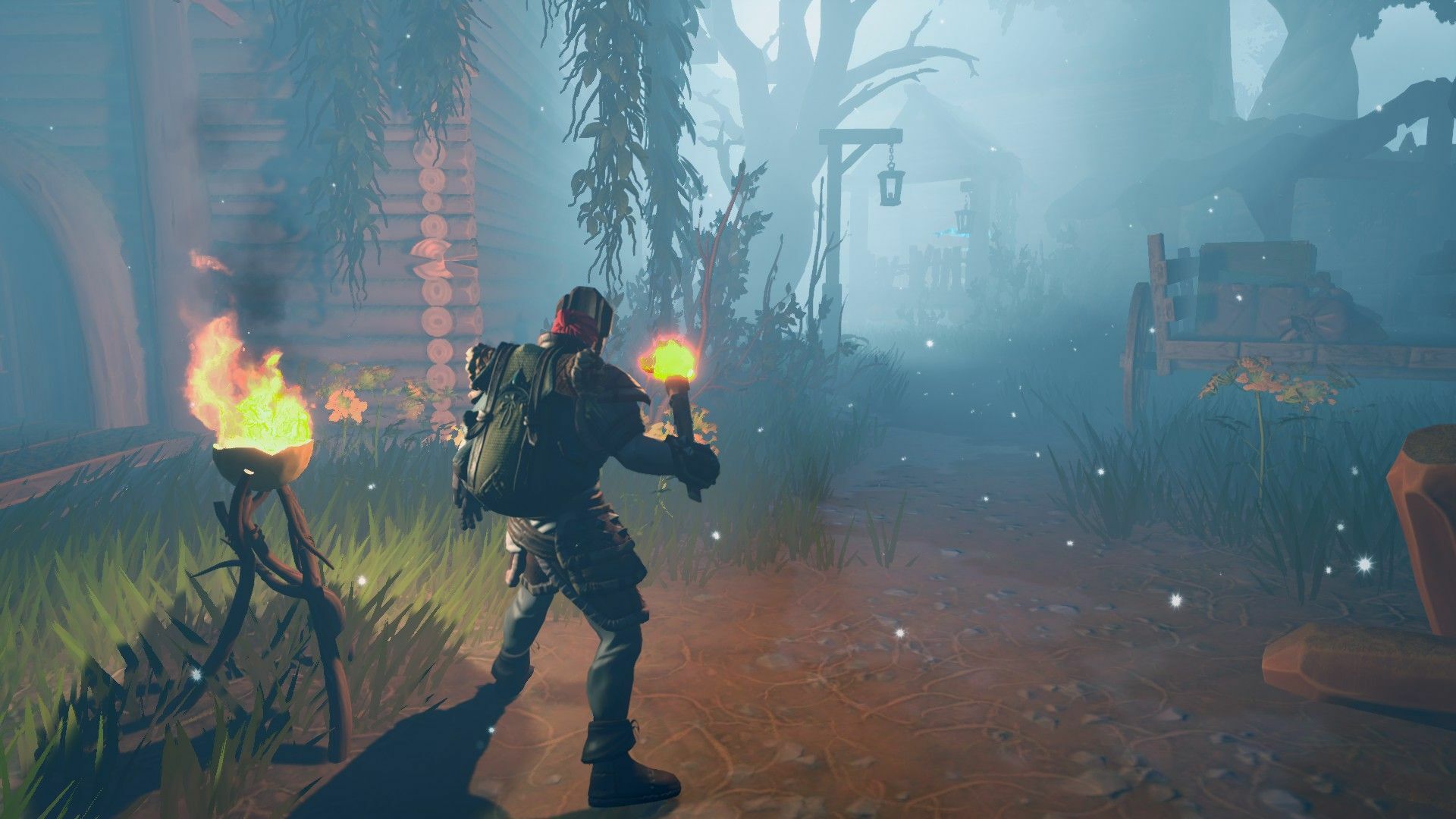 New mode, new rules. No global goals - build, explore, overcome.. and, of course, survive. The icy winds may cut through your ravaged body, but the hand holding the sword shall not tremble! Onwards, to the new adventures!

For a limited duration all servers will be set to the “Survival” Mode. The Story Mode would still be available via Local Game.

Getting used to the realities of this place - that’s your main task." - Hornhead.

To overcome the cruel realities of the Broken Valley you’ll need to learn how to protect yourself. All Pilgrims now can block incoming attacks, but beware - so can your enemies! 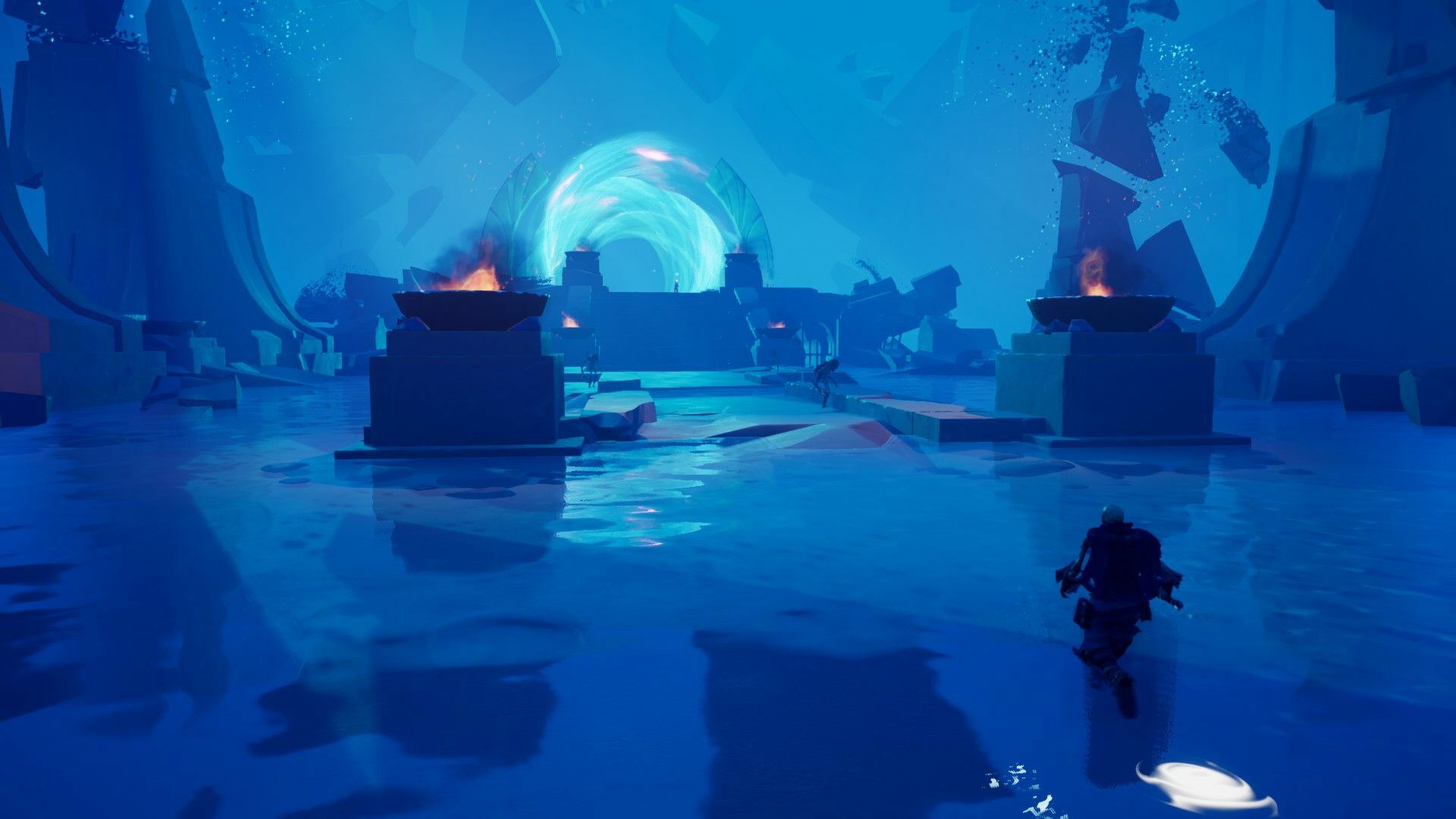 Any Pilgrim who desires to arrive into Arcana must first make their way through the Asylum of Faceless guardians. After your imprisonment you’ve lost everything, including your memory and your physical body. But don’t give up hope - Mithra will help you regain your former shape. 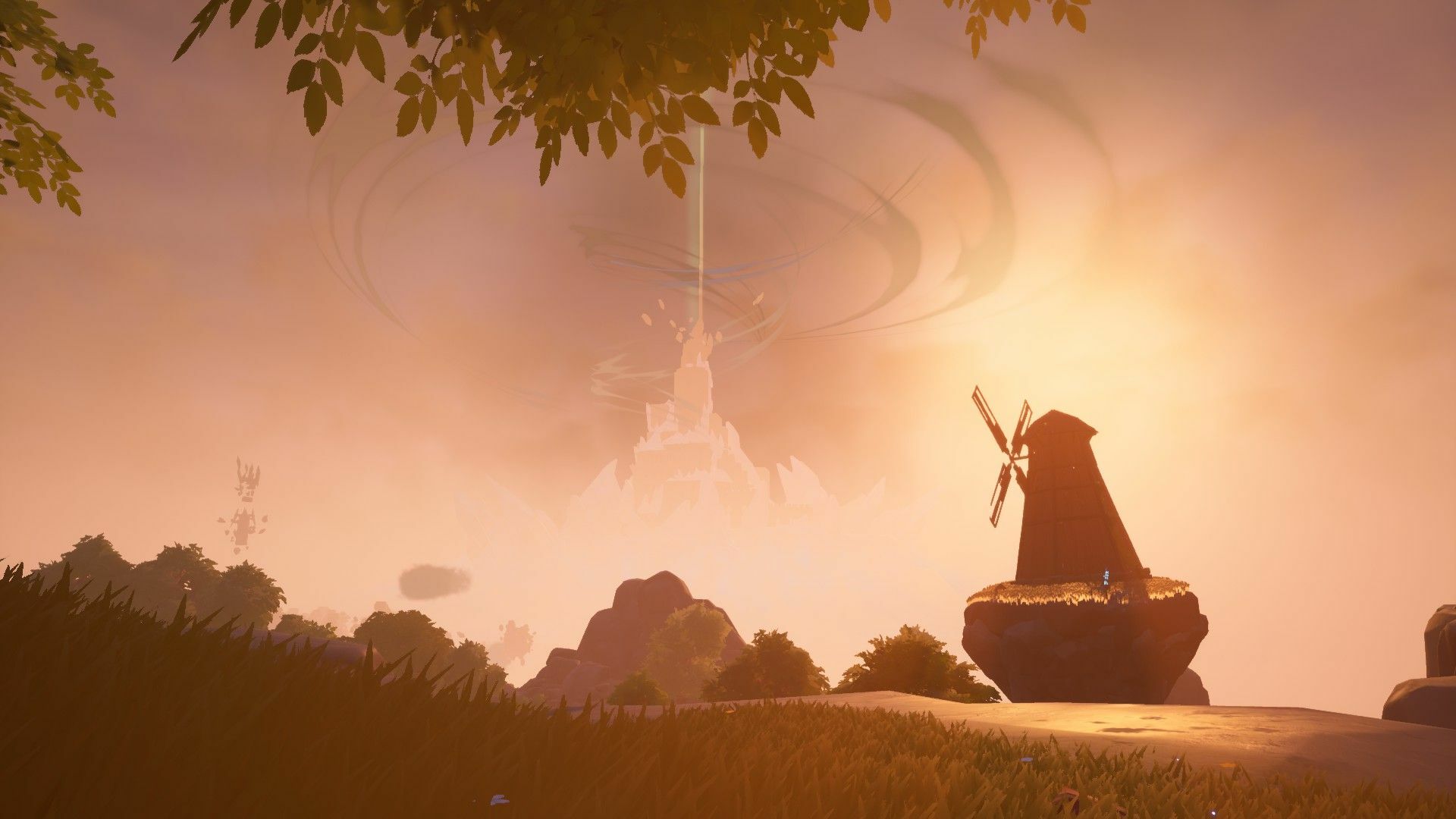 Citadel has been reworked from scratch. Now its somber shape will loom over the lands of Arcana for the entirety of the game, reminding all Pilgrims of the destructive influence of the Curse inflicted by Faceless.

There once was a quiet and peaceful village in this grove, now abandoned and infested by ghosts. During the Shattering a band of warriors arrived to the ruins to cleanse it of the Cursed, but now there’s noone who could honor their memory. A lonesome warrior’s spirit can’t leave that place until he remembers how his brothers perished. Help him recollect the events of that dark day and grant him peace at last.

Bonehead is finally coming back with a new task for his favorite pal: to find a needle in a haystack! Oh, he means to find a boar in the Broken Valley.. but that boar is not that simple and is very different from the regular boars, who savor sweet boarberries on the isles. Beware of the SWINEish curse! 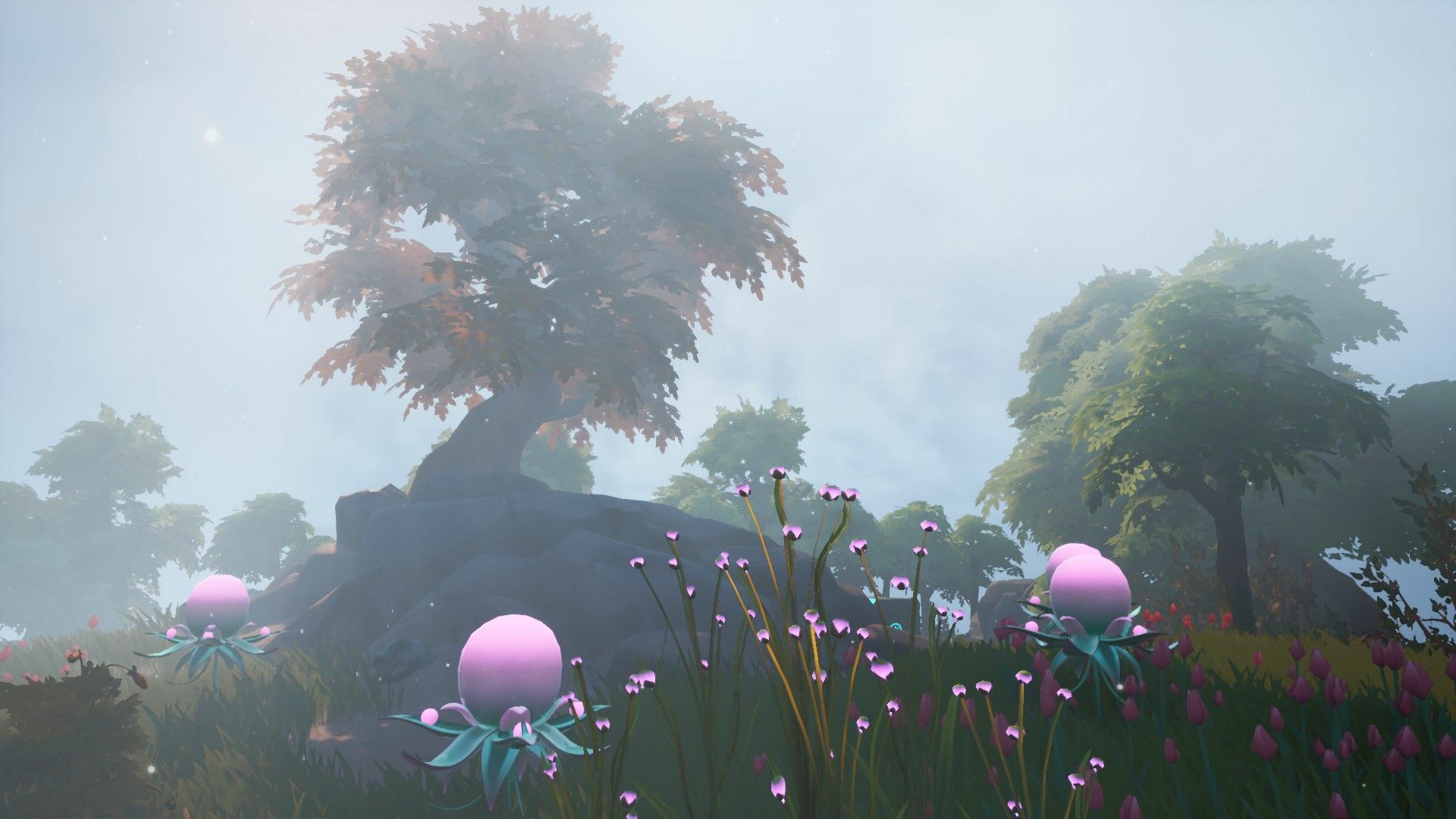 While the Cradle of Keepers is all warm and comfy, the Broken Valley is much less forgiving to the adventurers. The rumour is, the frequent gentle sunny days will give way to snow and frost.

But worry not - you’ll surely find the blueprints to make warm clothes.. eventually. And there’s plenty stones and branches for campfires scattered around! Just keep an ear out for Crysta’s screeches - they are a tell-tale sign of the approaching blizzards.

Any and all travelers who set foot on Arcana simply must familiarise themselves with its delicacies. Even a singular scoop of “Insect Porridge” deserves thousands words of praise!

Cooking and consuming dishes has become clearer and.. tastier.

We look forward to seeing you in the world of Arkana!

If you would like to know more about the game, join us on Discord, check out all of our other Social and Community channels.
Cooking Update

Once upon a time, dragons shared the secret of the magic flame with humanity. The key to its power was Flame - the enegy permeating through the lands...

"Curse you!" - says in the world of Arcana to unscrupulous players, so that they can then fight them in a glorious battle. But, we must warn you, aggressive...

World of Arkana already had majestic and dangerous dragons. Only one piece of puzzle was missing to make it an adventurers' heaven - dark dungeons. But...

Do you need any voice actors?