Thanks for voting and helping Urizen Shadows of the Cold Deluxe Frosty Edition v2 on it's quest to become the 2022 Indie of the Year. You are now in with a chance to score some free games. Help this game secure more votes by embedding the widget (or link) we have included below on your favorite sites.

Urizen - Shadows of the Cold

Urizen Deluxe Frosty Edition on the XBOX ONE!!!

So hey there people, I'm here once more for an update.

1. Urizen is steadliy on it's way to the 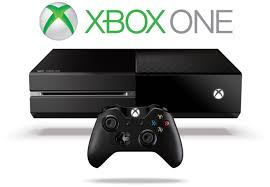 console but not before I tweak it so that stuff like the gamertag and upgrade to Game Maker Studio 2 bugs are taken care of. This version will not have combos unfortunately. I've been at it for like 3 weeks already. All this porting is new to me, so bare with me.

2. A bug was found for the PC and yes ANDROID (NVIDIA HANDHELD to be specific, here's the link - Bloodshadow-games.itch.io), that would not allow for stage 1 to commence. It was a brief update that triggered that bug, but has now been fixed.

3. More bugs found like 3 really hard to reach ones, they where first, when starting a new Supreme difficulty game and then triggering the "all warrior code" which seem to kill off the hidden warriors off the bat. Second on the XBOX ONE the Game Maker Studio update apparently broke some things, one was having the system fail when a bone piece hit the ground...yeah. Third was at the Dark Waters Boss, she was apparently on the wrong depth compared to the enemies.

4. Added water to the intro.

Oh and I made one of the last trailers... 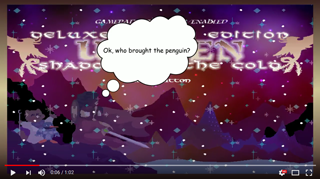 There is a cool Kickstarter campaign I have begun, take a visit and let me know what you guys want to see on there, and please help me out by opting for...

Yup there's always something to look forward to, especially with Urizen...

So it's been a few months, and I've managed to add some more moves for the turn based 2nd player Bloodshadow. I've also...

Urizen Frosty Edition is Complete, Out on Steam!

Holy mystical cow!!! It's here Urizen Shadows of the Cold Deluxe Frosty Edition. It is finished!!! Out on STEAM for $5.99!!!

This is the official Urizen Manual. Biographies, enemy bios, powerups, all described and recorded.

Looks like it's going on the XBOX ONE first.

the game for which platforms will be available

Looks like it will definitely be released for Android following then Playstation 4 and PSP. I will look into the Nintendo Switch and finally X-BOX ONE if possible.