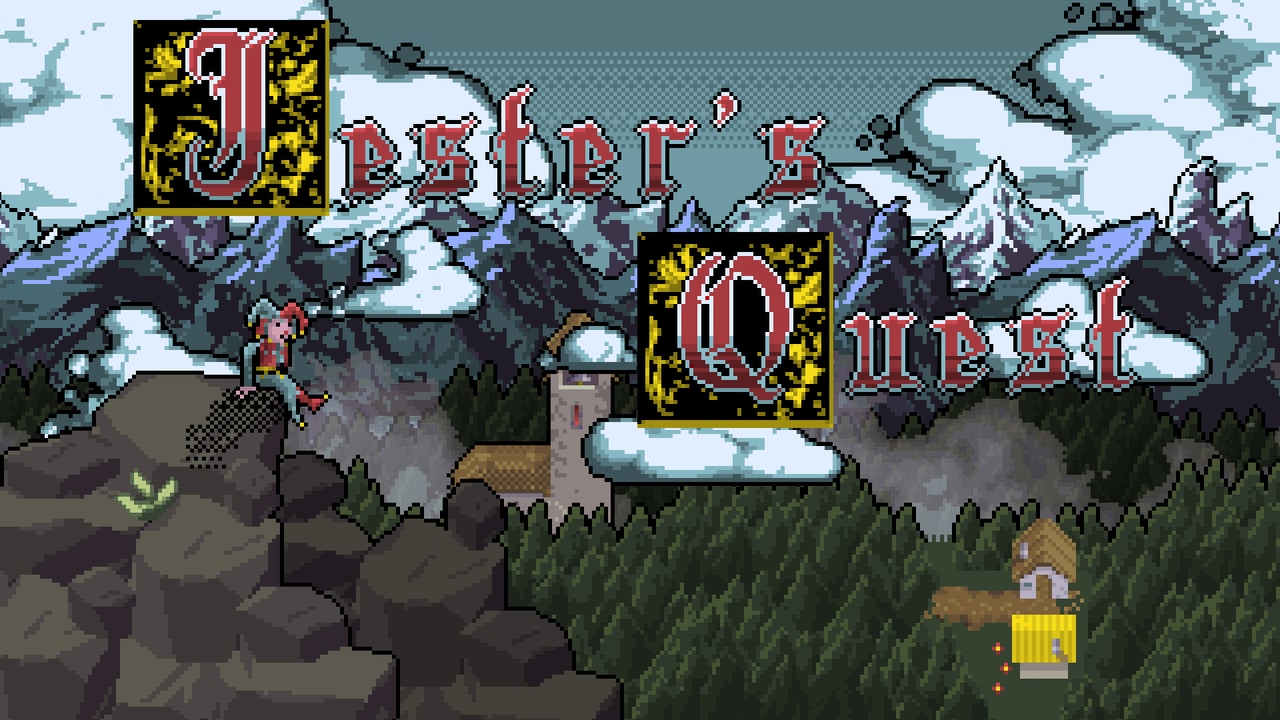 Jester’s Quest is an fairy tale metroidvania platformer with some RPG elements. Jester’s Quest is using Unreal Engine 4 and some of its effects in symbiosis with classic pixelart. Navigate little jester in open world map to more than 50 different levels and solve puzzles, fight enemies and help villagers with their problems.

Well that is quite easy. As a little jester you have to save the kingdom and get half of the princess. Or how was it?

- No hi-res sprites or textures, only carefully selected pixels

You don’t have to read a single word in JQ. All beings in the kingdom talks to player via icons and they are also speaking with their own unique language – Talespeech, with more than 50 word expressions.

Jester with his main weapon – pogocello, can attack enemies with two buttons combo style combat system. You can link primary attack (damage dealer) with secondary (radial damage or block breaker) and mix them together with multiple secondary weapons like magic cards or “jack in the box” bombs or with special fairies attacks. Ohh, don’t you know that you have some fairies in your bag?

Pixies are small fairy tale fairies which will help jester on his quest. They have special abilities like lockpick, repair or summon light and also special attacks like fireball, lightning or poison. They can also charge jester’s pogocello up to five tiers so he can unleash all the energy in it with a devastating blow.

And did I mentioned that jester can ride a killer unicorn? Oooh yeah. This fantasy beast beats everyone with its magic horn. But will be jester able to tame it?

Jester’s Quest is a mixture of medieval, chiptune and orchestral music, spiced with electric guitars.

Are you wondering how it sounds? You can taste a little bit of it in reveal trailer video.

Jester's Quest has been Greenlit

Jester's Quest has been Greenlit. Thanks everybody for your support. 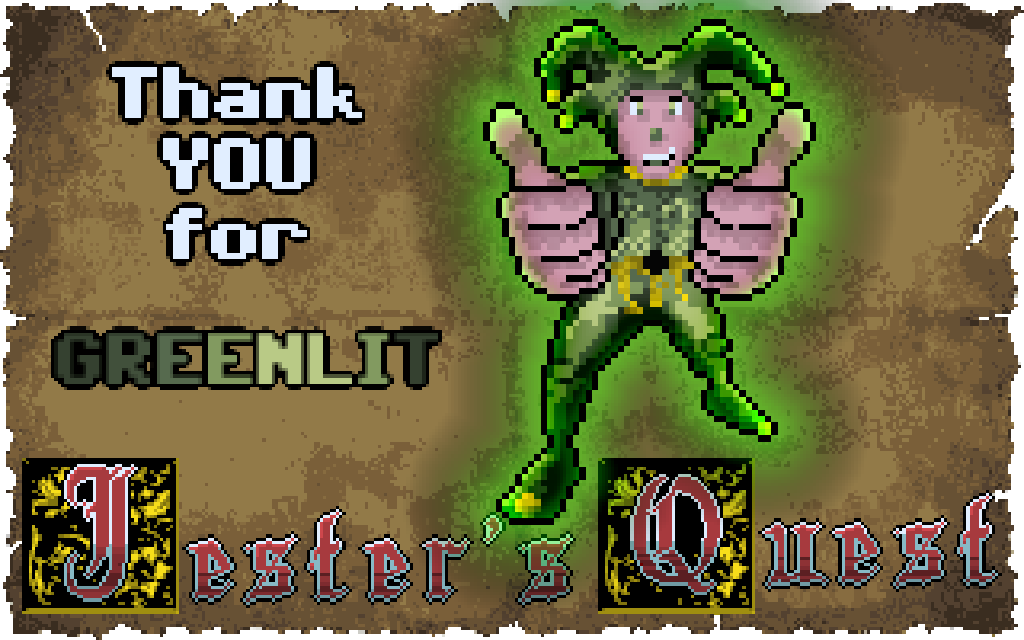 What Jim F-ing Sterling thinks about my f-ing game on greenlight?

Jester's Quest is on Greenlight

Hear me hear me noisy crowd, vote this game and make me proud. If you want play Jester’s Quest, green my light, and you’ll be blessed.

Ghost of a Tale Platformer