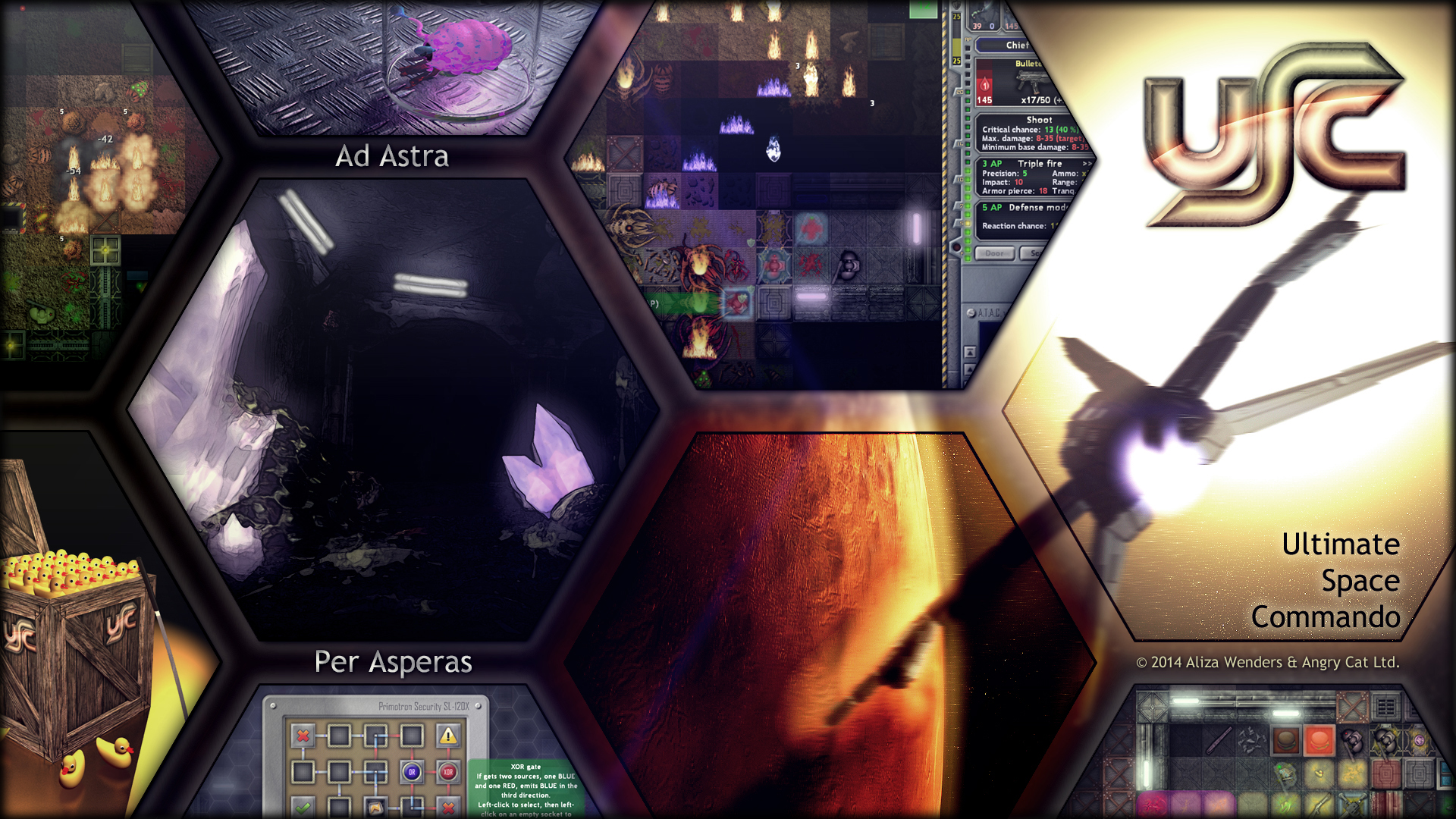 USC is a complex game. From training your units with skill points and outfitting your squads with the appropriate weapons, ammo and additional gear to exploring, salvaging resources and fighting the alien horde, everything is in your hands. The game mechanics are easy to learn, but mastering them is a grand journey. USC features seven difficulty levels for custom games and three for the Campaign mode, including Easy for learners or casual players, but beating the highest levels requires both sophisticated tactics and a great deal of planning ahead with resources and synergy between environment, weapons and items.

"Commander, I have an important task for you!
The science team has put together a new pioneer P.R.O.B.E prototype to serve us in our struggle against the aliens. When ready, it will be capable of infiltrating the aliens’ nests even through the smallest tunnels, and reach places where no man or other craft can go!
But, before we can move forward with the build, we need the basic flight capabilities thoroughly tested! We entrust you with this job. Safe flight, good luck!" 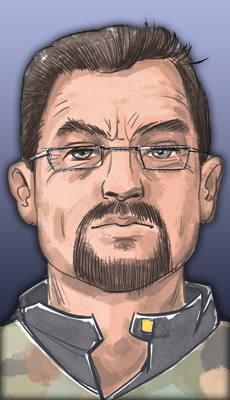 P.R.O.B.E is a fast-paced, unforgiving "tunnel-runner", loosely set in our Ultimate Space Commando universe. You are tasked with the field testing of a recently prototyped reconnaissance unit, the Pioneering Remote Orb, with which you enter the tunnels of an alien-infested mining facility, both to evaluate the P.R.O.B.E's capabilities and your own skills...

It is a "classic", deliberately minimalist arcade game, where your only goal (at least currently) is to earn the most score and reach the furthest level. On your run you will encounter obstacles, dangers and also useful stuff--everything has its role or purpose. Energy balls grant some energy for your shields, but give a speed boost that may be lethal if you're not careful. You may attempt to crack special crates for a bonus, but doing so you may die if your skills fail. You need to carefully manage your health and energy to reach far. 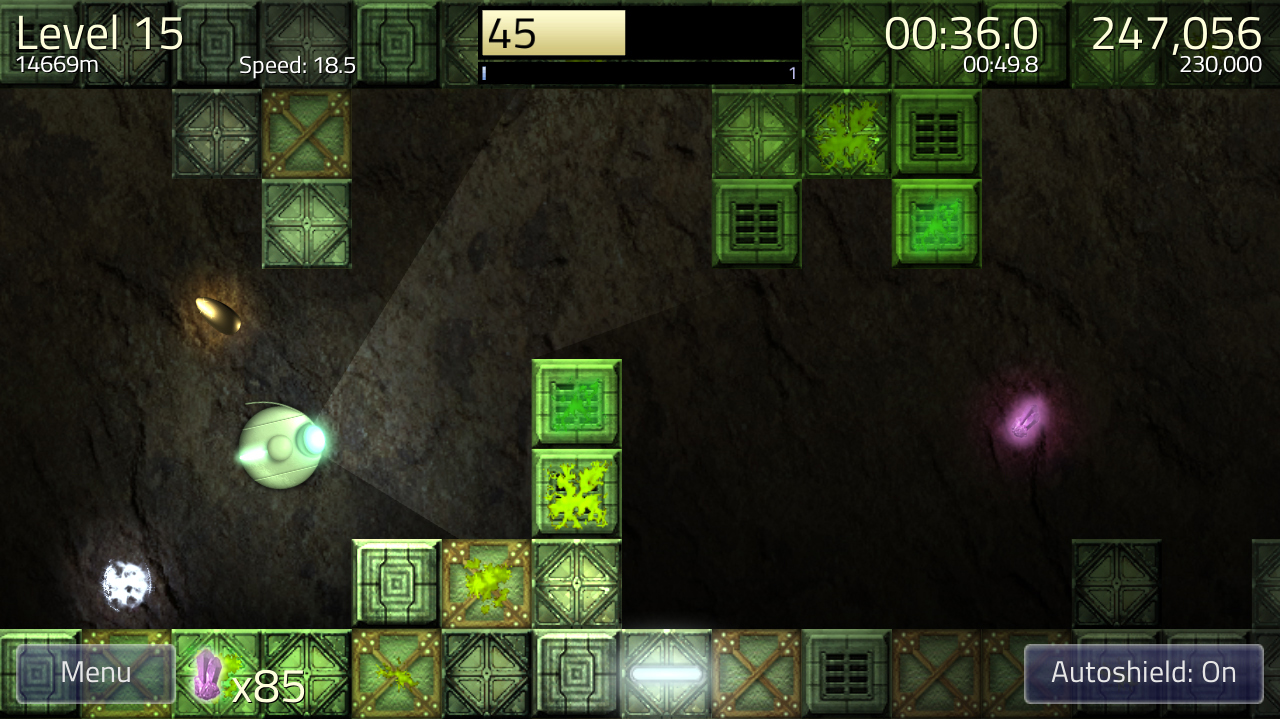 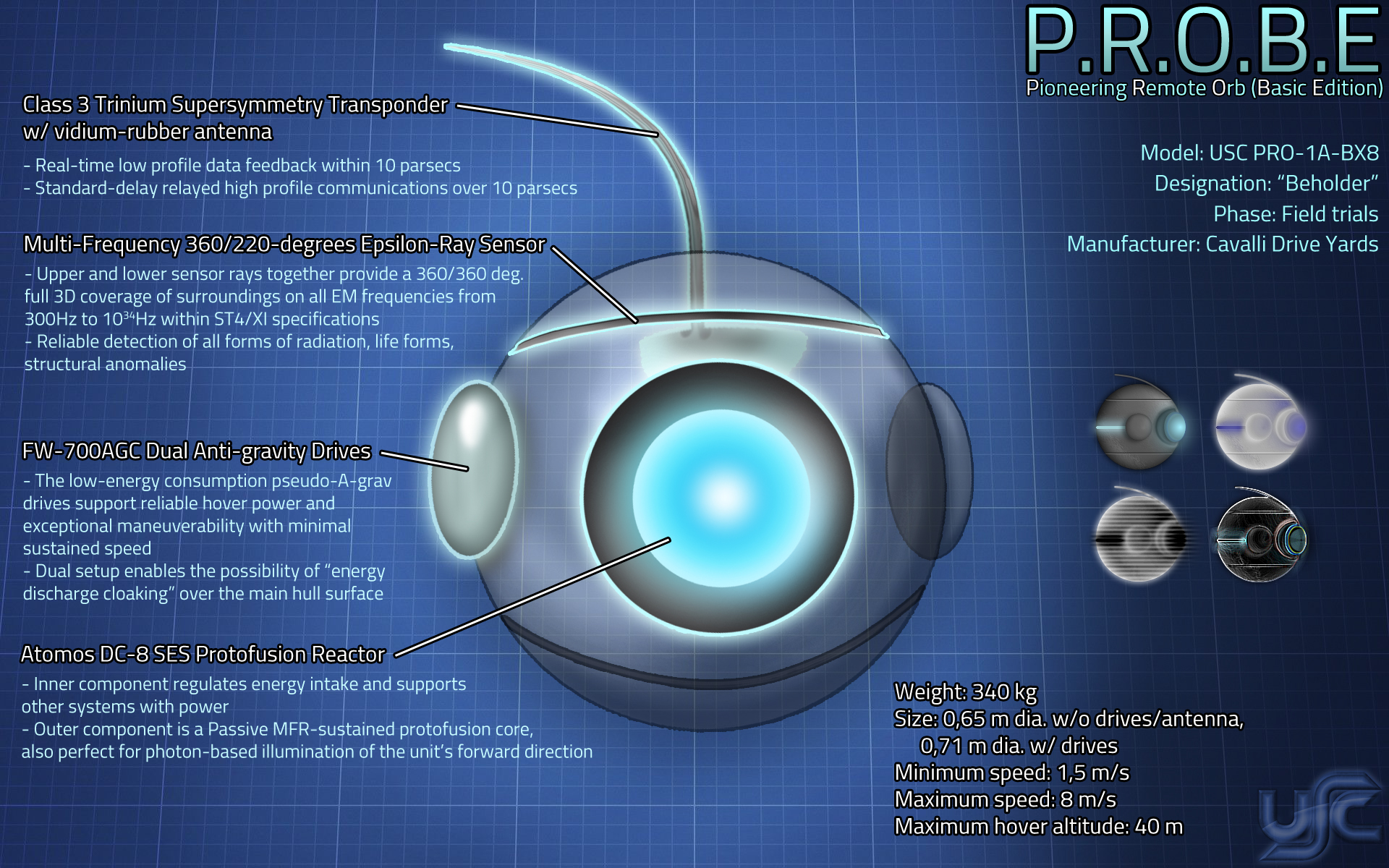 You can also collect crystals to upgrade your P.R.O.B.E between levels or to retry a level--spend them wisely! 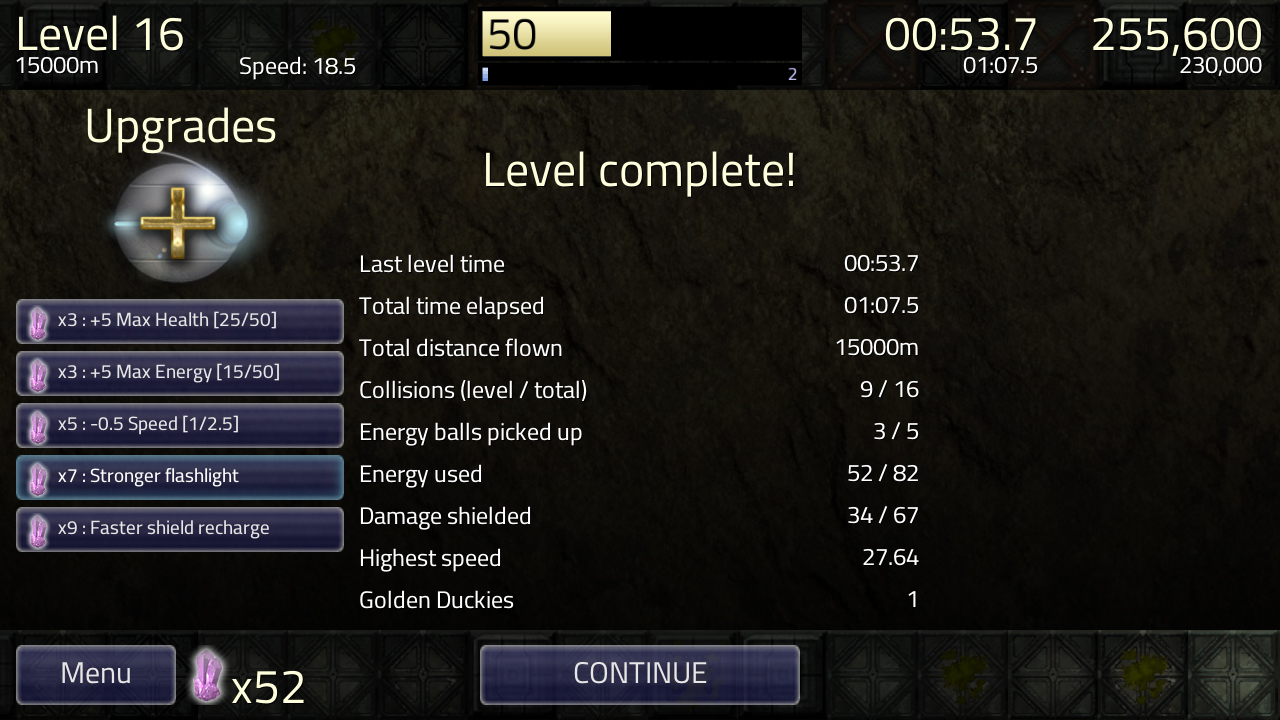 The game will be free-to-play and is complete in its current state, but we also have a lot of ideas (new obstacles, level types, bosses, etc.) to add in the future.

— Easy-to-learn, but hard-to-master tight controls
— Randomized levels
— Energy shield system to protect yourself and get past obstacles in one piece
— Statistics after each stage
— Model USC RD-2X Golden Duckies

Beta 3.0 is very likely the last major update before the Final Release of the game, which is now scheduled Q1 (preferably February) of 2015, and the stack...

The latest USC patch is now available with playable Campaign missions for the first time! And many more! Read in details...

BETA 2 now out & a few words on Campaign dev. progress

Beta 2 is out now! It brings a ton of gameplay changes, fixes, enhancements! You can also read a bit about the development status of the Campaign mode.

Full installer of P.R.O.B.E v0.9.3. Version history: v0.9.3: - Fixed an issue that could cause a severe FPS loss on some systems when turning "retro display...

Installer for the free, full version of PROBE (v0.92a).

Update 3 is now available for USC. As the biggest update in the history of Beta 1, version 0.9.0.3 greatly enhances the Defend the Base! game mode, adds...

The new update brings many new features, including the inventory toolbar and remappable hotkeys, minor (but important) changes to some items and a few...

Downloaded and installed from "USC_0_9_1_3_Update.exe" but it just crashes upon trying to launch the game executable. Win 8.1 64-bit.

Desura client version doesn't fully load. It gets near completion and then MCF install error. I went into folder, but no files found.

On the other hand, the DRM free version works fine =)

I've just run a test installation and everything seems OK to me (0.9.0.0). Maybe it's the patch, or some temporary glitch (download *DID* slow down for me when I was at 99%, then it suddenly resumed after a while and continued by downloading DirectX). Maybe you should contact Desura support if the problem is persistent.

I really do hope your problem will be resolved soon!

Thank you very much for the info! I'm investigating into this pronto!

Just a question: Have you installed Update 1? I wasn't able yet to make this Desura-MCF-stuff for the patch ready, but I'm working on it! It may be the cause of your problem.

Thank you. I bought it from the online Indie store (not GG). I will stay tuned here to see when I can redeem teh Desura key.

You can now redeem IGS purchases on Desura. Click "Redeem on Desura" on IndieGameStand and claim your Desura key.

Thank you for the quick reply and the helpful information.

One last question-if I redeem USC on Desura, will that prevent me from getting a key if/when it is released on Steam (which is really where I would like to own the game)? I will hold off on redeeming the Desura key until you can clarify.

Thanks again for the quick responses. Have a great day.

You're free to redeem it on any platform shown. Keys for the different platforms are handled separately. You can get a Desura key now, and later, when USC gets greenlit, you can still get a Steam key, too!

Will you be giving Desurakeys to those who purchased your game from your website (I ask because it would be easier to get the updates)? Thanks in advance.

Yes, I'm on integrating the different distribution platforms with redeemable keys. IGS purchases will be redeemable through the IGS interface (I think) almost as soon as USC launches on Desura. If you purchased it on GG, please register at the USC homepage with your serial (if you haven't already), and then contact us at admin@creatio49.com with either your profile e-mail, username or customer ID and I will give you a Desura key manually.

Band Of Drones Turn Based Tactics