Titanium Hound is 2D retro-looking action platformer puzzle video game in cyberpunk genre, where you are going to pilot huge and agile exoskeleton to crush hordes of crazed security drones and abominations to uncover conspiracy carefully crafted by one of global corporations.

Thanks for voting and helping Titanium Hound on it's quest to become the 2021 Indie of the Year. You are now in with a chance to score some free games. Help this game secure more votes by embedding the widget (or link) we have included below on your favorite sites.

I’m really happy that new demo version in fact has more content than I’ve initially planned. But on the other hand, it lacks new music tracks, which I had to move to version 0.2.2 (that I hope to release next week). Now, let’s move straight to the current update details.

I’ve added full-scale tutorial to the game. It starts with small introduction about equipment basics and continues with training mission that explains everything you need to know about the combat. This training mission is not tied to the story and won’t need much time to be completed. When you start the game for the first time it will give you prompt about tutorial. Once tutorial is complete, or if you refused to start it, this prompt will stop appearing later even if you reset your save by starting new game. But you still can start tutorial any time by pressing “?” button on the Map or Equipment screen.

I’ve added time measurement feature that will be very interesting for speed runners. It measures only actual gameplay time, ignoring time you spend in menus, pauses and dialogues. However, it still counts all boss fights attempts if you failed to defeat a boss in the first attempt to do so. You can check your current playthrough time in settings section of the main menu. If it will be possible, later I’ll make a ladder based on different players playthrough times.

Sound and visual improvements are also here. There is bunch of new sound effects implemented along with improvements for some particular sounds. As for the visual part it was improved in general and has one principal fix that I planned long ago. The game is now free of asset rotation usage. Previously I used it for the things with fast rotation speed, like wheels or vents. Now all such things have animated sprites instead of rotation, which is critical for pixel art visual style.

I also couldn’t avoid some balance changes. I’ve tweaked a lot of things here, from turrets rate of fire to mini-bosses health. As a result – gameplay became a bit harder and more interesting. But here I’d like to warn you about non-lethal attack and Shock Stabilizer device that improves it. From now non-lethal attack has much worse range and requires more energy to be used, and Shock Stabilizer device improves the attack to pre-0.2.1 state, and even improves its range further. Also I'd like to mention the crafting system improvement that allows you to craft items much more often. 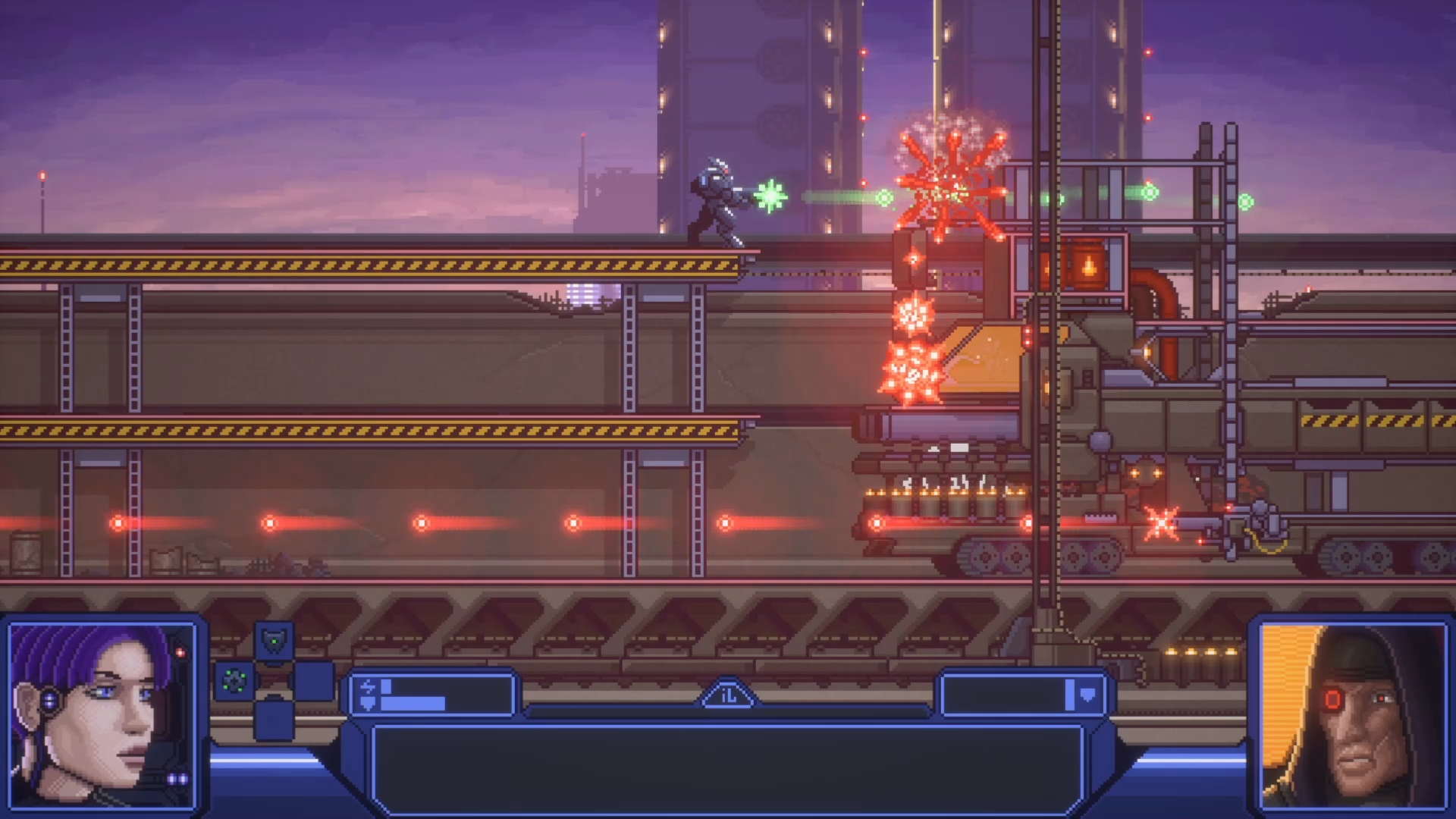 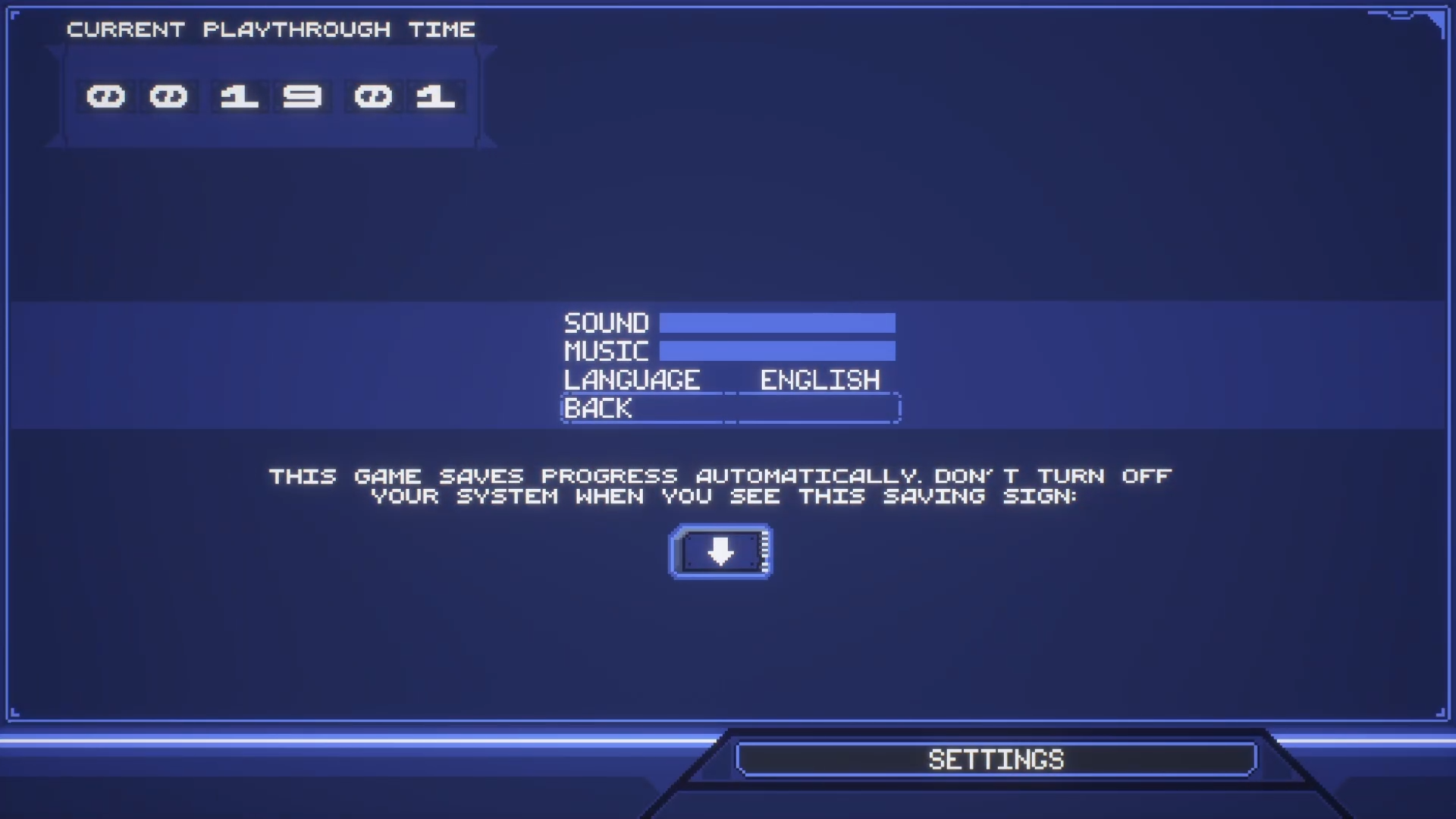 You can get the demo version 0.2.1 on Steam and IndieDB:

Titanium Hound demo will be expanded to two missions.

New demo version that has two playable missions and some new equipment.

This demo version includes some improvements based on players feedback.

Improved demo version 0.1.1 with boss-fight in the end of the mission and new combo attack. This attack is activated by pressing aim up + jump and creates...

Demonstration version 0.1.0 with one playable mission and a lot of improvements, including music and sound effects in final quality.

Alpha version of Titanium Hound with one playable mission.

Thanks! I'll fix that in the next update :)