My game development is funded entirely through donations, please consider donating here to support my games. Thank you!

Fight together with your friends in 4 player matches via the internet, LAN or locally on 1 device.

Choose from 12 pre-made levels, make your own using the included level editor, or generate random maps for a new experience everytime!

The included level editor allows you to create the ultimate level, whether you want to section off the map and play competitively, or build the ultimate challenge for you and your friends to face together. All levels included in the game were made using the in-game editor.

Additional options in the level editor allow you to increase players starting funds for that level, as well as change enemy speed, health and how much damage your base takes when an enemy slips through.

Select from a variety of turrets, including Machine Guns to take out fast moving targets, and heavy-hitting Laser Turrets to take down larger threats.

Upgrade your turrets firepower, range and fire rate to keep the enemies at bay!

5 enemy types, spread across 6 tiers, making a total of 30 enemies waiting to test your defense strategies.

Unleash superpowers to gain the edge over your competitors, including freeze time and a powerful nuclear strike.

Think you have what it takes to survive an endless onslaught? Enable Endless Mode on any level to face a never-ending horde of increasingly powerful enemies!

Other features maybe added in the future.

Thanks for voting and helping The Tower Defense Factory on it's quest to become the 2021 Indie of the Year. You are now in with a chance to score some free games. Help this game secure more votes by embedding the widget (or link) we have included below on your favorite sites.

It's been a long time since my last post here.

Since I last posted about version 1.2, the game has been updated to version 1.5.3! A ton of new things have been added so I'll do a brief summary of them here: 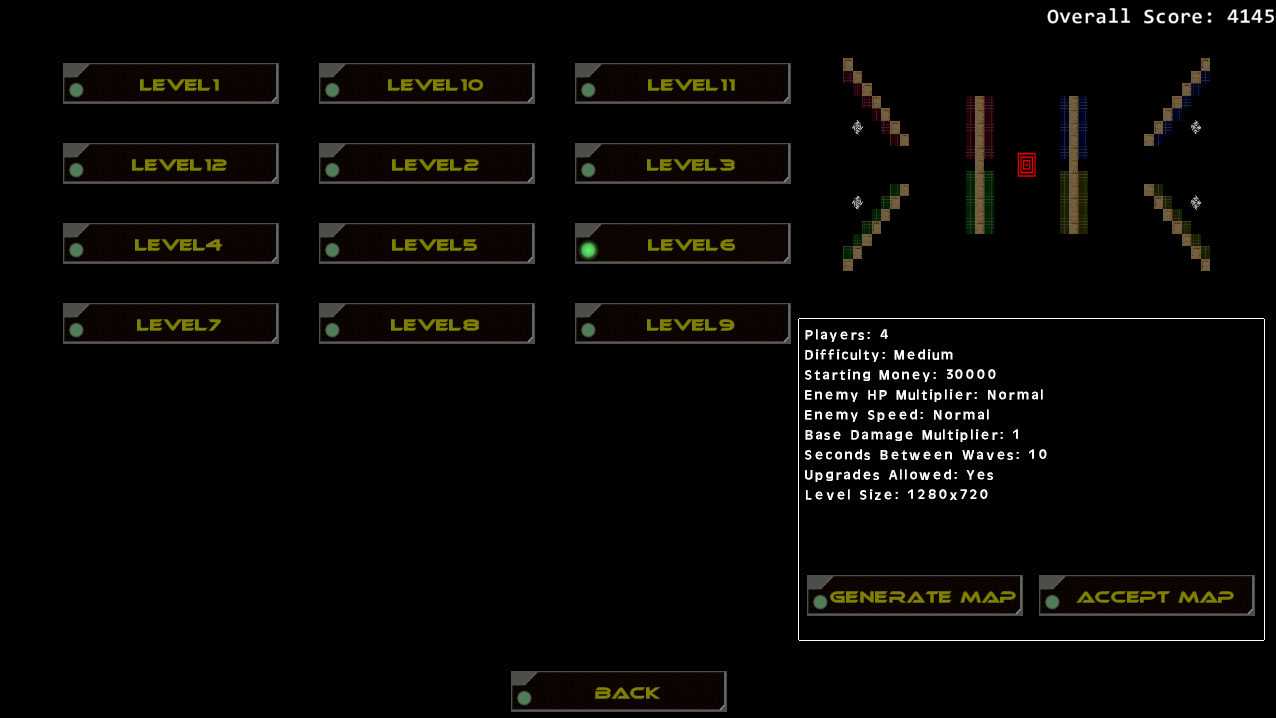 I hope you enjoy this new version of TTDF. Development on the game has now stopped, except if any bugs are reported. I am now working on a new game called The Race Factory (TRF). TRF is a top-down racer, featuring vehicular combat, which will share some similarities with TTDF, namely a track editor to let everyone make their own tracks to race on, and an emphasis on multiplayer.

I will release more information on TRF in the near future.

Finally, I have decided to make all my games F2P from now on, I don't feel it's right to lock my games behind a paywall for those who can't afford to play them, so anyone may play my games for free. Those who wish to support my game development can do so on itch.io.

Version 1.2 is out now! The editor has been updated to support largers levels, as well as a number of other improvements and bug fixes! You can grab the...

Project Tower Defense is now available on itch.io! Play with up to 3 friends locally or via a network, complete with a built-in level editor!