The second instalment in the RPG saga about the Witcher, Geralt of Rivia, features a thoroughly engrossing, mature storyline defining new standards for thought-provoking, non-linear game narration. In addition to an epic story, the game features an original, brutal combat system that uniquely combines tactical elements with dynamic action.

In this competition you have the chance to win the game called : The Witcher 2: Assassins of Kings Enhanced Edition! / In this contest, there will be only one winner! 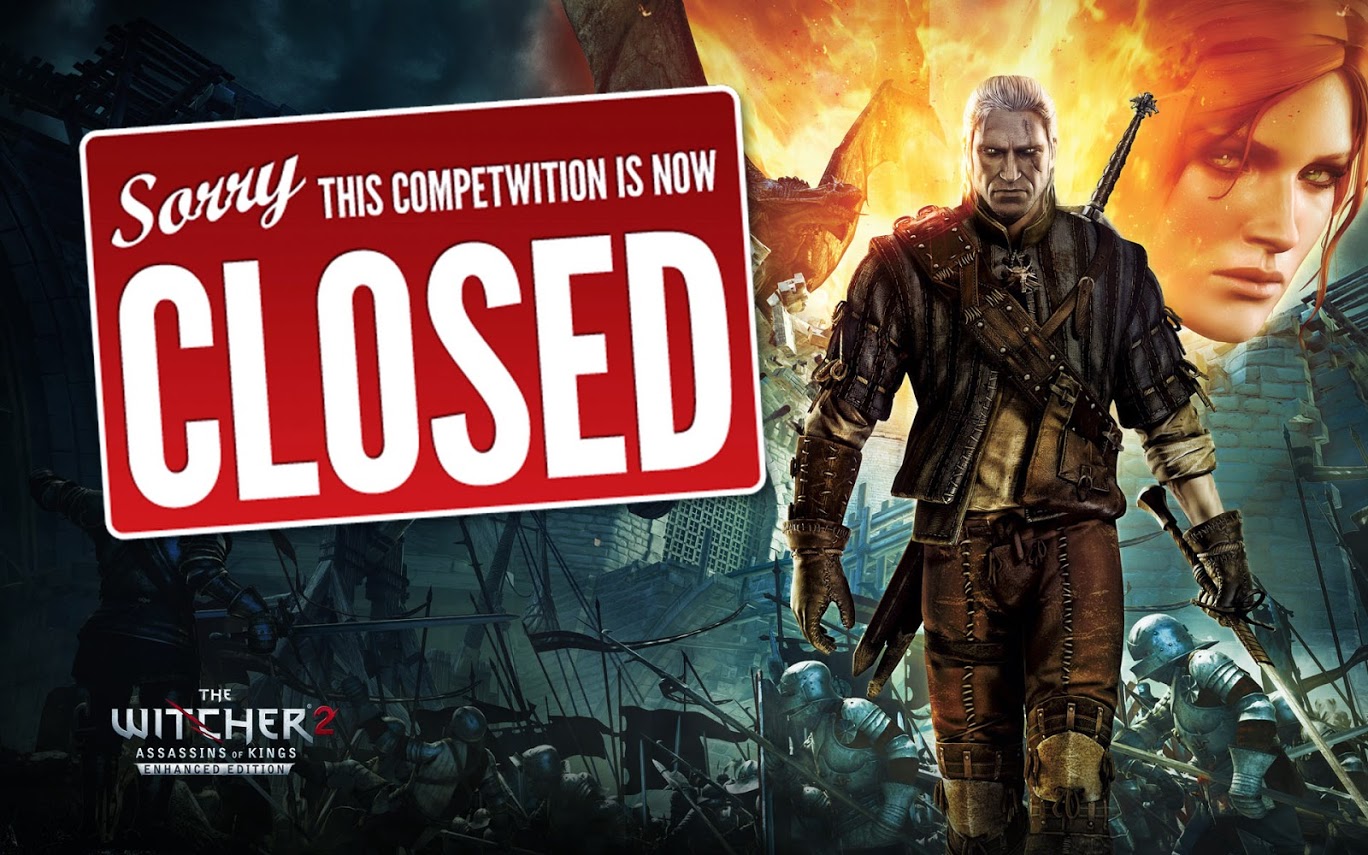 During the prologue, Geralt is interrogated in a prison in the kingdom of Temeria by Vernon Roche, the commander of a group of Temerian special forces known as the Blue Stripes, regarding the assassination of the king of Temeria, King Foltest. 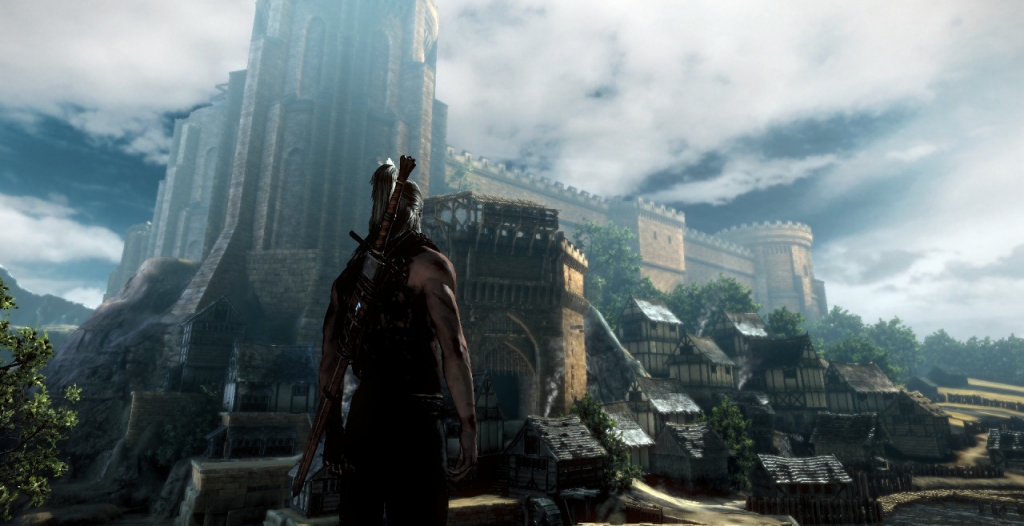 Geralt recounts the events leading up to Foltest's death, during which he acted as Foltest's bodyguard. During an uprising against Foltest by noble families of Temeria, Foltest personally leads the battle in order to recover his illegitimate children, Anais and Boussy, who are being held by the rebels. Once Foltest finds his children, he is killed by an assassin disguised as a blind monk, who escapes before Geralt can react. 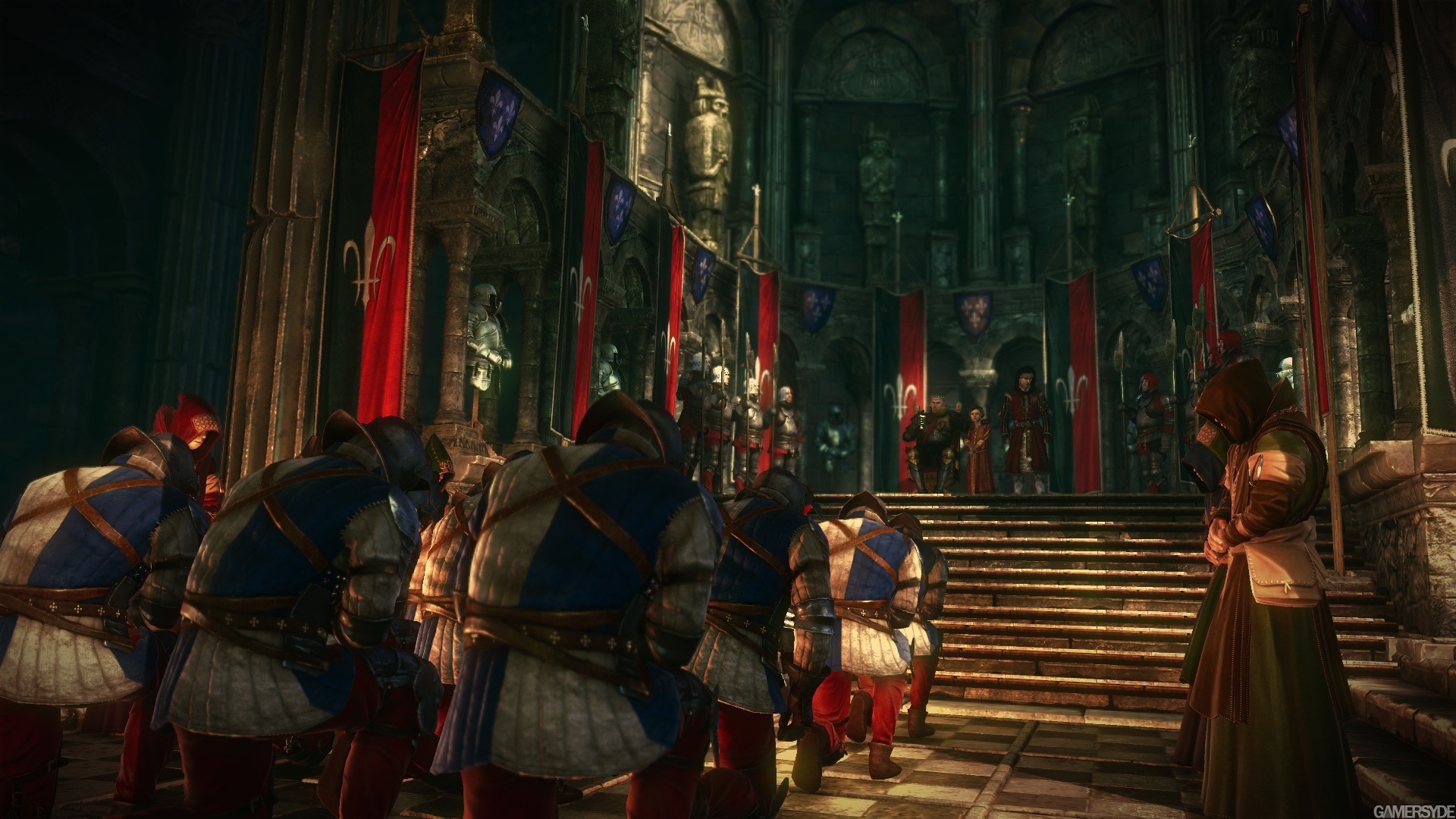 Geralt is then found by Temerian forces and mistaken for Foltest's killer. After hearing Geralt's confessions, Roche decides that Geralt is innocent and aids him in escaping the prison. The two, along with sorceress Triss Merigold, Geralt's companion and Foltest's royal advisor, then travel to a trading post named Flotsam, in search of the kingslayer. 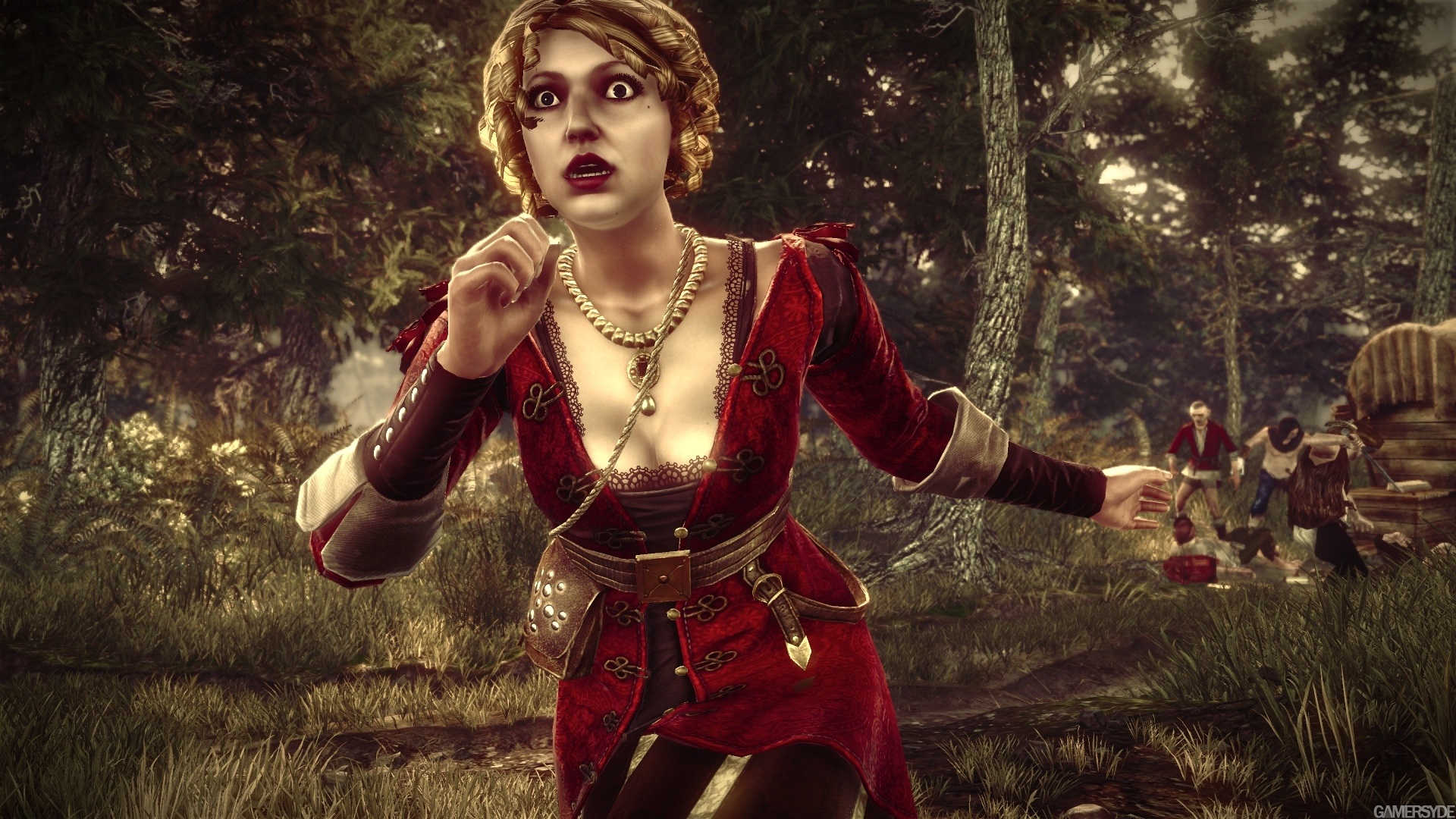 Upon arrival to Flotsam, Geralt, Roche, and Triss are ambushed by Iorveth, with Triss's magic saving them from his archers. Geralt discovers the assassin is a witcher in league with a group of Elven rebels known as the Scoia'tael. 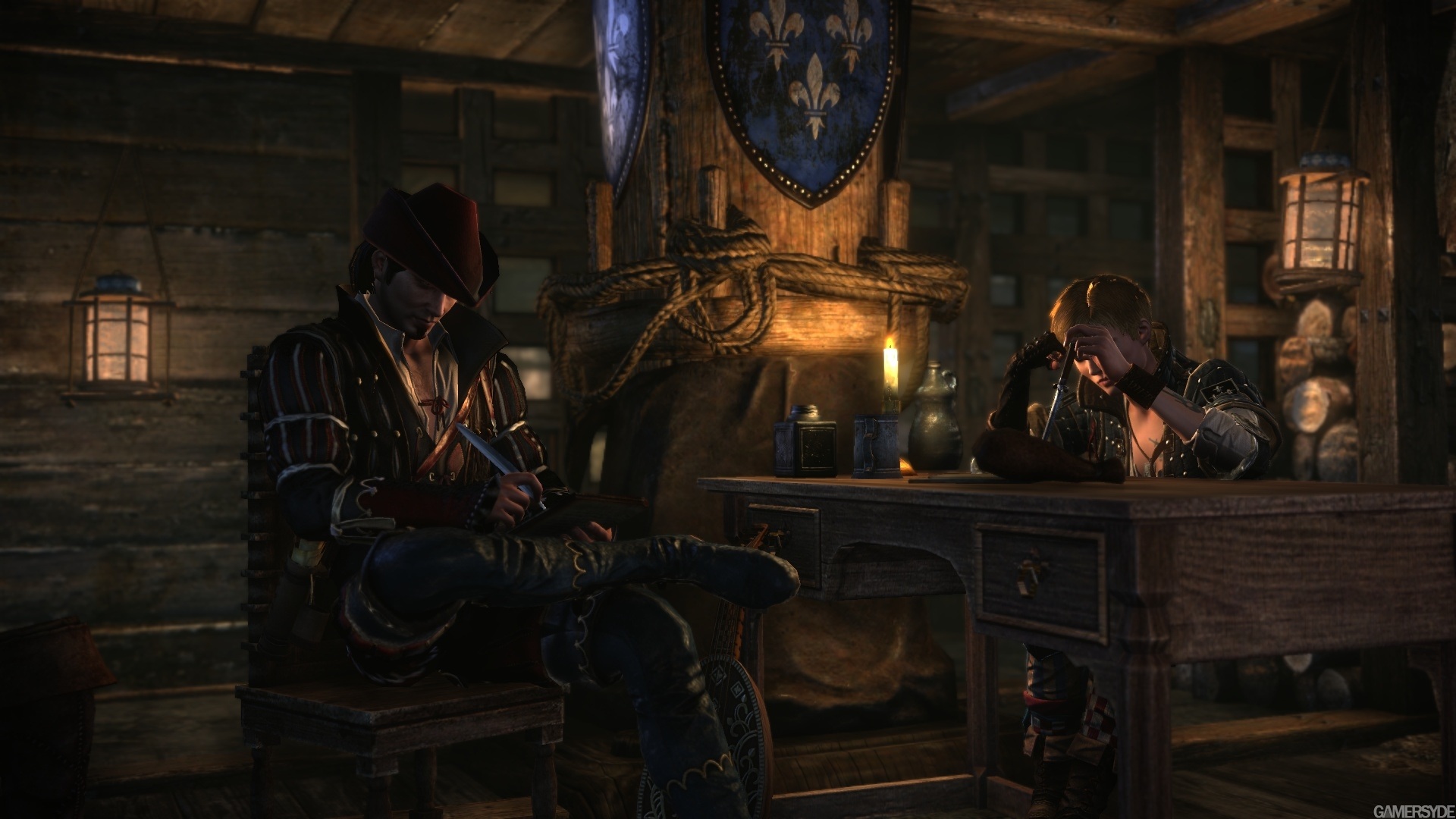 The assassin is also revealed to have killed another king: Demavend, the king of neighboring kingdom Aedirn. Upon arrival, Geralt walks upon Zoltan and Dandelion about to be hanged in the city square. After a scrap with the guards, the commandant of Flotsam, Loredo, sets them free under certain conditions, and asks Geralt to meet him in his mansion. 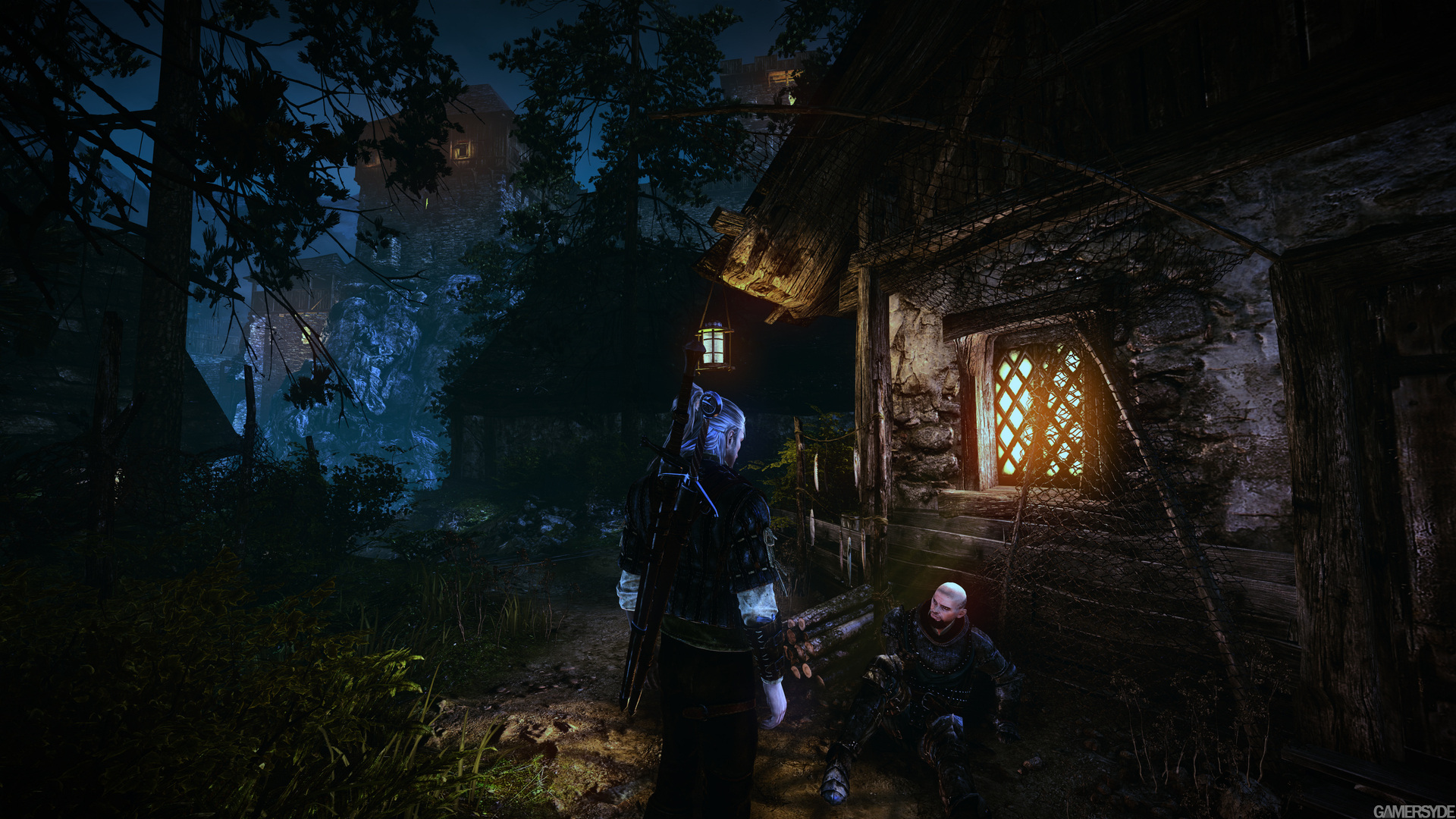 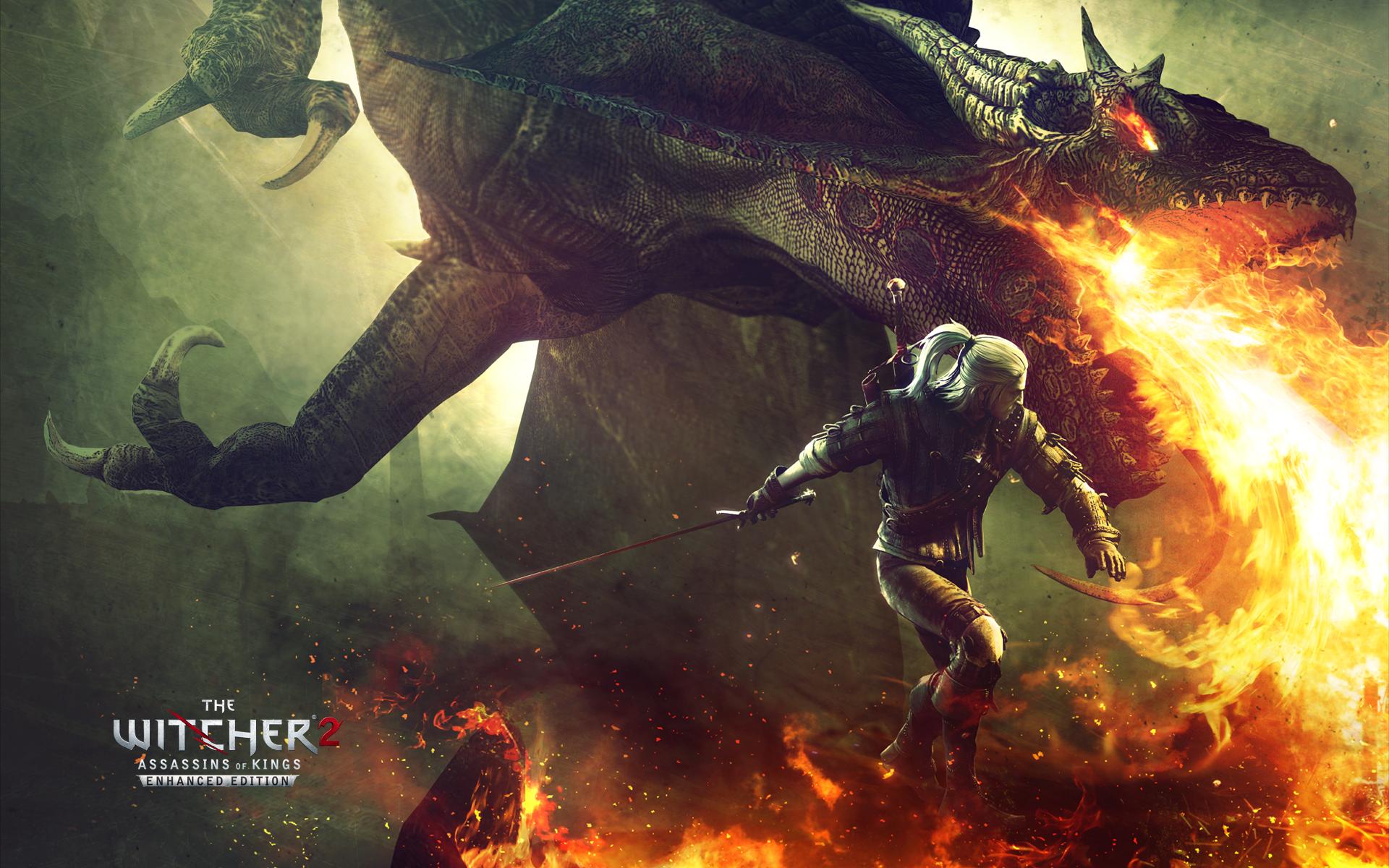 1. I'd totally be a Dragon. In some mountain. I'd live in a room filled with gold, surrounded by a lake of lava. Waiting for a challenger...For the best fight of my life. >=D

2. It'd probably be a very long job, several years, infiltrating his caste...Getting on his good side...Then getting all his subjects to turn against him.

3. I could probably do it alone. Just kill them one at a time and you'll be done in no time. Pick them off alone. Like, say when they leave the camp to go use the bathroom somewhere in the woods. xD

1. First things first, complete the prologue, then proceed onwards to do a bit of exploration for the sake of discovering interesting events and places within the in-game world.

2. As more of a spellsword myself for the most part, I'd definitely use magic (to bring pain and weaken the King himself) and a claymore sword to end his misery by my own hands.

3. Being the famed savage witch hunter Geralt of Rivia, it would probably be nothing more than a grind to achieve and gain new traits or abilities, but if it were me, I would need a group to take 'em all down. I'd hire some henchmen to do their dirty work, while also lending them a nice helping hand with my very own sword.

1. I'd be a Witcher, what else. First there are all the "physical" perks you get from being a Witcher. Then there's all the money you get from jobs, fame, tons of women just throwing themselves at you, what more is there to ask for :P?

2. Well first it depends if i would even get a job to kill a king. If the king is good i'd refuse and kill the person who offered it on the spot. Of course if the king is bad, my choice would be a brute strength approach. Get in, annihilate everyone who stands in your way and get out. If i had any "companions" i'd use more tactic and planing.

3. Yet again i would prefer to go alone and simply crack every skull and spill all the guts but i would leave one bandit untouched. I would let him go so he can send the message, this is what happens when you kill and murder innocent people.

1 - A *****-monger (thats right) traveler, specialized in Beverage of all kinds.

2 - As my profession allow contact to special substances, I would use a special poisoned Beer("a la" Game of Thrones, the one that try to kill Daenery's {spoilerssssssss}), and gift it to the king, and both have a late reaction time and dont taste biter.

3 - Again as poison master, could make a trap to those bandits making teasing/lure then to rob "the barrel", as I fly from the scene, and kill then all by myself.

1) A dryad, because forrest titties.

2) i'd dual wield 2 longbows, but id only use the left one because im right handed.

dryads are natural archers so should be fair enough

Do not forget that today is the last day that this contest is open with The Witcher 2: Assassins of Kings

I know, i'm refreshing the page every 5 minutes :(

No need to over do it, training is on Saturday and the picture will come up on Saturday with the winning name, so it's going to be for weather week, when a competition comes.

1) The one rock The Witcher steps on, So I can feel his presence stroke me.

2) Seduce him by Twerking and then put an arrow into his knee.

3)Bring the finest breads and fruit and give it to them and ask for a truce. I would go with a couple of soldiers. Then we all sleep in the camp and we slit there throats and then take whats left of our finest Breads and Fruits.