The Will of Fire

Greetings fellow ninjas, We are happy to welcome you to the new upcoming Naruto-based game, with the only team that is really focused on advancing and making the game, in a relative short time spawn. Welcome to The will of Fire. About the game The game as mentioned is based on the anime Naruto and Naruto Shippuden, in a form of a Multiplayer RPG The game will be released to the public as soon as we complete 5 jutsus for each element. Who are we? I'm the community manager and lead level designer, student of Informatics in Berlin. etamot is the lead programmer and lead graphic designer. With the aid of a hand full of people and constant progress, we will make this game in the most reasonable time.

What are we working on right now?

All of you might know that real tangible progress takes a while, and being able to show you updates regularly it's easier said than done, our team has hence decided to describe our on going work for all of you guys, in order to keep you informed and give you the sence of security, that this game is moving to its goal, we will try to make this updates weekly or every two weeks. For those times in which after the 2 weeks period we are working on the same stuff, we will inform you about it. This is in order for us to at least show a sign of activity, which in most cases was the biggest problem with the Naruto projects that came before us.

Our Programming department is working right now on creating a reasonable approach to Taijutsu, that is choosing how it will be, which keys will be used, how the most basic interaction between 2 players in hand to hand combat will look like. This decisions will ultimately be taken depending on gameplay, possibility of Programming. Many different approaches are being tested right now and so far it looks very promising

On the other side our Modeling department is working on levels in which we can start testing the hand to hand combat, and interaction with the environment as well. 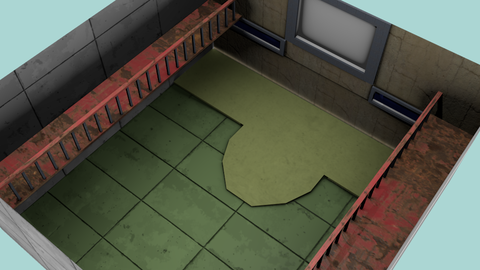 Both are small goals who work through our closest biggest goal, to have a playable AND enjoyable alpha game for you guys, with combat, jutsus and decent gameplay, not simply a playable alpha game which gets you bored after 10 mins of playing cause there is no gameplay focus.

I hope you are all doing well and stay tuned!

Indie
Tags
Embed Buttons
Link to The Will of Fire by selecting a button and using the embed code provided more...