A Storm is brewing in the North Sea... With Odin by your side, sail your Viking Longships, explore the world, hear the blades slashing through skulls. Trade and acquire treasures to strengthen your heathen army, and discover the great mystery of the North Sea.

Be prepared for a perilous journey on the sea. Optimize your supplies and ship loadouts to survive through storms, icebergs, and reefs. Keep your mind and weapons sharp to take on ravenous pirates at any time. Sail with a careful plan and a bit of luck, new lands full of fortune and adventure await.

Embrace the high risk, higher reward trading system. As you discover new settlements in different countries, learn each market’s unique supply and demand. Build the most efficient trading route, avoiding major hazards and food shortages on the sea to make sure you and your goods arrive in one piece. Take settlements under your reign and develop for sustainable fortune.

Design your fleet units wisely for each trip. Upgrade cargo vessels with larger storage space and faster sails. Fortify your battleships with powerful ballistic and armors to protect your cargo. Recruit fearless warriors to ravage anyone in your way.

Intense naval combat requires you to fight smartly. Experience an innovative combination of artillery firing at the range and detailed boarding action. Fire repeatedly at a distance to weaken the enemy, then chase them down, ram them hard, grapple, and board to annihilate them all and loot rare trading stocks.

Get Social, Discover the Uncharted

As you grow your notoriety/fame, you will draw plenty of attention from kingdoms' rulers. Take on their exclusive missions for lucrative rewards. Interact with bartender girls during your off time. Be generous on your tip, and they may share some rumors that eventually lead you to unprecedented ancient treasures.

Customize Your Own Viking Chief

Classic RPG elements are infused into the game. Attribute unique skill points, loot legendary medieval weapons, and equipment along the way to becoming the most notorious Viking Chieftain of Europe.

Follow the main storyline and side quests that lead you to become the most powerful Viking leader. Interact with numerous NPCs and complete their request to gain trust and new opportunities. The none-liner storytelling brings you the maximum freedom and a vivid medieval world.

Hello everyone, we are ready to show you our roadmap!

So far, that's what in our plans, but it may have some minor changes or additions in the future. 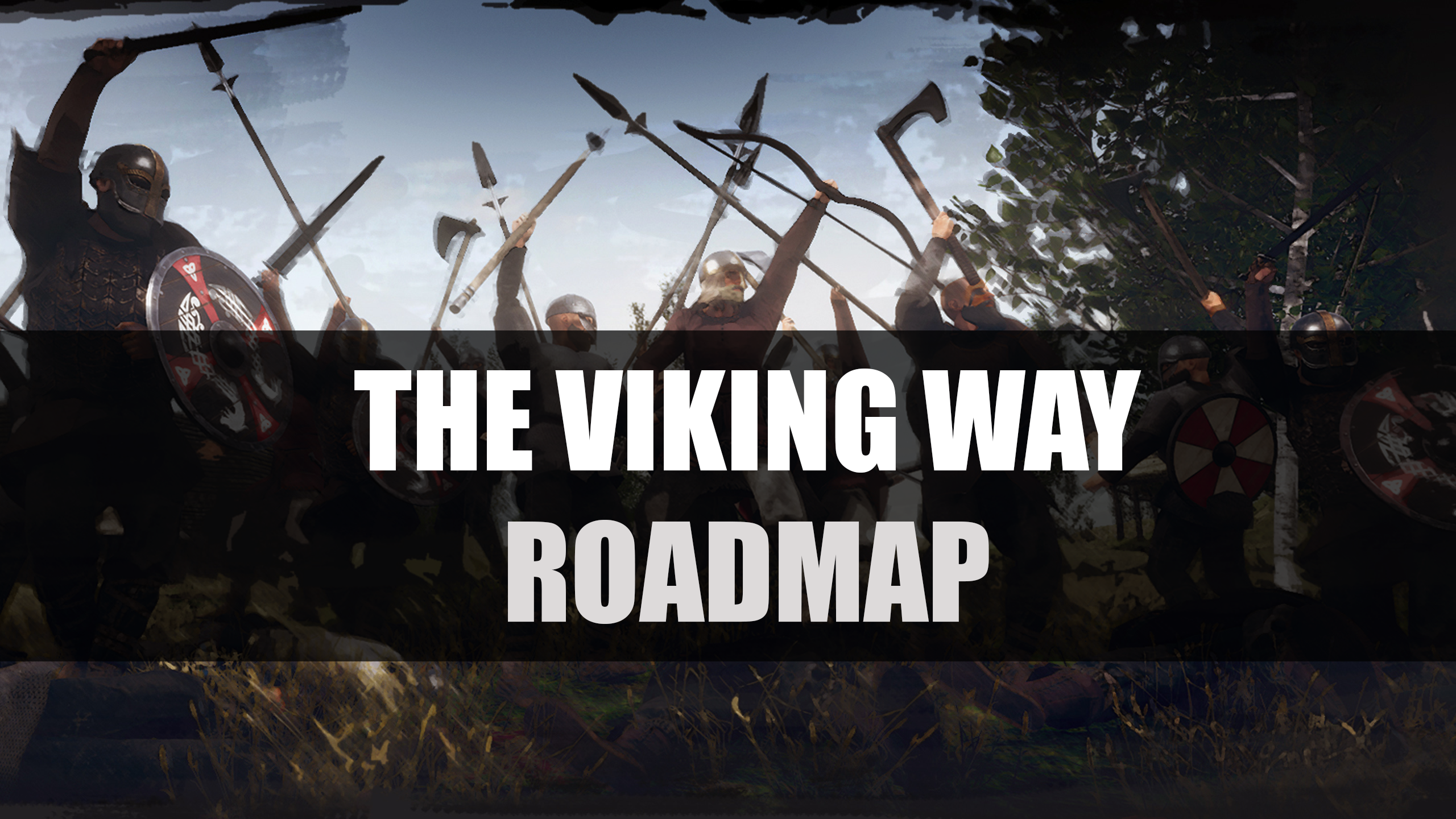 -Deeper town management system, ability to build in your own towns to improve its economy, available goods, and troops.

-Improve the troop tree and add more differences between troops.

-Sandbox mode with the ability to customize your own Viking hero.

-Travel along the river systems to reach inland places such as Kiev.

-More things to do in a town, village, and monastery, such as arena matches.

-More factions such as the Pechenegs and the Eastern Roman Empire.

-Skirmish battles on the field.

-More quests and stories, including side quests.

-More variety of weapons, armors, helmets, and other items.

-More variety of ships to buy, including the Mediterranean ships and Moorish ships.

-Ocean events such as storms that can damage your ships.

Let us know what you will be waiting for the most!

Go to the STEAM PAGE

Jump On The Viking Journey Now With 20% Off!

Set the sails, gather your army, and prepare for the greatest Viking journey!

The Viking Way Early Access Gameplay Trailer is out!

It is an interesting game.
Will it be mount and blade style?
Will you have translation into other languages like Spanish?

Thanks!
It will have some similar features due to the genre, but the feeling and implementation of it are different.

We do plan to add more languages once we are in Early Access :)

I'm definitely keeping track of this one. Looks promising.

Glad to hear that!