Submitting the Subject to Dreamhack, working on the monster in zbrush, and tutorial fixes and improvements in Unity!

Posted by DarkStoneDigital on Sep 18th, 2018

The Subject - Weekly Roundup 9/18Welcome to the first of the weekly roundups for The Subject! I want to set aside some time each week to give a bit of a summary of the work I've done.

I have spent a good deal of time the past week working on bug fixes and improvements to the tutorial so when I submit a build to dreamhack, it's as polished as I can get it. I still have until the 28th to get things really gussied up but I'd rather get things out sooner than later so I am not pushing the envelope.

Dreamhack is in Atlanta from Nov. 16 to 18 and if they choose my game, it means I will get a free booth in the indie playground for the entire event which is pretty awesome. Obviously, I will post here and other places if I end up going there.

I have finally gotten to get some work done on the monster. I've finished the high-poly in zbrush and did a first pass of texturing there.

The next step is to make a game-res version to bring into Substance, animate, and port to the Unity engine.

Once the monster is in Unity, I can start re-building the AI for it and get a much better experience with the monster.
Below the textured verson, you can see the original sculpting sketch done in Zbrush last week. 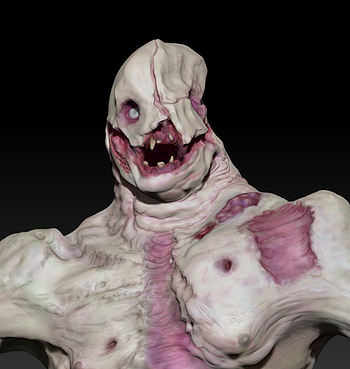 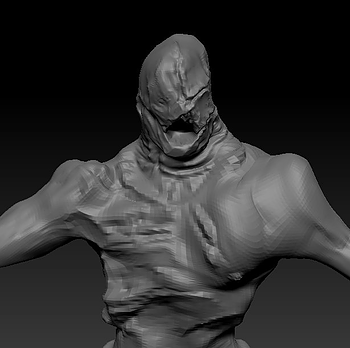 Along with the other tutorial work, I did a little bit of polish in Unity on the title screen and the intro sequence itself. Obviously far from done as Unity's base UI elements are there still but it's looking better! 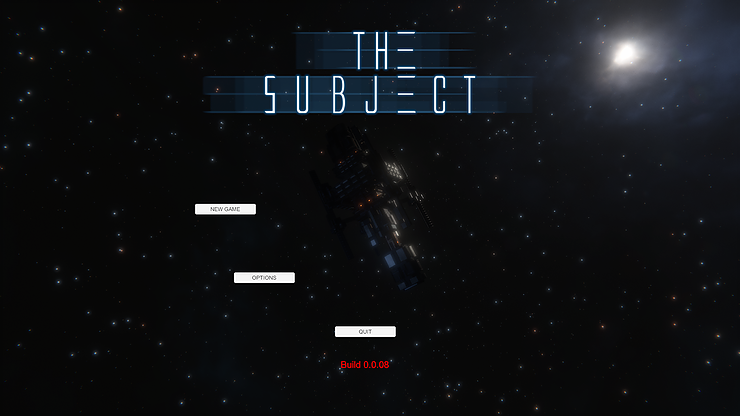 The new WIP title page for The Subject in UnityMore to come next week! Thanks for reading and I hope to see you during the streams on Mixer or Twitch!