The Procession to Calvary

Sing for sailors, conspire with cardinals and outplay the local organist as you continue your hapless quest for absolution. The Procession to Calvary is a sequel to the critically acclaimed 'point-and-click Renaissance masterpiece', Four Last Things. It's an adventure game made from Renaissance-era paintings and public domain recordings of classical music that strives to be intelligent and ridiculous in equal measure. It's kind of like if Monkey Island 2 had been made in 17th century Florence by a time travelling Terry Gilliam wannabe.

The Procession to Calvary Updated Trailer, Screenshots and Steam Page

Huzzah! The holy war is over! Your oppressors have been vanquished, the churches of the Old God lay in ruin and thousands of innocent people have been murdered! But it's not all good news; the tyrant Heavenly Peter has escaped your clutches, and you have been tasked with the mission of finding him...

Your journey will take you through a richly detailed landscape built from hundreds of different Renaissance paintings. You will steal a ship, feed a donkey, compete in a talent contest, assist an inept street magician, sing, dance, play the (magic?) flute, poke a man's face, hunt for treasure and have a chat with Our Lord God Almighty... But will you find Heavenly Peter? And if you do, how will you take your revenge!? 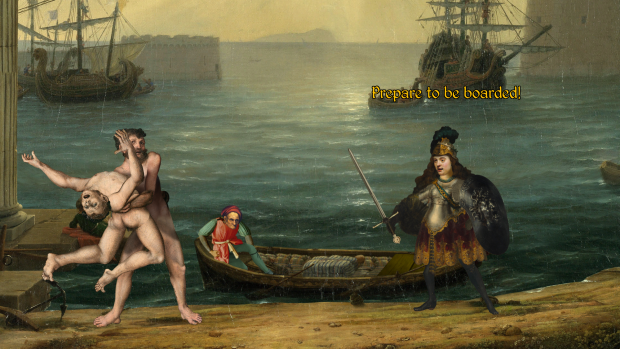 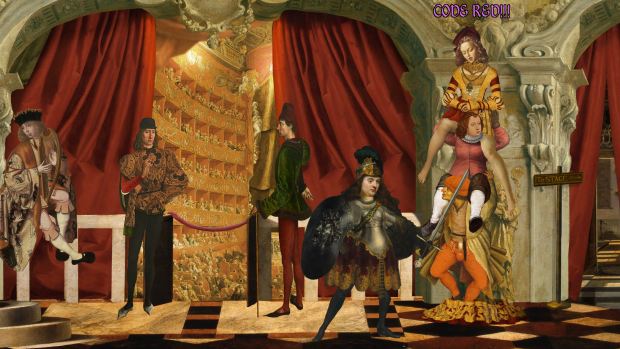 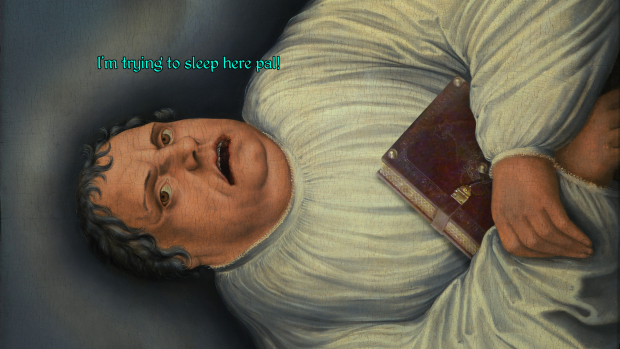 Don't forget to check out the new Steam page and add The Procession to Calvary to your wishlist!

The Procession to Calvary is now on Kickstarter

Point and click Renaissance masterpiece The Procession to Calvary is now live on Kickstarter!

Ken Follett's The Pillars of the Earth Point and Click