Features of the Techblox will include:

• Build vehicles and machines by snapping blocks and parts together using realistic materials with individual physical properties
• WEAPONS! A selection of weapon types which you can place on your machines.
• Additional machine types planned for the future which include robots, tanks, planes and more
• Online Multiplayer with persistent servers.
• Highly accurate server side physics
• Drive and operate your creations within the most powerful part building physics sandboxes on the planet*
• Smash It! A high-fidelity part-by-part and block-by-block destruction system will give incredibly satisfying damage and destruction as you have fun with your creations.
• AAA rendering with the latest HDRP Unity rendering pipeline, with physical lighting, photorealistic materials, and powerful atmospherics, and special effects
• Decal your vehicles and machines by placing, rotating, and scaling as many as hundreds of stickers on a single creation to add that finishing touch
• Build a vehicle with friends or independently build competing vehicles to race against each other
• Share and download, Blueprints, and even Worlds (including their gameplay) with the community, and download those made by others

Techblox is our machine-building physics game, you can create an assortment of machines and vehicles entirely out of blocks and then bring them to life in online multiplayer! You can download it for free at Techblox.com

We’ve just released a huge update which includes the new Tech Pass progression system as well as tons of new content and features and some great QoL improvements too.

This update also includes a FREE GIVEAWAY of the Supercharged Wheels Pass as a thank you for all your support so far in the early stages of the development of Techblox. Read below for more info. 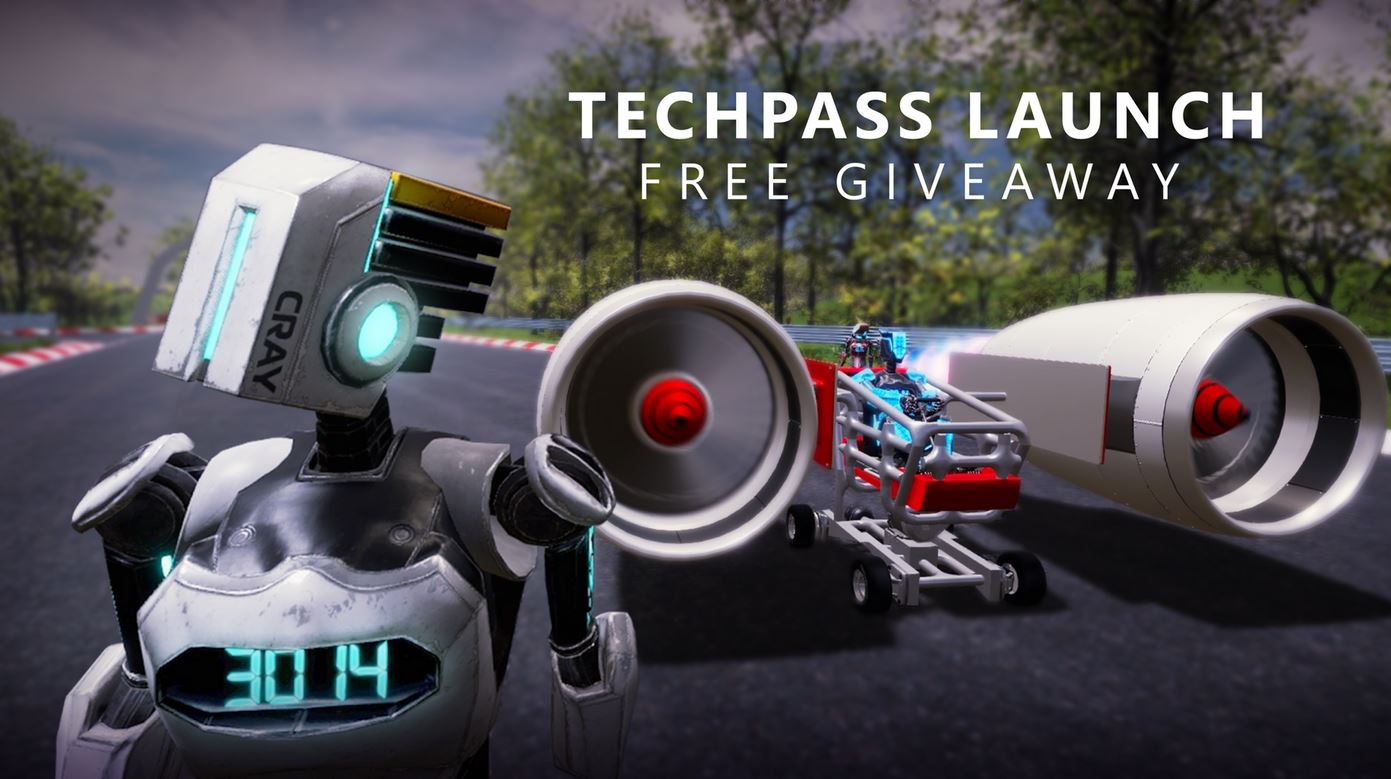 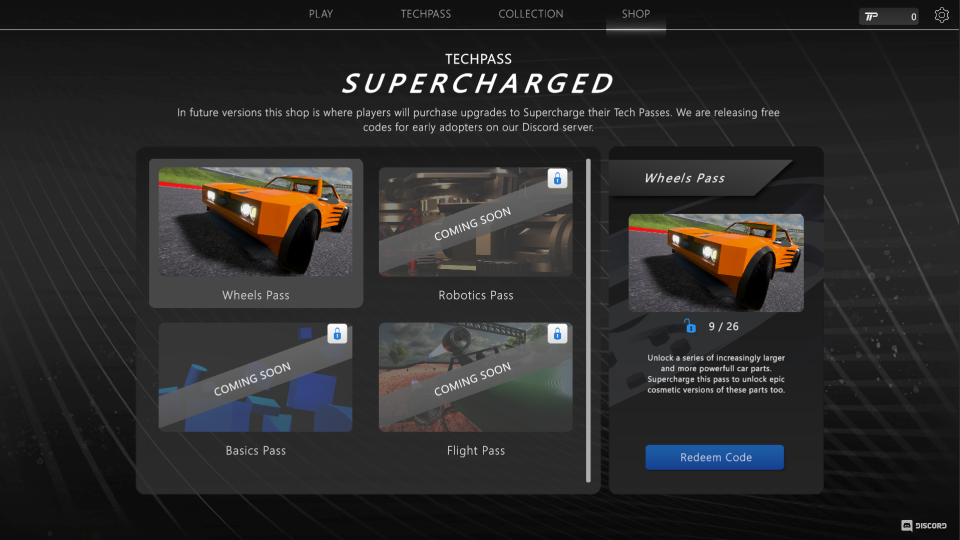 As you earn Tech Points you can choose which Tech Pass to spend them on to progress through a specific area of Tech and unlock a specific group of content. You spend Tech Points by clicking on the large round TP button in the top right corner of the Tech Pass Progression Screen 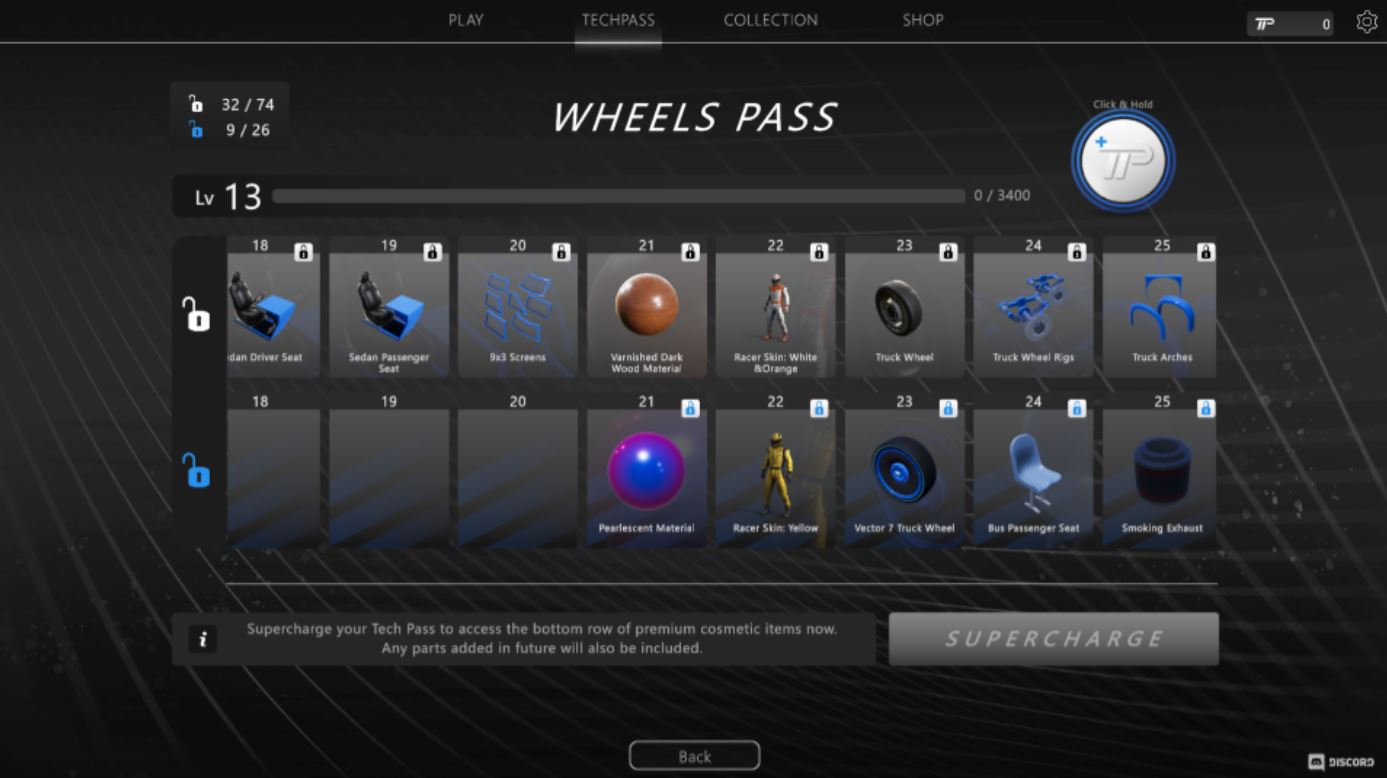 Each Tech Pass contains blocks, materials and characters to unlock and in future we intend to add other elements such as Emotes and Decals. We will also add more Tech Passes to the game, e.g. Battle Pass.

You unlock Techpoints by playing games online with others online. Your position online determines the amount of Tech Points that you will earn.

Some of the Tech Passes are shorter in length with less levels, and we intend to expand them over time, for example in the Flight Tech Pass we intend to add more content related to flying such as Wings, Flaps, Rotors, etc.

In the future users will need to pay for the Supercharge Passes with real money but for now we have implemented a code entry system to allow existing community members who have been supporting Techblox in its early development to get the Premium Row of the Wheels Tech Pass for free.

Once users purchase [or use a code to get] the Premium row of a Tech Pass they will also get all future content added to that Tech Pass.

Here is a time limited code so you can unlock the Wheels Supercharge Pass (Code expires 6th of May at 23:59 UTC+1):

This update includes a number of character skins that can be unlocked, including skins from our previous game, Robocraft 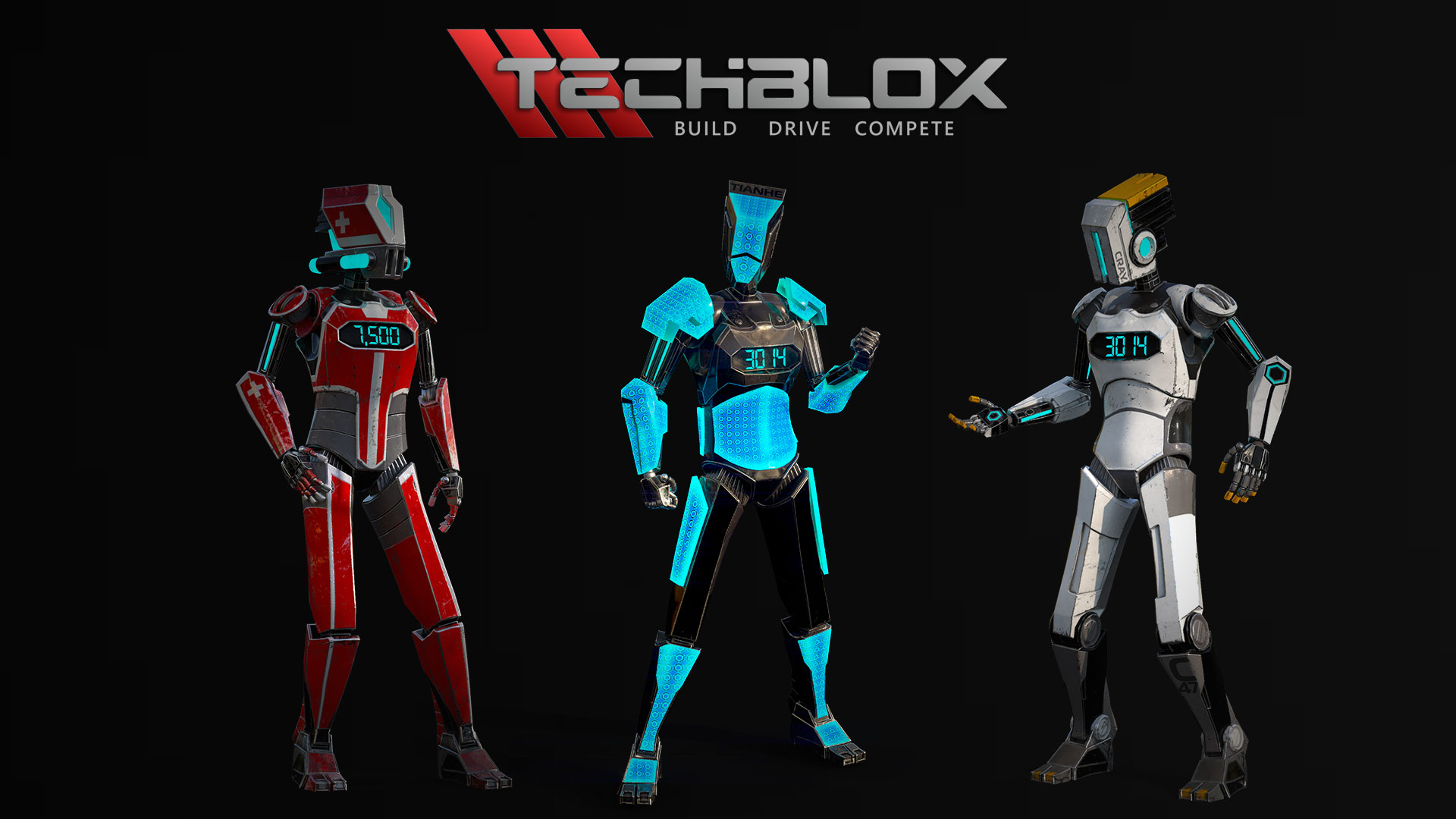 We also have a few other cosmetic parts like glitter painting and even exhausts which emit a fire visual effect. 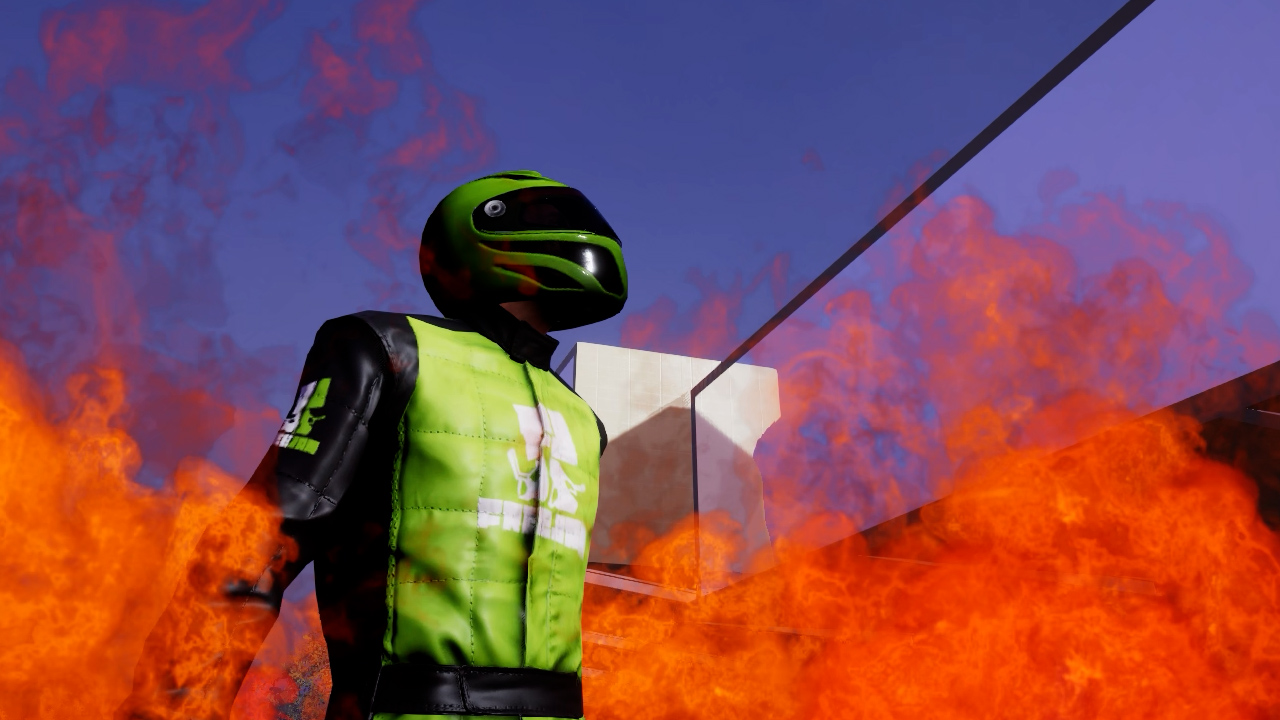 We just released a new update that adds jets and support for up to 16 players online. Download it free now!

Hello Everyone, Techblox has recently launched a really exciting update which cements one of the core foundations of the game, Online! You can download...

Multiplayer is coming soon! We have a few new blocks to share as well as a new Go Kart track and respawn system!

Online multiplayer name system, a mockup respawn effect and a look at a Go-Kart track built out of blocks.

Techblox is a Free to Play vehicle and machine building sim for PC. Currently in Pre-Pre-Pre-Pre-Alpha and will become one of the worlds most powerful...