--Are you the great leader people follow behind or the mighty warrior enemies cower in fear?--

Form a band from peasants and best strongest mythical creatures. Command highly trained armies and conquer the whole continent. Become the Dragon King and Save the world... Or destroy it!

You are the 12th Dragon Warrior. Came from a thousand years old ancestry that used to protect the world from the evil. But the world is not a place of light anymore. They have forgotten the cursed creatures once inhabited the land. Humans, elves and the others pillage each other while monsters creep from the depths. An old enemy is coming. An enemy who does not die by the mortal hands. They will need the Dragon warrior. Will you be there?

Swords and Dragons is an open-world fantasy roleplaying game with random generation. As a player, you will choose sides, battle various monsters and armies, face world destroying catastrophes and will become the ultimate weapon of destruction or creation. The world will be unique to you and will react to your deeds and the world's state. Helping someone will harm another. A minor battle in the edge of the world could change the fate of a nation. Be as a mercenary, be as a lord of a castle, the world will constantly change.

-Hello! This is Belaniax and Wolderado. We will talk about the new, first playable prototype version of the game. Keep in mind this is a very simple version of the game and it is not very balanced or bugfree but we did as we could and you can probably play the game without much interruption.

-This is the first version of the game. "Version 0.1.0". We have a select number of features available to understand the concept. Even though there isn't much to do right now, the game will become more lively in the future version by adding new things to do and filling the gaps.

- The World Map is probably where you'll spend your time mostly in the future. For now, you can interact with cities(friendly ones) observe or attack moving armies and bandits. 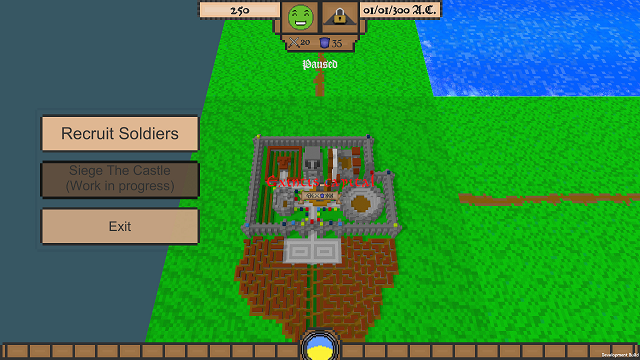 - The game provides some soldiers and money at the start but it will last only one battle. You need to go to the nearest castle and replenish some army from the recruitment menu. Every friendly castle has different trainers and it will replenish itself with time.(could take an in-game day time) 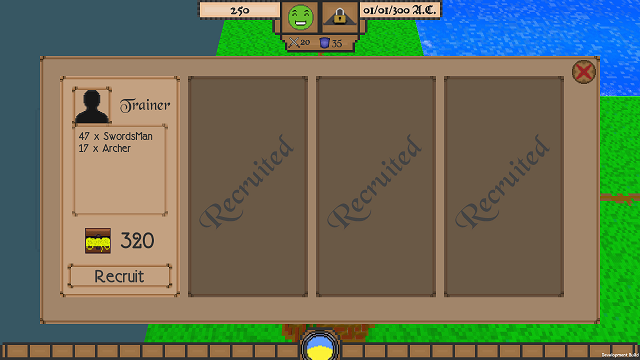 - The first design was too simple for a game where you kill enormous creatures and in a field of the battlefield. We needed a new system where you can both fight against numerous armies and strong one vs one duel. So we designed Combo based Combat. CBC for short. In this system, every weapon has a combo counter where every attack in a row increases damage/speed and a strong extra attack with last. Plus every combo attack has a different range. Slashes mostly attack at short reach but thrust has a longer, slimmer, reach. When the new weapons come, there will be different length combos and different effects( ability to hit multiple people, gain stamina in the last attack etc.)

- Currently, the game has three defense systems. One of them is parry. When you're not attacking anyone, your character blocks the next attack automatically. It costs more stamina as the blocked damage increases. We tried something new with this system. Give us your feedback on how it works! Next defense system is a dodge. This is a manual action and you can use it to gain brief invulnerability and dash in the direction of your choice. If you use dodge often it stamina cost increases exponentially. Last defense mechanism is your shield. It's a great way to defend against most attack types. It can block arrows and also use less stamina than parry. The drawback is it occupies one of your hand and you can't attack while your shield is up. Equipping a shield will be optional in later versions. 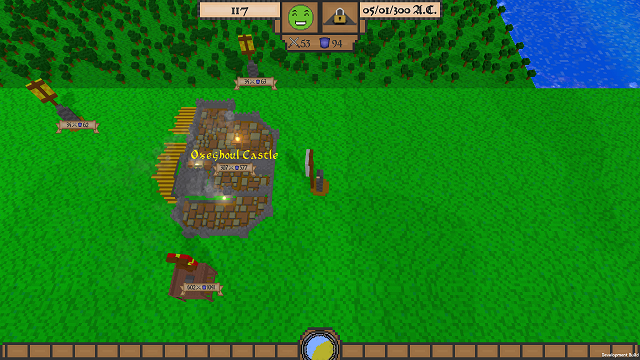 - There are 5 nations in the land. They have a long history with each other. In this version, they will be in war all the time. They gain resources and use them to recruit soldiers. Then they will use their armies to attack and defend their castles. In the current version can see patrols roaming around the castles, supply armies marching to fortify castles and huge siege armies trying to siege strategically important castles. Although capitals can be captured too which causes the nation to collapse. Bandits patrol around villages to pillage naive groups. Deserters of war that escaped from their demise can be found around previous battle sites. All of this is happening around you and you can interfere with it. 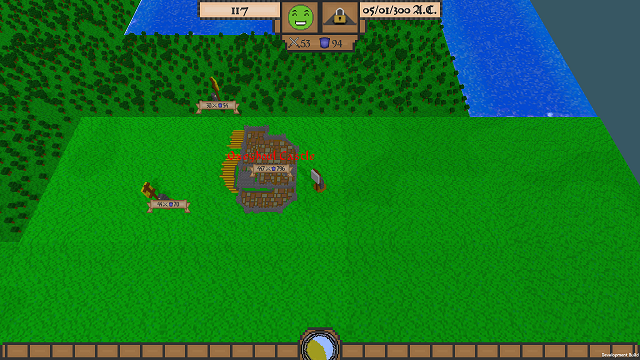 This is the First of many, there will be many more updates and changes in the future. Shaping and improving the future of the game.

Nations Of The Land

S&D Story; Natives of the land

Let's take a look at the playable races, and their Traits, cultures, and weaknesses briefly.

We'd like to show you our new combat system with awesome in game footages!

We talked about how do we generate a fantasy world map for Swords & Dungeons.

100 vs 100 battle scene demo. Basic gameplay for the alpha version

Very entertaining and fun, if you are looking for a game to spend your free time here you have one.

Thanks! You can join our discord server to follow our progress

A blocky Mount & Blade? Count me in!

The Chronicles of Nyanya Role Playing