Super Crate Box is coming to bring back the glory of the golden arcade age, when all that really mattered was getting on that high score list. Grab your baseball cap and loosen your pants, it's time to fight endless hordes of enemies and collect every weapon crate you can. Prepare for an arcade delight with interesting, refreshing game mechanics, cracking retro art and a terribly hip chiptune soundtrack.

The Independent Games Festival (IGF) has announced the Main Competition finalists for the thirteenth annual presentation of its awards, celebrating the brightest and most influential creations to come out of the independent video game development community in the past year. All of the IGF finalists will be playable on the Expo show floor at the historic 25th Game Developers Conference (GDC), to be held at San Francisco's Moscone Center February 28-March 4, 2011. In addition, nearly $50,000 of prizes in various categories, including the $20,000 Seumas McNally Grand Prize will be awarded to these games at the Independent Games Festival Awards on the evening of March 2 immediately preceding the acclaimed Game Developers Choice Awards.

In addition, with the integration of the Best Mobile Game award into the IGF Main Competition, there was stiff competition across all categories from games on platforms including iPhone, Android, iPad and beyond, with Best Mobile Game finalists including Ratloop's unique 'line of sight' puzzler Helsing's Fire and former IGF Grand Prize winner Erik Svedang's 'minimalistic dueling game' for iPad Shot Shot Shoot, as well as Mikengreg's popular App Store title Solipskier.

The full list of finalists for the 2011 Independent Games Festival, with jury-picked 'honorable mentions' to those top-quality games that didn't quite make it to finalist status, is as follows: 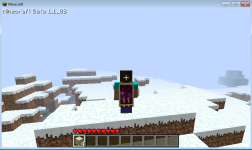 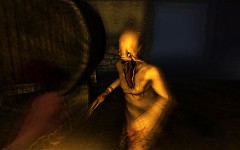 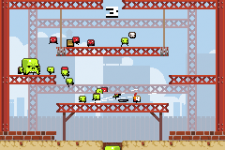 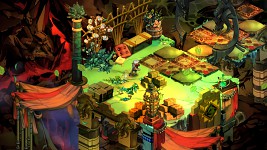 Finalists for another key category of the 2011 Independent Games Festival, the Nuovo Award-designed to honor abstract, shortform, and unconventional game development which advances the medium and the way we think about games - were revealed separately on December 22nd. The eight striking contenders - Monobanda's Bohm, Cardboard Computer's A House In California, Messhof's Nidhogg, Stout Games' Dinner Date, Nicolai Troshinsky's Loop Raccord, Peter Brinson and Kurosh ValaNejad's The Cat and the Coup, Copenhagen Game Collective's Brutally Unfair Tactics Totally OK Now (B.U.T.T.O.N.) and Demruth's Hazard: The Journey Of Life - will compete for a specially-increased $5,000 prize to be given out during the IGF ceremony, and these games will also be present on the GDC expo floor in a special section of the IGF Pavilion. All 2011 Independent Games Festival finalists for both the Main Competition and the Nuovo Award will be awarded passes to GDC 2011 in San Francisco this March, where they will attend the 2011 Independent Games Summit featuring two days of lectures and presentations from leading indie game developers.

This year's IGF entries were distributed to more than 150 notable industry judges for evaluation, and their highest recommendations passed on to a set of elite discipline-specific juries for each award, who debated and voted on their favorites. Each of the individual juries has released a jury statement on IGF.com featuring select debate excerpts explaining their game choices.

"From scrappy single person start-ups to more robust indies, and from surprising debuts to surprise successes, this year's finalist line-up is a perfect showcase of the breadth and diversity of what it means to be 'independent'," said IGF Chairman Brandon Boyer. "I'm excited to see all the developers represented gaining more recognition from a wider audience for what they've worked so hard to create, as the importance of the independent games community grows even further."

The Independent Games Festival was established in 1998 by UBM TechWeb's Game Network to encourage the rise of independent game development and to recognize the best independent game titles, in the same way that the Sundance Film Festival honors the independent film community. Organizers would like to thank sponsors including Crytek (platinum), Microsoft (gold), GameTree.TV/Transgaming (platform), DigiPen (student platinum), ENJMIN (student gold), plus Direct2Drive (official download partner), who will be presenting finalists for its D2D Vision Award in the near future. IGF Student Showcase award winners, contending for the Best Student Game award at the Festival, will be announced during the week of January 10th, and voting for an IGF Audience Award from participating titles will kick off in late January.

Version 1.02 of Super Crate Box has been released and should fix problems with the arrow keys not working. On top of that, it should fix some of the errors...

A Year in Review - Quarter Four

Version 1.02 of Super Crate Box. Super Crate Box is coming to bring back the glory of the golden arcade age, when all that really mattered was getting...

Very fun game, with a small problem - it's good as a standalone free game, it has it's own website, and on steam it's also free, so the question is -

Why bother yourself and release it on steam if:

-No steam achievements
-No steam cards
-No multi with steam friends

Sooo why? The game itself is cool, fun and addictive no doubts.

Well, what are you waiting for?! Start shooting and collecting crates! Crates are score!! Why do we need crates? For guns! Why do we need guns? To shoot monsters! Why are there monsters? Uhh... well, there are some excellent theories... Super Crate Box boasts very addictive gameplay, especially the unlocks! Played this game WAY longer than I thought I would, would definitely recommend giving it a try!

Just downloaded this, instantly love it.

This game is so damn awesome, if someone who hasn't played it yet is reading this - DOWNLOAD the game, you won't regret it!

So I took this game to school and dropped it in the school's shared folder on its server, within three days every guy I knew had a copy of it and was challenging each other for high scores.

I was playing while running WeGame, and I got my highest score - wegame slows down the framerate to make this game actually quite easy..

This game is so awesome.

This game is awesome, I cant get past the second level though :P

it looks like it is made with the smw engine, doesnt it?