Rats - Time is running out! 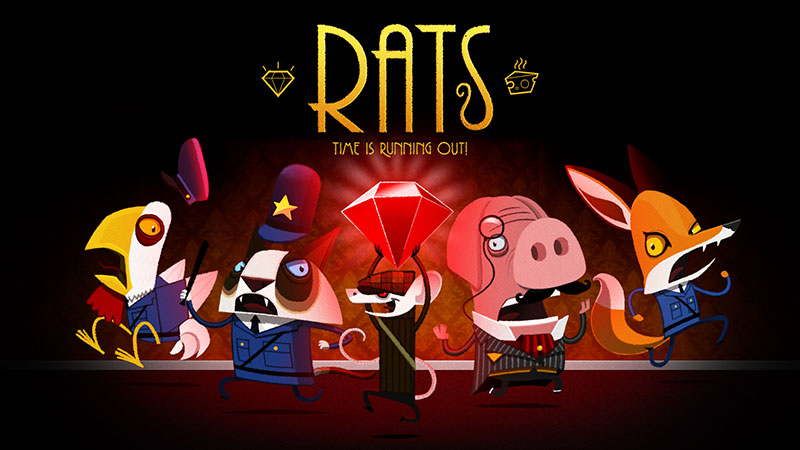 Pressed for time?! Same for this rat, but he can manipulate it!

Join RedEyes the Rat at the home stretch of his life. Sneak into the bank, steal the diamond, evade the guards . . . and then get out! But most of all, be clever, trick time, and take back what’s ours from the Pigs who control all the banks in Swine Island City.

Run through labyrinth-like banks, uncover secret rooms, solve puzzles, discover blueprints to unlock powerful tools, control time, run from guards -- and if you’re lucky, open the vault, grab the diamond . . . and get out before time runs out!

Citizen of Swine Island City: It’s to take back what’s ours from the dirty, rotten, scoundrel Pigs who have ruled us for far too long! Snatch their diamonds, loot their coins to your heart’s content -- all the while eating the finest and most powerful cheeses known to the animal kingdom! It won't be easy, folks; although they may look adorable and huggable, the guards are relentless and will stop at nothing to take you down. Stay focused, be clever -- and most of all, keep your eye on the clock!

Rats - Time is running out! released on OS X!

We are thrilled to announce that we have finally made it to Mac (OS X 10.7+)! This is huge for us because it is a stepping stone to bring the game onto Linux and ultimately mobile devices which is where, we feel, that Rats - Time is running out! will shine.

For all the mac lovers out there, you can obtain a copy of the mac version right here on steam, we also feel comfortable at this point to announce as well that the IOS version should be available in Q1 2016.

Finally, We have been invited to attend the TAIPEI Game Show(Indie Game Festa) which is in itself just great! We are looking forward to present a first prototype of Rats - Time is running out! on IOS and hopefully shake hands with a distributer in the Asian market.

Until then, bests wishes to everyone! 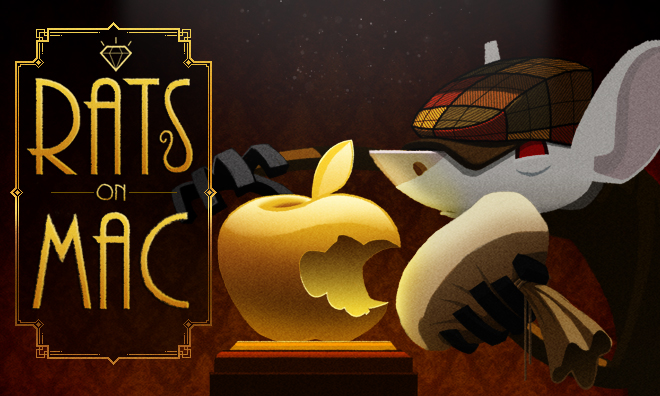 We are thrilled to announce that we have finally made it to MAC & we will launch next MONDAY the 21st December.

Rats Time is running out on Steam

It's official Rats Time is running out is on Steam on sale at 20% off.

Rats Time is running out! launch on Steam

Rats – Time is running out! is almost done, so does the team.The good news is, we started to feel some hype because we know the game will be released...

Twitter
Tags
Embed Buttons
Link to Rats - Time is running out! by selecting a button and using the embed code provided more...