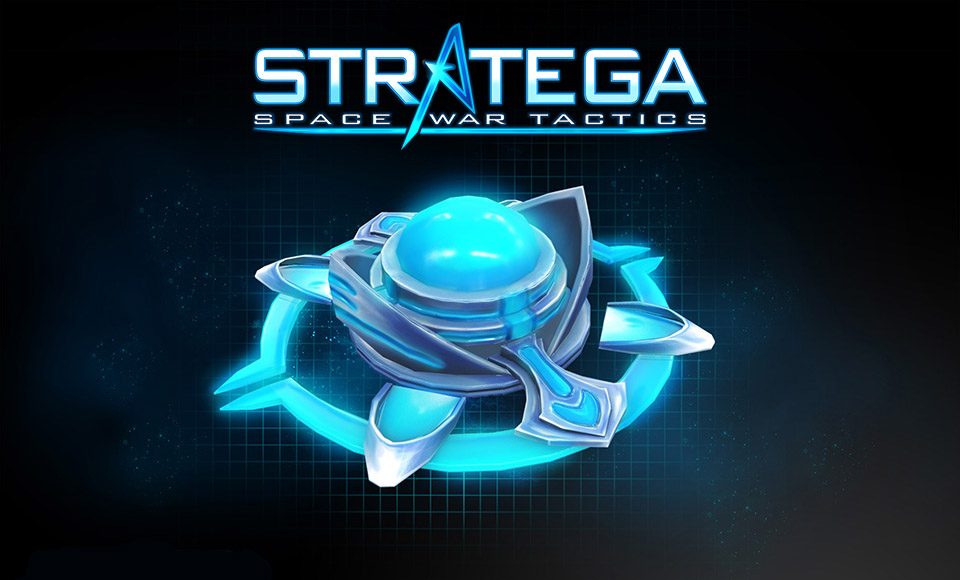 Stratega is a fast paced real time strategy game with a little dosis of Tower Defense. In this game you will have to gather minerals, survive wave of enemies attacks and invade the enemy base.

We aim to deliver a highly competitive, fast-paced multiplayer experience that will keep you hooked with its unique gameplay and the different game modes that you will be able to play against your friends.

You start the game with the CORE, your most important structure. Your CORE has the ability to specialize in two different technologies; Offensive and Defensive. Each technology has certain advantages and disadvantages in battle that will mark the rest of your strategy during the game, once you made a decision, you won't be able to change it.

The Offensive mode of your CORE will let you create and control 3 types of structures (light station, medium station and heavy station) each one of them has two different types of spaceship that you will be able to build.

The Defensive mode of your CORE will let you create 3 types of defensive structures (laser turrets, missile turrets and the powerful photon turret) those structures are very powerful but they won't be able to move to another place once they've been builded.

Enjoy single player campaigns with a lot of different missions, gather resources, survive wave of constant enemies attacks or invade the enemy base.

The survival mode will guarantee a good training for the multiplayer experience and a unlimited gameplay.

A highly competitive multiplayer mode up to 4 players. All vs All, team play 1 vs 2, 1 vs 3, 2 vs 2, with fun and competitive game modes

First of all, lets take a look at the original in-game UI of STRATEGA ( the 2D version of the game, highly inspired on the game Starcraft ). 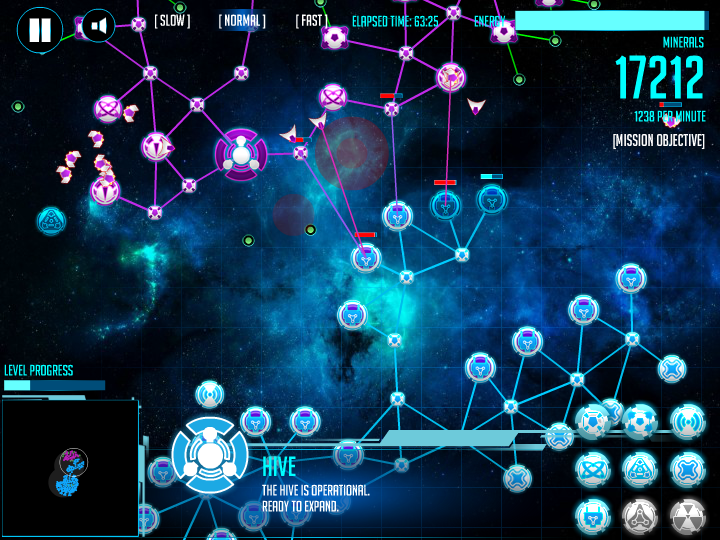 and next, the in-game UI of the MOBILE version of STRATEGA 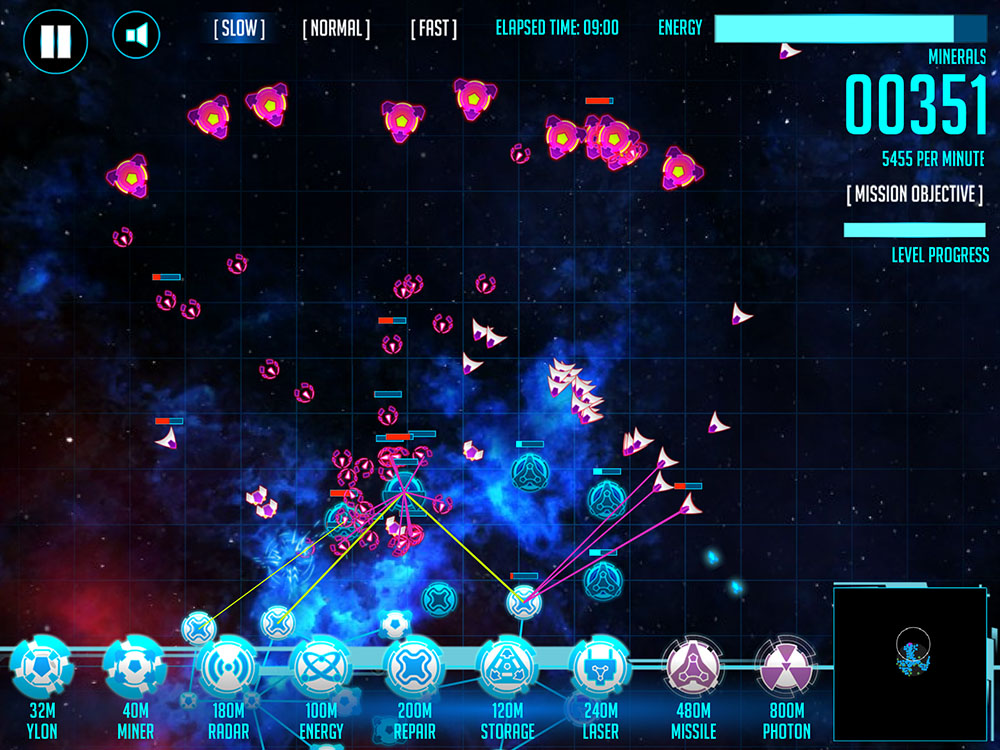 We can see that we have a LOT of info to show on the screen, sometimes that's cool, sometimes its not because it uses spaces of the game. I personally prefer the one that correspond to the mobile version of Stratega, the bad side is that we sacrificed the description of the structures and units and the possibility to do more actions with that structure (like sell or upgrade).

For the new version of Stratega, the following picture was one of the first mockups of the UI. 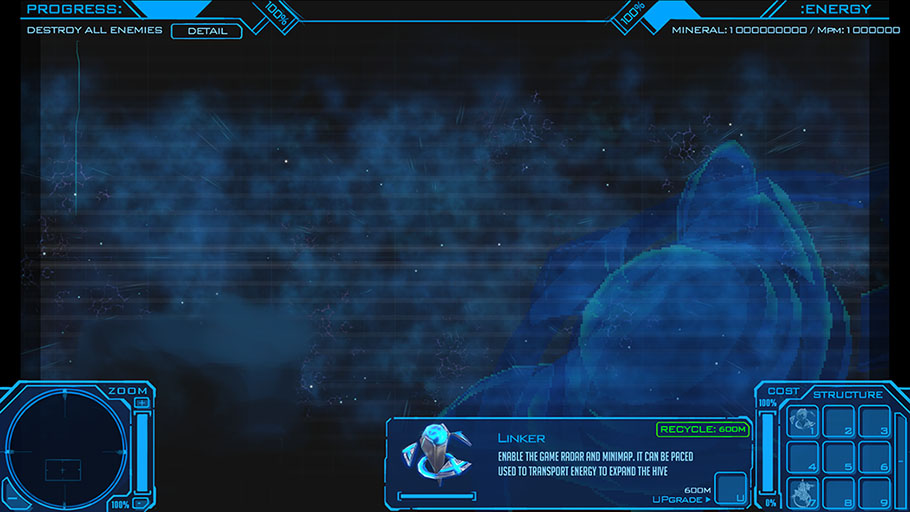 Then we decided to remove the TOP bar because it was using too much unnecessary space and moved that info in the bottom left side of the UI. The radar has also changed significantly and now it looks much clean and friendly... 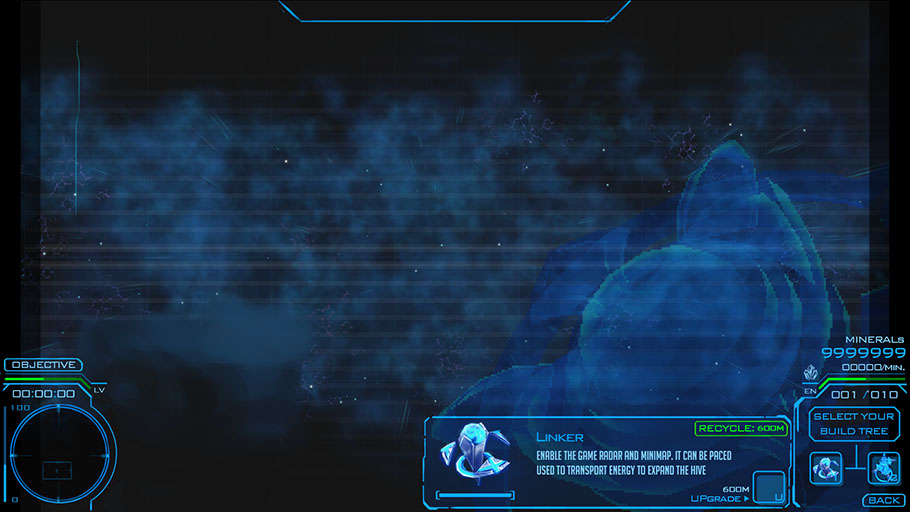 The next step was to improve a little more what we got, we made some lines stronger, we combined the blue of the lines with another brighter one, and we slightly added more colors... finally we got these elements

Then we started to add those elements into the game... We've also changed the font, the font that we were using originally was Bank Gothic (used in Starcraft for example) and the one that you see in the picture below is Orbitron... the only thing that I don't like that much is the slash that have the 0s

And here is part of the in-game UI in action! We still need to add some elements. 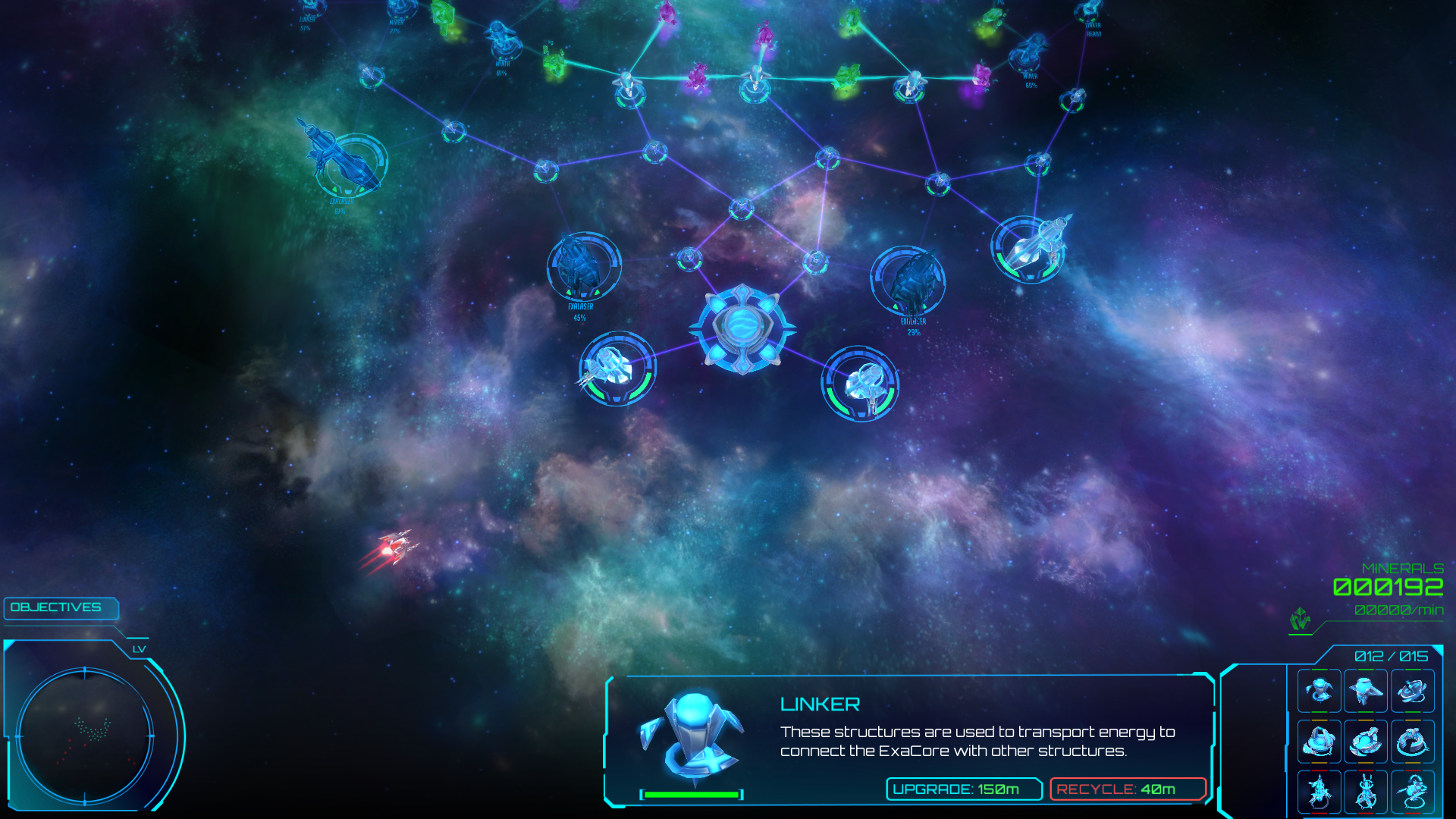 The DESCRIPTION / INFO rectangle will be only visible when you click/select a structure/unit, or you have your mouse over one of the buttons to create a structure... with this behavior the player will have more visible spaces in the game (and I believe that its really critical for this game).

We are closing an amazing week with a lot of new features in our project STRATEGA.

These two are the "light" spaceships that you will have to fight against them (or play with them) in Stratega.

Environment, structures, minerals and much more!

After a long period of silence, we return to the action showing progress of our project STRATEGA!

The final result of the look and feel of the structures in the game are ready.