"Stellar Sphere" is a zero gravity game. But that doesn't mean that physics doesn't play a role in it. On the contrary, physics plays a key role in developing the best score. Let's take a look at the three fundamental elements that are affected by physics, and that each player can configure and model to their preference in the game: the stellar sphere, the starship, and gravity.

So, we have three physics parameters to play with. The first element is that of the sphere. In space there is no friction, so Newton's laws tell us that the sphere would continue its movement forever. In Stellar Sphere a friction amount is added, which is precisely what the player can vary. From minimal friction to very intense friction.

The default value is suitable for most cases, but no doubt each player will experiment with higher or lower values until they find the challenge they want. The good thing about this parameter is that the player can set different game strategies based on the friction that the stellar sphere possesses at each moment. This gives a great variety of possibilities to the player. 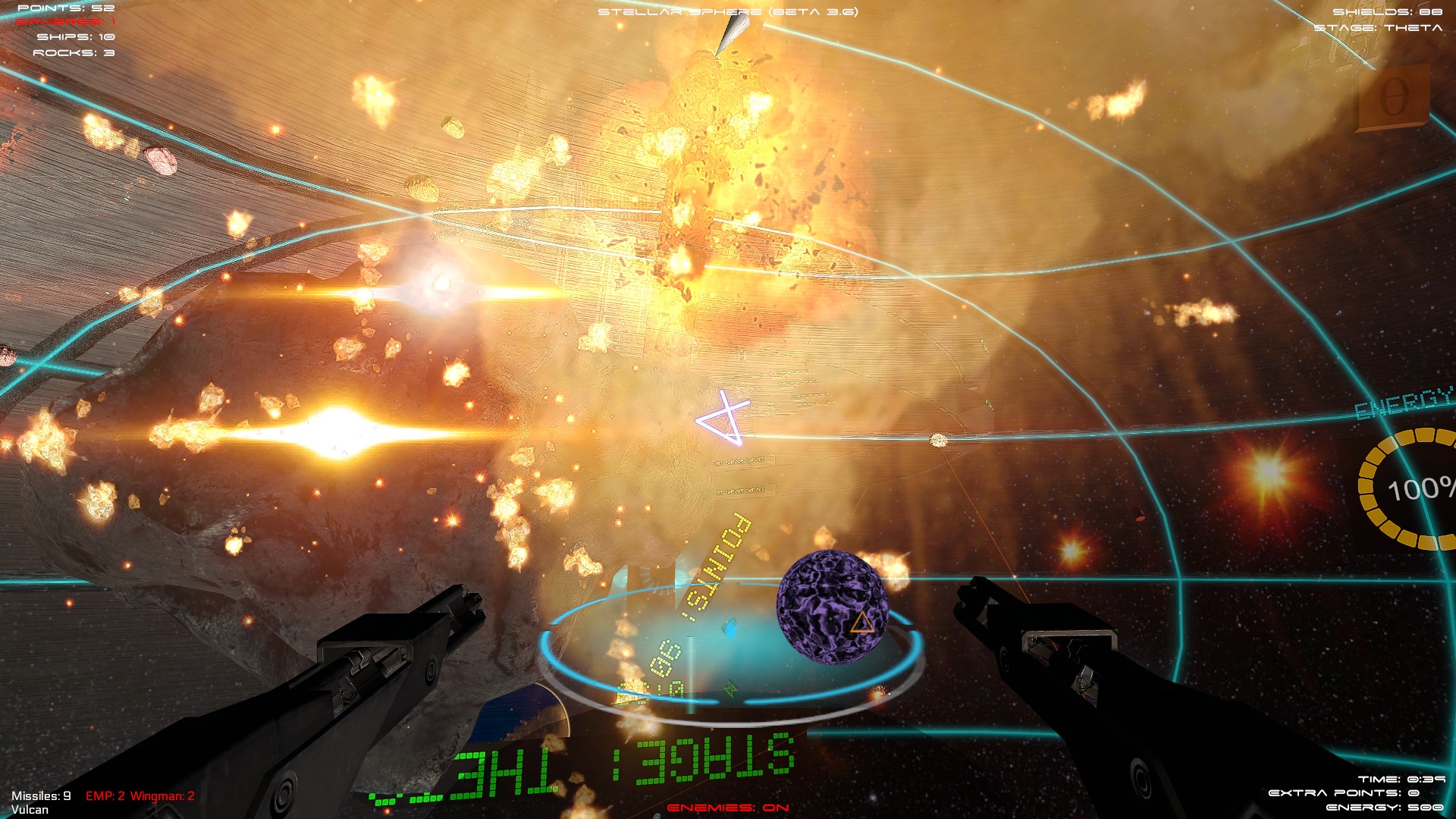 The second element whose physics can be varied is the player's own starship. If realistic physics is activated, the starship will have minimal friction, so every time the player launches the thrusters in one direction, to stop he/she will have to apply thrusters in the opposite direction, just like spacecrafts in space. Some players will already have experienced this in the realistic modes of space-based games.

If the starship is in realistic mode, capturing the sphere and controlling the ship will become a major challenge, which adds an additional difficulty, and hopefully additional fun, for many players. Let no one forget Newton, he is the father of all these ideas. 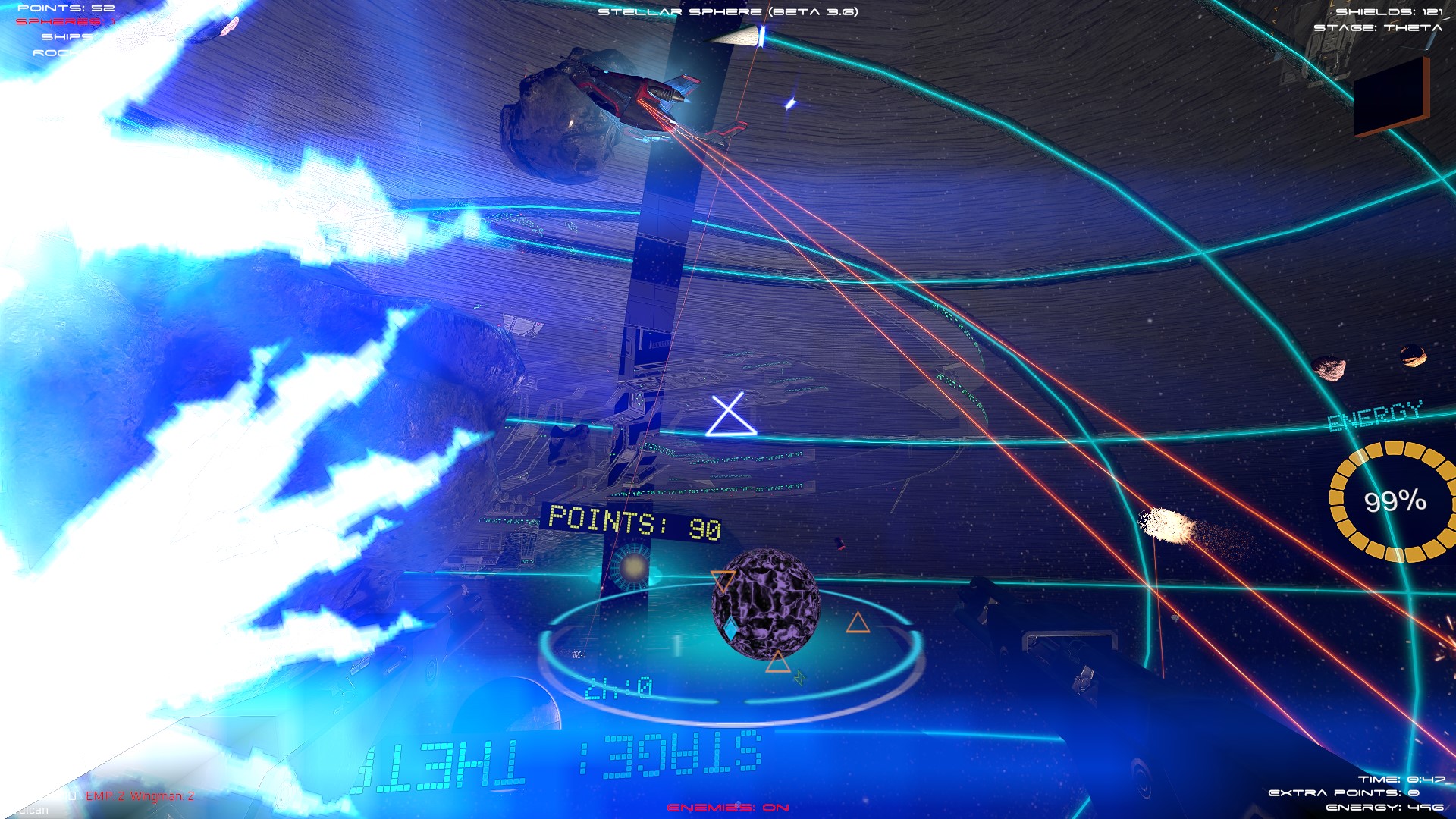 The third element that can be added about physics is gravity. If gravity is active on the stage, the game is no longer a "gravity zero" game, but a game where gravity has an effect while playing. We thought of giving gravity only to terrain areas, but then we thought all areas, land and space, could be affected, and the player will choose the combination of gravity and areas to play with. This way a land area can have no gravity, and an open area can have gravity.

We talk about all this in detail in the video that we have recorded below, with all the information and examples for physics in Stellar Sphere.

Last, but not least: every element dramatically changes the way the game works. But combining the three will be the best to configure the game the way you like it. The most important thing for us is: you have the keys. You choose how to play.

Thank you, and have a nice physics day!