STDP is a strategy & adventure innovative game where the player will have the control of three characters, each one with different powers and skills, and you must combine them strategically to complete the most intriguing challenges in this journey as you search for the restoration of the world’s peace. -Solve intriguing challenges; -Defeat charismatic villains; -Recruit new members for your team; -Evolve your heroes and HQ -Customize the game based on your style; -Create your own levels and puzzles; -Play online with friends; -All this and much more in STDP! We are waiting for you to be part of this adventure. 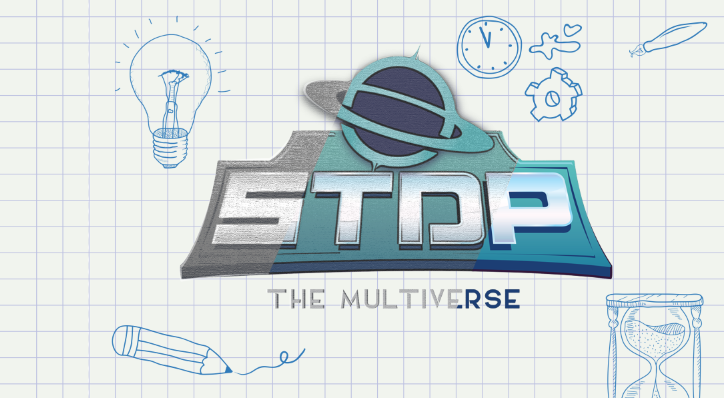 STDP is a strategy & adventure innovative game where the player will have the control of three characters, each one with different powers and skills, and you must combine them strategically to complete the most intriguing challenges in this journey as you search for the restoration of the world’s peace.

We are waiting for you to be part of this adventure.

A mysterious villain known only by the nickname of Time Controller, due to your power to control time discovers that we live in a multiverse and the possibility of opening rifts between them. After a time learning more about the operation, Time Controller just implementing a plan to open the cracks and through mind control master the largest armies that exist in any time period anywhere in the world in any of the universes present in the multiverse.

Meanwhile in the central universe is the HQ of Space Time & Dimensions Protectors (STDP), a team of chosen to defend stability and maintain the harmony of the multiverse as we know it.

Through different scenarios in different eras, such as the fearsome dinosaurs, the dreaded pirates and even futuristic robots, it is for the survivors of STDP finish with the Time Controller plans and save the world from evil empires and armies which blend mythologies, tales, supernatural and true stories.

The game will feature in total with 33 playable characters, where at a time will be chosen by the user, 3 in team selection.At first, only 3 characters in the initial team will be released, the remaining will be shown in the devblog updates

With just the nickname of Professor, no name revealed, he is the leader of team survivor of STPD. Of ancient origin and mysterious past, only what you know to your respect is that before I became a College >!Professor, he had already been an elite warrior in past wars, however, >!was out of necessity, to save your people from certain death, and not by >!choice. It is also known that he not proud of that moment in the past and >!as redemption for what he had to do and the lives he took, he decided to found your STPD team, known as Omega Zero, responsible for the restoration of peace in times of war, teaching students how to put an end to the violence without having to use it.

Has the team attack function.

Its first ability (melee attack) will hit the enemies with the book he carries in his arms.

The second skill (long distance attack) will throw this book at your enemies. 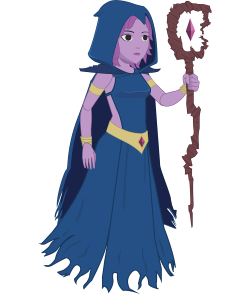 Originally the Galaxy G-402, on a desert planet, destroyed during a witch-hunt, Asile escaped with your family in a clandestine ship a former bounty hunter she knew. In the way of escape, the ship was stopped by a team of intergalactic lookouts of STDP who were behind the bounty hunter. Understanding the reason for the flight, the guards decided to help Asile and your family and in return Asile decided to join the STDP, more specifically for the Omega team Zero, looking to end the ancient war that happens against witches. It is also considered the most loyal of the Organization and is considered indispensable for the team, according to Professor.

Has the team defense function.

Your first skill (defense within walking distance) will conjure up a kind of shield around you. 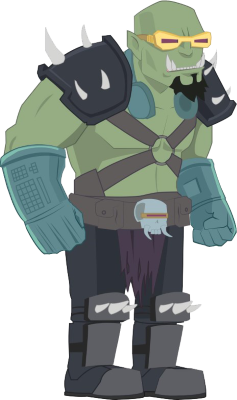 Grawh’s biological son of two leaders of an ancient tribe Orc, respected for being civil and polite. One day, after not having enough money to pay for annual tax, the tribe was attacked by a rival that dominated the continent. Grawh, for being the only son of the leaders and a baby, just having turned slave of the rival tribe, as a kind of trophy, while all other members of your Christmas tribe were murdered. When I was five years old, two scientists from a neighboring Galaxy visited your planet to study and to see the conditions of the young orc, ended up rescuing him and taking him to live with them, on a planet much more evolved and >!Pacific. Grawh ended up studying more about technology and later was accepted as an intern of the cybersecurity of STDP team, where he met and became a friend of the Professor, who convinced him to migrate to the Omega team Zero. The holographic bracelet that loads in your arm was a gift from their adoptive parents after being accepted into the STDP.

Has support function on the team.Its first ability (speed and double jump) will be turned on instantly.The second skill (special actions) will be activated with the bracelet.

As we explained in previous Devblogs, we have several characters that will be unlocked when the player advances in the history mode. Today we will talk...

Enemies is something that couldn’t be missing in the game, right? Today it’s exactly what we are going to present, so get ready to meet some of the...

Hello Adventurer, ready for another devblog? In today’s chapter we will talk about the initial characters of the team and some of their powers.

This week we will do the first Devblog abouth the Scenario and this time we will speak of the Traps and the Visual of our maps. Want to protect yourself...

Take the "P" away and you have "STD" not the best name-choice.

Or STD-Plus! Even greater STDs.

No God for Us Platformer