Fans and People get ready for a New Bleach Game ! A new FREE total conversation from the anime series Bleach! this game is based on bleach with our own story it will have co-op aswell as freeroam fights fight in karakura town or soul society or the darkness of hueco mundo against other shinigamis or hollows! aswell do some sidequests in any place u want or fight the respawned hollows more infos and new moddbpage UPDATE COMING SOON !! be ware! in the meanwhile feel free to check our Partner Project going one based on One Piece called Route to the Great Blue !!

hello everyone as u guys see that the ever speeding SoZ spirits of Zanpakuto's Game development progress has lowerd since there hasnt been any updates shown like one month this is sincearly due to the team loseing one of its main modelers for chars and animators . as u can see this game already has a online multiplayer mode but with very few char and no animations ...

inorder for us to proceed... we need ur help that is an animator ! but this isnt open sourced for any new commers to the dev like if a new animators joined the team because it has already suffred some loses when it was open for all devs hence we leave this up to u guys that is the fan for helping like modeling animation's ect ... if anyone of u guys are interested in an multiplayer bleach game just we need are models and animations :) thank u! for ur support till now...!

and just for u guys while this project is under pause i made a game in the mean time it will be released very shortly with in this month :) since it has animations models already ect ..! 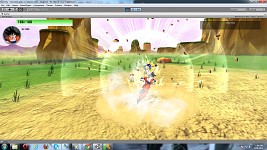 Hello people its the SoZ team today we want to give you guys a statement about our project !

Hi devs,I hope this game is not dead yet but under a big.. pause.I think Zed-u is restarting and I haven't seen any updates nor even a word or a hello\hi words from devs.Sorry but can I request devs to say hi or hello every two or three months in the Zed-u forum?I think you all are working hard but if you don't update or say a word in the forums, people might lose their hope to this game and they will think Zed-u and Soz is dead.
Thank you for reading:)

thanks for your feedback and i have updated some information on our zedu page though! ill try to be more active on moddb from now on.

oh man!! I swear we are never going to get a bleach game. Something always happens

is this project dead? because you haven't updated in like a year....

cool!!! man. so how long is the updating going to take??

There is No official deadLine to this project and it has been under pause and we are focusing the other project of our's for now and again this isnt dead just under a big pause, we might resume it like in 6 or so months.

Indie
Tags
Embed Buttons
Link to Spirits of Zanpakuto by selecting a button and using the embed code provided more...