Z Enters Unity [ZED-U] is a Third-Person Tactical Fighter for Windows operating systems, and is based on the anime "Dragon Ball Z". We're using the anime as a starting point for most of our mechanics and concepts, but we will be diverging from the source material when it is necessary. We're allowing ourselves the creativity to move away from Dragon Ball Z so that we can separate ourselves from many of the other awesome projects making their own indie Dragon Ball Z game. We do however have to borrow a lot of ideas from other previously established games. Although we will be improving upon them and adding what we think should also be apart of those systems.

Its been sometime since we updated our moddb page of any news/updates and that's because a lot of things have happened over the months but we are back(some of us) and we want to share this information, that we have started working on things again although we are far (not too far) from showing any real progress on this page! ill just state that things are moving forward as of now and if anyone wants to join us feel free to contact me here(in moddb - Link) oh its alright if you just a beginner, we are all learners! and we also have a development chat running (if you want to know anything/ask questions related to zed-u etc, you can ask there, again your gonna have to contact me for the link to that), i hope this Post gets everyone informed that the project is back & there is no release date confirmed yet for this but we might post some progress once things are ready. 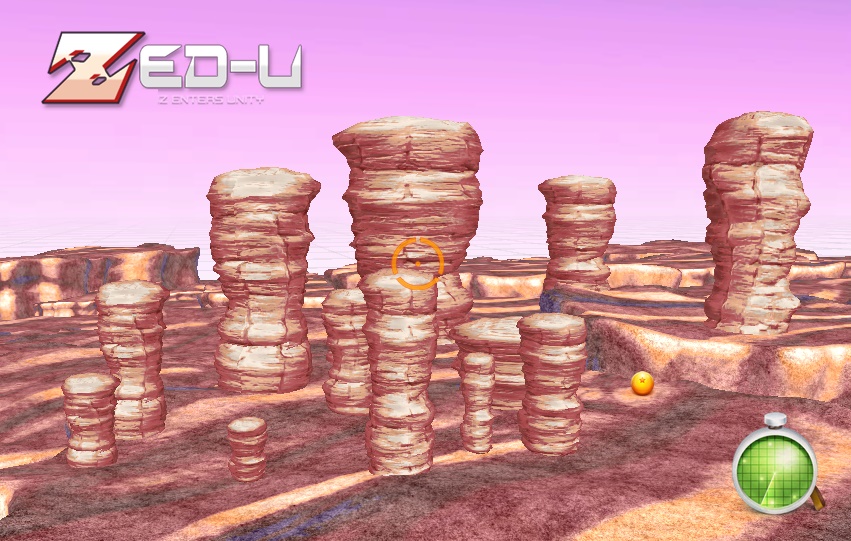 just a small desert scene mock-up above while testing the shaders which is used as this news cover, if anyone is curious we are pursuing the shade's based the anime although we are planning to add other styles for the user to switch between inside an options menu later on.

Next Patch Release Delayed [And more]

Alright people, its Time we established a Public SVN for our Project's prototype release which is still under development and progression due to its untimely...

An information update about the new release of the game; we're updating the game instead of throwing in a broken game

Video feature's : Z enters unity Character Animation Blends By Our Team Member {_Wolf!_} Which are Coming in the Prototype Release of this month's end...

Ah, Dear viewer's as you can see we started to release patch's once again to the public but Not like the previous method's as of like replacing our Pre-Uploaded...

Dear Viewers, we are pleased to announce that this is Our first Multiplayer Pre Concept prototype Build to the public, but on the other hand its an Heavy...

ZED-U-Public_Prealpha_Revision_001 for the public is released!

say have you guys given up on this project

No, we have not progress is being made code wise but not on the Visual/Art side to show off just yet.

all right .by the way is there anyway to join your devs group

Sure, i have messaged you in private here in moddb the details to join.

I take it you are one of few who decided to return to the project. To venture forth and complete what you have started, and to return to where many have abandoned, these are honorable actions. For them, you've garnered my respect. I may not be of much use as of yet, but given time and learning, I aim to become competent in my code and artistic vision. If you should be working on this still when I have become better, I would be honored to work alongside you and your team. If you have anything you wish for me to do even before then, just ask and I shall do so to the utmost of my ability. However, I must say that I have limited access to internet, so please do not expect anything speedy of me.

well, i can speed up your learning process! and thus we can venture forth quicker! I have sent you an invitation link for our development group via private-message, you can join and have a view on what's currently going on,

Maybe.But i think the admin is working on another project.Just wait for a lil more and zed-u will have an update:D