From a startup indie studio comes Spheriums, a 1st-person adventure game about an energy-based lifeform called Spheriums. As Spheria, you will uncover the elders' old secrets, overtake the many dangerous habitats, repel the Drainers' your greatest enemies and their minions!

Since our most recent game update, we have received a lot of feedback on Spheriums from our incredible community and gameplay testers; we've been hard at work this month developing new and revised game systems we think you'll enjoy! 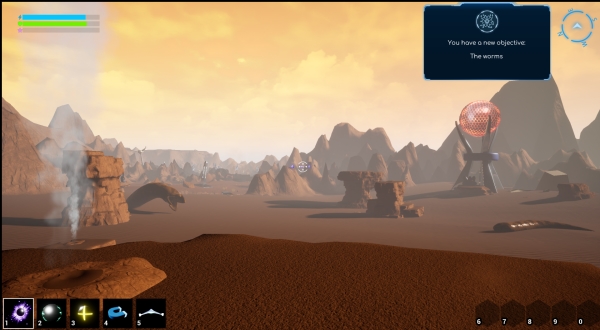 Your AI companion Kindra has been upgraded to now provide helpful level completion info through new animations and dialogue. We believe this will greatly aid the player in deciding where to go and what to do. The state of each active and completed objective will now be displayed on an easily accessible page in-game.

Spheriums' tutorials have been simplified as a result of these changes, and partially integrated into your interactions with Kindra. This has helped with the early-game's flow, and overall player immersion. 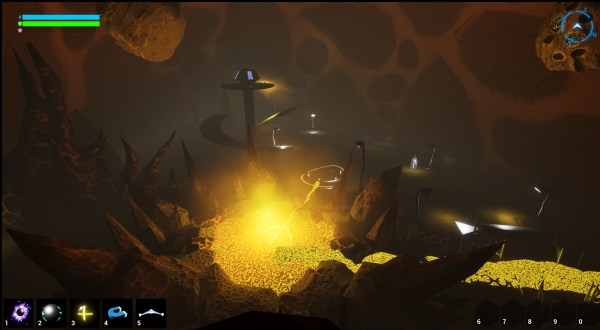 The weapon system has been improved by adding alternate fire options to all of the main weapons, giving the player even more options to fight the Drainers.

Energy Blasts and Psionic Orbs, for example, now have a powerful spread-shot which fires three projectiles. The Antimatter Shells, however, can be fired without using up any Structonite resource for a weaker alternate shot!

These new firing modes spend your energy bar, so energy management and a clever use of energy powerups is essential for getting the most out of your abilities.

Playtesting found it was difficult to perceive when the player was hitting some enemies due to the overall short range of weapons. We've increased weapon range by 50% for all the main weapons and reduced the curved arc on the Antimatter Shell by 50%. Combat feels more responsive with these changes and the Arcos also feels more powerful, especially at higher difficulty levels. 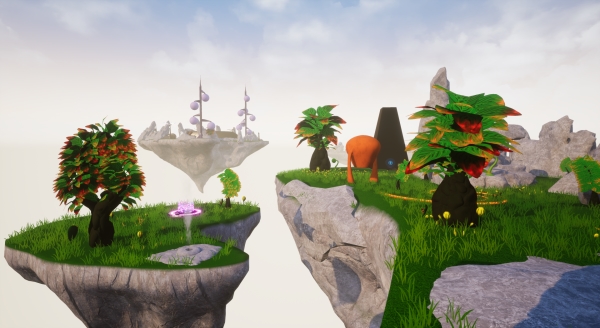 We wanted to reduce downtime spent gathering essential resources and get the player back into the action quickly. To get there we've increased the overall total of these resources nestled into level environments and had all resource nodes new and old respawn their resources at a faster rate.

The pick-up range for all objects was also increased to help with game flow, and speeds up resource gathering, and work on many of other objects Arcos interacts within the levels as well.

Spheriums is coming to Xbox Series X/S this fall

Here are the first screenshots... 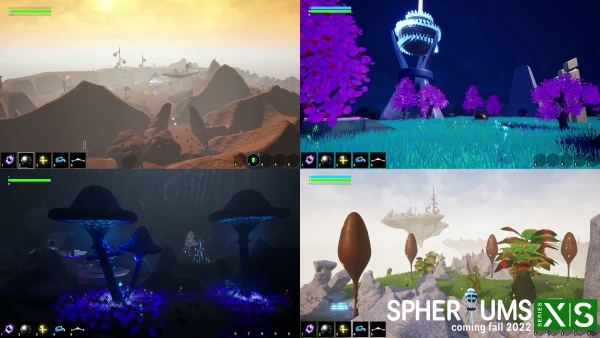 Today, we are releasing a major update as many fundamental aspects were changed, like the enemies' AI, quantities, difficulties, resource availability...

Montreal, March 1st, 2022– Spheriums will be coming to the Xbox.

Braintonik GameStudios is proud to announce that Spheriums will be coming to the Xbox Series X and S this summer.

The adventure continues on Zeros, a world of eternal darkness.

This update includes the 4th world of the story with new creatures, weapons, and power-ups. Previously released worlds have been refined. This is a huge...

Fighting some elemental creatures called the Mexodins on Meolia while being slowdown by an energy sphere fired from a Bosboon plant.