Shimmer is a desert island survival game set on a number of fictional island. Your task is to survive whatever the islands throw at you, lack of food, thirst, the dangers that lurk in the waters and the natural elements! I wanted to create something that gives players a hardcore survival challenge but at the same time something a little different. I am a firm believer that games are one of the best forms of ‘escapism’, a way to shut off from the real-world. So along with the survival elements you will also have the ability to create a new home for yourself on your island! The challenge is not one of escape but trying to make a new life for yourself, living off the islands resources and building your own home.

It’s been over a month since Shimmer’s last blog post so there is plenty to update everyone on!

The reason for the delay has mainly been due to conducting a series of pre-release tests and feedback and then implementing the necessary features from that feedback.

We are now 1-2 weeks away from releasing the first ‘public’ build onto Steam’s early access platform. I am incredibly excited to be reaching this huge milestone and I can only apologise that it has taken this long to get there!

This weekend has been focused on removing a few bugs as well as trying to add a bit more balance to the game. I am sure that there will be plenty of bugs and feature requests from players once it is release but I feel it is time to let the community begin shaping the future of the game.

Shimmer’s community hub is also now live and being monitored daily so if you have any suggestions once released or have any bugs to report, this will be the best place to do it!

You can visit the page here: Steamcommunity.com

So now on to the new additions and features:

Modular building is now a thing in Shimmer. Players can craft a Hammer (which currently costs 4 wood) and once equipped on your hot bar you can hold F to bring up the build menu. 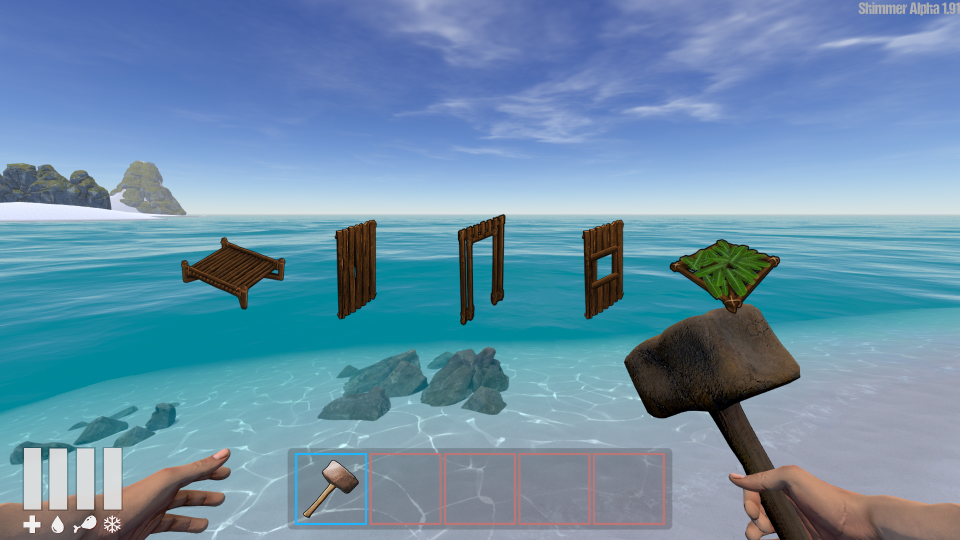 Currently you can construct: Foundations, Walls, Windows, Doorways and Roofs. I plan to add additional cosmetic and construction options from player feedback.

Players can place ‘incomplete’ sections of buildings and then use the hammer to construct each section. This will check that the player has the necessary resources in their inventory and will construct section by section.

I have wanted to implement a more involved wood gathering feature for a while now but the route I had taken for placement of trees using Unity’s terrain system created a few challenges.

However, I came up with a neat solution that works really well. By removing a particular type of tree from the terrain system and instead placing this using scripting I was able to create ‘choppable trees’. These produce two logs each giving 3 wood. 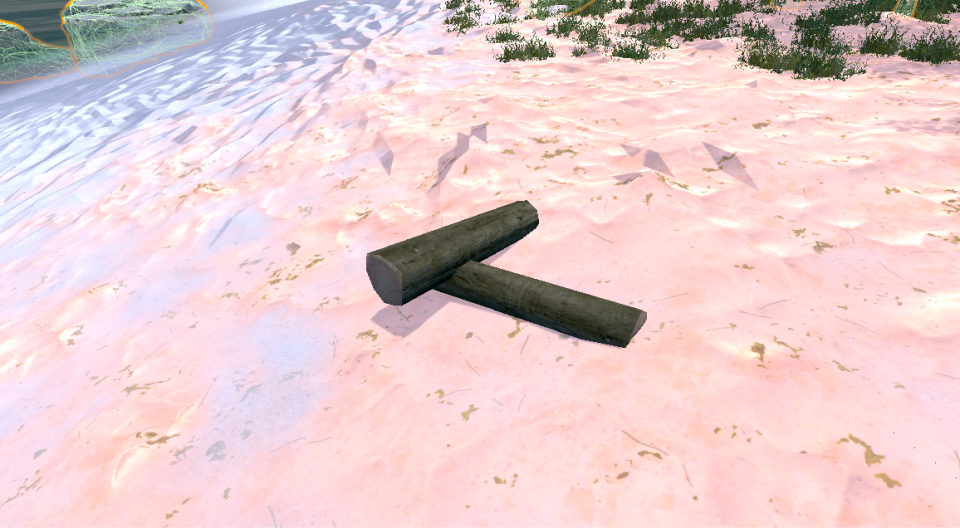 I also decided that the existing gathering of vines was a little lacking. I therefore went about implementing vines and the ability to use the in game knife to hack these down.

You will find various different vine types across a the islands, all of which can be harvested using a knife and will give different amounts of vines for crafting.

A quick update on the progress of Shimmer since the last blog post. This week we have a new cave, new UI and an update on modular building.

A look at our new steam page, improvements to rafts and new UI icons.

Shimmer is a desert island survival game set on a number of fictional island. Your task is to survive whatever the islands throw at you, lack of food...

Love this kind of game.Tracking^^

Looks good, if u could I'd add ruins on the islands assumin that the islands proceduaral generated.