It is with great pleasure that we'd like to announce 'The Forest' now has it's official home on the Steam Store! Come join the community discussion as we count down the last days before launch. 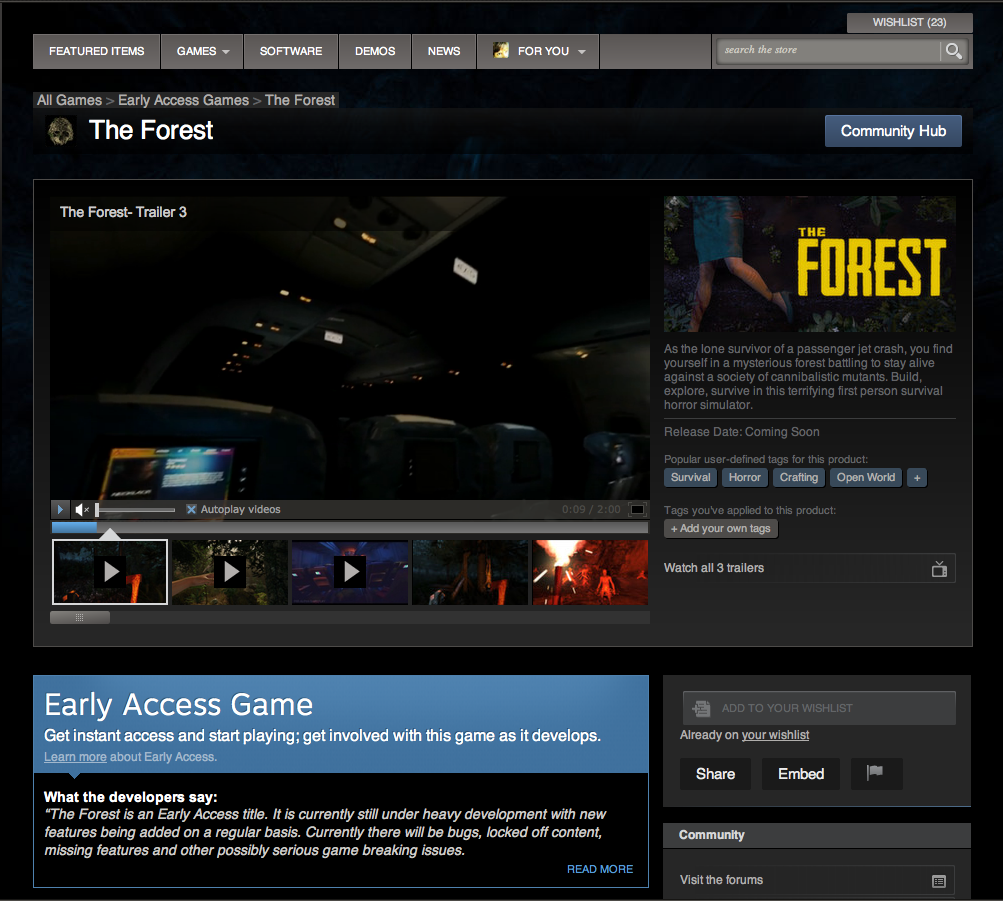 As the lone survivor of a passenger jet crash, you find yourself in a mysterious forest battling to stay alive against a society of cannibalistic mutants.

Enter a living, breathing world, where every tree and plant can be chopped down. Below ground explore a vast network of caves and underground lakes.

The Forest has been in development for a while, but now we need your feedback to make it even better. Our vision for this game is a terrifying open world full of gameplay options and player freedom. We've come a long way but still have a lot of features and improvements to make.

Here's a small sampling of what we hope to add to the game during alpha:

Have Questions You Want Answered?

Help pick the top 10 questions you want answered about The Forest before Early Access begins!

We're very happy to announce that The Forest will be available as alpha through Steam Early Access starting May 22nd for $14.99USD.

Here are the most common questions we've been asked during development.

Interview with 'We Got This Covered' on The Forest

We recently sat down with Michael Shelton of 'We Got This Covered' to talk about our survival horror sim 'The Forest'.

I like this game alot and can't wait for next update.
Btw, anyone know how many caves in current version? I found 3...

i never seen one on this

Hey guys, they are peacefull after You slay some of them. I have slain like 6 and only woman left. They were very peacefull and, it's some bug with it but.. one jumped straight in front of me and.. well.. fell free to see for yourself Youtube.com

Indie
Twitter
Tags
Embed Buttons
Link to The Forest by selecting a button and using the embed code provided more...