Year 1962, cold war opposing the two great nations, United States of Sheep and the Union of Soviet Sheep Republic, has never been as intense as it is now. Each nation is extremely caution and every suspicious element is treated with the highest priority.
Thanks to their spy network, the USSR has spotted a double agent working for the USS betraying his own homeland. Other than the discovery of this spy, his mission was alsoÂ discovered: brain wash the sheep in the infiltrated farm and, by infiltrating other farms in the country, create scarcity of wool all over the union.

Your mission (and you are forced to accept) will be to infiltrate the farm and to terminate the traitor.
But beware, the farmer knows all sheep in his farm. You must not get caught or your mission may be compromised.

As a pro sheep killer, this mission shouldn't be too difficult to handle. You've been trained, you been raised! to be the ultimate killer. You have no friends no family, all you've got is the love for the homeland and a fiber-wire as friend.
Now go Yuri, you've got work to do.

Sheep-Hit is a hitman-like game. You play the sheep killer Yuri and your mission is to infiltrate a farm and to kill the enemy sheep. To do so, you'll have to collect items/objects inside the farm and used them to find and approach the traitor. But don't think you'll be able to rush: sheep do not walk nor do they know how to used objects. You will have to study the farmer behavior as well as the dog behavior for not to get caught. As for the objects, expect little or no information at all about the use of them, expect the craziest uses! The way it should work isn't the way it might work here.

As you may know (assuming someone other than me is read this), the contest Hits Playtime is one month away from the end. From now on and until the 20th of June, people can vote for their preferred project. Only 10 projects, those with the most votes, will go to the next stage which is the vote of the jury composed from journalists, game professionals and others I can't remember. The next stage will last about a week, a week where the jury will choose winner. 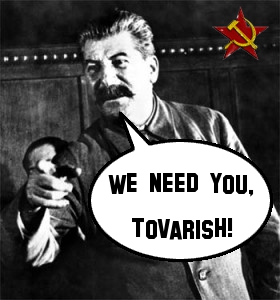 That is why, WE NEED YOU!
Some hours after the beginning of the voting, the Sheep-Team is happy to see that lots of people like Sheep-Hit and that we are followed by many persons. For that we thank you, thank you for your support in this big adventure (^_^)-b

To vote for us, please to go our blog (Sheephit.blog.lemonde.fr) and click on "Votez" on the right side of the page.

The voting has been open for some hours now, and Sheep-Hit has made a great opening.
At this time, Sheep-Hit has more than 350 votes and counting. We are proud to have so many followers and thanks to them, they've put us at the first place for now. That doesn't mean anything since the winner won't be the one with the most votes, nevertheless the Sheep-Team has won much more knowing that people like our work.

Let me explain what we will be doing from now on. If you are one of those who follows us, you may know that we haven't been very active. The school year took us too much time: the year project plus some other smaller projects burned our free time.
One week from now, the Sheep-Team will graduate (thank you, thank you) and so we will have all the time in the world to work for Sheep-Hit full time, hoping to release a new version of the game as soon as possible. Our goal will be the Beta version, that is all gameplay with bugs as a bonus :)

That being said, we wish good luck to all participants!
Find them here: Lemonde.fr

PS: And yes, in '62 Stalin was already gone. But if he was still alive at that time, I'm sure that would be what we would have said.

No one asked for it, but still there it is, the first playable of Sheep-Hit is out!

After only two months, it's time to release the teaser.